So I’ve now finished the whole of Taskforce Wolverine as it stands. This is comprised of the 5 Green Berets I showed previously and their backup force of US Army Rangers tooled up to the nines. I’ve also tweaked up my painting style and added a brown wash at the end that really helps to make them look better as well as painting up the bases.

First up the Green Berets: 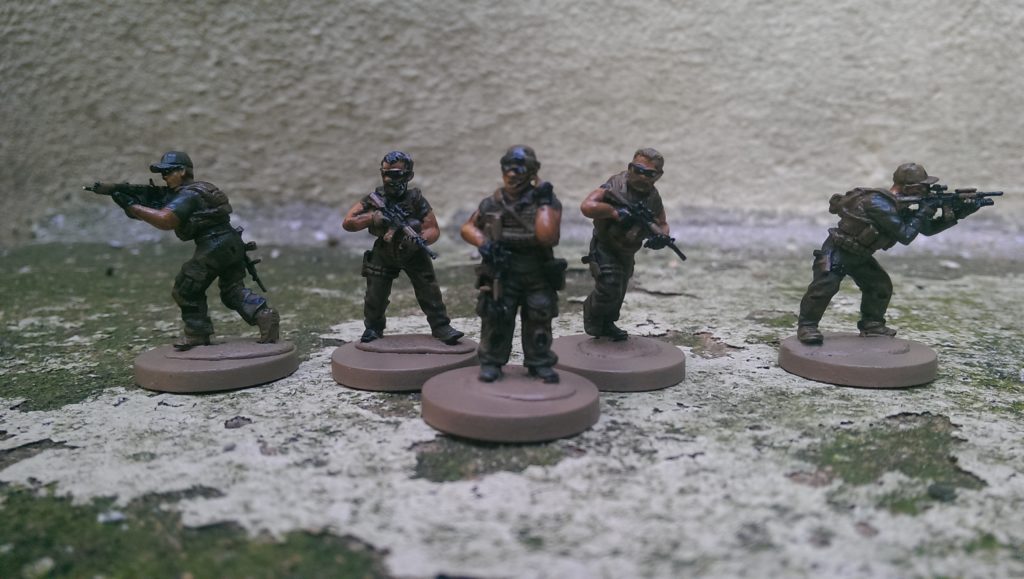 In both Spectre and Skirmish Sangin, these guys will be played as Elite. Most of them are armed with assault rifles and light armour although the grenade launcher and combat shotgun should help to even the odds.

Now we have the US Rangers. The models are the Spectre Miniature’s Delta Force. 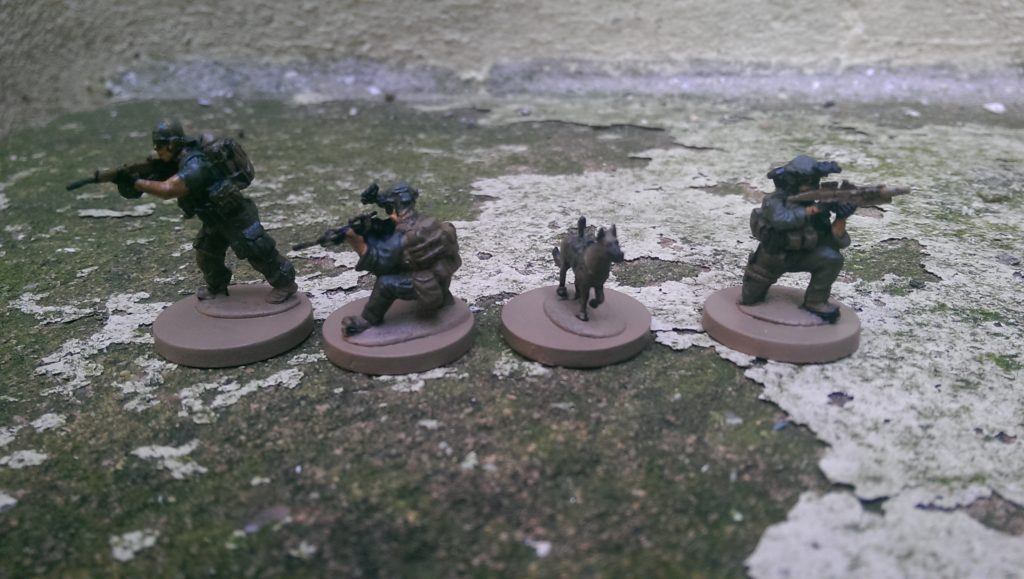 The Specialists add some much needed punch to go with the other two teams massed assault rifle usage. A grenade launcher, missile launcher, DMR and automatic shotgun should do the business. In additon, the dual purpose dog is useful in both Spectre and Sangin in sniffing out trap or running people down. 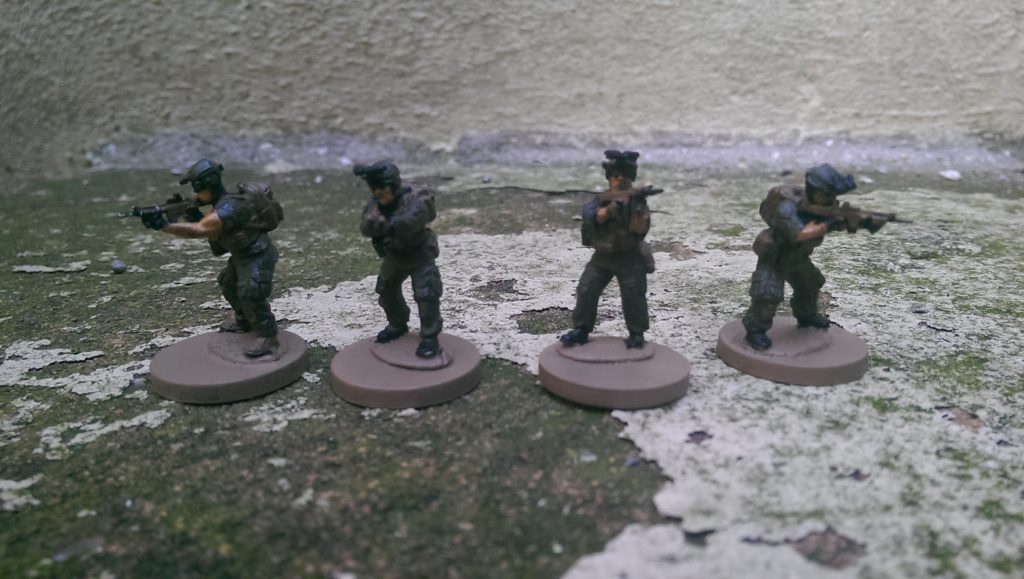 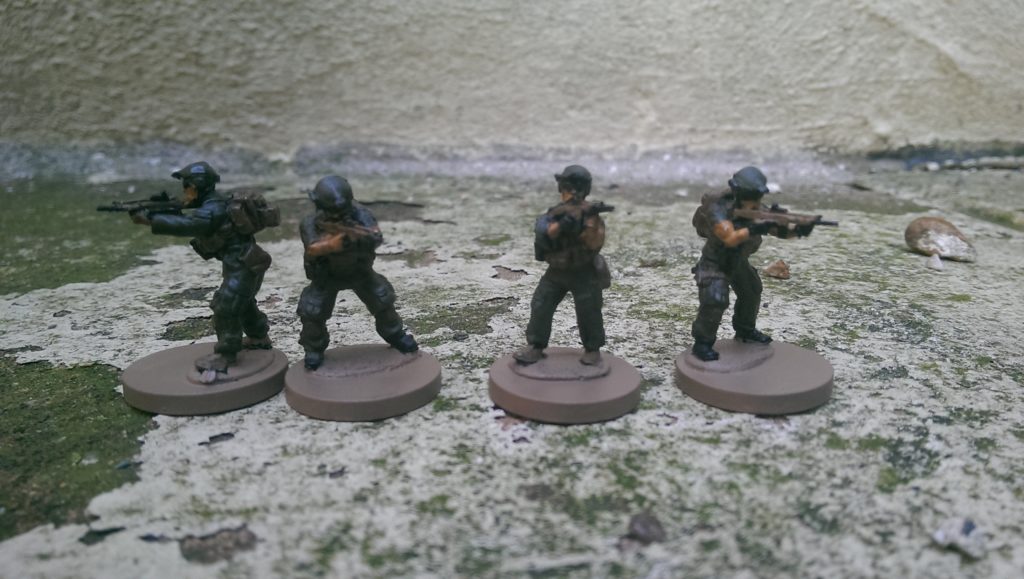 In game terms, I’ll be using them as Regulars in Spectre (purely so I can actually deploy all of them in the same game for a decent points price). In Skirmish Sangin, they seem more suited to be primarily Veterans, with maybe some variation either way. For most of them gear is full armour and assault rifles, with grenades and pistol across the board.

For these group I think I am pretty much done. Any potential additions would be some of Spectre’s machine gunners but I can’t see myself getting them any time soon – there is plenty of stuff already there to give the bad guys pause (or should I say paws) for thought.

If you are interested in any of the models shown, most are available over at the Spectre Miniature’s webpage. In addition they are running a mini-kickstarter for some very nice looking technicals and heavy weapons which can be found here. I’d love to get the tactical technical with a mounted minigun for the PMC guys to use (or for the Rangers to blow up with that missile launcher) but they are pretty far down the stretch goals. So get in there join in! Otherwise, I think I’ll settle with a nice heavy weapon emplacement so the militas can get some firepower

Next group I’ll be doing is the SAS and the group of British Army soldiers I have. I’ve order some more paints in order to do the MTP that they will mostly be wearing and I’ll be following the method posted up at Tiny Terrain Models blog. Main army units will be full MTP while the lighter SAS will be MTP tops, DPM bottoms to give some variety. After that, I’ll be starting on the horde of PMC guys currently sat waiting to be painted.