So this week was a combination of buying more stuff and getting a ton more guys finished off to make up for the slow down of last week.

First up new stuff. I have, for a while, been looking at doing some wargaming in the South Atlantic. Something about the pictures of guys yomping through the Falklands, laden down with kit evokes a certain style. In addition, it seems an interesting battlefield to fight on. Finally, I was wanting to expand the number of manufacturers I know about and to see how they scale against the usual suspects. So I picked up two sets of Gripping Beast’s British figures. The weapons are a bit larger, the faces a little longer but its unlikely it will matter on the tabletop. Bought some paints to do early 80’s DPM and I should have them done soon. The West Shiresdale Fuislers are joining the Task Force heading to the Falklands. 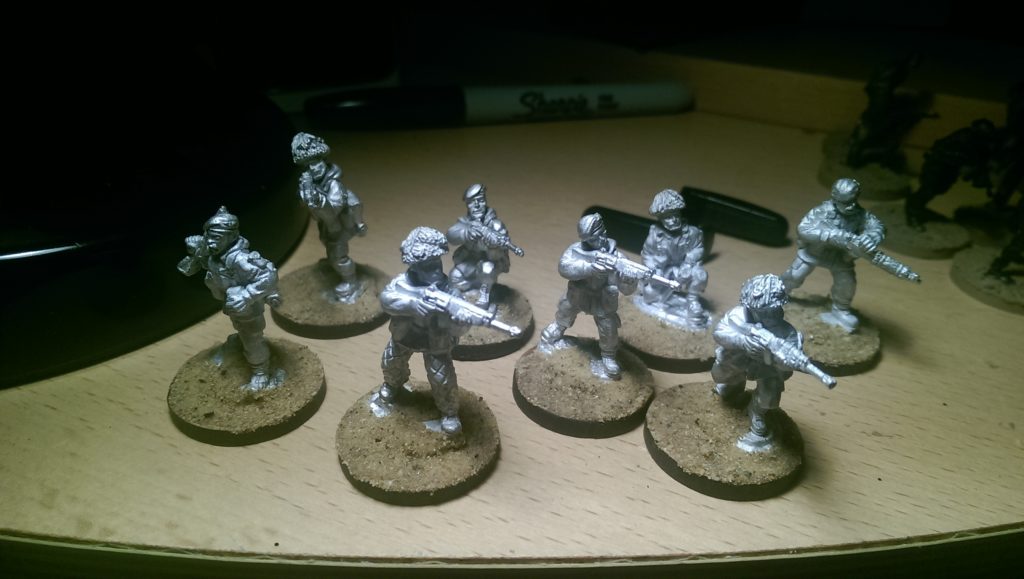 Next, I got some guys finished off. First up, GRU Operatives. I’m quite happy with these guys. I had to modify my stiple effect brush but I have improved my technic. The SURPAT gives the impression of the usual camo and is visually distinct from the Multicam guys. I also finished off the rest of the green armoured troopers from Empress. I think they are a nice set but not really interested in collecting more from the Project Gensis range; the models are a massive step down from their military sets. However, I now have a team ready in heavy armour for OSC. Finally I had a start on finishing my Insurgents. I’m painting them up to be a slightly higher quality than the African Milita I own (or the MENA milita units that tempt me so from the Spectre store). They are a bit more uniform, with green trousers or jackets all round. I’ll end up using them primarily for the selection of multinational mooks to protect captured VIPs, arms traders or undercover operatives. There are still 5 more guys to finish in that set. 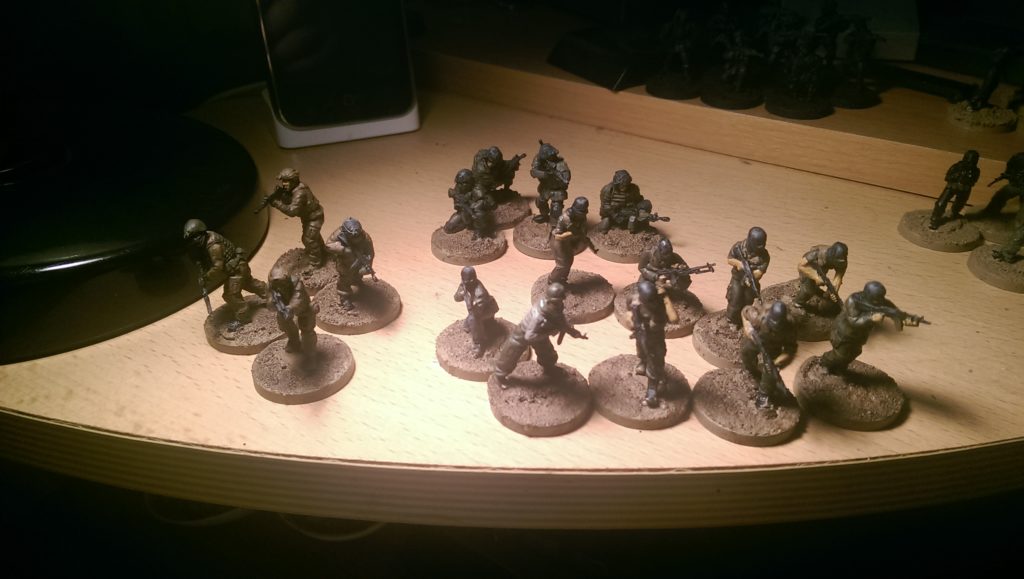 Also time for a time check. I have 92 days or ~13 weeks until my self imposed deadline. AS you can probably tell, the “BUY NO MORE MODELS” thing hasn’t happened. However, all that changes is how many models I have to paint. Either way, all my models will be painted by 0:01 on 01/02/2015. There are 117 figures left to paint (including a large vehicle) so that means I need to average around 9 models a week in order to get them all finished. Seems simple enough – I have a few clear weekends and Christmas should be have plenty of time.

In the process of being painted, varnished and based – 39 :

Models finished (Based, painted and varnished): 132