This week has been a pretty productive one. I’ve managed to finish off the insurgents, get my two VIPs finished and also tackled one of my personal stumbling blocks when it comes to painting.

First up is the last 5 insurgents. Overall I’m quite happy with these guys – they look pretty sharp when placed on the tabletop. Just similar enough to make them look like a force but each one just slightly different. The forces with even less uniformity will be the two sets of militia forces I’ll be working on. 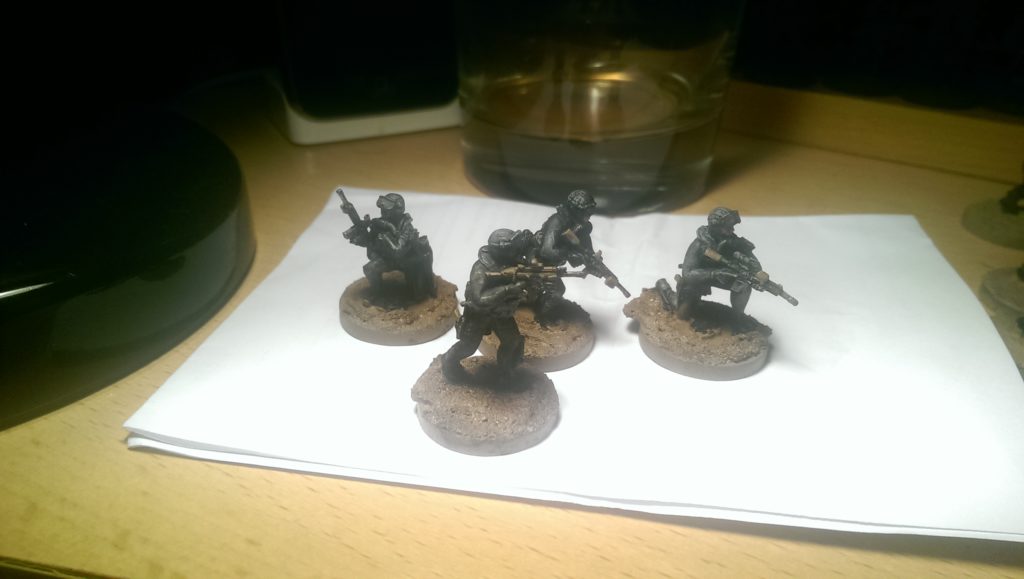 Next we have the guys I’ve been dreading since Day 1 – the USMC Frogmen from Empress. My fear was mainly due to their clothing being primarily black, leading to them looking rather unfinished. However, painting certain details (such as goggles and guns) and using both an iraqi sand drybrush and the usual basalt grey means it doesn’t look quite so much like I just basecoated them and ran away. I don’t think I’ll use these guys quite as much as I should do but they are fantastic. 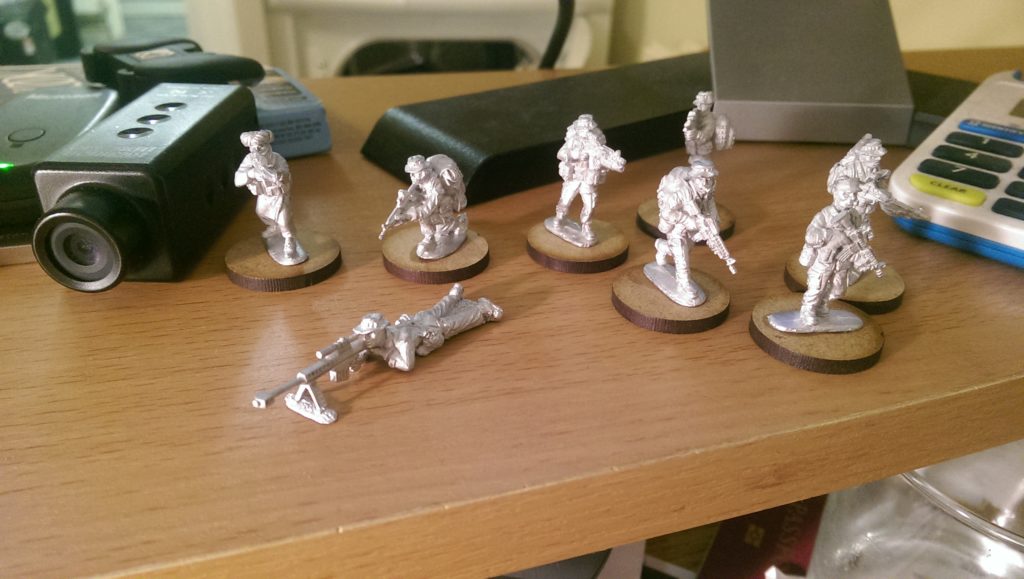 I grabbed a few more models this week, primarily to try out the Eureka range and see how they scale compared to Empress/Spectre/Hasslefree. My first purchases was the USMC Force Recon pack, the matching anti-material sniper and his opposing number for the Taliban. I also need the last guy so I can run certain scenarios from the Skirmish Sangin book including the Sniper Hunt which looks particularly interesting. I am still looking for a way to base the sniper that matches the profile of the other bases but that requires finding a single cavalry sized base which might be pretty interesting. 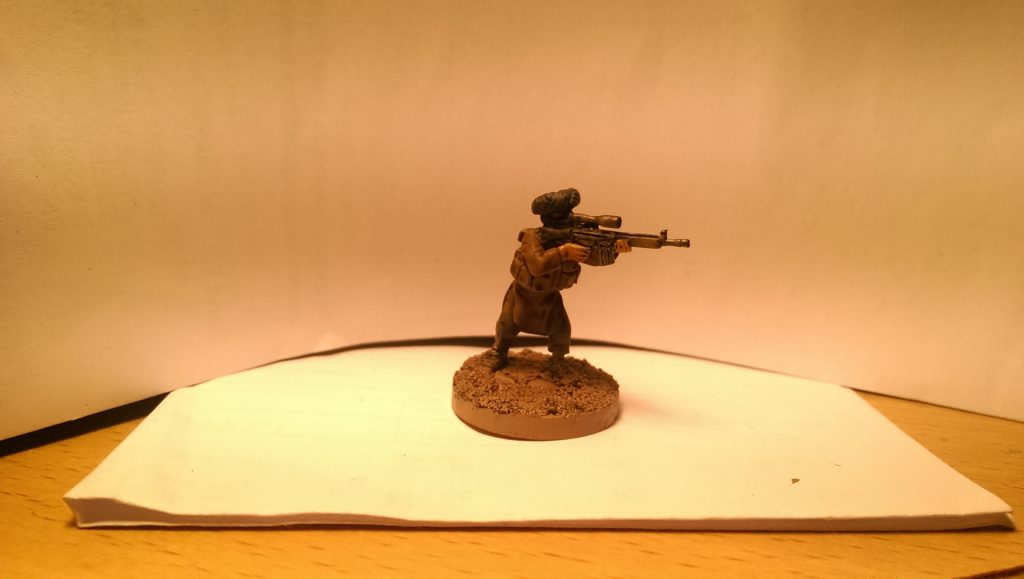 Seeing as it was a single model, I managed to finish the Sniper. The G3 was a joy to paint, and is unusual to paint one of these figures in boots. I also painted him with combat trousers, much like the commander model to show he is a cut above the rest. 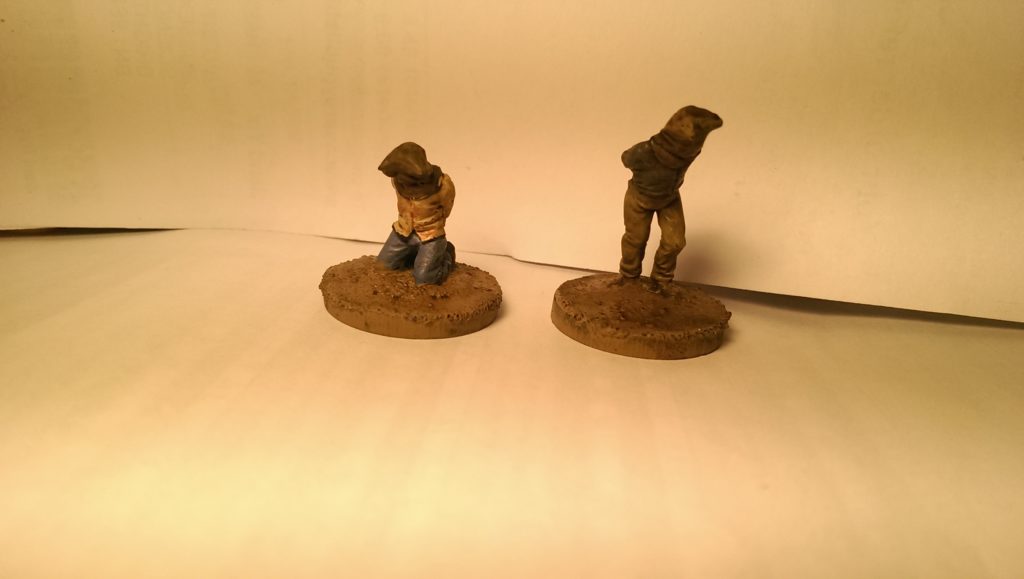 Finally, I got the two hostages painted up. Nice simple figures with a few little details to make them fit into the role.

In the process of being painted, varnished and based – 36 :

Models finished (Based, painted and varnished): 145