After last week, I’ve slowed down a little bit in terms of painting. However, I have managed to add some more to pile thanks to Spectre’s upcoming releases.

They had already announced vehicles in the past with their kickstarter exclusive SUV and their Technical project. However, we now see the first two releases, a SUV and an offroad version. I’ve decided to pick up a few to make a convoy, perfect to be ambushed or protected. I also picked up their VIPs and close protection operatives – I love these characterful models and when I start running a campaign with them, I really want a good collection of VIPs to use. Finally, I also picked up some MENA militia guys so I have a more appropriate OPFOR for some upcoming games. On the same day, Evil Bear also announced he was releasing his new vehicle, a British Army Panther, at an exclusive launch discount and that’s how I now have a vehicle park to paint.

I also ordered some new bases and some basing material to make the figures look a little more interesting. 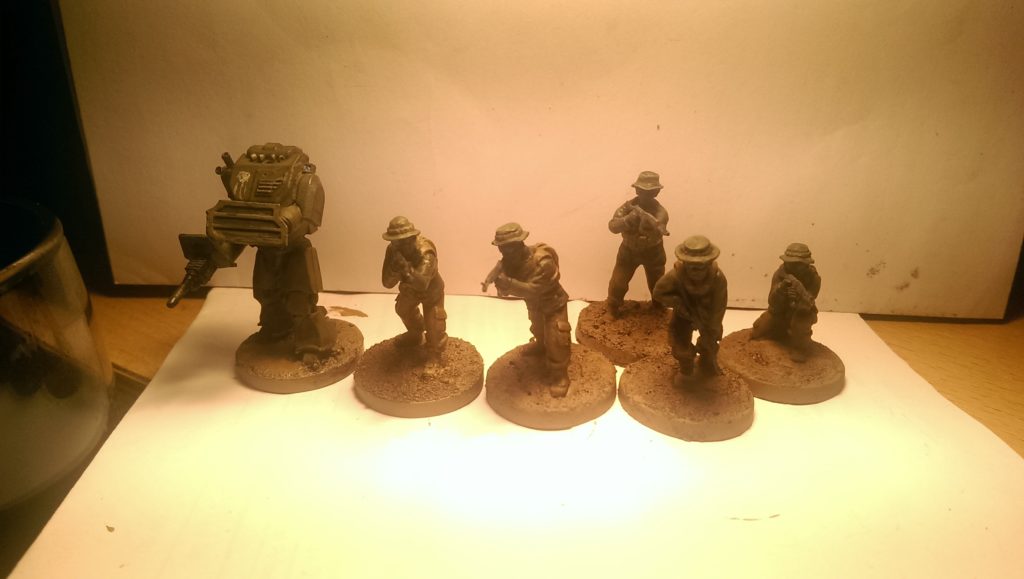 That’s not saying I haven’t painted anything. I have finished off my African soldiers and got the first hardsuit all painted up. Sadly just after I varnished them I noticed they have developed frosting so I will probably redo them a little. I was happy with them – they should be handy for playing African Union forces or generic African personal. The hard suits were great fun to paint and were something different from the rest.

Next week is going to be a slow one. Working late nights and then heading up north for family occasion on Thursday. Might get some painting done but not promising anything,

In the process of being painted, varnished and based – 31 :

Models finished (Based, painted and varnished): 150