I managed to get a little bit more painted this week – starting on the operators and putting the final touches to the hard suits. I’m not too fussed about adding the wires for the machine guns but I probably will do down the line. Overall, fun kits to make and will be great fun on the table top. 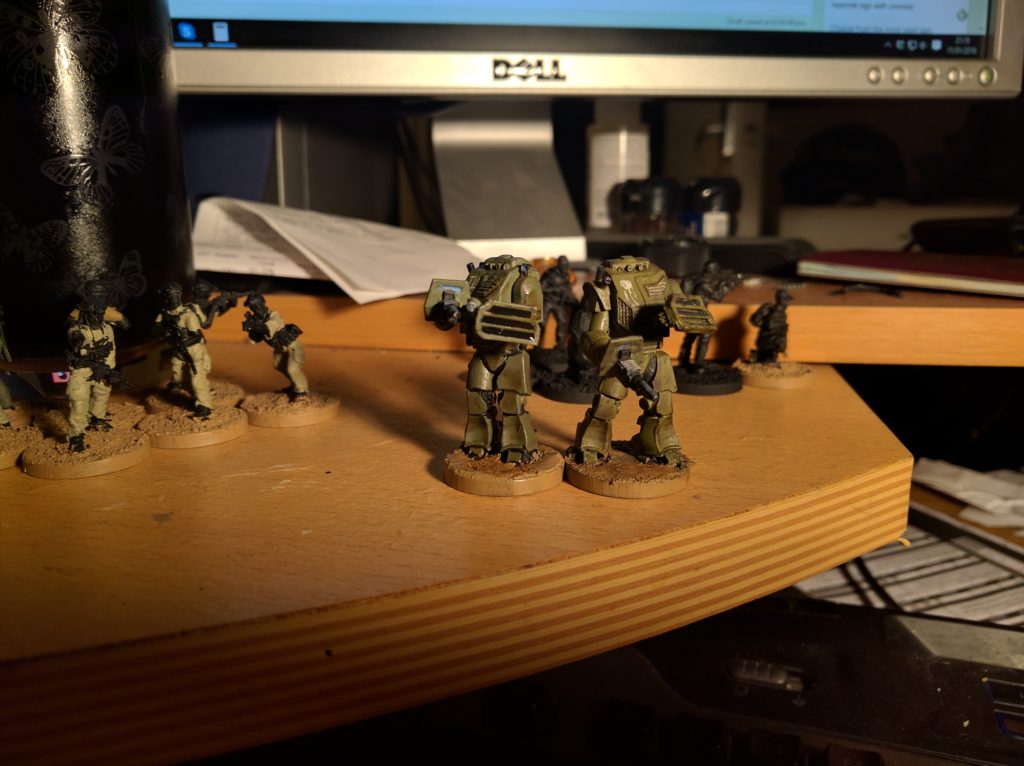 Next week, the aim is to get the operators and deniable guys finished off, as well as a bit of mopping up of the in progress stuff. Then it will be a straight run into the end with the piles of militia to finish.

In the process of being painted, varnished and based – 14 :

Models finished (Based, painted and varnished): 186