If you want some objective thoughts on the rules listed below, the main article is here.

I repeat the disclaimer I have used throughout this series: I have done some writing for Skirmish Sangin and I am listed in the Spectre Operations book as a play tester.

To be clear, these are my personal thoughts as of date of publishing. I own all the rulesets (there are physical copies sat next to my desk for referencing) and honestly I’d probably be happy to play all of them! But there are pros and cons for each of them which I will detail below. PLEASE NOTE THIS IS MY PERSONAL OPINION.

What are my personal thoughts? 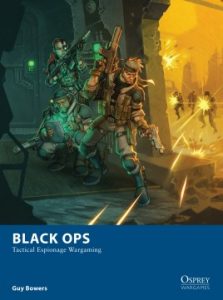 Blacks Ops is the definition of a good ruleset in my opinion. It’s fun to play, has some clever ideas which it does really well (the stealth rules and noise system is fantastic) but it’s isn’t truly excellent in any one particular way. It’s a game I taught to a room full of people at a friend’s housewarming, they had a lot of fun and many of them remembered the rules the following day. It is the quickest game to get up and running and is spot on for what it is designed for – black ops. Overall, its a great set to own, have on the shelf and roll out when you fancy a change and want to play something simple and exciting very quickly.

Pros: Quick and easy to learn, an excellent stealth system, lots of toys to play with, very fast setup time

Cons: Can be a little too simplistic, finding a rule can be a bit of a pain

The ruleset makes sense BUT I find its simultaneously very detailed and too slight. If I want this style of game, Skirmish Sangin is preferred and has a lot more to it to make it more exciting. I do give it a little bit of slack because of how short the rules are but even so, there are other things to play that do everything better.

Pros: Short and easy to learn.

Cons: Other rules do the same job but better. 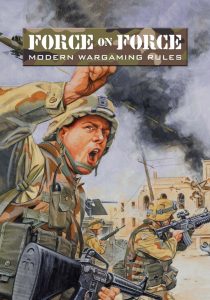 Honestly, these rules are great.The sheer breadth and depth of rules is amazing, allowing for literally any military situation on land in the last 80 or so years. It does a good job of showing modern combat with all it’s confusion and various skills. My problems really start with it being so broad it can be overwhelming. The lack of an sort of army builder is a pain when wanting to try something different which can lead to players creating massively inappropriate armies. Finally, the books are lovely being filled with artwork, photos and scenarios but can be a pain to find rule definitions in there.

Cons: No army list so very dependant on checking, a lot of rules to learn, not easy to find a rule you want in a hurry 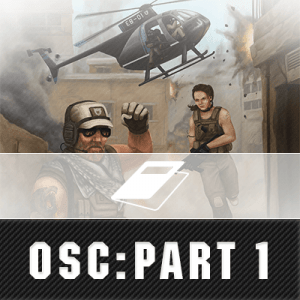 OSC is fantastic in that it does something different. It does away with long statlines, instead focusing on a single value and a pile of actions you can do. It’s well set out, easy to thumb back and forth through. The actions make you feel like you are in an action film; in fact I’d say it’s the game on this list that reminds me most of airsofting thanks to it’s focus on claiming objectives (be they positions, items or people).

The main downside I have is that it feels like the first part of something. It’s the early chapters of a rulebook showing you the core but tempting you with what is coming soon. I think Part 2 will really add to the game and make it something I’d be more interested in playing more of. This isn’t really a knock against the rules, it’s just the next game down really occupies my mind when it comes to controlling single figures in a skirmish game. I’m also not a huge fan of the setting it creates but it’s easy to ignore and just use the rules for everything else.

Pros:  Lovely laying out of the rulebook, lots of actions to do, simple core mechanics, It does something different…

Cons: …But not different enough, can feel uncomplete 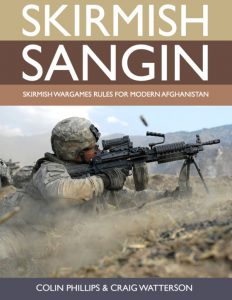 If someone says “Set up a game for next week”, this is the first game I would choose to play. I love how a character feels like an actual person, with a variation on the stat-line depending on a dice roll and a host of specialities to pick from. I love how combat revolves around the idea of “easy to spot – > hard to hit -> easy to kill”; firefights without cover are brutal things. Explosions take up a more realistic size on the board and the difference between being caught in the kill zone and sitting just in the damage zone really drives home how dangerous a modern battlefield is. I like the action point system, I love how choosing between changing stance and running just a little bit more can be the difference between life and death. I love how body armour of any kind is a genuine trade off; true it will have you from that shrapnel, but it might just give your opponent the edge in activation order. There are so many parts to the game that tie together to create a gripping game that is a fantastic story at the end of it. I find myself finishing a game and rather than talking about dice rolls, I talk about the game as if it was a tv episode.

Now there are downsides to this game. The main rulebook and list of modifiers is pretty intimidating for a player reading it for the first time. The game definitely has an upper limit on the number of troops a single player can control (15 is the upper limit of comfortable in my opinion). There can be a lot of counters between morale, current pose, wounds, etc. I don’t get the “Kid in the Candy Store” feeling a crave when writing an army list. Creating a scenario can be almost RPG esque, rolling up and writing down profiles for each and every character. But at the end of the day, I keep finding myself rolling D100’s and trying to remind myself of the modifiers table. The reason I write scenarios for it is that I want to play more of it!

Pros: Deep character system, quick to play (once you know the basics), logical rules, ongoing support, one of the rulesets that make you feel like you are on the ground IRL, lots of scenarios to play among the 5 books/online downloads

Cons: Can be intimidating on first look, lots of counters, lots of setup if writing own scenario, hard to play above section level with only one player per side 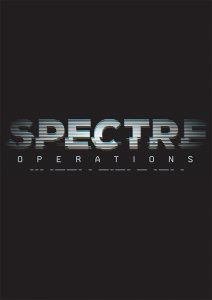 The newest on the list, these rules are beautiful to behold. The rulebook is great to read and the rules simple to learn from it. It’s easy to run battles from a few SF operators up to full platoons. The gear selections makes every weapon feel different and so crafting your force is almost as fun as playing. Once ingame, it’s fast and fluid. Characters outside of cover do not last long – you need to play tactically, using all your tactical and command skills to get through the day. It has a wonderful sense of character to it – every mission feels like a military operation. The game also supports vehicles making it perfect for a “get all the toys on the table” sort of game.

Cons: Can feel a little “in-progress” with some elements (vehicle rules and large engagement specifically), points balanced forces can be massively outnumbering each other, one or two head scratching rules