I haven’t been going to wargames show very long but Vapnartak will always the start of it. Normally this is due to going to see my wargaming buddies in York but this year my buddies were busy.

Vapa is huge, taking place in the stands at York Racecourse. Spread over three floors, it features a good mix of participation games and sellers. It also includes a bring and buy sale.

I really like these shows as it’s a chance to see what people are up to. For example, I managed to catchup with one of the guys from Empress and hear what’s coming up next. As a Brit, hearing some of the stuff has me really excited for their plans. Now just to get everything painted… 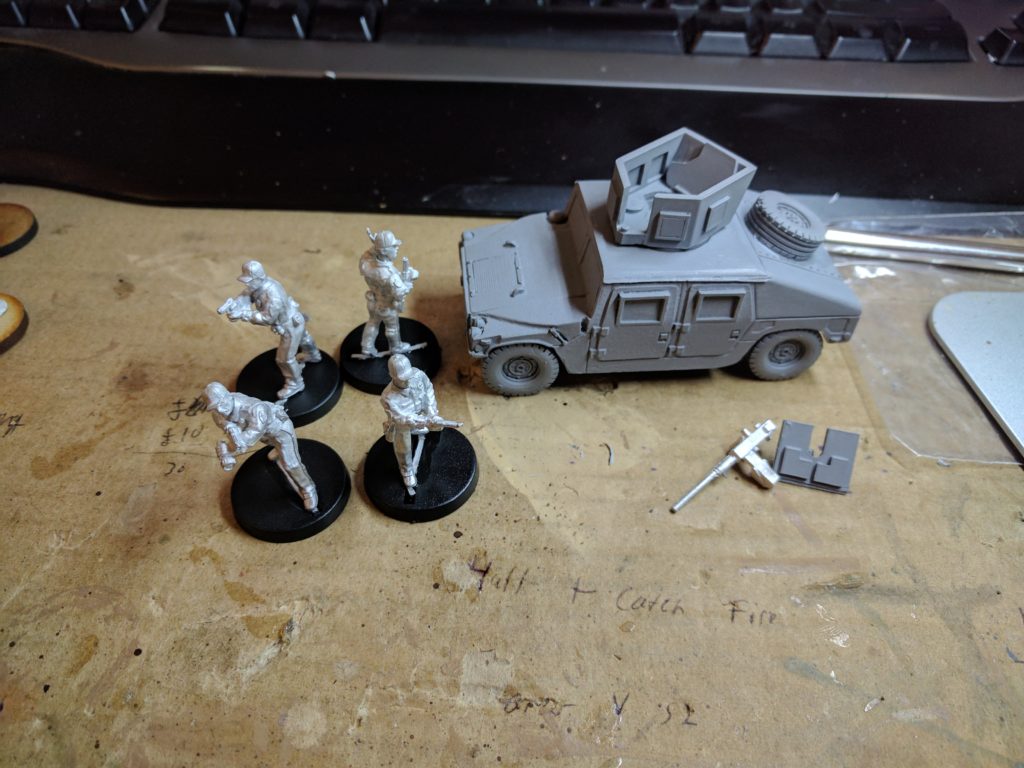 As with all wargames shows, it’s hard to leave without having picked up a few things. Seeing as the bad guys now have technicals, the Americans need some heavier fire power at their disposal. Empress makes some great vehicles and their Humvees look spot on. However, I am going to make a few tweaks to it. Rather than using the included HMG, I’m going to stick a magnet on the pivot for the gun. This means I can use the Spectre guns, allowing swapping between the American mode (using the M2 .50cal) and the Bazistany mode (using the DSHK)

I also picked up some of Crooked Dice’s Lawmen figures armed with pistols. These guys will either be used for local Bazistan police or local refinery guards employed by the Argo Corporation. I was really impressed with the SAS guys I bought and I look forward to getting more goons for the board.