So since last time, I’ve done a few things to get ready for building the demo board I have planned out.

The buildings are from Knights of Dice (delivered by Shiny Games in the UK). I picked up Desert Compound 2 and Desert Residence 1.  The buildings went together super well, just had to pop them out of MDF frame (assisted by the MDF crowbar that came in one set), pop out any inner bits and then assemble together. A few of the guys on the Spectre Operations group came up with some nice advice about building them. The dry run went together really well so next step is gluing everything together and then break the primer/textured paint out. 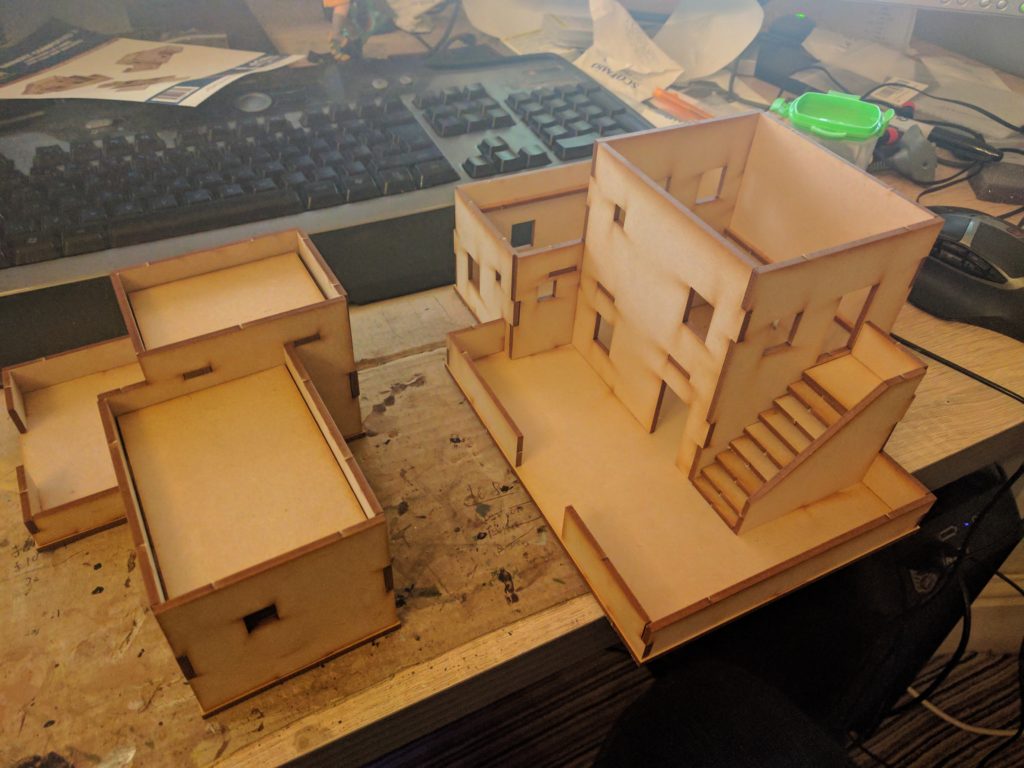 I’m also going to look into getting some detail items to set the scene. Thinking fencing, tv aerials and air conditioning units to be attached permanently with some more situational stuff (like sandbags) to be left loose and added when needed.

In a few day’s I’ll be grabbing the bits I need for the board (as well as maybe a little extra) and finally pushing the button on the most expensive item that makes up this build.