New idea I want to try –  a weekly update covering what I’ve been up to for the previous 7 days. It will ever contain short summaries o

So lets start, covering the 27th of Feb through to the 5th of March 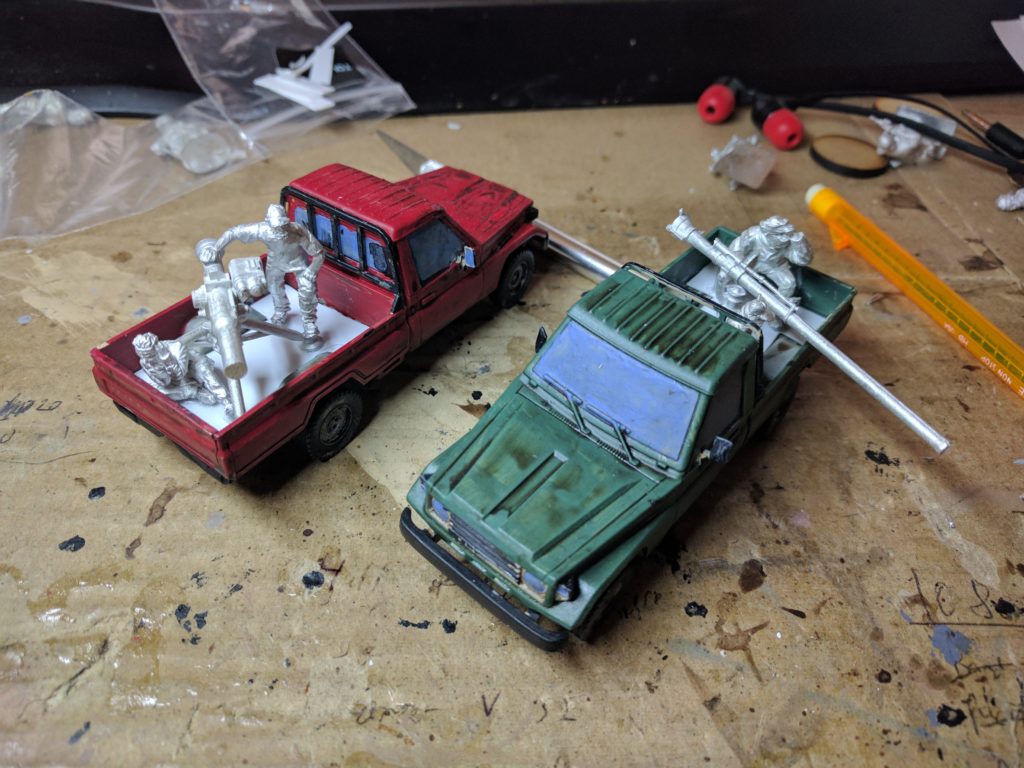 The only other posts this week was an update to my Technical article in order to cover the TOW and M40 weapons. Find the details here!

This Saturday was Hammerhead at Newark Showground. 1 hour and 10 minutes from my friend’s in York, the show was really good fun. A huge convention hall for most of the games (with a smaller lounge in a separate building) lead to a very impressive looking show. Some really cool games (the Mad Max table was a loud highlight) and an excellent set of stockists makes Hammerhead well worth a trip. Alas, no pictures as I was busy but WSS and Wargames Illustrated were snapping away.

As for purchases, see below.

After Hammerhead, I went back to York for an afternoon of wargames. Two games were played and both were a really good time 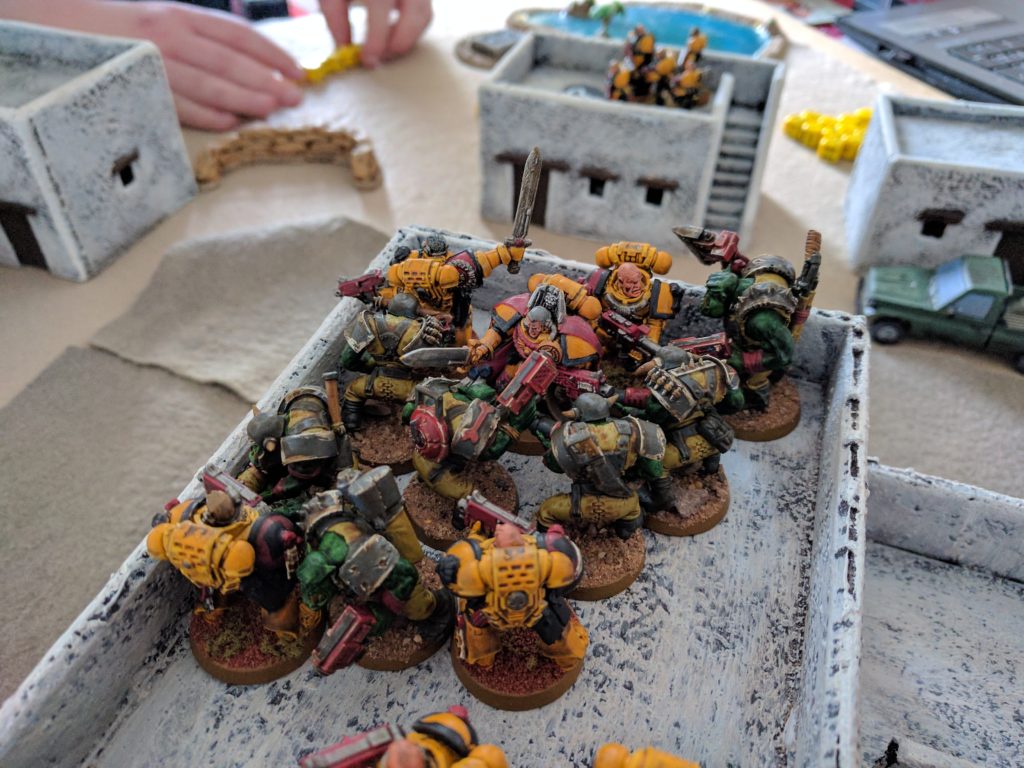 The first was One Page Warhammer 40k or Grimdark Future. Now I’ve started playing Warhammer 40k proper with some work colleagues and, as fun as it is, it has some major issues. One page throws this all out of the way and focus down on a much simpler system. It’s more about throwing more dice rather than lots of different dice and counterproductive special rules. As for the game, the Imperial Fist Battle Brothers fought off the Orc Marauders thanks to the use of roof tops packed with dudes in power armour. 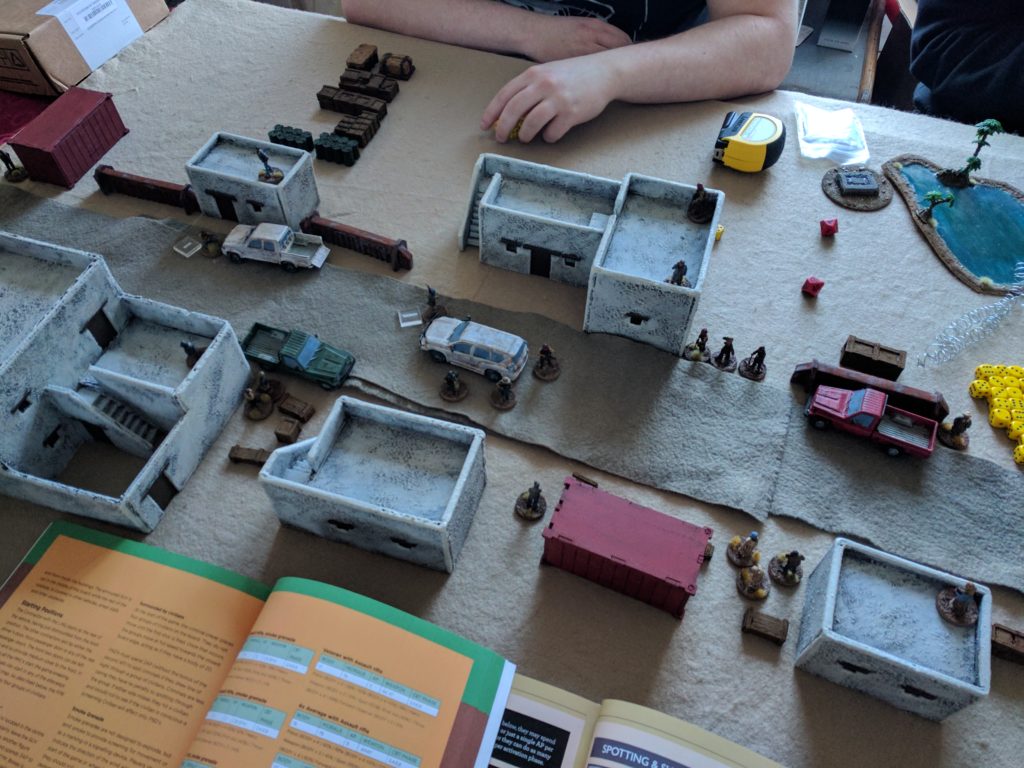 After that, I pulled out all the paperwork and we began a really fun (if a little slow) game of mercs vs bad guys. We played the scenario I wrote for Skirmish Afika and action was fantastic. As I as teaching the game to multiple people (and refreshing one person on it), we only got 6 phases in but the action included rounds spraying down the street, an operator empting the last of his ammo into a shipping container someone was hiding behind and some dramatic deaths.

The only problem was near the end, getting tired and flustered, I lost track of which turn it was. As some planning to demo the game, I need to play some more to get used to it. Alternatively a laminated copy of the turn track would help out.

So looks like I’ll just have to play some Skirmish Sangin then! 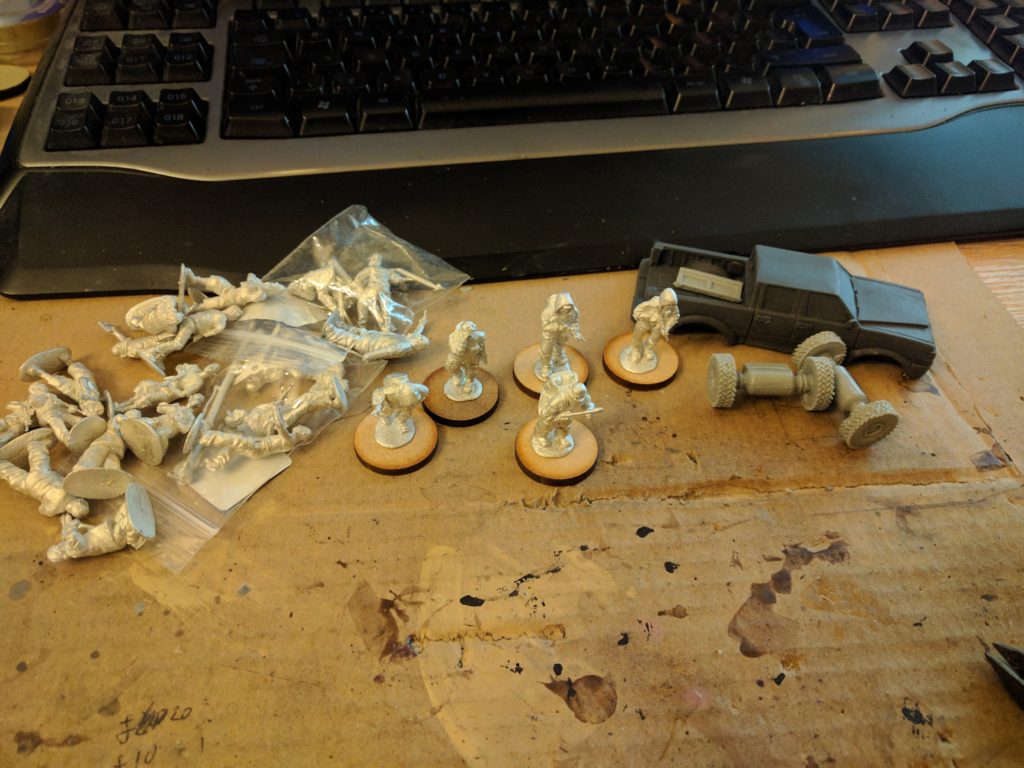 Earlier in the week, I had two parcels arrive at work filled with hobby goodness. The first was from Evil Bear Wargames who sent me a miscast of their technical. It fits well alongside the Spectre vehicles (if a little small) but unfortunately I cocked up the assembly leading to a bit of a mess on the underside. The back of the vehicle will fit my HMGs once I’ve sanded down a bulge on it.

The other pack was Spectre’s new Cartel range. As it’s new and shiny, I just had to have it. I haven’t assembled them yet but I have found a few figures I’m a great fan of the. The Sicarios are very dramatic and will be pulling double duty as bank robbers and agents. As for El Quemador… he looks generic enough to be working for the Bazistan militia. 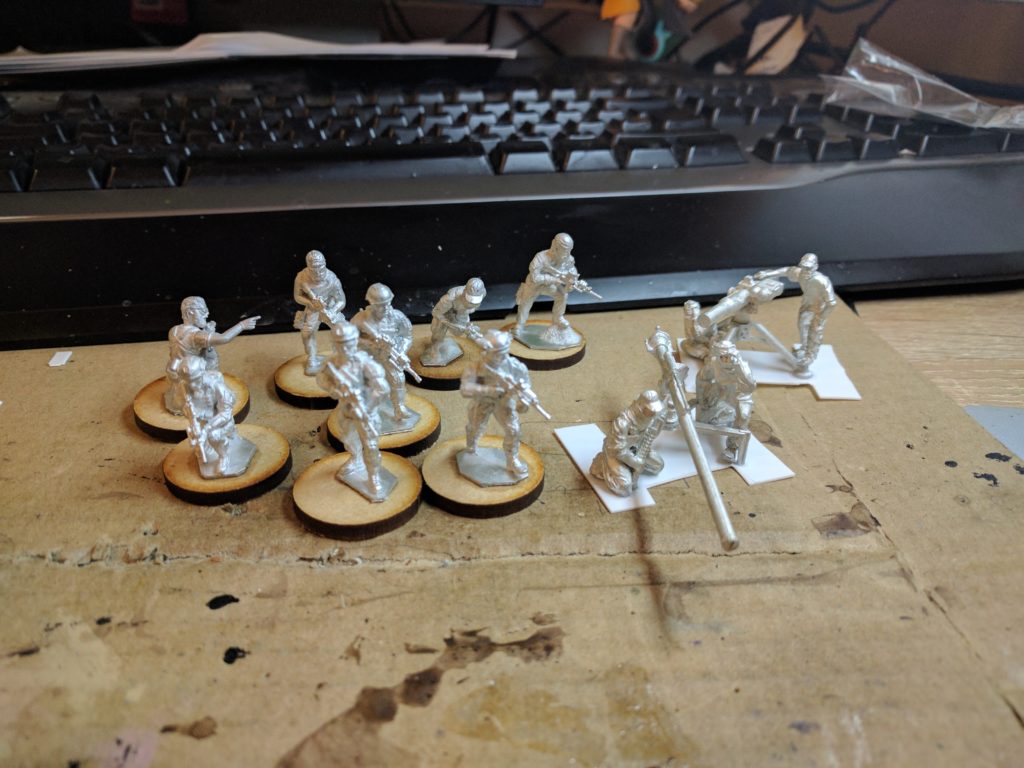 As part of my trip to Newark, I picked up a few things from Empress. In addition to some terrain items to pimp my MDF buildings, I grabbed to US Infantry packs. The SF guys in light kit will be joining the Empress SAS figures as Argo Corporation Contractors while the Assaulters will join my other US Special Forces

That’s all for this week, more catchup next week. 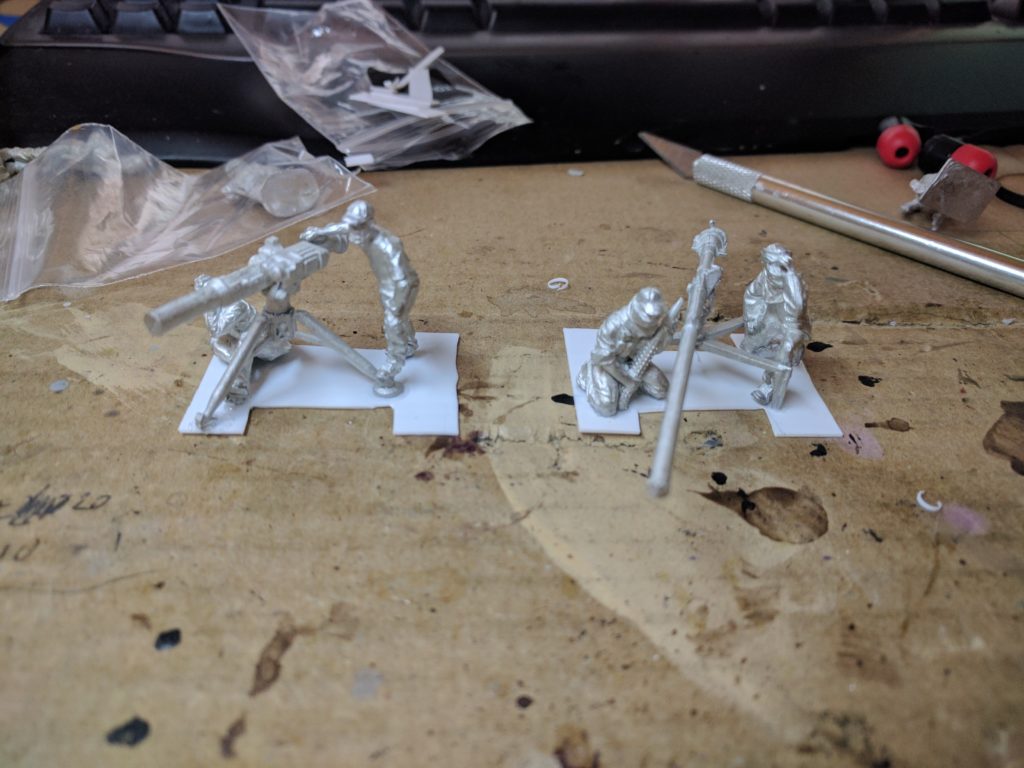 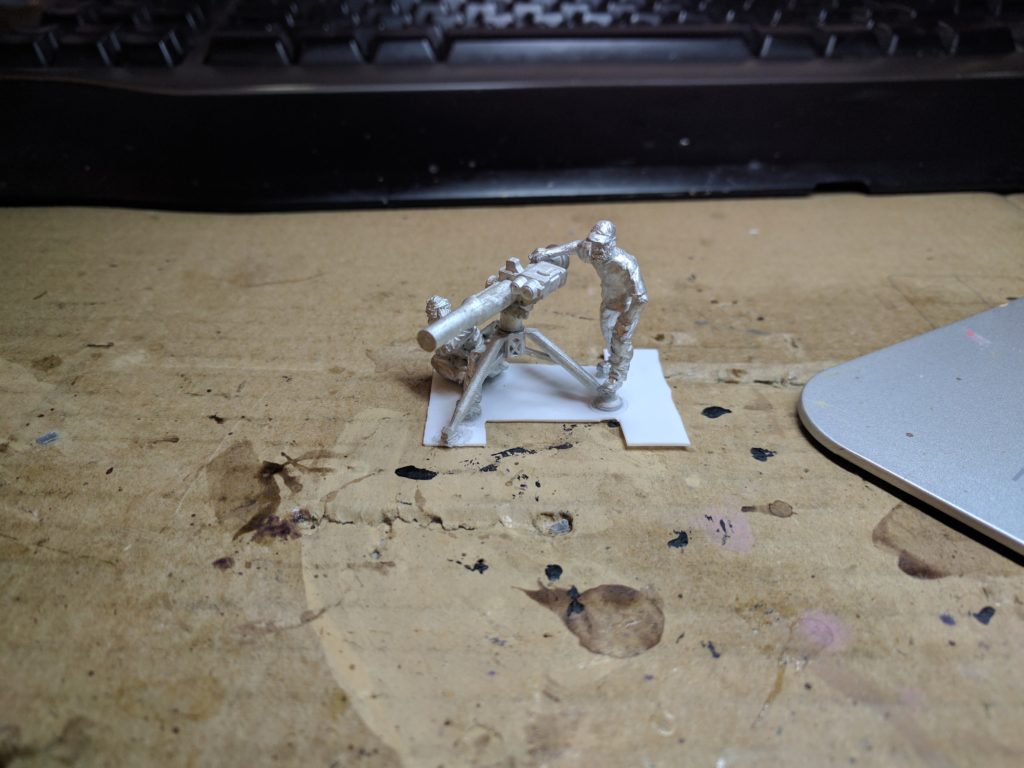 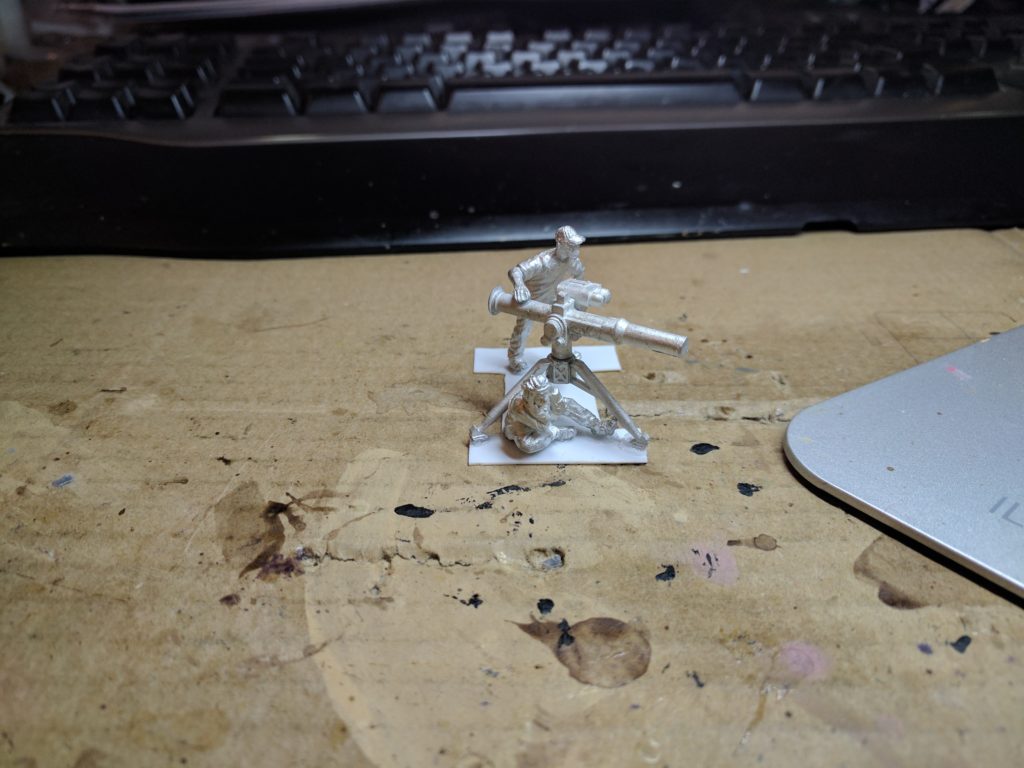 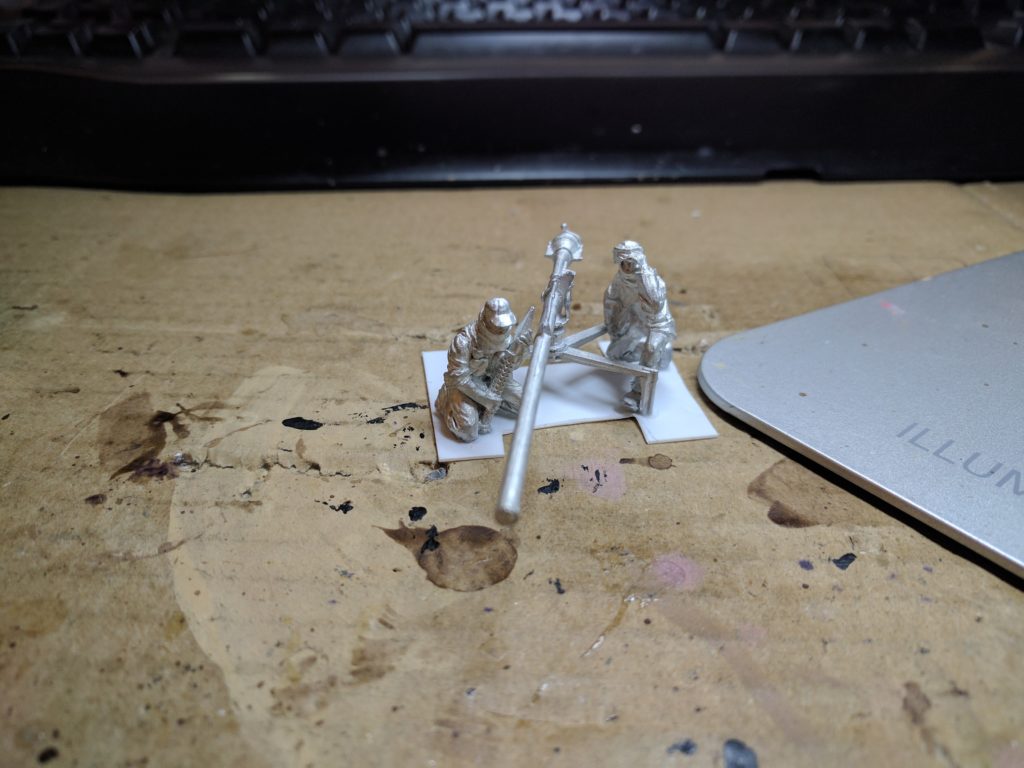 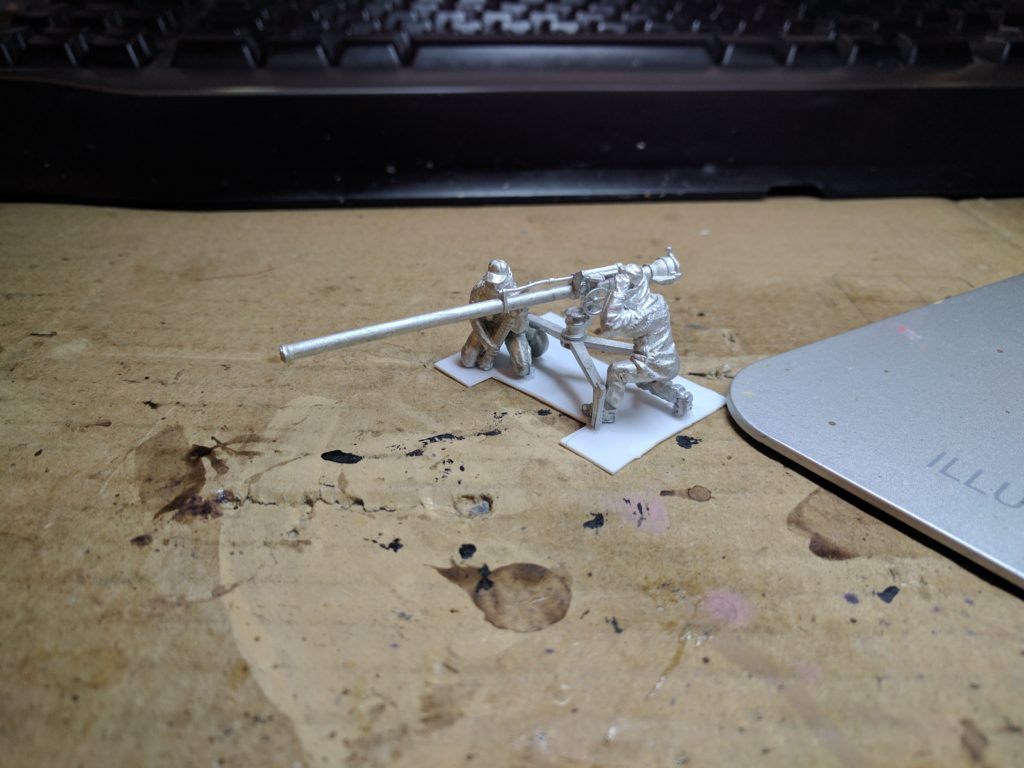