Lets start, covering the 13th of March through to the 19th of March

The first was a report on my first solo game of Skirmish Sangin. It was a pretty good game and lead to some action packed situations – the rebel rolling a frag grenade under the escape vehicle was particularly fun.

The second is looking at my Adobe buildings and comparing the different manufacturers of them. Each does a different role and I’m probably going to end up buying some more from each of them as the year rolls on. 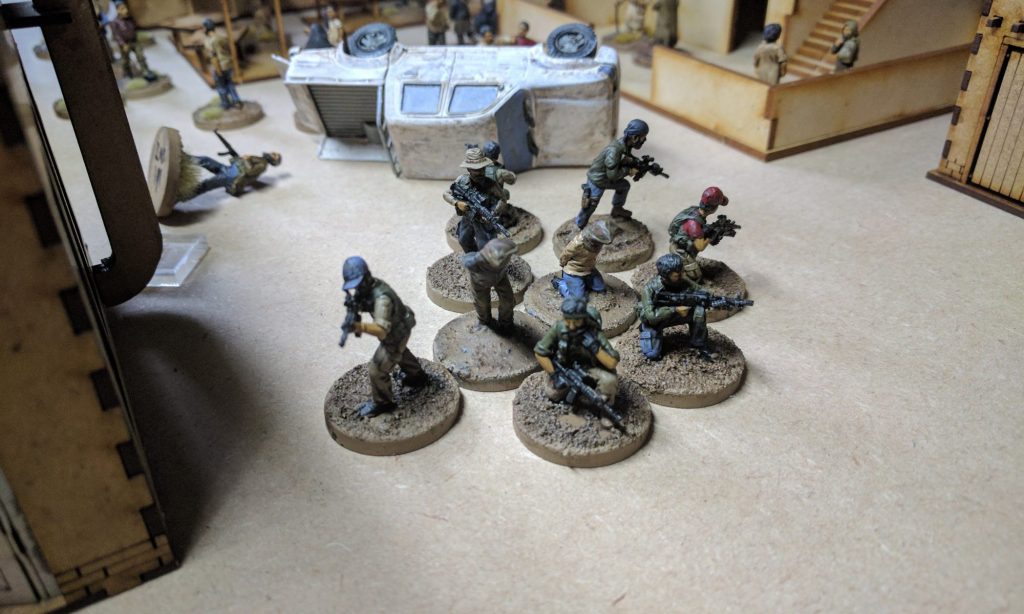 I got my first solo game in as I mentioned above. Go read the report for my full feedback but it was strangely nice to play solo, especially when trying out rules you’ve written. You miss out on a lot of the social side but it does mean you can play at your own pace. I was able to take notes of every action each time a character was activated which is something that would probably not happen if I was running a game with someone else. 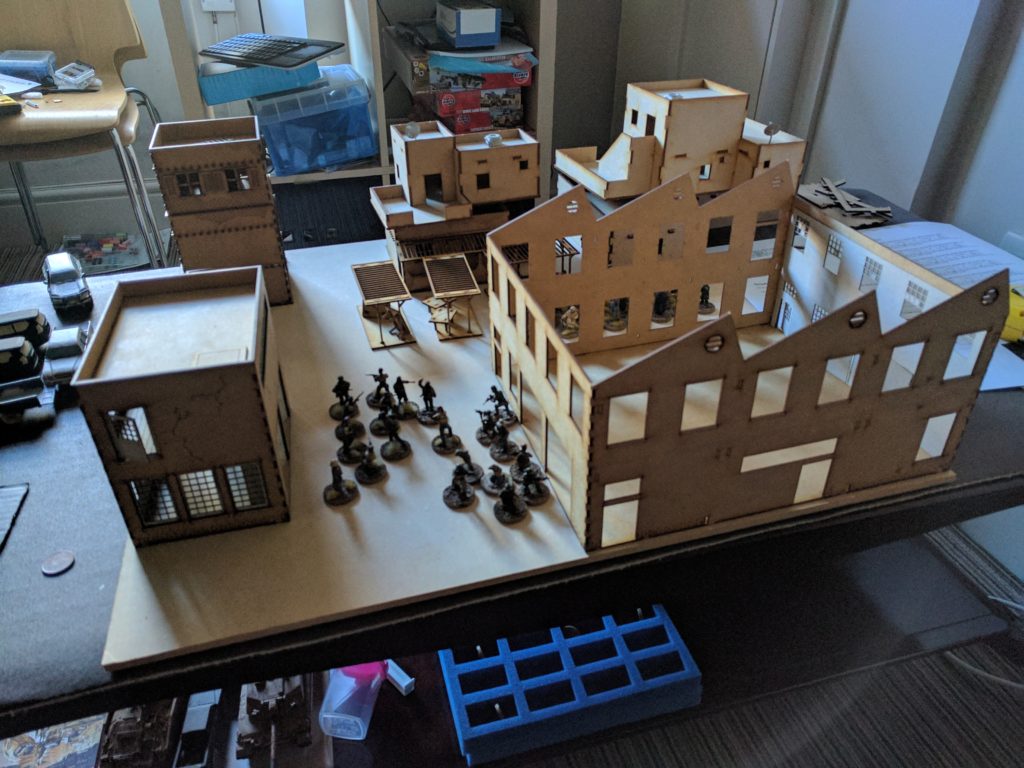 As you can tell from my articles, the Sarissa stuff arrived. I’m really a big fan of the sets I ordered. They are ridiculously high detail and will make for a good board to fight over. Now to finish building that factory…

As for upcoming stuff, Spectre have released a preview of some new stuff. I am a big fan of their existing vehicle and a more standard civilian vehicle will very easily find a place on my wargames table. Also I’m a sucker for jersey barriers.

Oh and I also got my ticket for Salute. Sadly my the original plan has fallen through so i’m now looking into turning up for the evening before and meeting up with a few people for drinks. This is causing me to cry looking at prices for trains and things.

I got a single model painted this week! I need another figure for the solo game to stand in for a medic character. The figure I ended up using was one form the US guys in light gear. He got painted up in the same style as the SAS figures, something I’ll probably do for the rest of the operators. 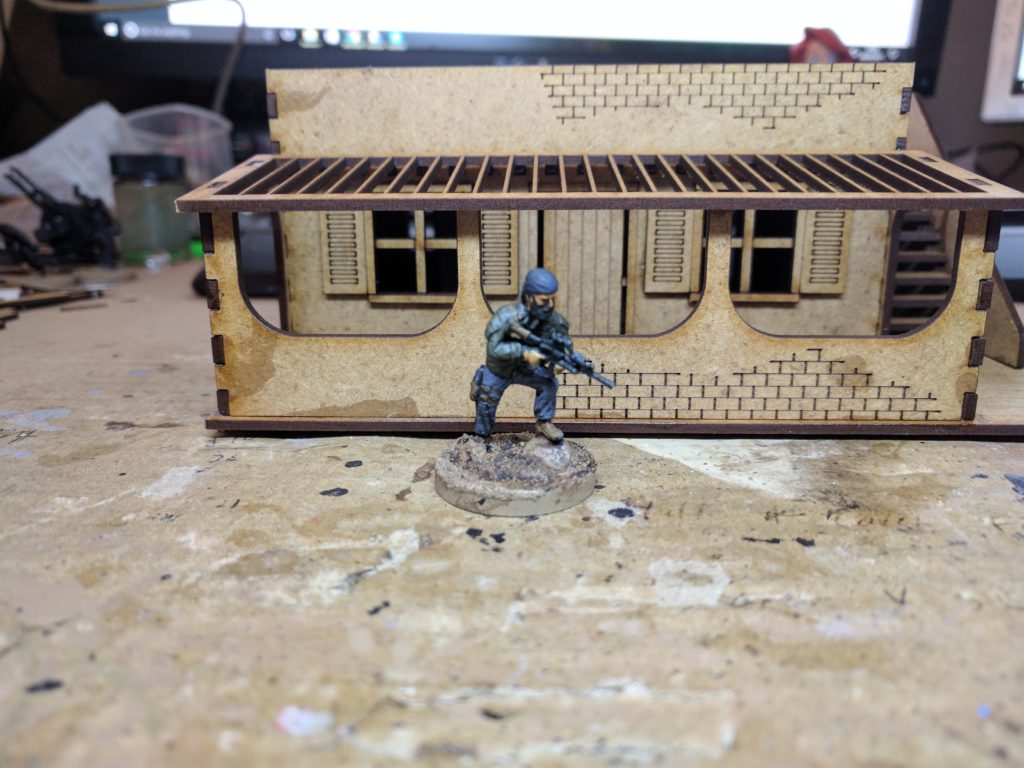 I’ve also been painting more bases when at work. It’s working out at about 12 models for 40 minutes of painting time which means I am chewing my way through all those models where I have only just done the basecoat.

I’m already planning the next weekend game and I’m going to have to get some of my gangster characters finished off.