Let’s start, covering the 27th of March through to the 2nd of April.

No posts ATM. There are two posts inbound  – a battle report from this weekend’s solo game and something looking at the pile of MDF I’ve reccieved. 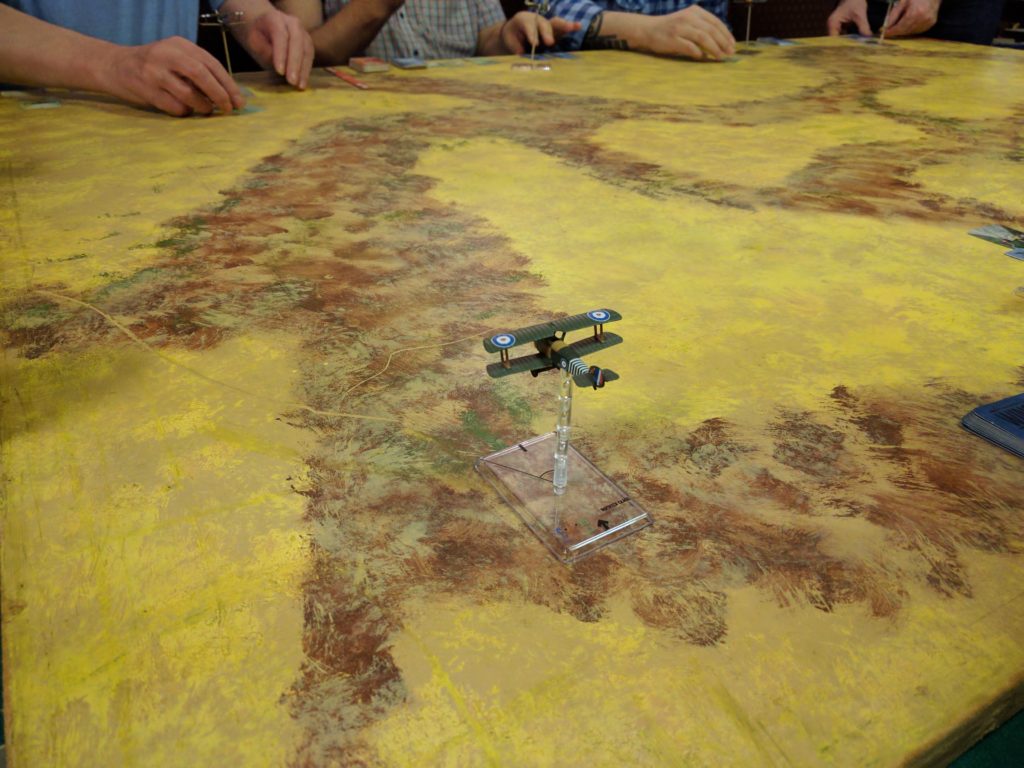 Two games this week. The club stuck it’s flying goggles and played some Wings of Glory. I took control of the Sopwith Camel and then proceeded to fly round and round in circles trying frantically to not crash into anyone. There is a much longer article about it over at SESWC. 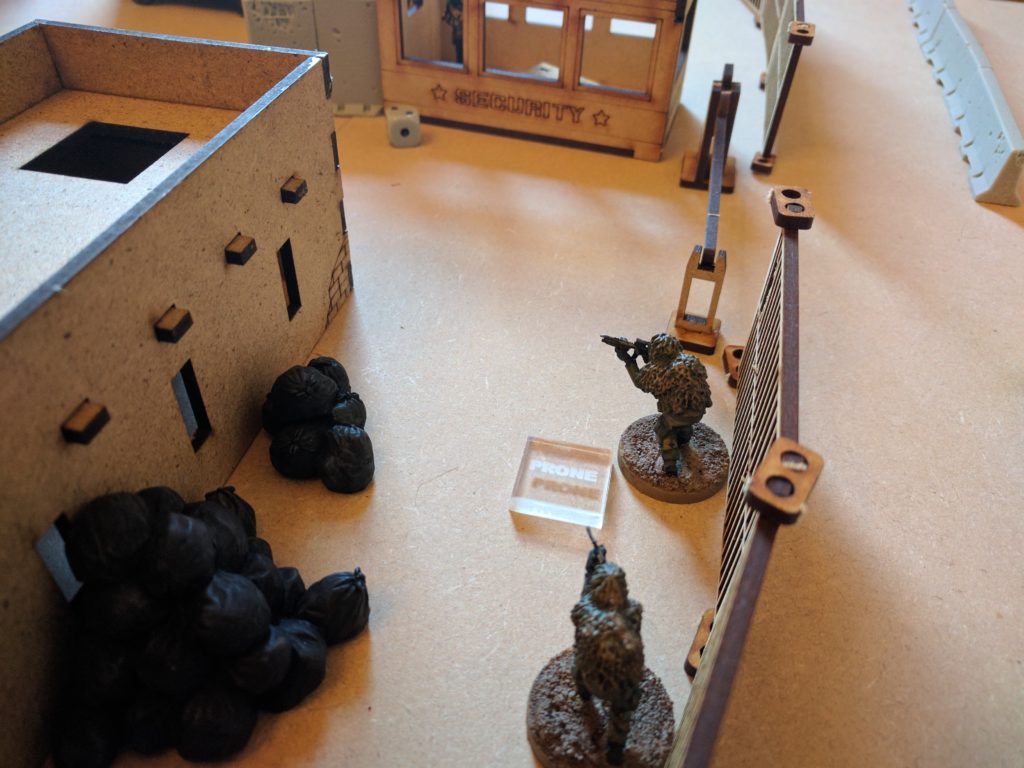 The other bit of gaming was part 2 in my solo campaign. The report will be up in a day or two (it’s been delayed a bit by Wrestling and also having to frantically paint one of the teams). The game was great and the testing was useful. I made it into a semi-solo game by hammering a friend of mine with decisions to work out over text during the game. Expect the report in the next few days

My Spectre purchases arrived this week. As always, they are a fantastic set of models. Some of the Tier 1 have already been painted, the Agents are next in the queue and the cars are base coated and “sand coated”. However, the standout is the two new terrain features. Both come out the box perfectly casted with no cleanup needed. The variation also helps to make them look less like a clone stamp tool situation

Having planned the mission out, I realised that I would want a few smaller buildings to decorate the battlefield, as well as a shipping container for one of the objectives. To remedy this situation, I headed over to TT Combat and picked up a few things. They took most of the week to arrive but shipping was free. As with Sarissa and Knights of Dice, the laser cut MDF is fantastic with lots of detail and very easy to pop out of place. The Security Barriers and Site Office are great minor buildings to bring open areas to life while the fencing comes with plenty of space. Finally, some toilets help to make any board look more realistic while the containers were spot on.

With two days to go, I realised my warehouse was looking a little bare. A quick visit to Shiny games put a load of Knights of Dice stuff in my hand. I love the pallets especially but I’ll cover all of them in a longer post.

All this means I’m reducing my Salute purchasing plans. A bigger part of that trip is going to see what people have come up with and also meeting the Spectre guys. And maybe making a tiny purchase. The current plan is for a quiet May. 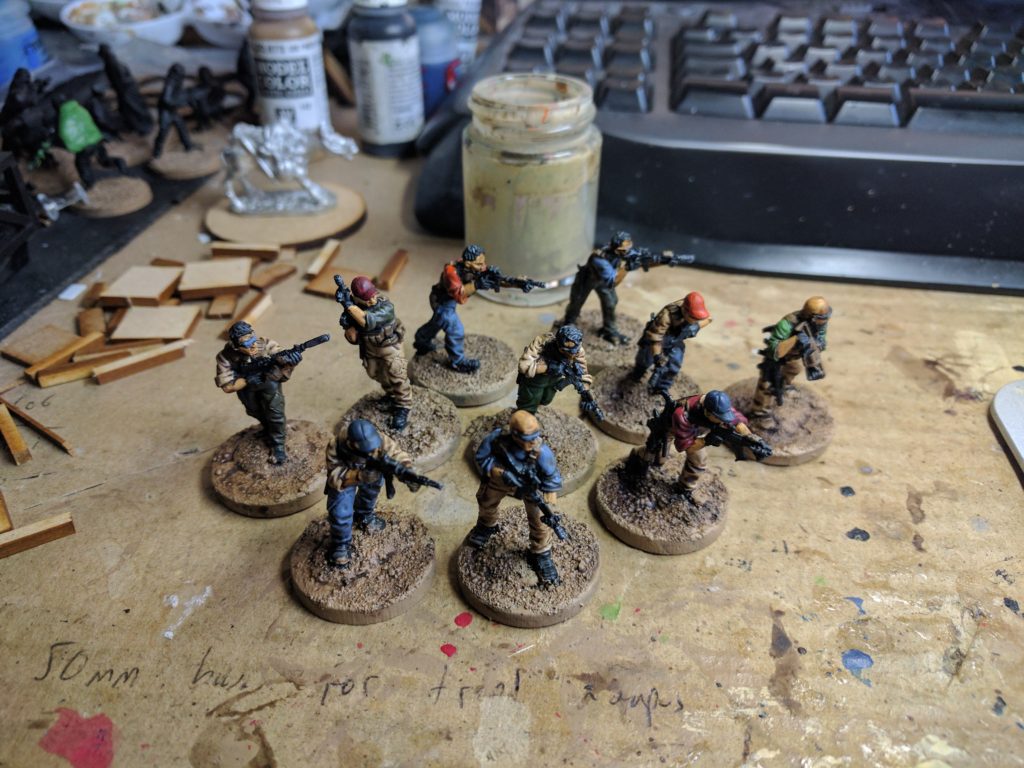 The big painting thing this week was me finishing off the Tier 1 Operators. Needing some contractors for the campaign, these guys are painted up in block colours and tan gear – all ready to join the Argo Corporation. I really love the models although trying to paint them at speed led to a few missed patches. Luckily the wash helped to cover it up