Let’s start, covering the 30th of May through to the 4th of June. 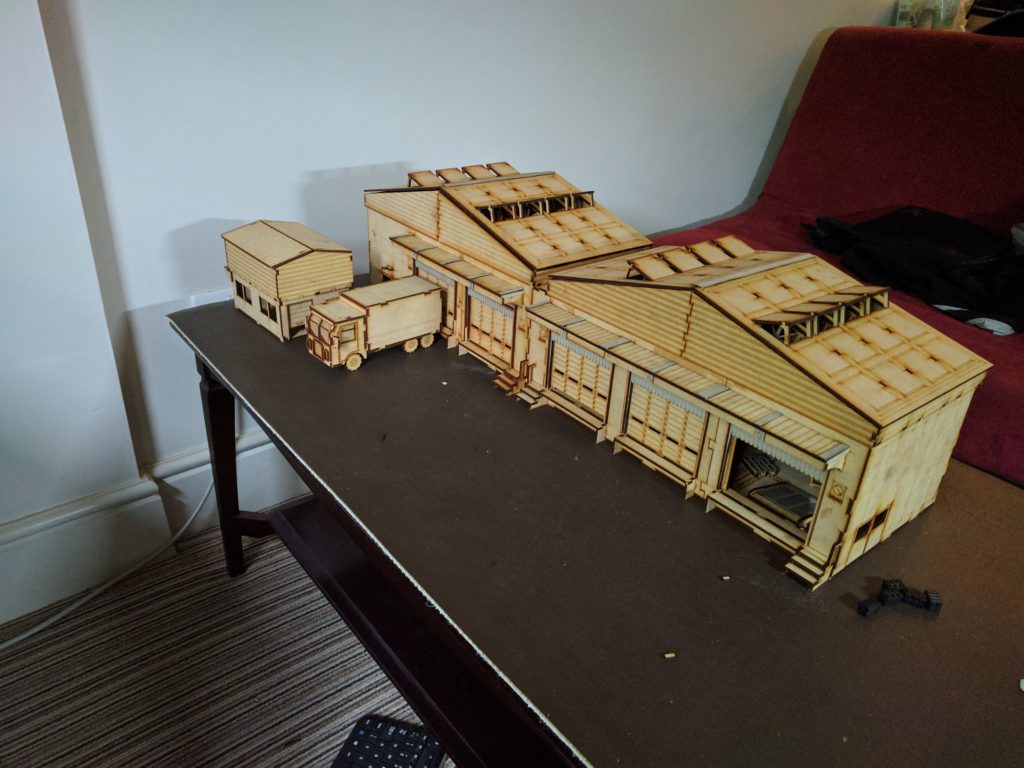 The impressions on the TTCombat depot are now up! It was pretty huge and one of the longest posts so far. So far, people seem to quite like it. 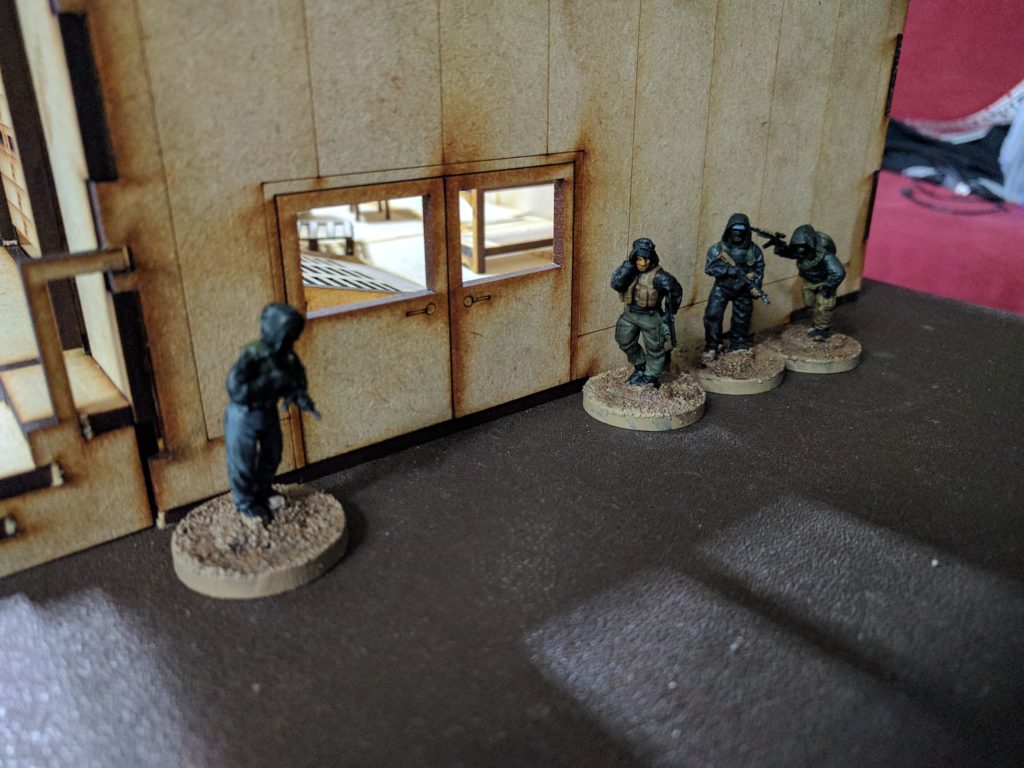 I played a solo game on Sunday to test some stealth rules. It started out pretty stealthy but then went downhill and into a 2 way shooting range. Full battle report coming on the weekend.

So as well as building MDF things and continuing work on the plane, I also had the bi-weekly painting session. This time, I managed to get 8 figures and 5 crates. 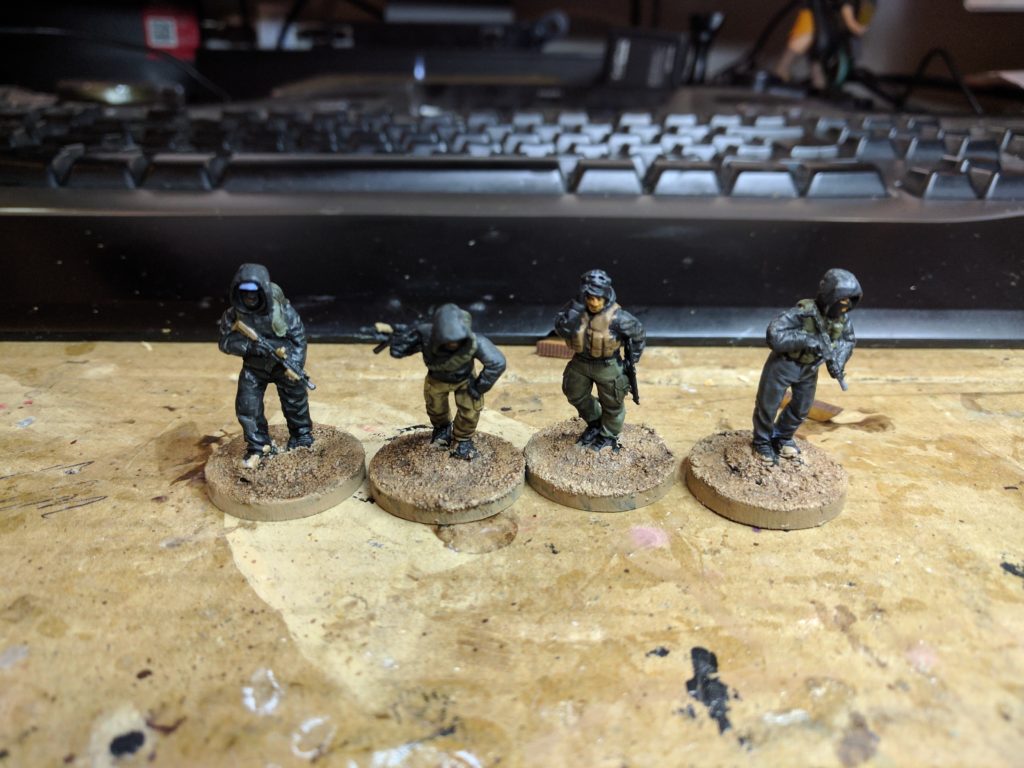 Spectre’s Sicarrios. Black hoodies and balaclavas with variously coloured gear and trousers and armed with a mixture of SMGs and assault rifles. Having so much black on them meant my drybrushing style was used in much more of model which I have mixed feelings about. However, the actual models are super cool and I look forward to using them more on the tabletop. 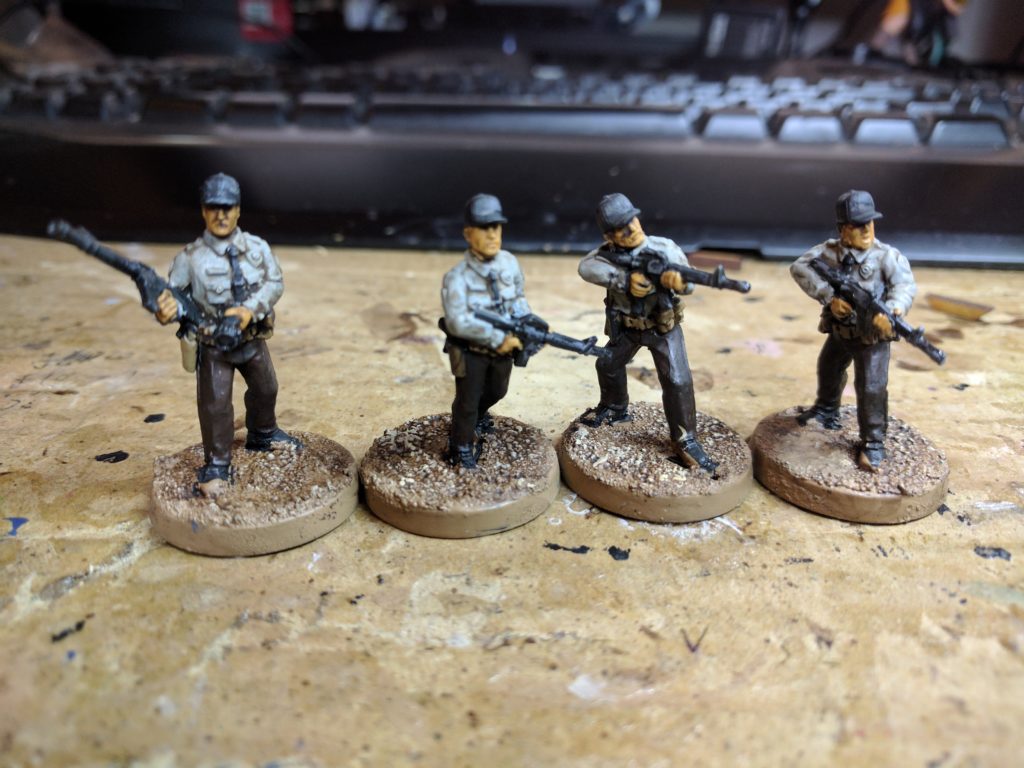 My security guards got some backup with four lawmen equipped with M16s. These are more Crooked Dice figures and I’m still pretty happy with them. They have a nice level of detail to them and fit well with other figure ranges. In addition, I also had to work out which colours I had used several months ago on their pistol armed brethern

I’m also starting work on my buggy from Spectre. The crewmen are sadly cast in their seat – a sensible option but one that means my already completed buggy is going to be crewless. No matter, I’ll paint it up so it can be used to represent an infiltration point for my Task Force Operators.