Let’s start, covering the 5th of June through to the 11th of June. 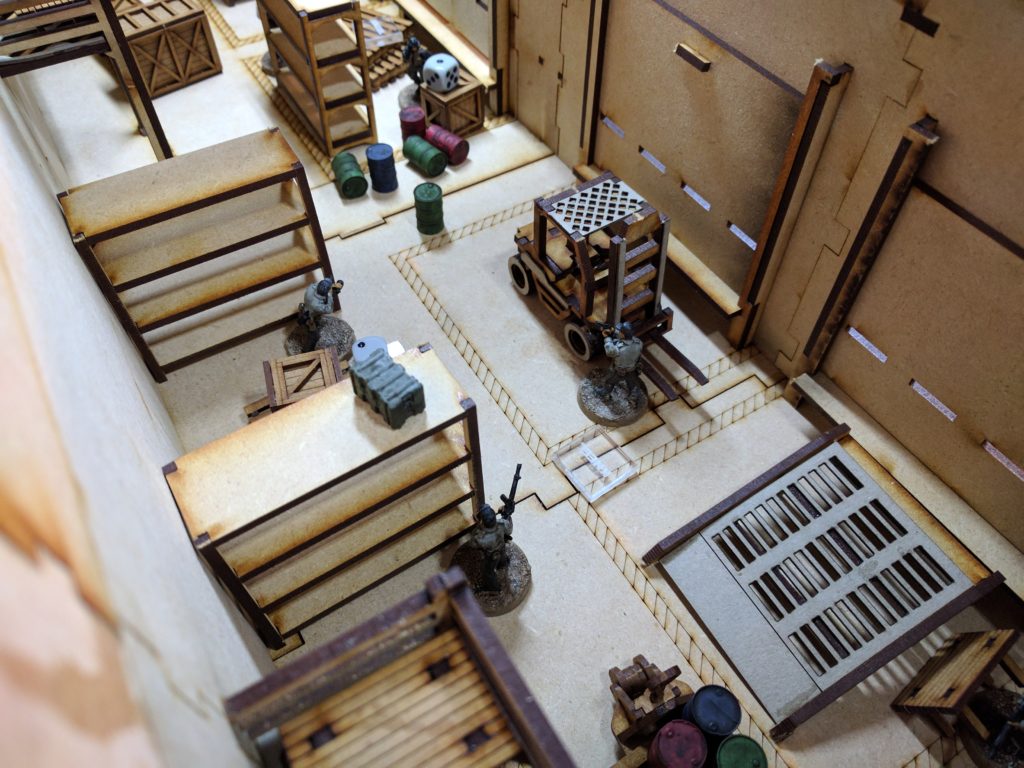 A new Weekend Warfare is up! We’re taking a side step from the adventures of CGS as I need some boards to play on what I have planned for Episode 3 and 4. It was a fun game and I’m thinking of doing some more vignettes as solo scenarios. I also attempted to video it but I’m not 100% on it. I need to find some better ways of doing it.

With the election last week, my usual gaming session was move to Tuesday. Finally being able to get out and game thanks to work/book/stuff calming down, I was looking forward to rolling some dice. What I was not expecting was 1:50 scale American Civil War Ironclads. Welcome to the Battle of Yazoo Bend. 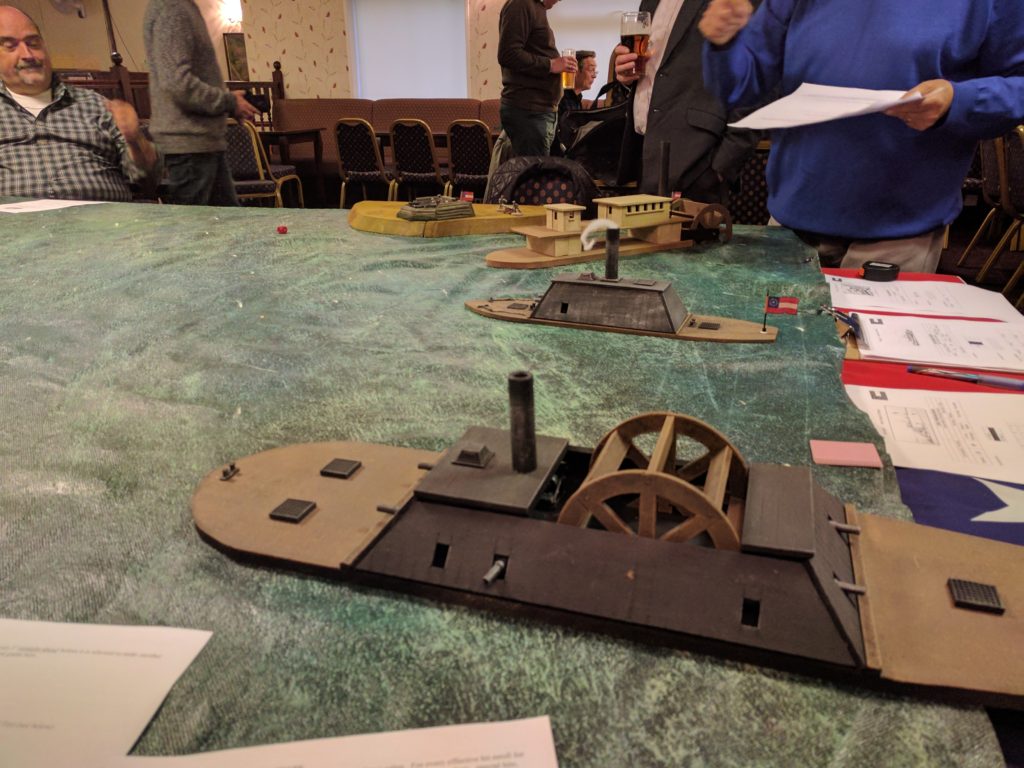 One of the club members is hard at work on a ruleset for Ironclad scraps and wanted to do some more testing. Now, normally the game is played with a more sensible scale but he had these wonderful multipart ships in his collection. As a stress test, we used the same rules (scales and distances) but just on a larger scale. 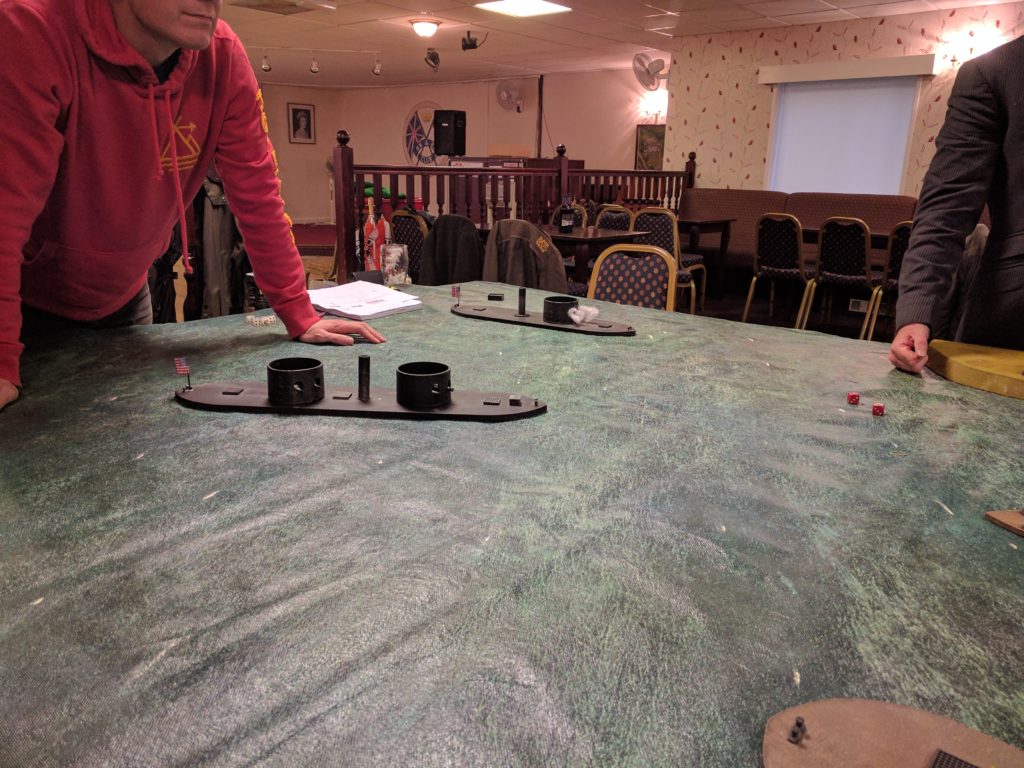 Now I don’t know much about the tactics of this time period but I get the feeling that we as the Confederates were being incredibly inept. Taking command of a Confederate ship (The Jackson), my plan was to steam up the flank, distract the Union monitors and allow our steam ship a chance to escape. My ship was the slowest and least nimble on the board, but it had a good mix of guns. However, it also had an exposed paddle wheel so it was just a little bit vulnerable. Also the captain was horribly inexperienced. 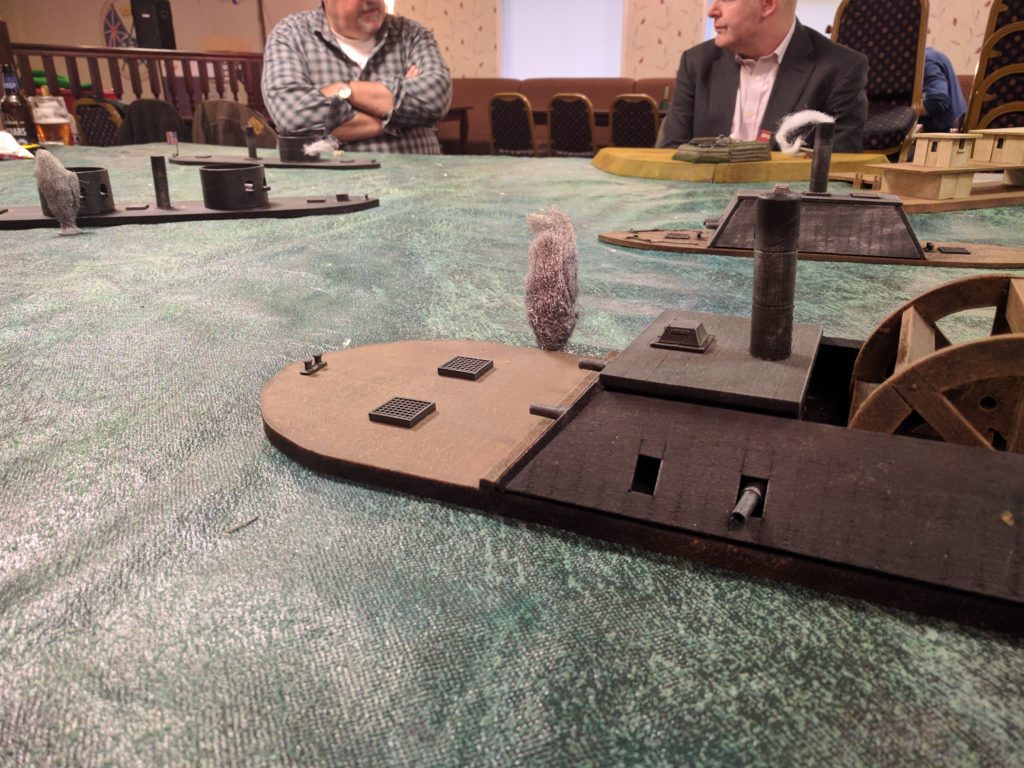 The plan started well but then the shots came in. Turns out the Monitors having turrets are incredibly powerful and the Rebs got hammered. The lead ship was eventually sunk, my ship ended up running aground after being set on fire, the rudder shattered and half the guns knocked out. The cargo ship we had to protect got surrounded and battered. Last we saw of the Reb sailors was them fleeing past the ineffective shore batteries, while the Union held the bay 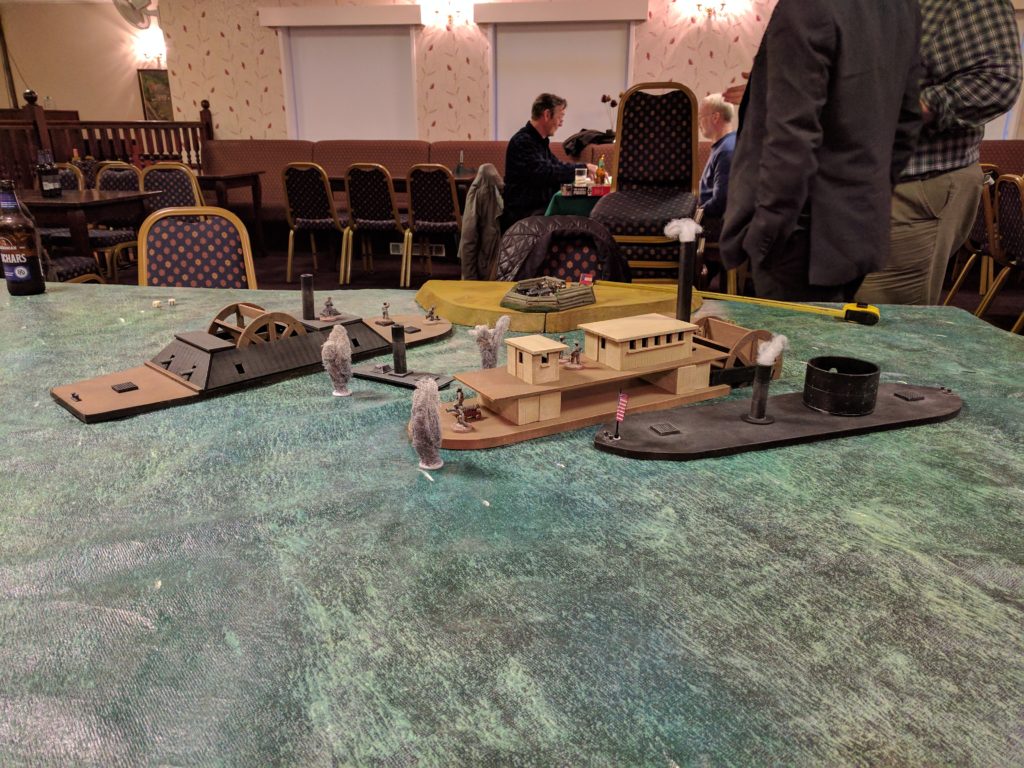 Overall, I had a real good time playing and rolling dice. The rules are something different to my usual taste but it was cool to play. I look forward to seeing more of it. 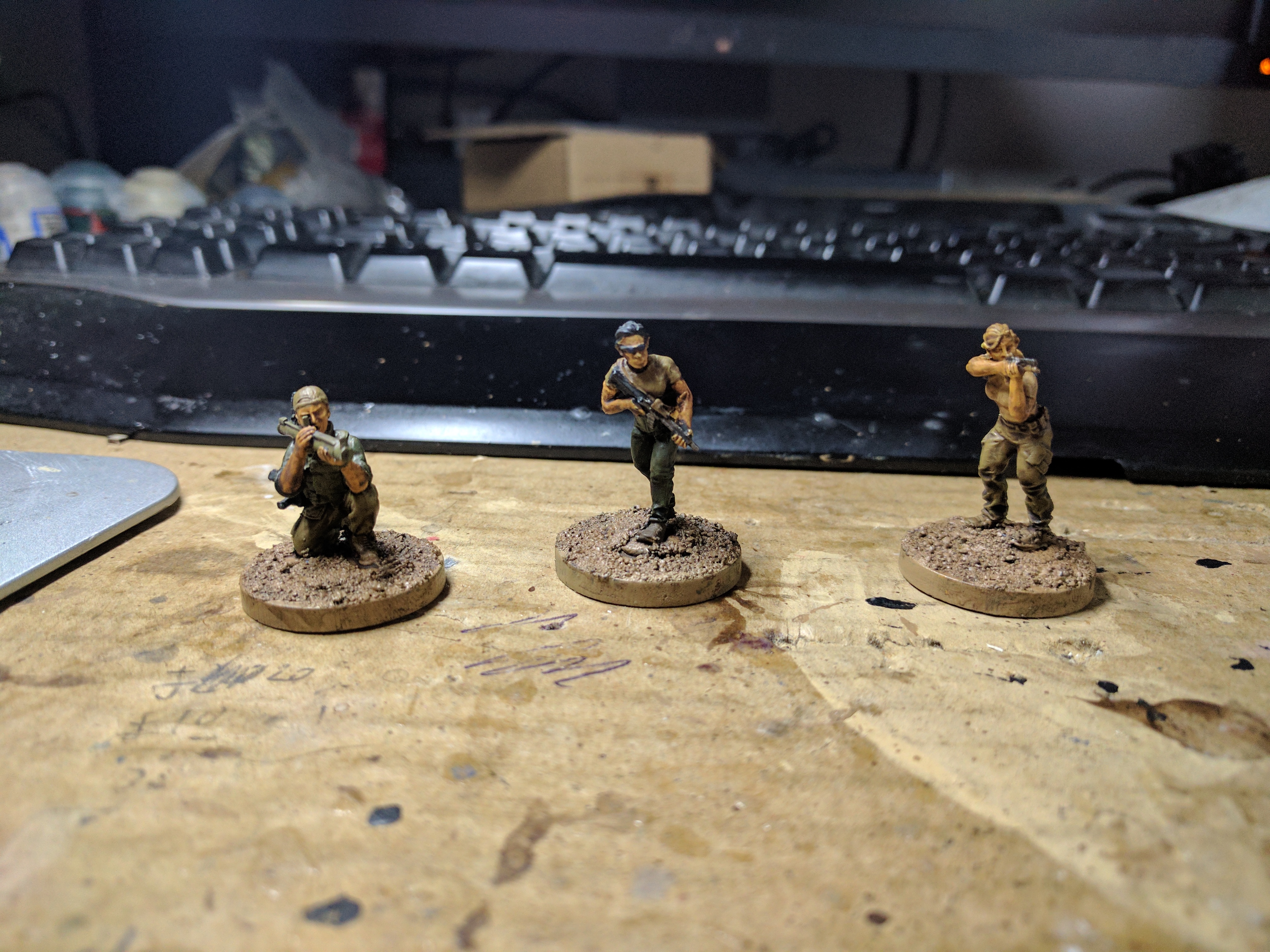 In the past few weeks I’ve been painting at work but so far it’s been limited to only bases. However, I’ve decided to escalate it and get more actual figure painting done. As part of this, I’ve started lugging some of my paint collection to work everyday. In the last week I managed to paint on 3 out of 5 days work, but on each day I’ve managed to finish off a figure. Now, so far it has required both the lunch break and about 30 minutes at home to do the final touch up and washes. Out of those three figures, two are Spectre Undercover Operators (ready to deploy to the field) and the last is an Empress Insurgent. I’ve done him up as a contractor ready to join CGS, perhaps to play the role of an ex-CGS member rejoining the team after a time away working for another country. Or maybe just to give CGS a bit of anti-tank firepower.

More advances on building the C130 so expect a post in a few weeks once I’ve finished on the baseboard. But things got clue together.