Let’s start, covering the 12th of June through to the 18th of June. 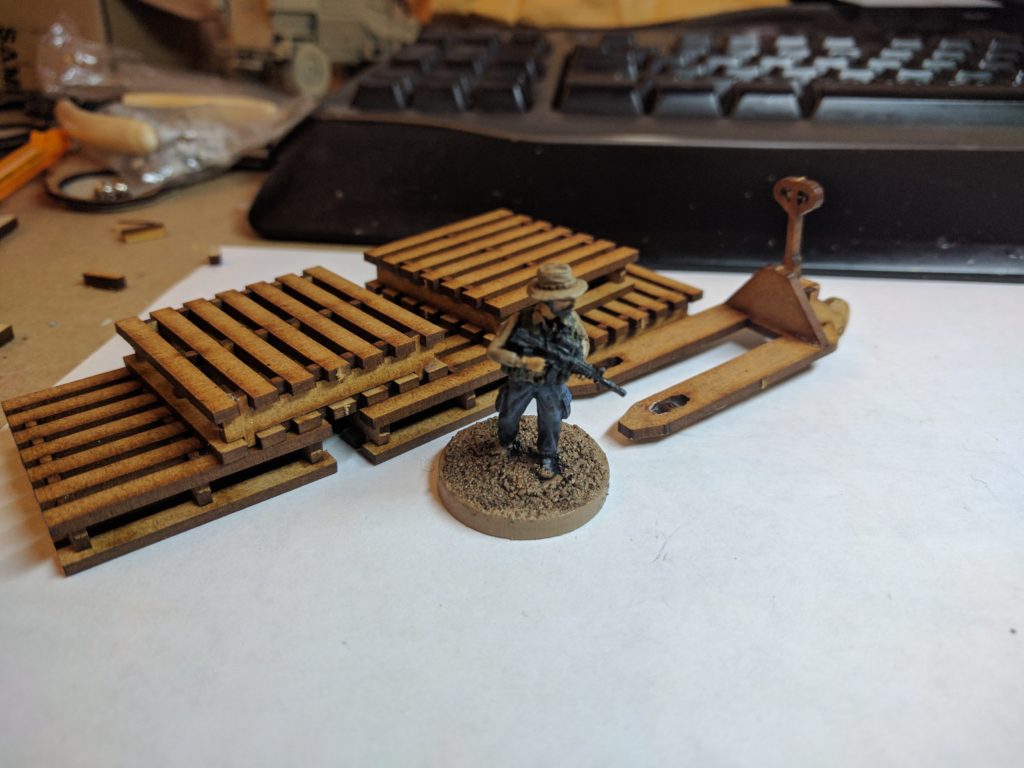 This weekend’s post is part 2 of the scatter terrain impressions. This time I’m looking at MDF parts from multiple manufacturers. There will be more parts coming (Spectre keep dropping things I like the look at) so keep an eye open for that.

A bit of bad news, I’m not going to be ready to run my demo board at Claymore in August. Between work, holidays, going to the Spectre weekend in July and wanting to have some free time I just won’t be able to get it done. Its a shame, but I’d rather the first showing be okay and not horribly rushed.

No gameplay yet working on hobby stuff instead

Still nothing but eyeing a few things up. 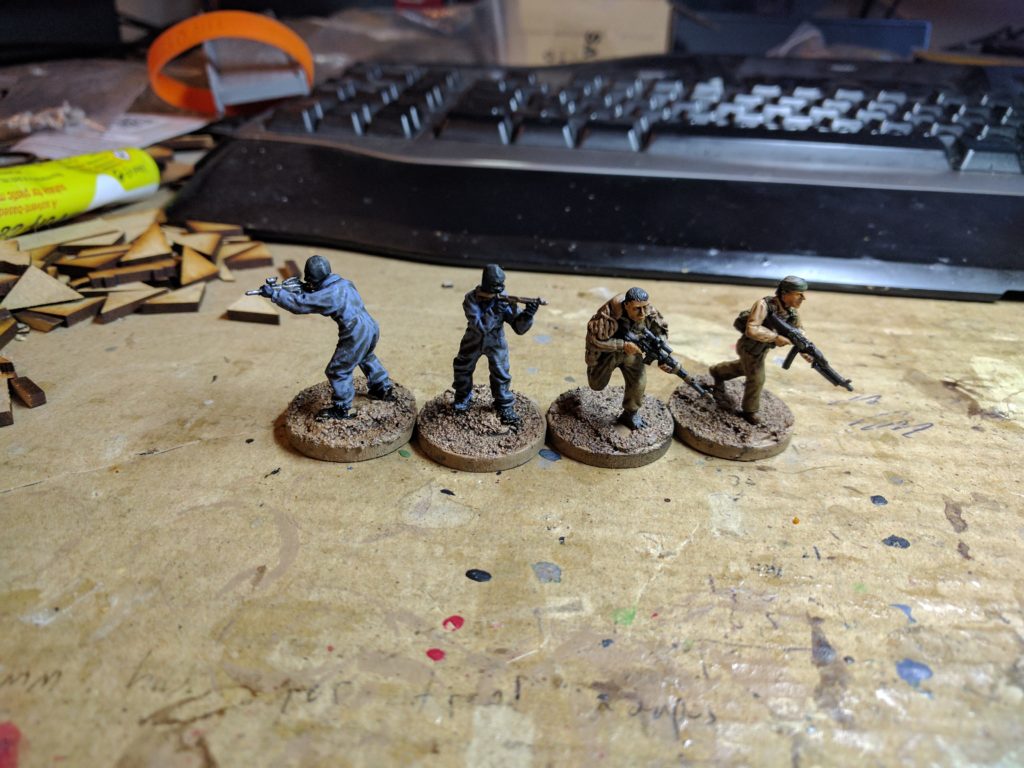 Week 2 of proper painting at work is going well. Three days spent painting (I had a day off and one busy lunch) and four figures done. The two boiler suited gentlemen were painted from undercoat up to finish in one lunch time which was a bit of a rush but pretty cool to get done. 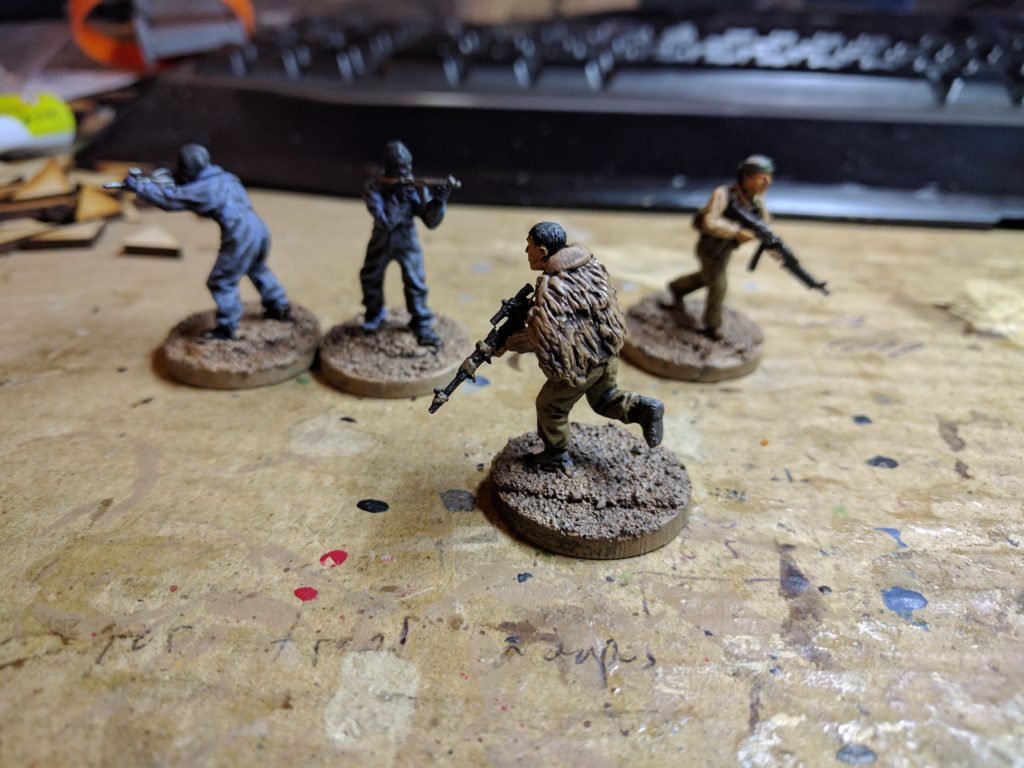 The other two figures were Empress Insurgents. One was simply painting up the RPK gunner to match my other Russian Contractor but the sniper was something else. Now, based on the figure he may or may not be inspired by the antagonist in a film about crashed jet. However, cheap tracksuits are not very Bazistan and so I wanted to make him look a little different. This, of course, led to me grabbing some green stuff and trying not to make too much of a mess. 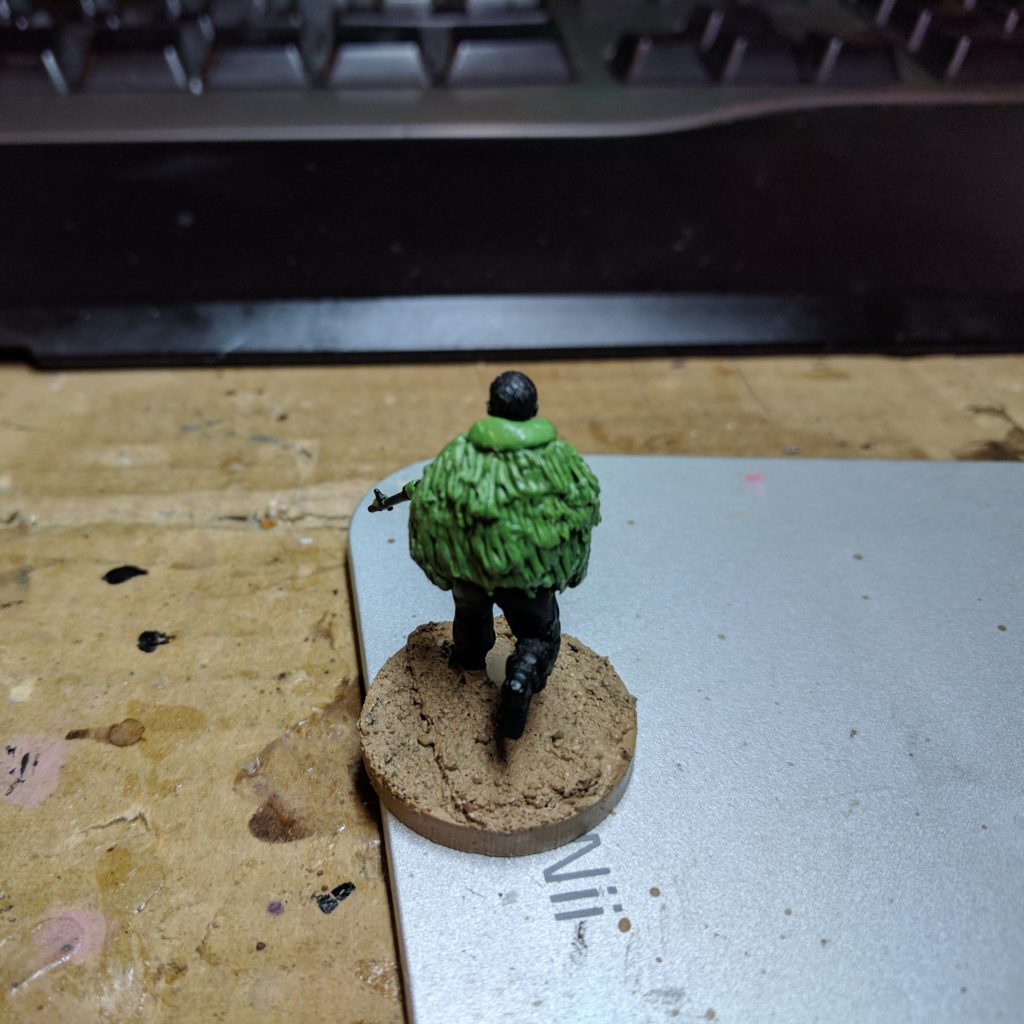 Now, I am not a great user of green stuff (there is a poor GW Arwen somewhere with a terrible cloak) but I’m pretty happy with the end result. Here are my steps:

1. Basic cloak covering back of torso.
2. Add the shape of a hood at the top, scoring a single line
3. Add layers of green stuff and then while still wet scoring vertical lines
4. Repeat step 3 until the entire back is finished
5. Add a few leftover scraps to wrap around the gun barrel for decoration

This might be the first step to me trying some more sculpting – the post on it prompted some useful tips. It would be an awesome skill to have so I might try and spend some time on it.