When you start to add vehicles to the tabletop, it’s just a matter of time until you need crewman figures thanks to some lucky rebel with an RPG. For light vehicles the standard line infantry will do but as you start to get to the heavier end of the AFV’s available, crewmen start wearing different helmets and vests.

Luckily, Empress have just released some packs to help you out. Available for both the US and the UK armed forces, each nation gets both a mounted and dismounted version. As I haven’t got any vehicles waiting to assemble, I just picked up the dismounted version. 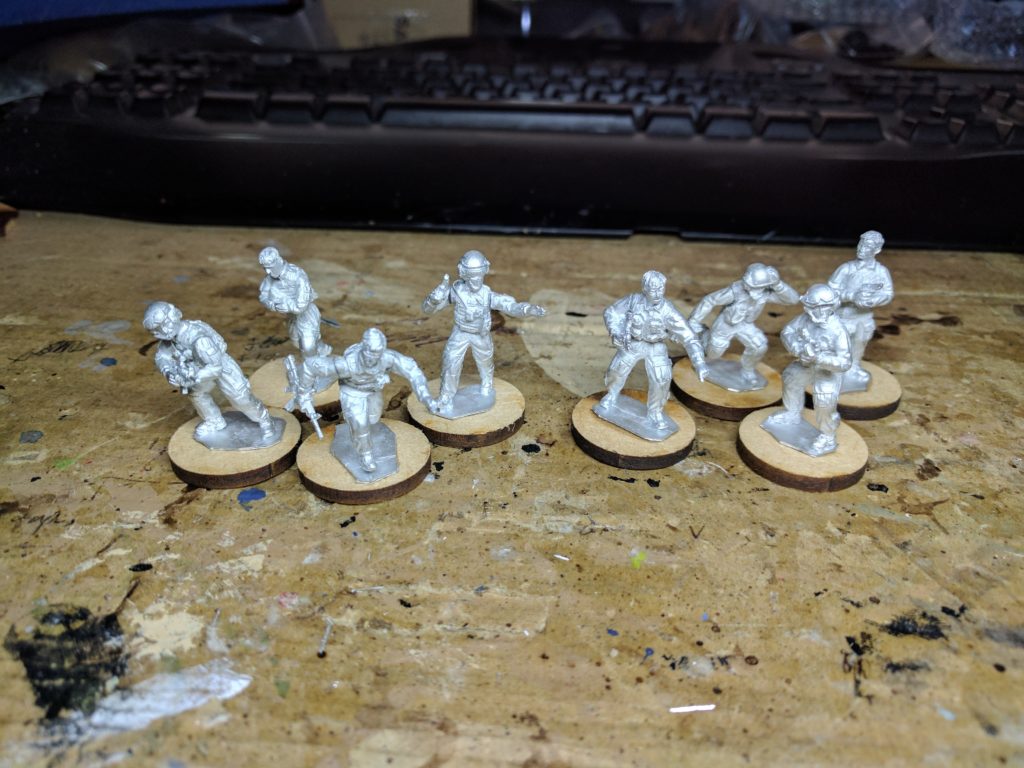 I then made a fatal mistake. Rather than just relying on unpainted figures, I decided I could get all of my figures painted in a week. WHAT COULD GO WRONG? Well, the delayed posting time on this should tell you all you need to know 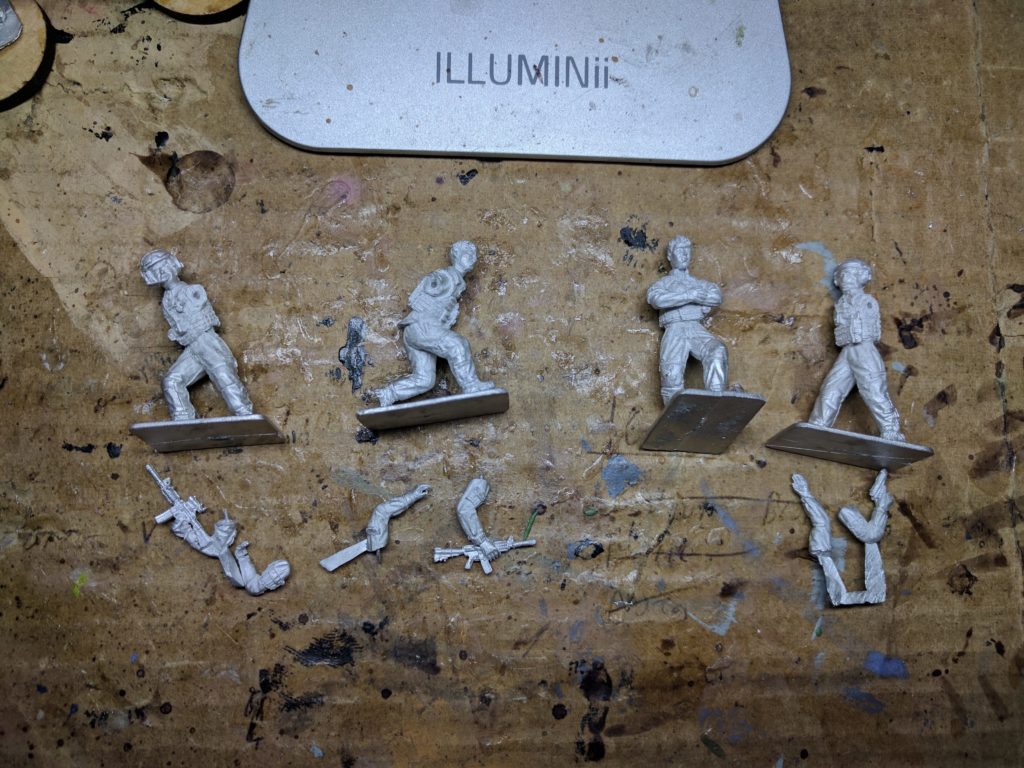 The US Crew has a pretty even split weaponwise, with two armed with M4 carbines and two with just pistols. There is some nice variation in the poses although the injured crewman clutching his arm reminds you that this is very much a scenario pack rather than figures for a standing army. The crewman with the pistol has a bandana across his face, similar to images you can find online. As you can also see from the photo above, three of the figures in the pack are multipart using Empress’s usual system of a pin and hole. 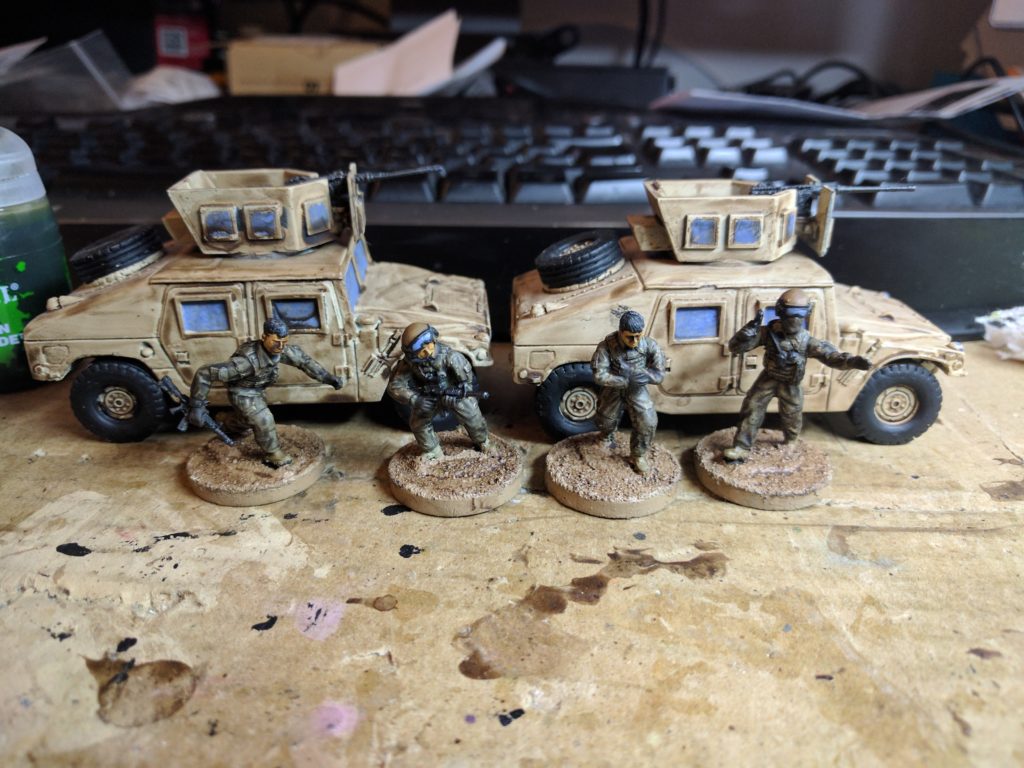 There seems to be some variation amongst US Army crewmen as to if they wear coveralls or camo uniforms. To keep things simple, I went with the ACU pattern I used for rest of my troops, relying on the different poses and helmets to distinguish them. 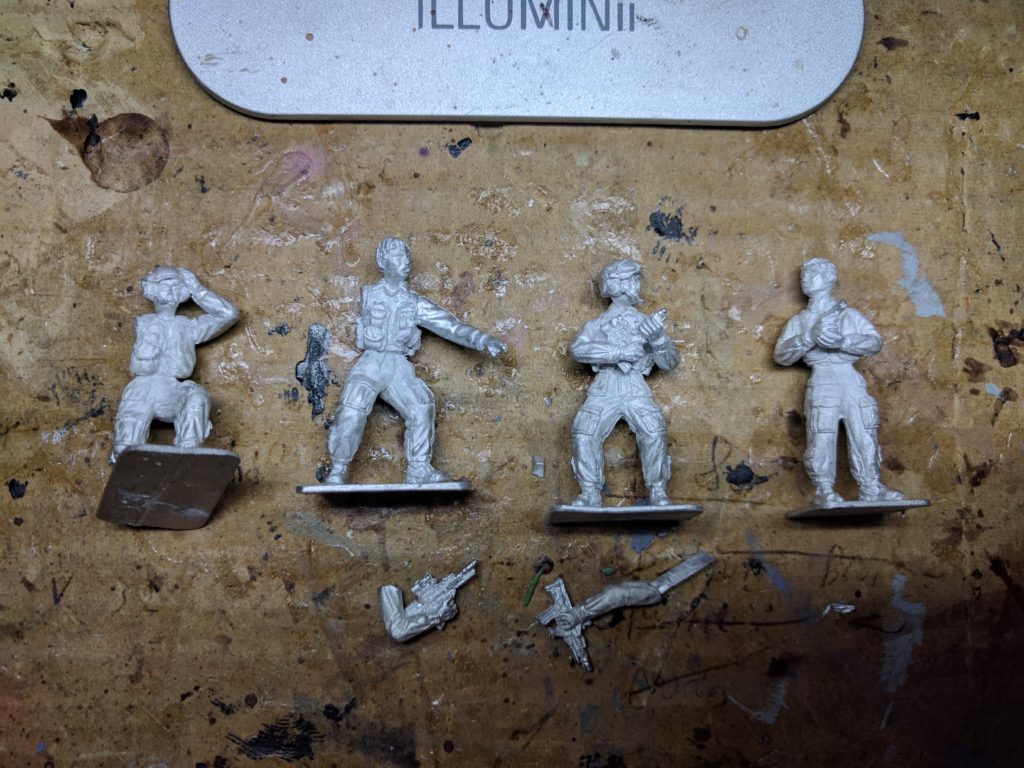 The British crew is much more ready for a fight, with three soldiers with L22 AFV carbines (a tiny variant of the standard L85) and one with a pistol. Two of the figures have separate arms but it’s only one arm rather than the matched sets. Interestingly, with the right paint job the British Downed Pilot set that Empress do (BRIT07) would fit in perfectly, giving you two additional figures. 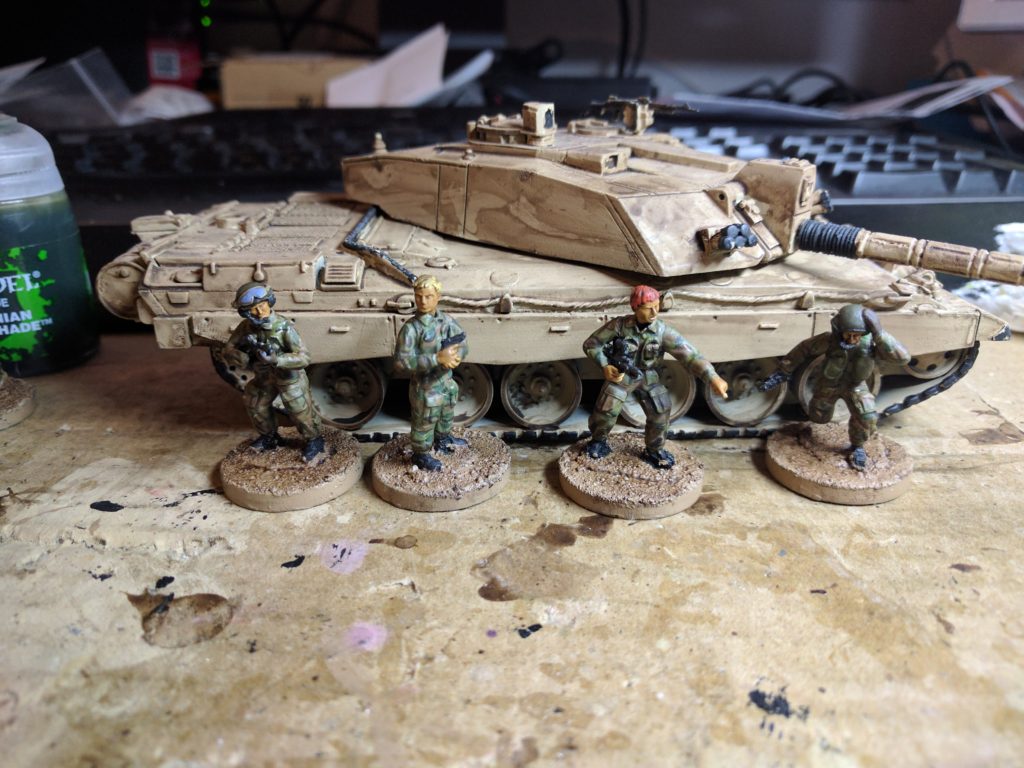 When the models first arrived, my initial thoughts was to use the old method of MTP painting. However, Spectre have released their multicam guide so I finally bit the bullet and tried. The process was easy and I’m really happy with the end result. I made a few alterations to the listed method:

I like the scheme enough that there is going to be an interesting part to Monday’s Weekend Warfare. 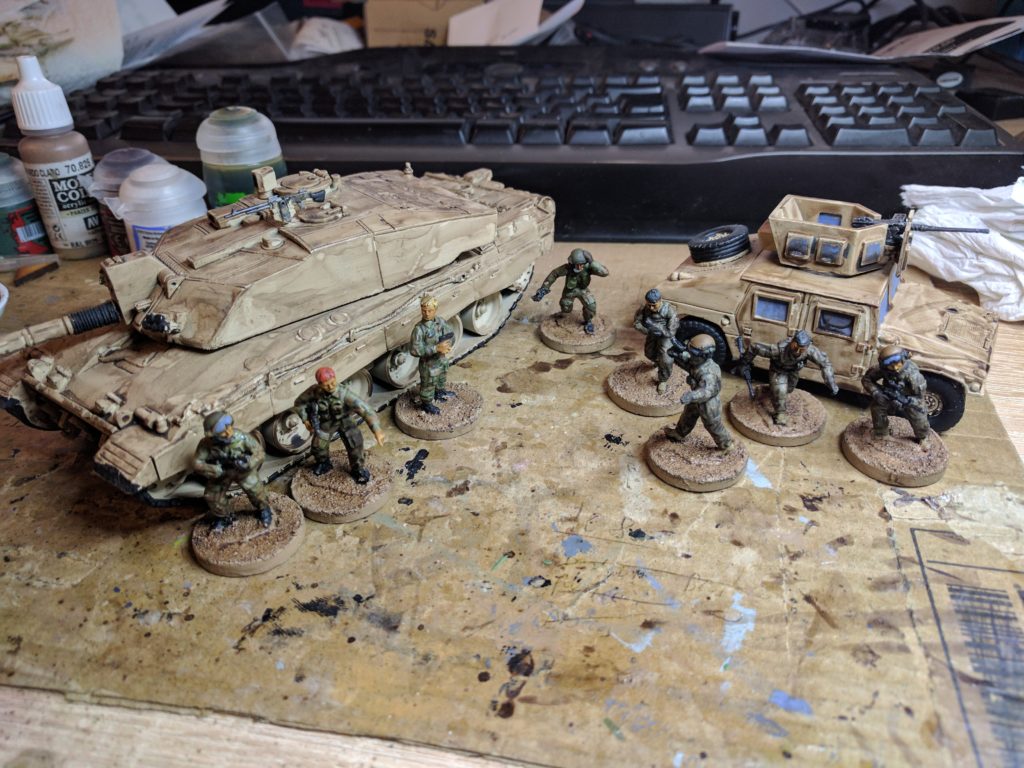 Overall these are fantastic models. They are obviously designed to standout on the battlefield. I don’t think you would use these models in every game but they really help to make scenarios standout, giving you something more interesting to defend than just a counter. The fact they match up to their mounted counterparts is even better. If you have any AFVs and there is even a chance that it might need bailed out crew, these models are a must buy.

If you are on the Russian side, Empress already does some Russian AFV crew on foot as part of their Red Star range. I don’t have these models but from looking at them at shows and on other people’s’ blogs