Let’s start, covering the 26th of June through to the 2nd of July. 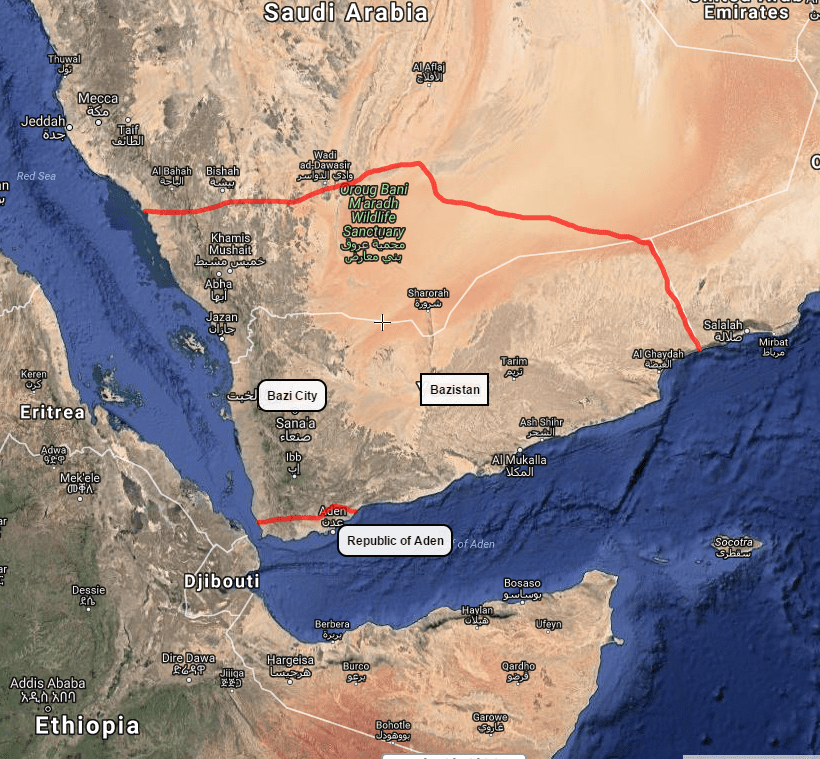 We took a trip to Bazistan, my fake imagi-nation this week. It was really great to get all of the information I’ve had lying around and collate it into one place. I’m going to use it as a place to jump off from for paint schemes and model projects; I’m looking at repainting some of my Empress USSF figures to stand in as special troops for the Republic of Aden, ready to fight the insurgents crossing the border.

This weekend also saw the start of a new month and a few milestones. Looking at the stats, the blog is down from last month’s massive view count but it’s better than April’s views so I’m pretty happy with that. I’m also super happy that I managed to stick to a release schedule. Another milestone was reaching over 100 likes on the facebook page. This blog is just a hobby but it’s cool to see people actually reading my stuff.

No gaming but its getting close. I’ll be running a tutorial session for someone this week and giving Skirmish Sangin a go. Also rules writing is reaching that exciting point where it comes down to little tweaks – the end of the road is in sight and then people will get to see what I’ve been working on.

Something that has been on my to buy list for a while is another Razor from Spectre. After having built the original before the crew were available, I’ve been desperate to pick up another to add the crew to and have rolling round the battlefield. Well, over the weekend that finally released a load of stuff alongside the buggies. I’ve picked up a second one, the crew figures, two sets of razor stowage (so I can make the two vehicles match) and one of the larger packs (for making the technicals I have look even cooler)

However, I did notice a problem. When I assembled the Razor, I stowed the MG tight against the passenger side of the back vehicle. This is where one of the stowage racks hangs which I now can’t place. However, I have a plan. Using the stowage pack, I’ll put one of the rucksacks on the crewed version – when the team dismounted, one of them obviously grabbed his pack to use in the fight.

Also using the photo from Spectre reminds me just how much I want to improve my photo taking. Once I get the boards built and the scenery painted, I want to go through my figures, use a nice camera and get a load of good photos rather than the “here is picture of my desk”.

Phew, lots of hobby stuff this week so this will be a quick fire round. 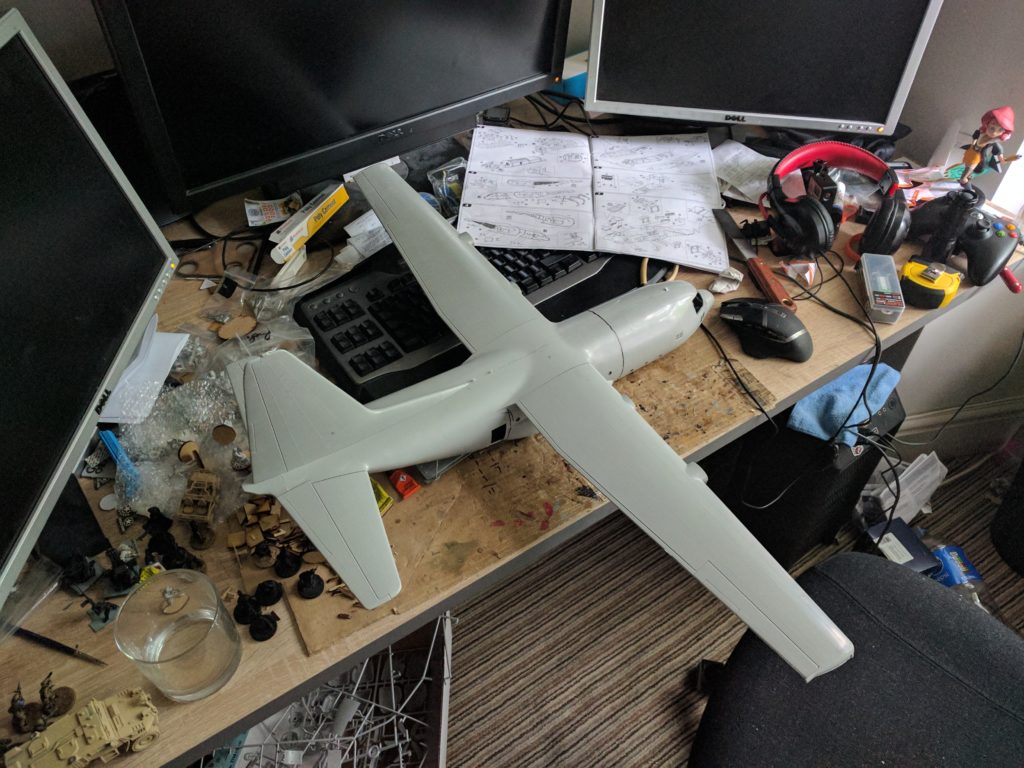 The C130 for my demo board is almost ready to be chopped up. This week saw me get the wings and tail attached to the fuselage. I also scored out the rough cut lines 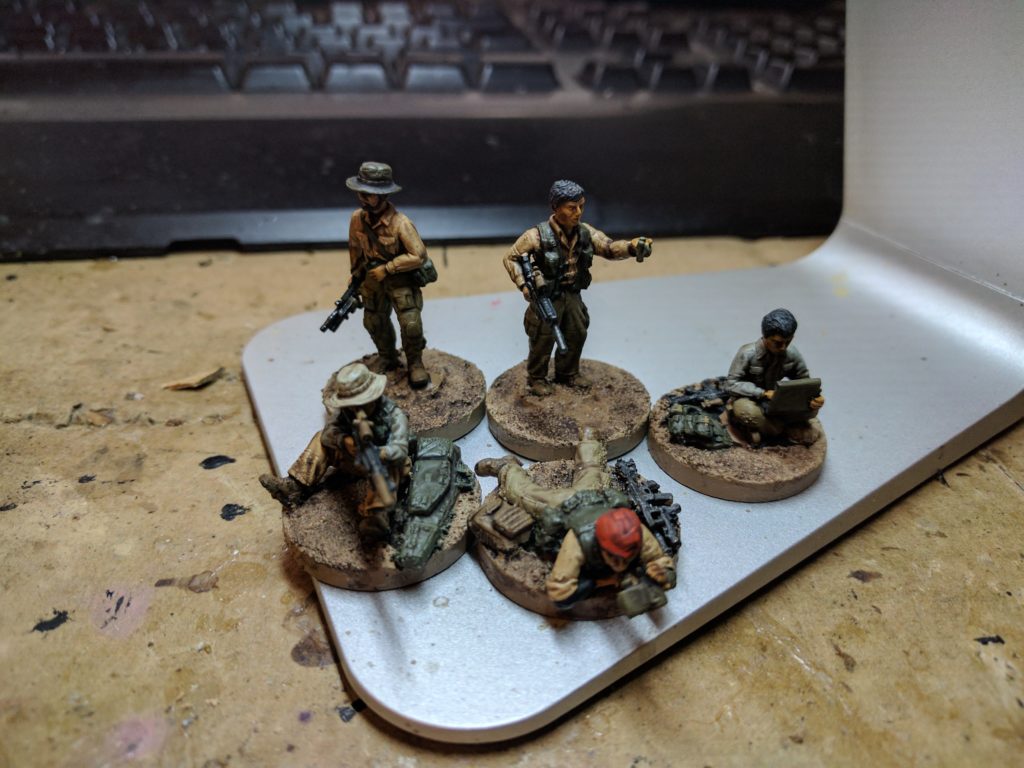 The last few Empress SAS figures turned up and I got them painted. I really like these guys and will be using them for CGS on the battlefields of Bazistan. The HQ pack is pretty standard but the sniper team caused a problem. For skirmish games, I usually like to base individually. However, my sniper team for the US was based on a single heavy weapons team that looks a little better. However, seeing as I’ll be using these guys as individuals a lot, I just go inventive with my building. The sniper was simple (careful positioning got both parts on the base) but the spotter need a little tweak. I ended up cutting the spotting scope off its mount and just attaching it to his hand. Hopefully, you’ll see these guys in action soon. 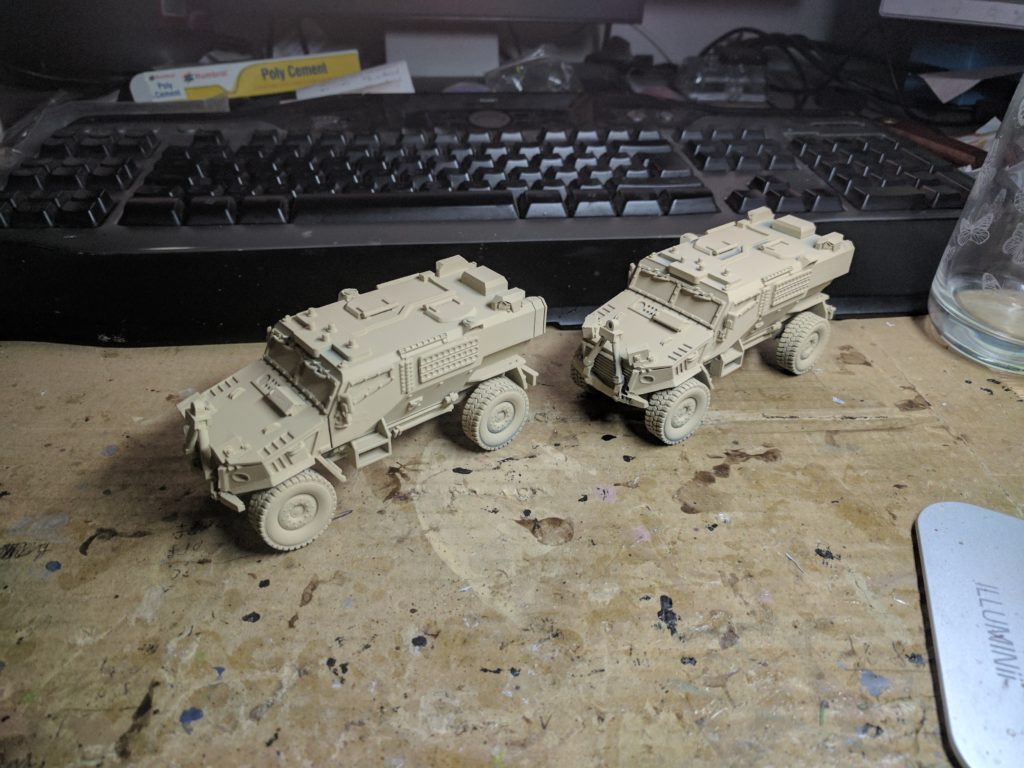 The second Foxhound from Evil Bear turned up, finally giving me two vehicles ready for deploying a British fireteam into action. I love these vehicles and with a few tweaks they can be used for non-military applications. To fit this more, I ended up removing the GPMGs. To let me re-add them when the situation demanded, I fit some rare earth magnets into the slots where the guns usualy sit – this required only minor work and I’m happy with the results. Now to finish painting them. 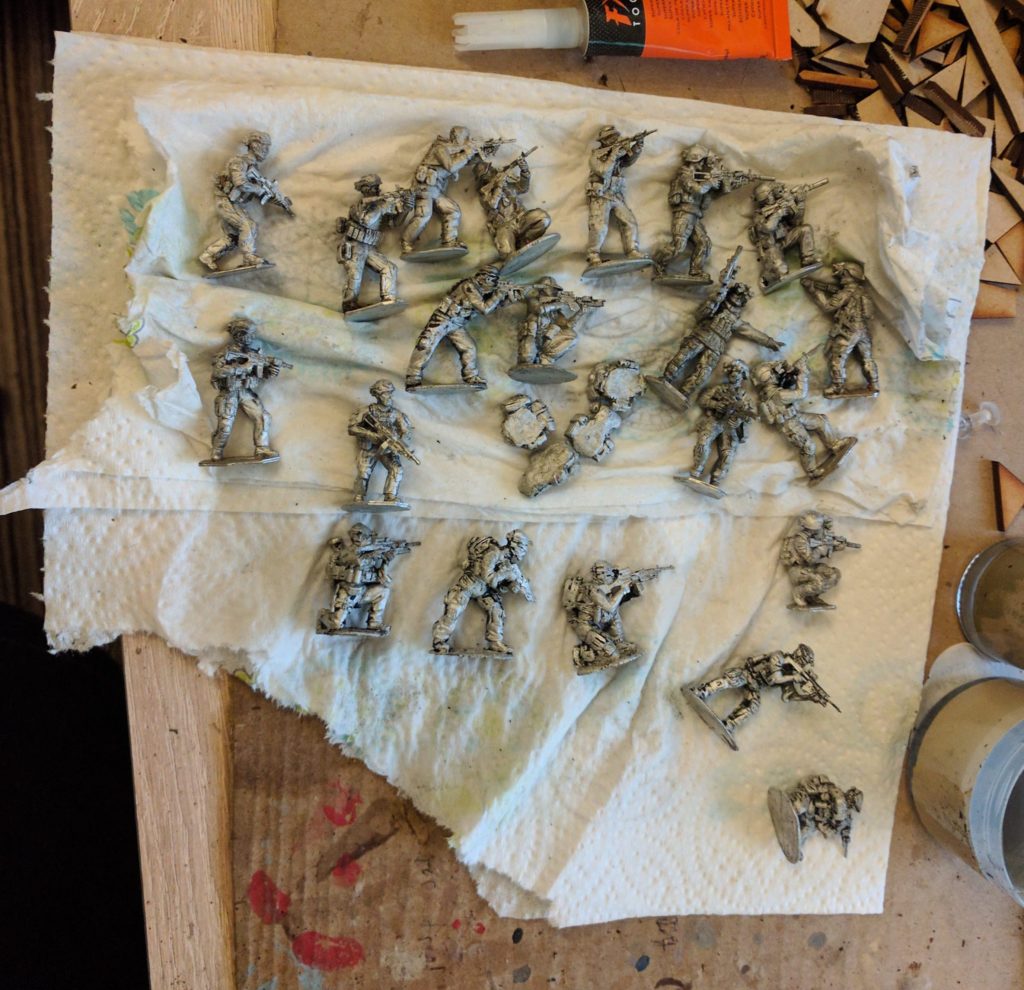 So the stripping part continues. Last week I experimented with Acetone and honestly, not that impressed with the results. It pulled the paint off with ease (as well as the green stuff and super glue) but seemed to be unusable after only a few figures. Instead, I’ve moved over to Isopropyl Alcohol. Instead of just leaving them, I have to scrub with a tooth brush but the end result is much better and doesn’t required as much stinky liquid hanging around my flat. I’m already a chunk of the way though – my British Army platoon entered the stripping material on Sunday so I’m expecting I can start back on the repainting next week. And god, do some of the paint schemes need replacing.

In addition to the actual stripping, I’ve been pulling figures off their bases so I can rebase them up to my recent standard. Part of this is tweaking the bases on Empress figures from giant rectangles that are readily obvious down to smaller less regular shapes that are easier to hide.