Let’s start, covering the 24th of July through to the 30th. 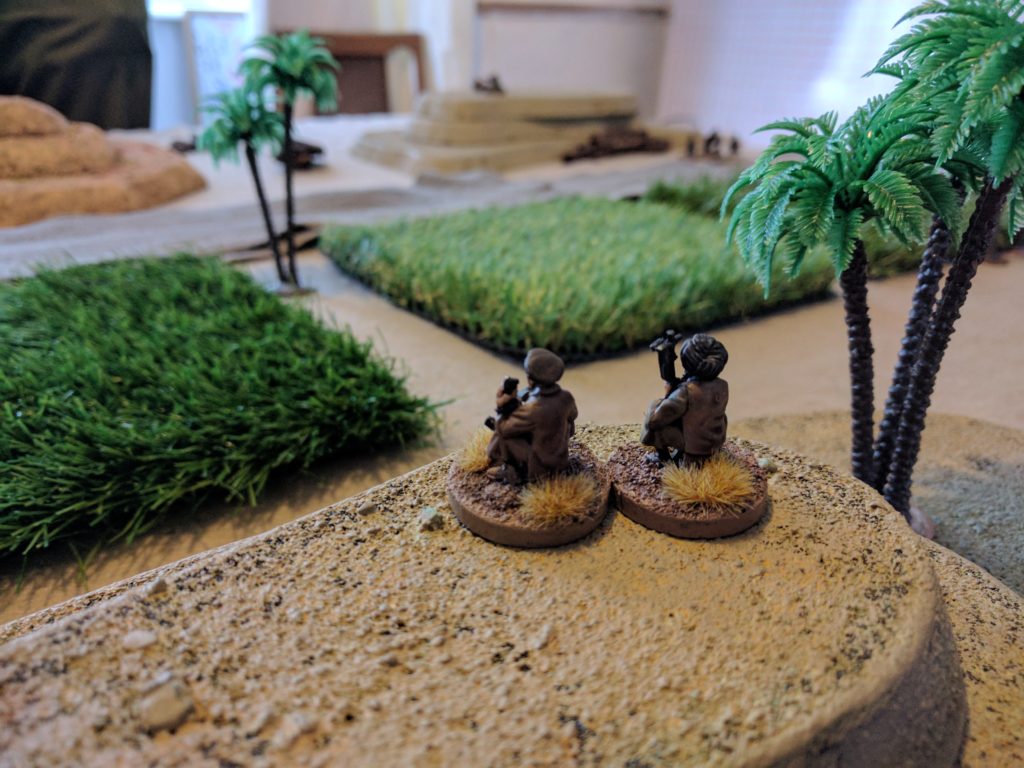 The report on my holiday game of Spectre is now up! Even though we mis-read a rule or two and there were lots of tribesmen running around, it was still a really fun game. Once again, Spectre is brutal once the rounds start hitting and I’m looking forward to playing a weekend of it.

As this is going up I’ll be winding my way back home after a weekend of Spectre in Cardiff. There will be a post covering the weekend this Saturday which will include details of the event as a whole and hopefully some nice pictures. I’m actually writing this on Thursday 27th as I frantically get stuff together so I have no idea how the weekend will have gone. 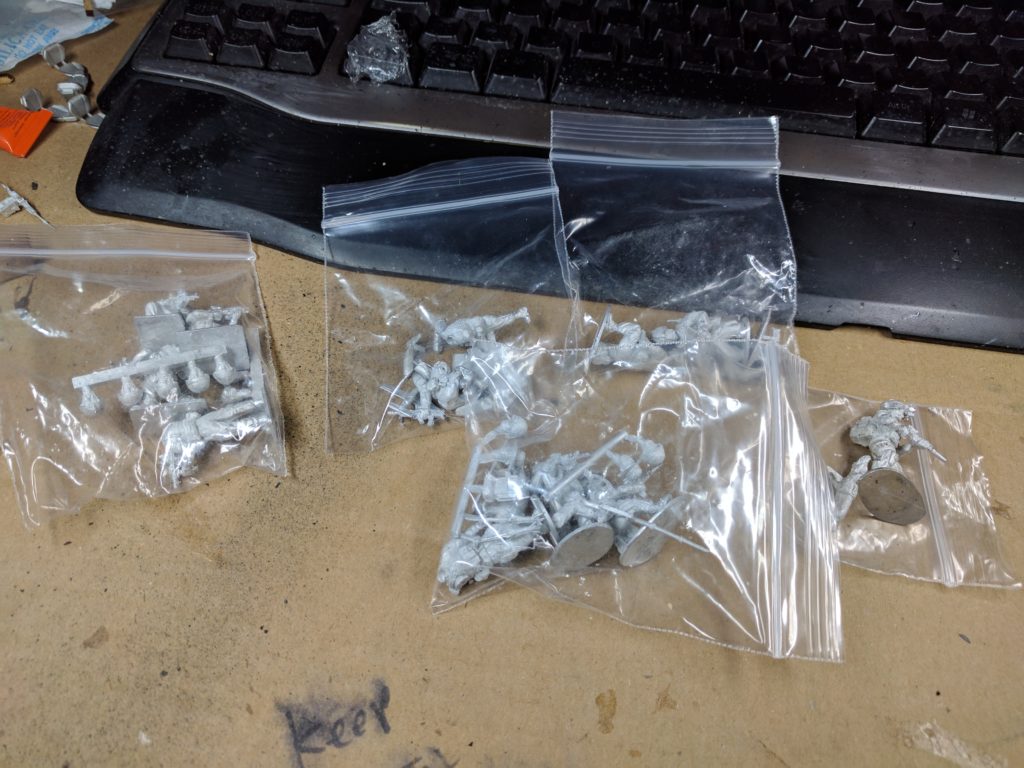 My Empress purchases I mentioned last week turned up. I haven’t yet had a chance to assemble them due to the mad rush for Cardiff but I took a quick look.

Overall opinion, all the figures look cool. It’s a shame the O Group have built-in head so any tweaks would need a bit of saw work but everyone else is spot on. As always, the detail on Empress figures are especially cool. I particularly like the SAS/SBS dog handler, both for the pose and for the fact you can now field an 8 man team where no one is prone; A vital fact for a skirmish game! 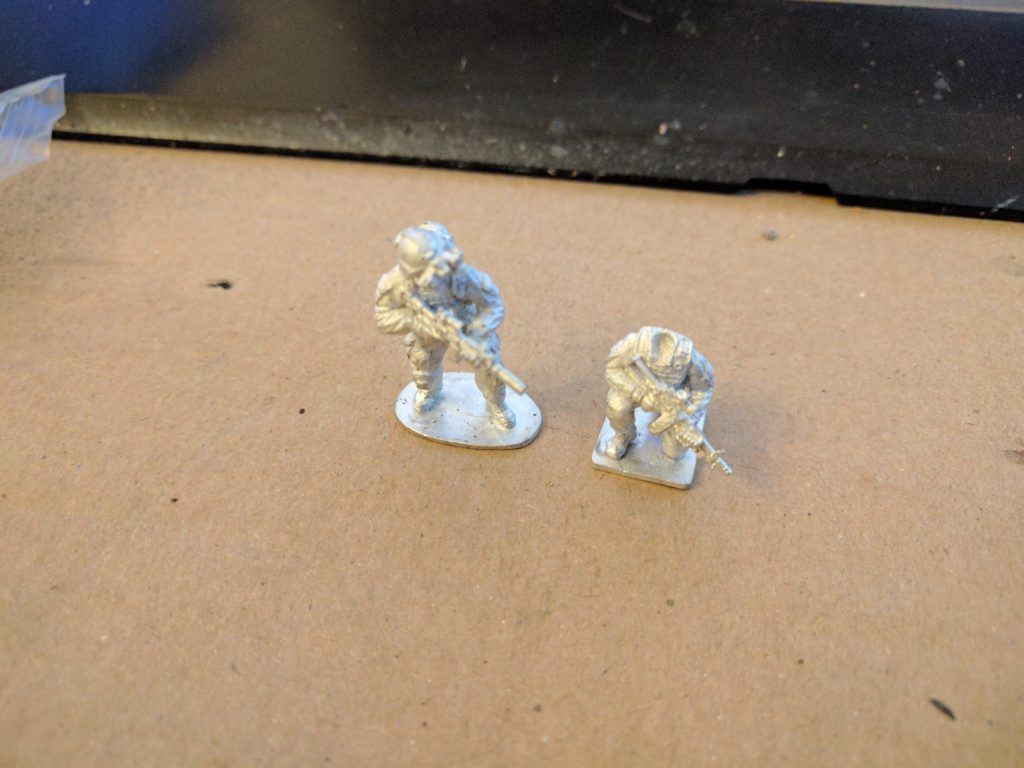 An interesting observation is that the style of base has changed. The new releases don’t have the usual thick square/rectangular bases. Instead, the bases are more irregularly shaped, similar to the style used by other figure ranges. This is great news for me as it means there is less need to trim the bases down and send chunks of white metal pinging round the room.

This is really a hobby week as I tried to get more figures ready for Cardiff. I didn’t get as much done as I would have in an ideal world but it was a fun time. 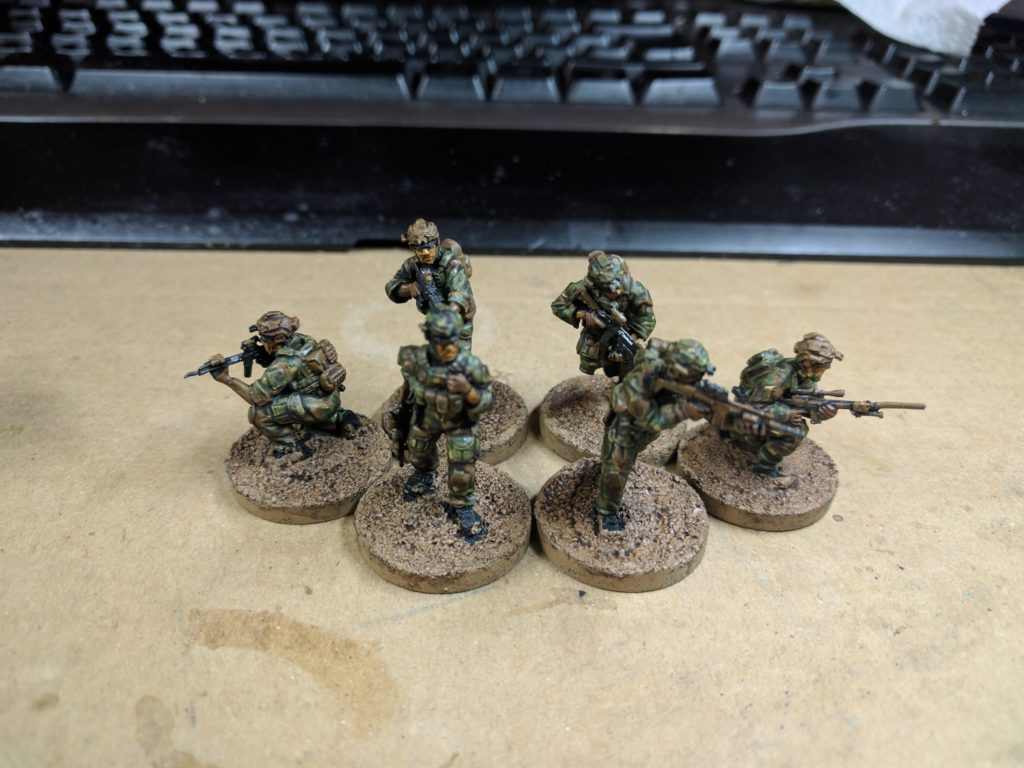 First up, Spectre’s US Army Rangers in multicam. These guys have been sat in my pile for a while and are the perfect group for painting in multicam. They are also covered in gucci gear, from the fast helmet and plate carriers to the tactical rifles. I think I went a little overboard on the Agrax so they are darker than intended but still look super cool. There is another Ranger waiting to be painted but he has a missing barrel that needs repair so joined the pile of figures needing triage (occupied by a breacher needing an AA12 barrel replaced). 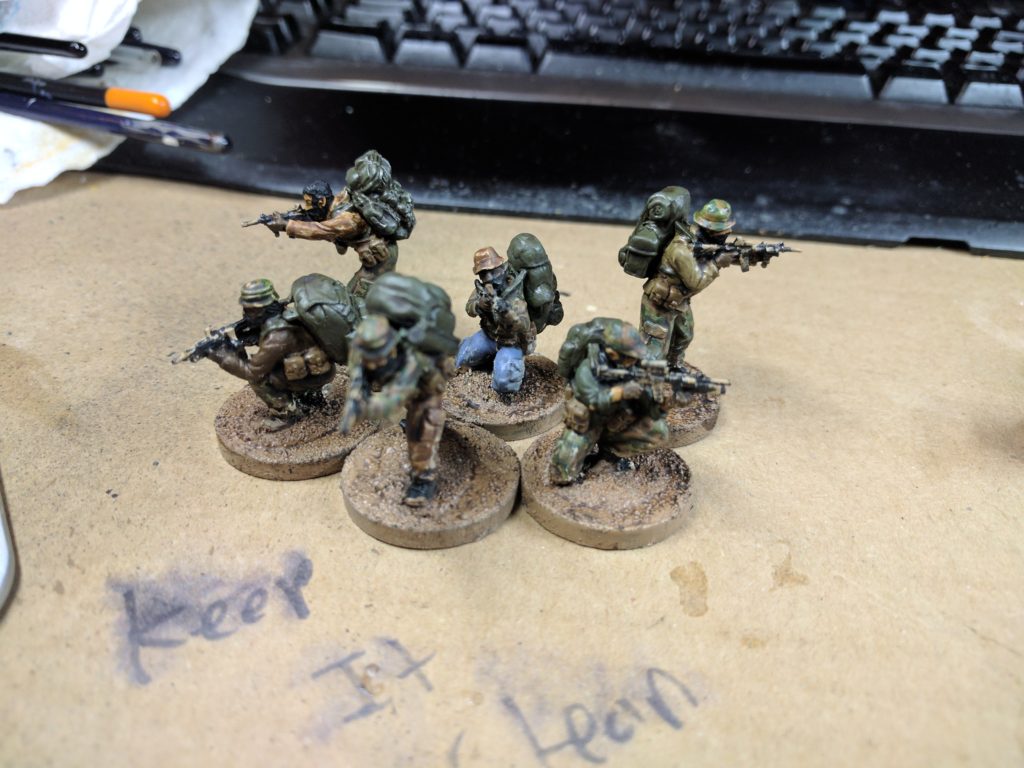 The second set finished was the group I was working on during my holiday, the SAS Patrol. As I mentioned last week these guys had just been stripped and were repainted in a scheme more appropriate for Bazistan. Multicam was once again a common theme amongst all of them but I also mixed up the colours. Three figures have DDPM (or an attempt at it) and the rest have solid colours. Again, happy with this lot. 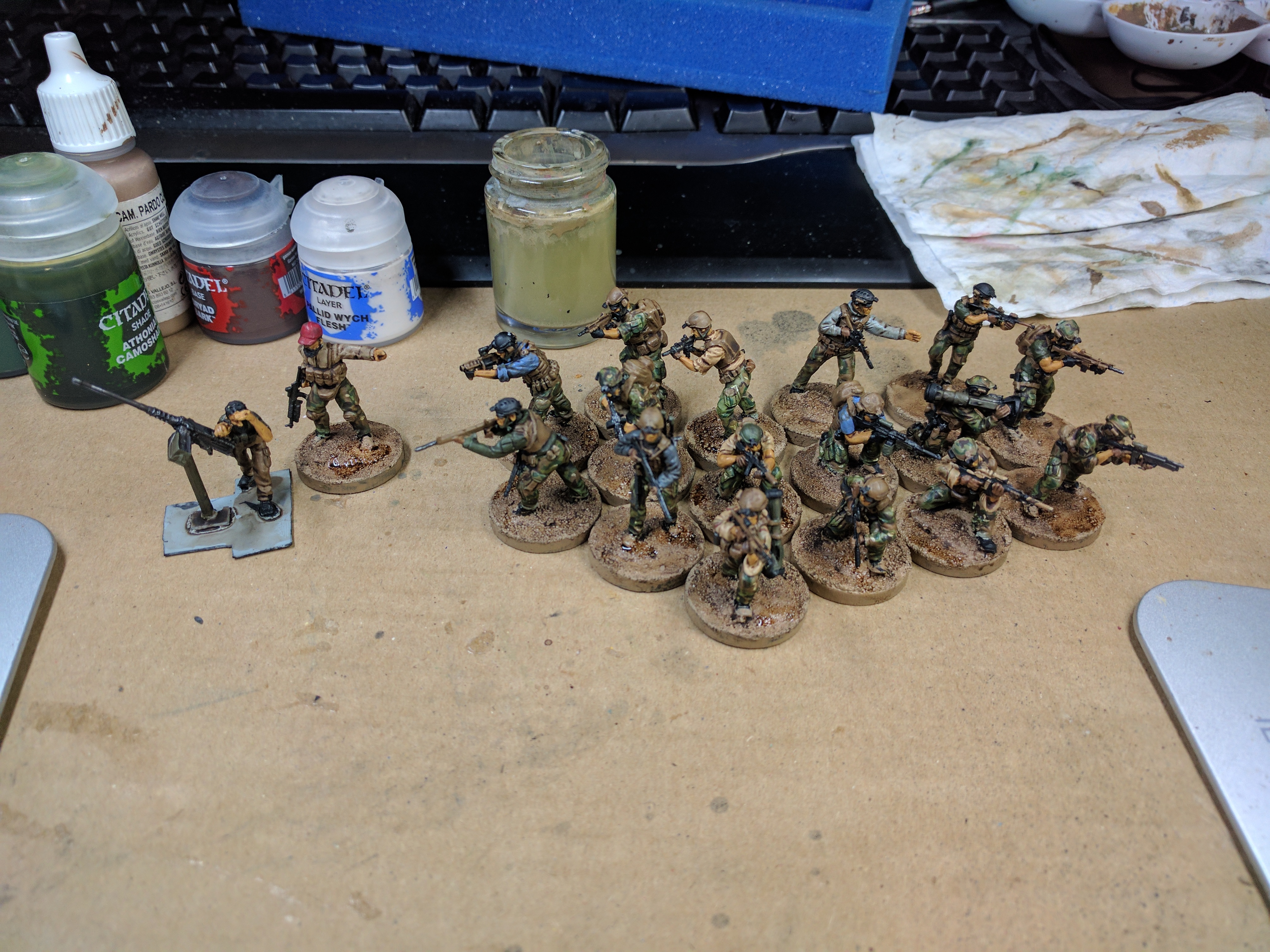 Deciding that sleep was for the weak, I then made up the silly plan of getting operators ready for Cardiff the night before I set off. It took me most of the evening but the picture above shows my finished group. Not as many carbines as I would like but a nice selection ready to go. I was very happy I managed to get them painted in full camo without rushing too much so that I don’t feel the need to strip them just after the last wash goes on. I also finished off the last .50cal for my technicals and a better equipped leader from my militia forces. Overall, a fun set to paint and glad to get them ready in time.

That’s it for this time, expect more updates next week!