Let’s start, covering the 7th of August through to the 13th of August.

A scenario went up! It’s a little different from my usual posts but it’s something that I’ve been wanting to finish for a while. Also the release of Free Fire meant it was the perfect time to release it.

I’m also carrying on the blog post experiments. Looking at how many posts I want to write which are not impressions or battle reports and it seems I’m going to running out of weeks in my life if I also want to cover all things new. So new plan – every other wednesday there will be a post. This is for smaller stuff like new models in an existing range or minor hobby updates such looking at a completed painting projects. The weekend post will be for bigger things like new lines of figures, larger releases or new rules content for other things. I have so much I want to write and want to see if I can manage this tweak.

Nothing this week, I was too busy seeing Aunty Donna on the usual gaming night. Planning more games though.

Nothing, last week was more than enough. My orders have now arrived so expect some update posts coming soon 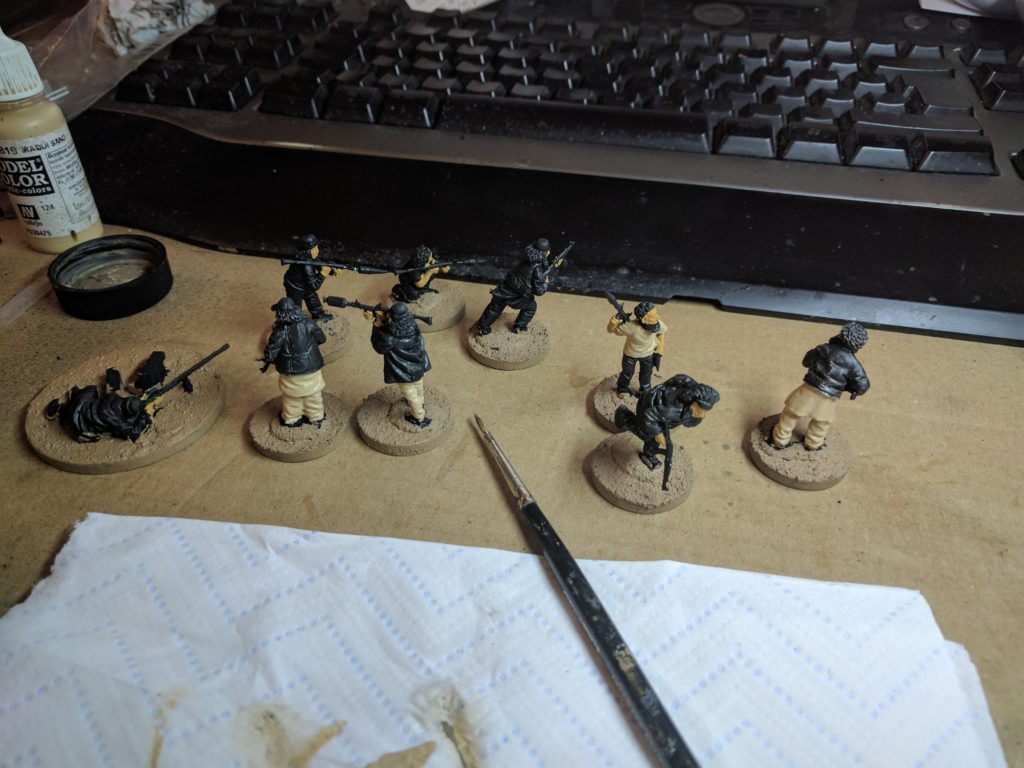 I’m in the process of painting the latest MENA militia up ready for their debut on Wednesday. More details in that post but they are great fun to paint. 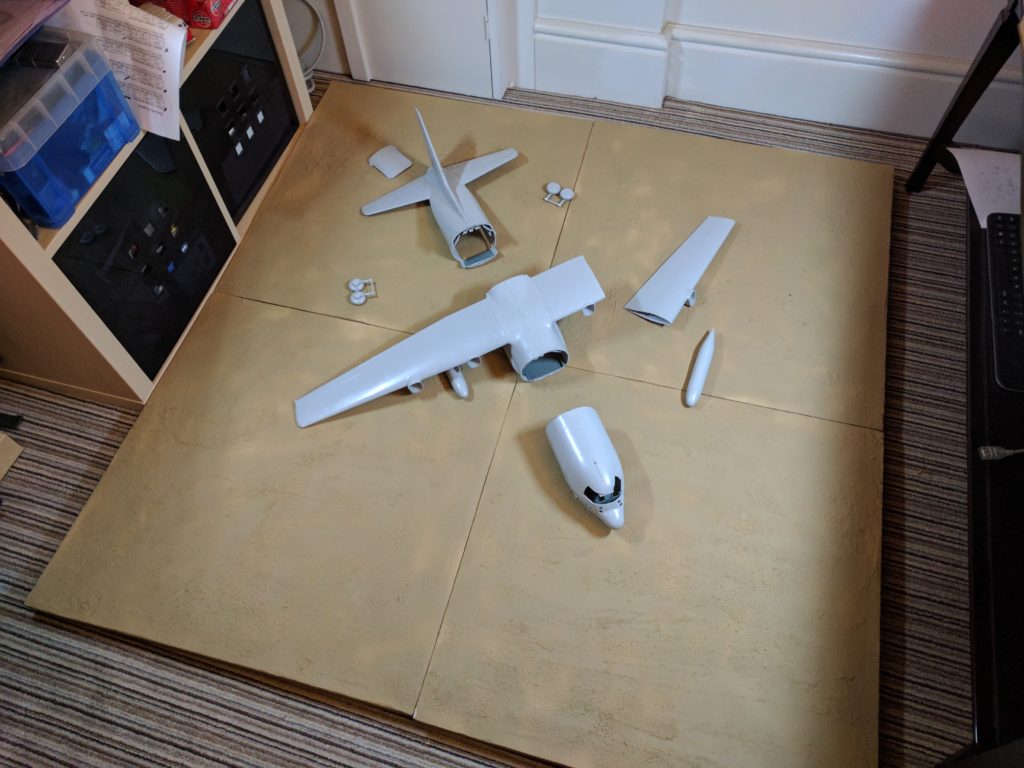 Boards are also progressing. Finally got the basic colours on, so now I can start getting the rest of the board sorted out and the terrain items painted. The forces are mostly ready so just need to push on with making the fighting area pretty. 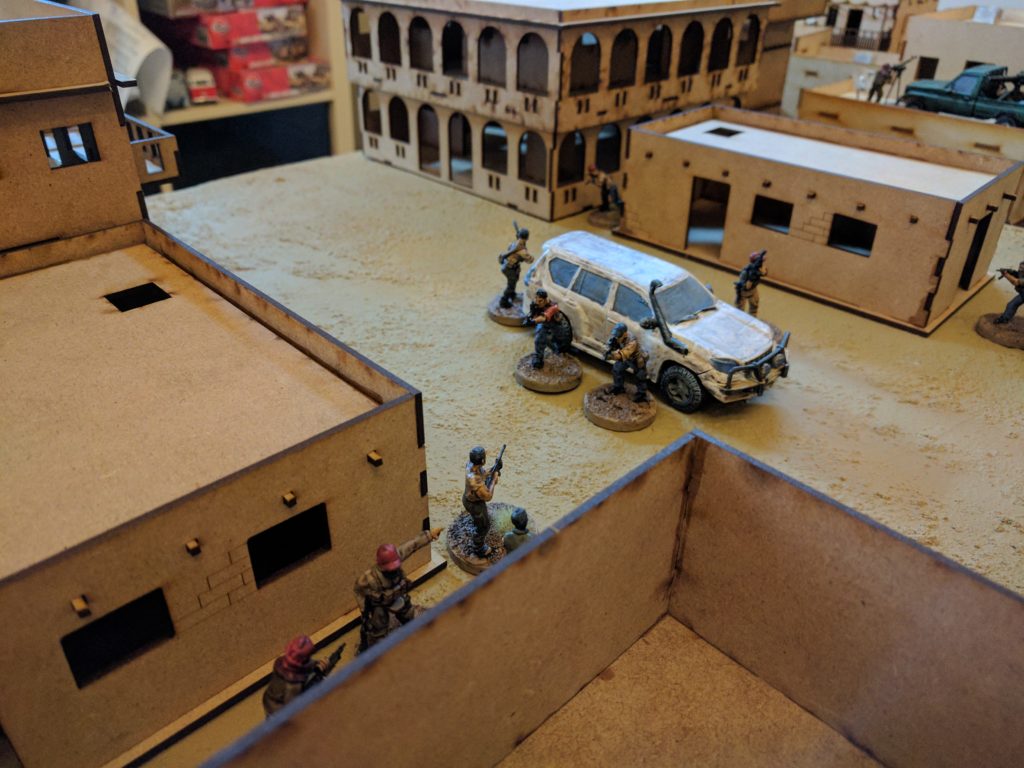 A bonus of having these terrain boards is that I now have a playing surface in my flat, all ready to play some game on. The bigger bonus for you, the reader, is that having terrain boards means I can setup much more visually appealing photos for impressions and battle reports. So hopefully, less pictures of my desk.

Before anyone asks, the terrain in the photo above is from RedVectors. There will be an impression in the next few weeks but as a preview – they are really good.