Let’s start, covering the 28th of August through to the 3rd of September. 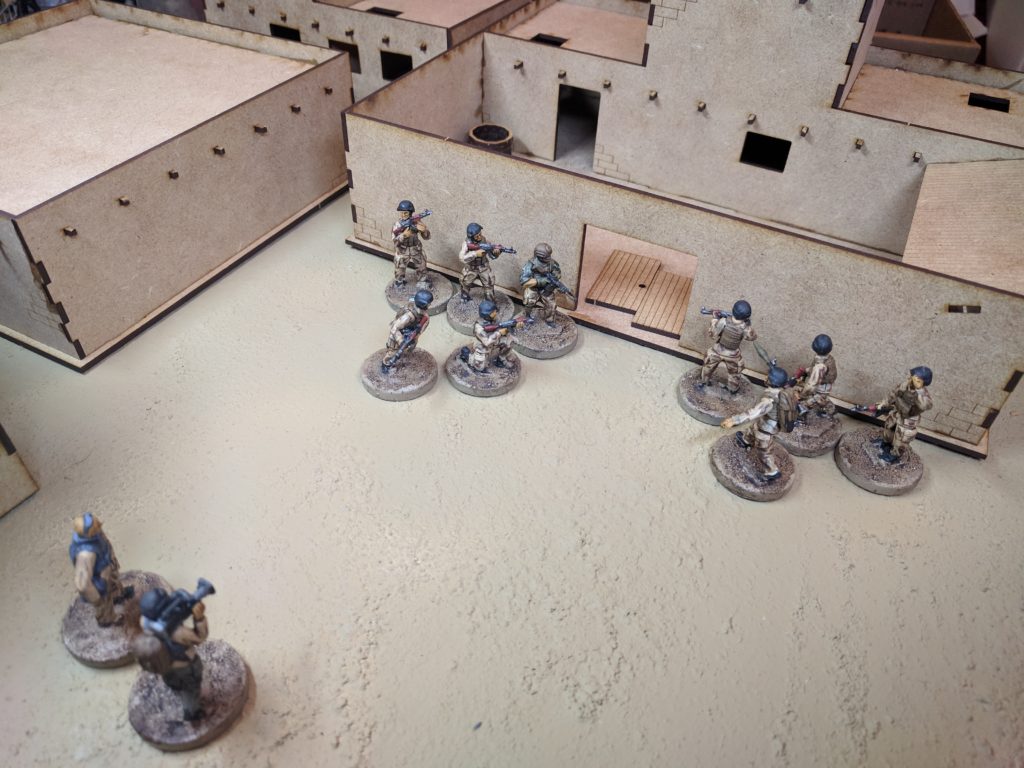 Two actual posts this week – a look at Empress’s releases and a battle report from Thursday’s game. Both posts were great fun to work on – the rush to speed paint figures in time for a deadline and then the fun retelling of a game.

As a head’s up, we’re approaching the run in to my first demo game. As such, I’m going to be writing shorter posts for the next month or two. The timetable will be kept but there will be less battle reports as I spend all my time frantically getting stuff finished. 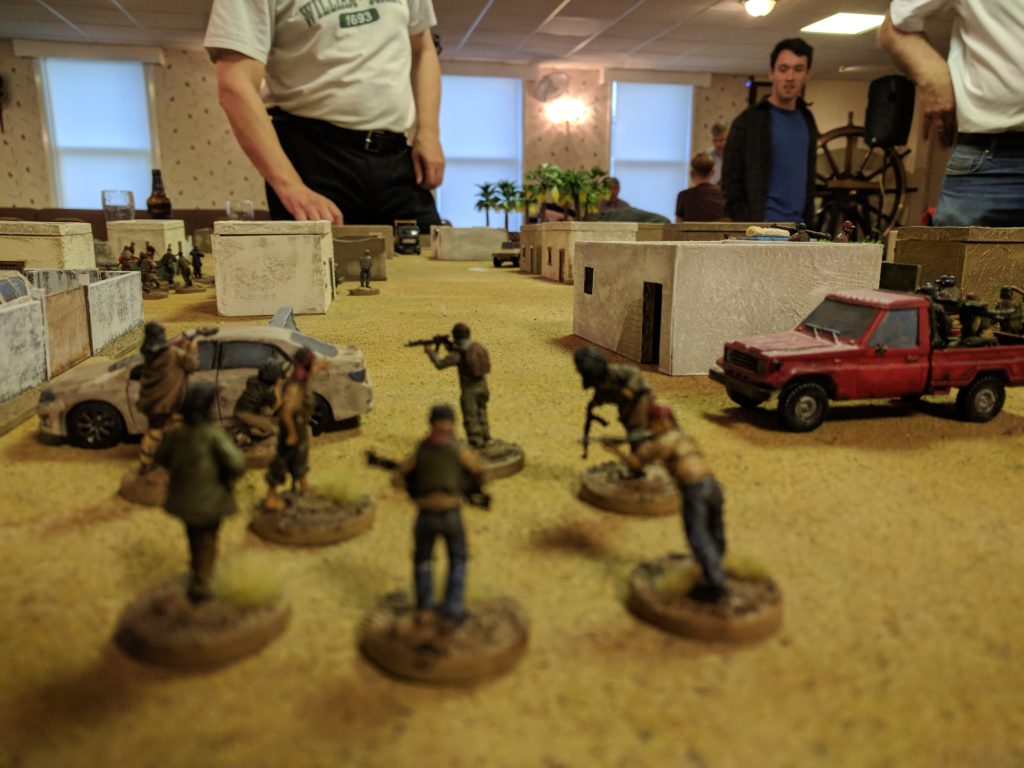 Thursday’s game was a load of fun. I was really glad with the end result – a proper ambush rather than just a minor speed bump for the BLUFOR guys. One of the things I’m enjoying about building my forces up is just how visually impressive everything is getting. We had multiple people walking over to admire the board. I guess a big part of it was down to Jack’s simple but effective buildings but the technicals also draw the eye.

Nothing ready to show but I’m starting work on a few projects. One is secret for now but it should be out sometime close to the end of October. It’s a little spooky but still relating to modern gaming. 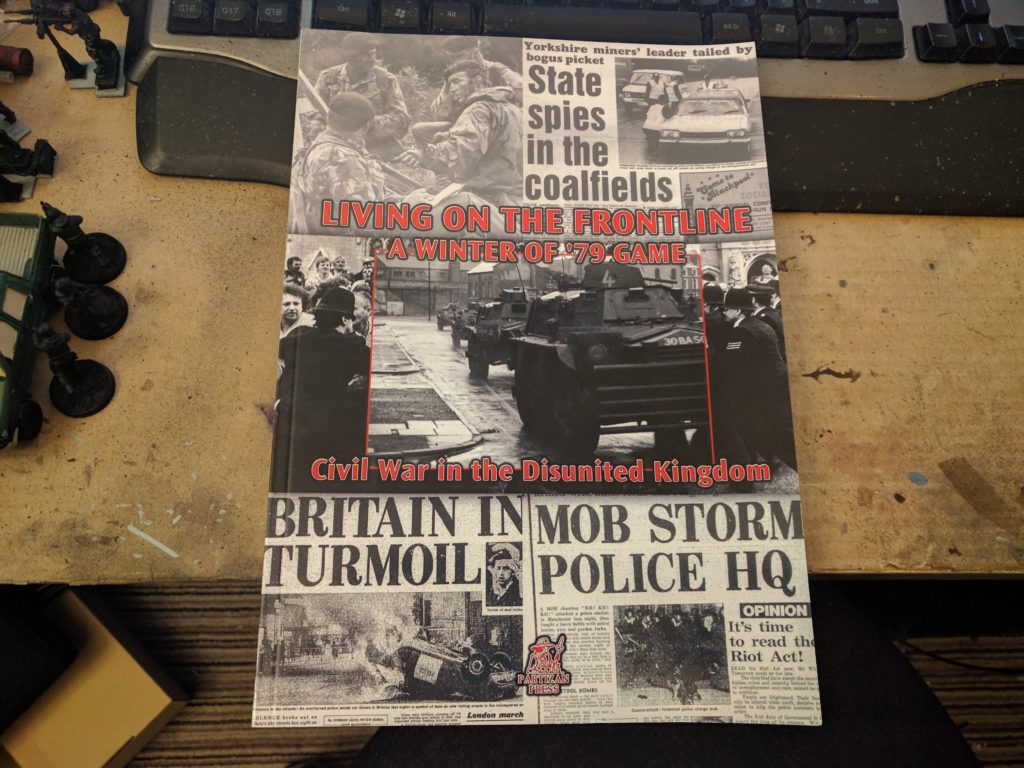 The other is some new rulesets to take a look at before November as part of the second installment of the Modern Wargaming Comparison. The first one to arrive is the Winter of 79 rules. From a  quick flick through it seems to have some really cool ideas due to it’s focus on this specific period. Other rulesets are coming soon!

There are also a few more things coming for the demo board. More details in the next game update. 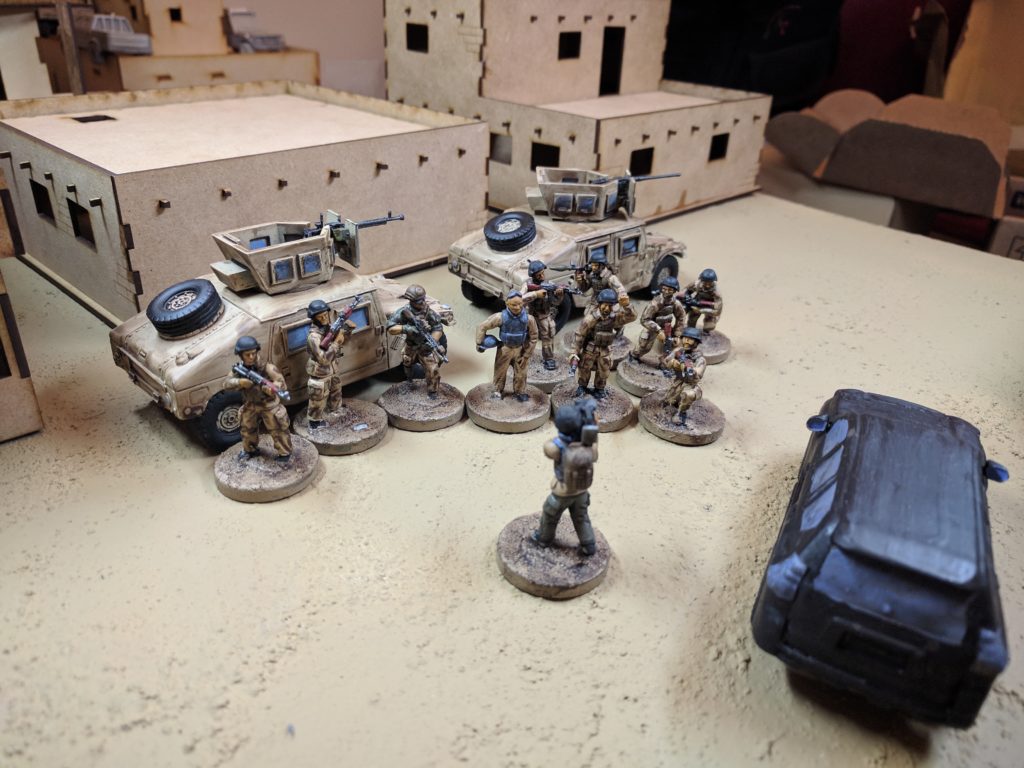 This week was a mad rush to get the Empress figures done. Overall though it was a simple job but just required some time. In part this was due to the choice of 3 colour desert; It’s a really simple camo to paint and so I hammered through the squad of 8 very quickly. Additionally, I was very happy with my minor green stuff job on the reporter, with the nose now looking a bit more present. 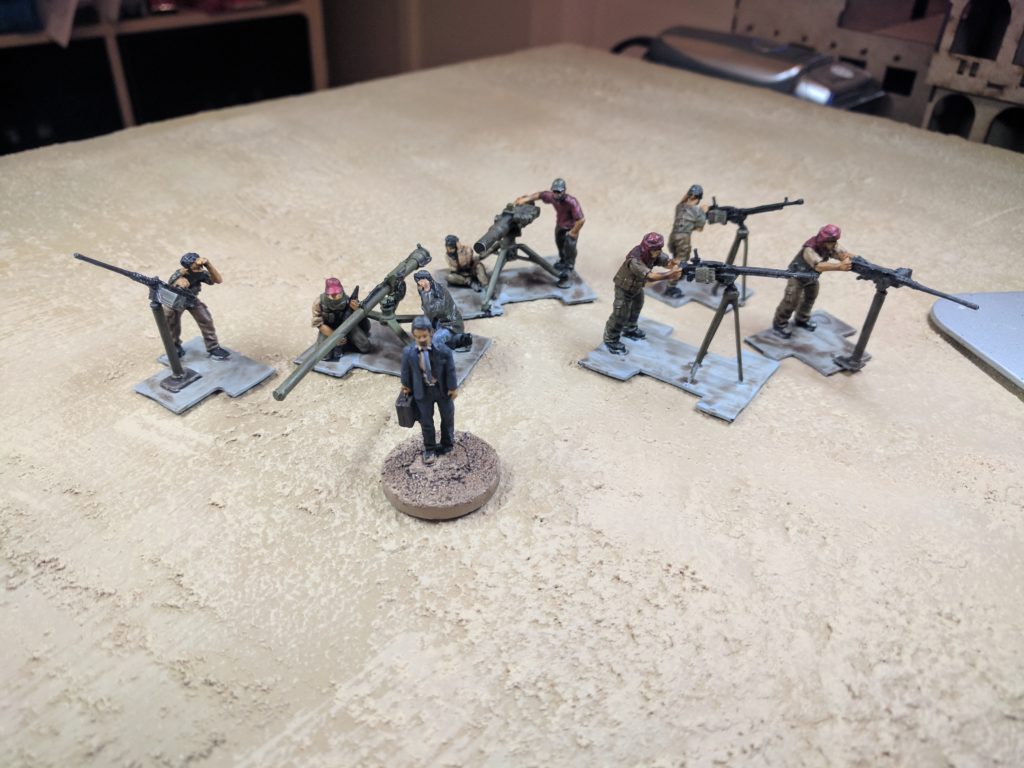 As for the game on thursday it was a much quicker job. Rather than having to paint soldiers and vehicles, all I had to do was paint one VIP (ready to be the aide), fix a figure’s face and then paint the base of the remaining technical weapons. 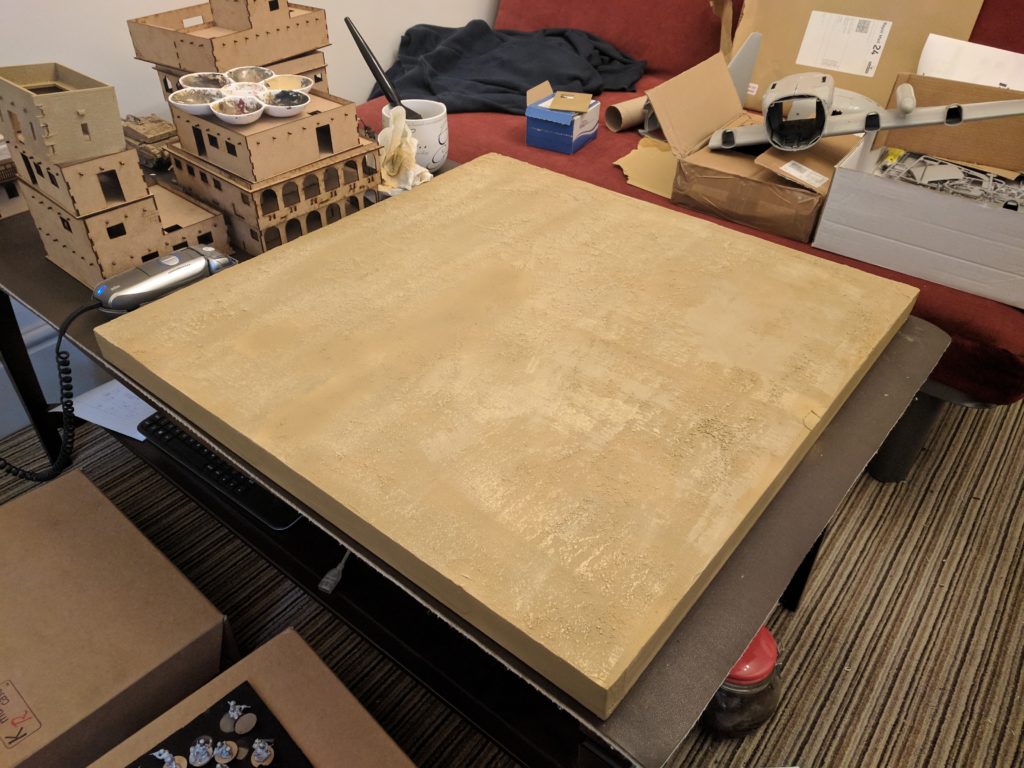 The weekend’s hobby work was split between finishing off the SF technicals to be ready for their prime time showing on Friday and working more on my demo game. The board has now been drybrushed so the next step is to get all the scenery on top of it ready. Such as the giant plane.