Let’s start, covering the 18th through to the 24th. 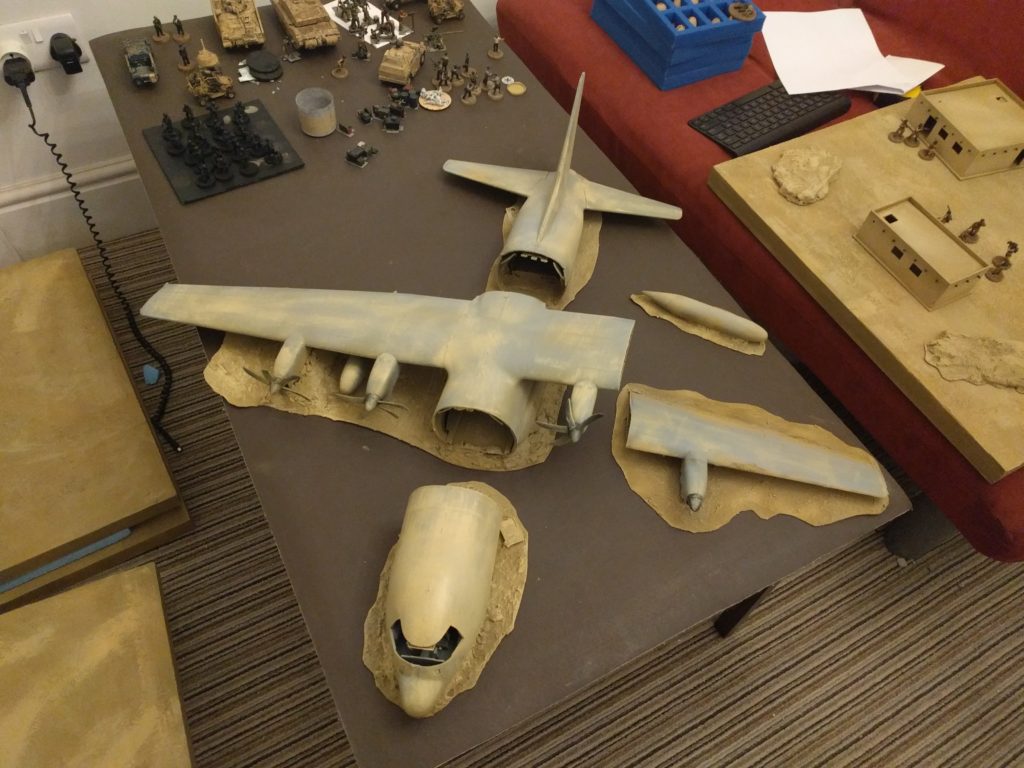 This week’s post was looking at how my demo board is going! The last time I posted about it was back in May where the boards were still mostly wood and the plane was in the box. Now the boards have been played on, the model kits has been assembled and then brutally cut to pieces, and the people have actually enjoyed themselves while playing it! 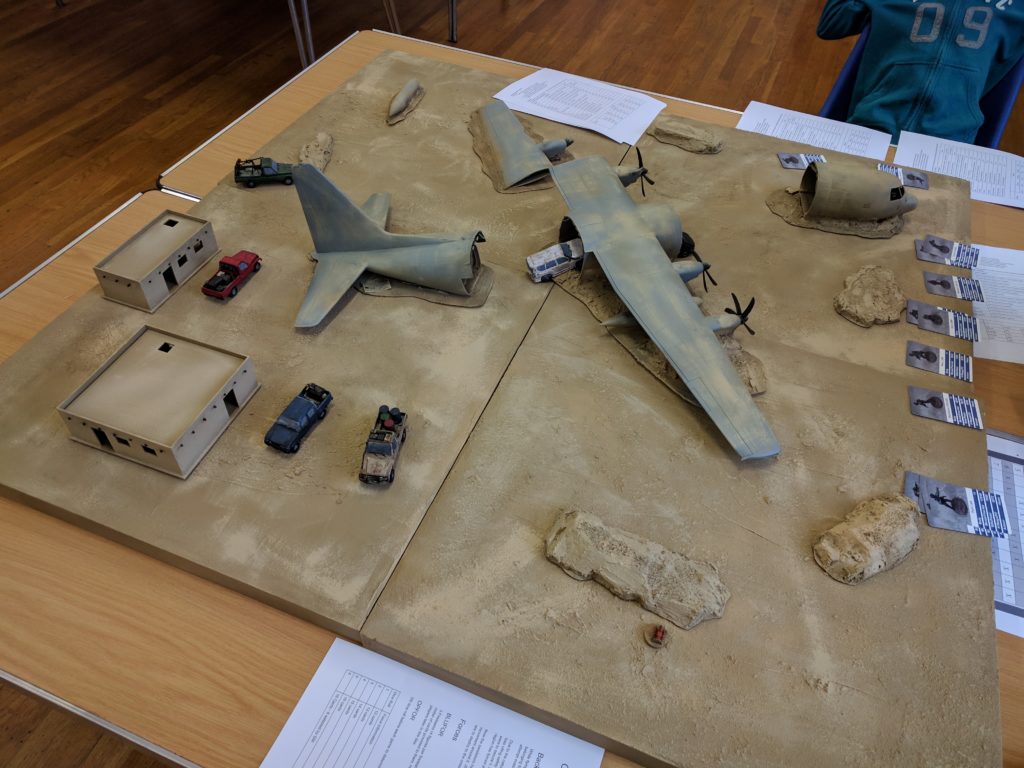 Nothing at SESWC (I was too busy having a break from drybrushing) but on Sunday I woke up at 8am, got in the car and drove over to Falkirk to run some test games of my demo scenario. It went really well – everyone seemed to enjoy playing it, the terrain didn’t fall to pieces with seconds and I’m super happy with how it looks all setup. Friday’s post will cover more about it, including what I think worked well and what I think needs adjustment. Also it’s going to include two small battle reports

So while I was busy getting running wargames, Spectre brought out a new set of releases! It was the stuff they had shown at Colours (female operators, Russian with LAW and an insurgent with a stinger) plus a squad of highly trained insurgents in a kill team. We had seen a greens preview of them at Cardiff but painted up they look awesome.

I’m really excited about these guys – as well as giving an edge to the insurgents, the right paint job would set them up for a whole host of roles. My plan? Desert 3 colour and desert MARPAT so these guys are ready to be some SF in Bazistan. Maybe they are Bazi, maybe they are working for the Iranians. Who can say! Either way, I’m really looking forward to getting them painted. Impressions coming soon!

Most of my hobby progress was getting the demo board ready for 100 Years of War. In particular, this week say lots of drybrushing and lots of spray painting.

At the same time, I did manage to do some prep work – now almost at a point where all my figures are at least undercoated. I also got the Tiny Terrain figures assembled, all ready for painting next week. I’ll admit, I have thoughts on them already.