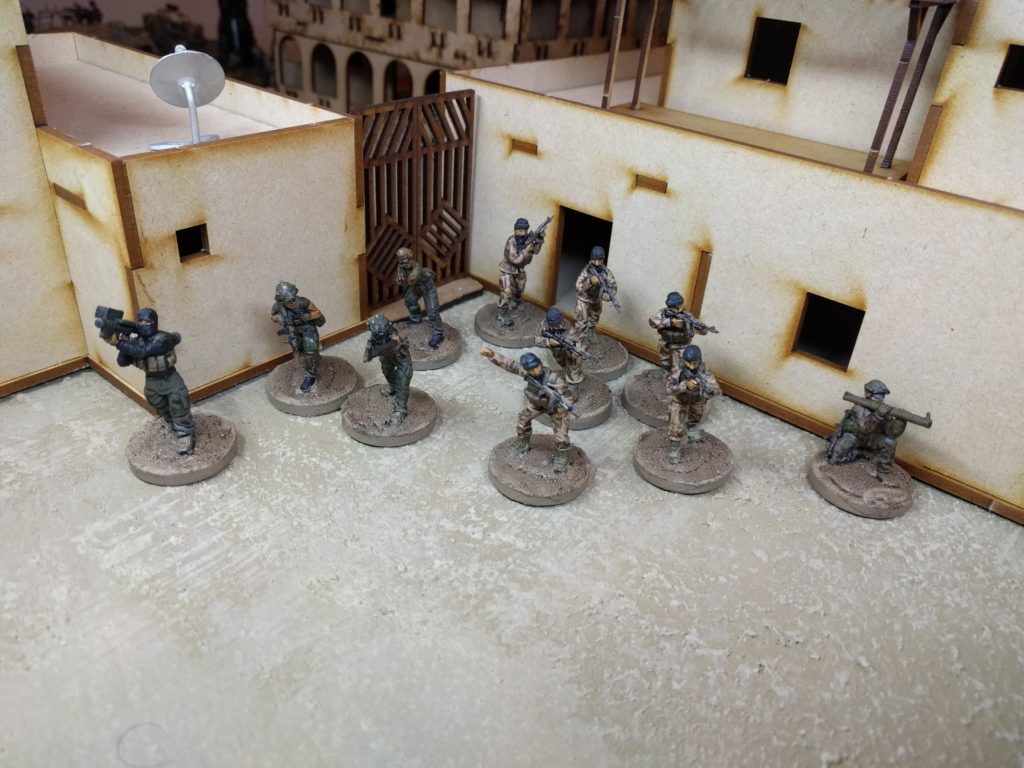 September saw a pretty big set of releases for Spectre. With 5 separate sets covering a selection of collections, there really was something in it for everyone. More importantly, it added some more female figures and filled some capability gaps. 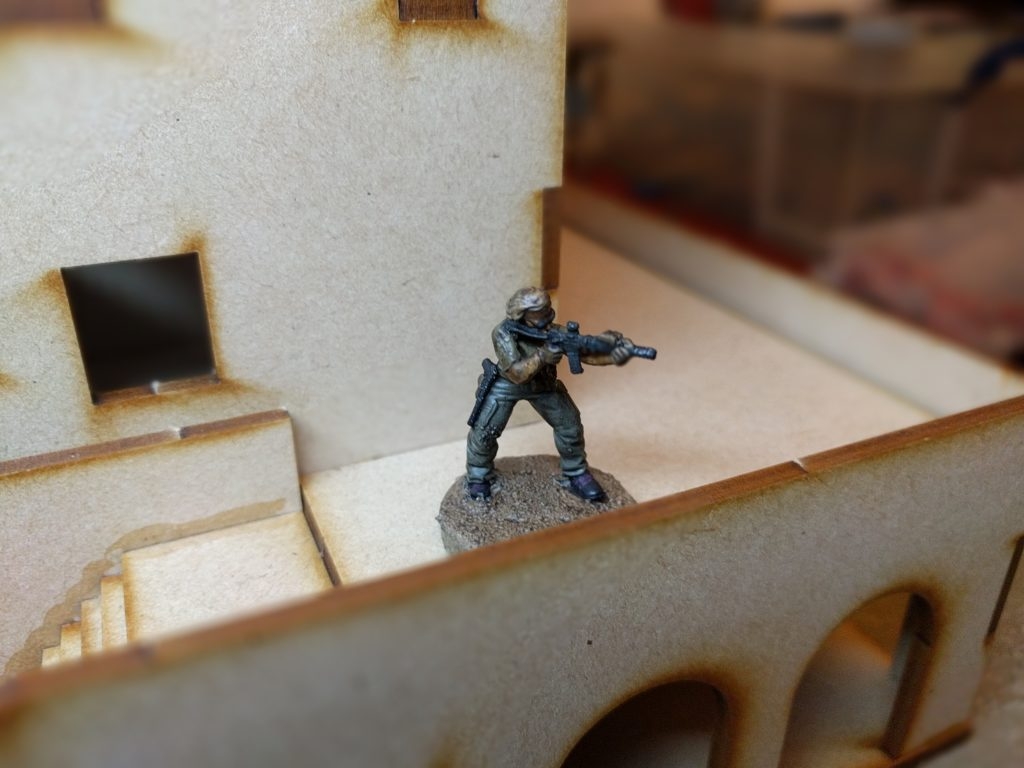 We start with a new Tier 1 Operator. She looks just like her male counterparts, with SIG MCX, silenced pistol and fast mag equipped battle belt. She fits perfectly into the rest of the range and provides some variety to the squad. I’ve painted her up to match the rest of my Argo contractors (solid colour clothing, tan webbing), but she would also work well in an Agent or other undercover force. 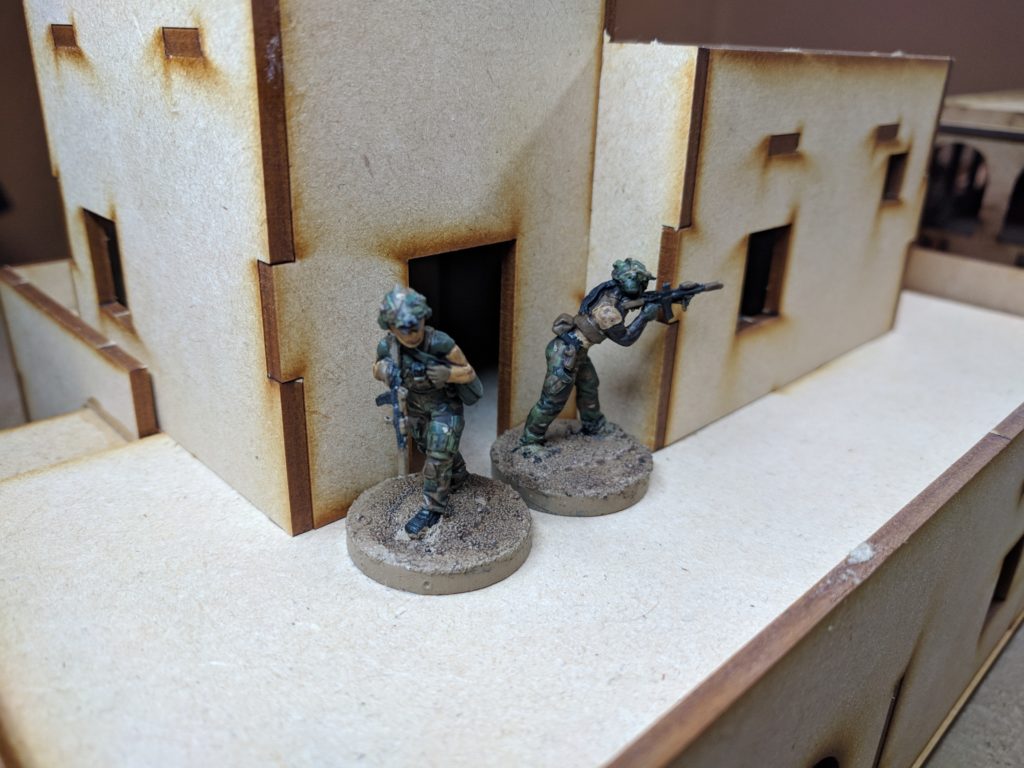 Two more operators to the giant Task Force collection. These two are equipped the same as their colleagues, wearing body armour and fast helmet while carrying carbines with the trifecta of upgrades (red dot, laser and silencer). One is wearing a full size vest while the other just has a chest rig and carrying a kit bag, both packed full of gear. These figures fit

One thing to point out – with the figure with the carbine pointing down, I noticed it was quite easy to bend the weapon back and forth. I don’t think it will snap but it’s something to keep an eye on. 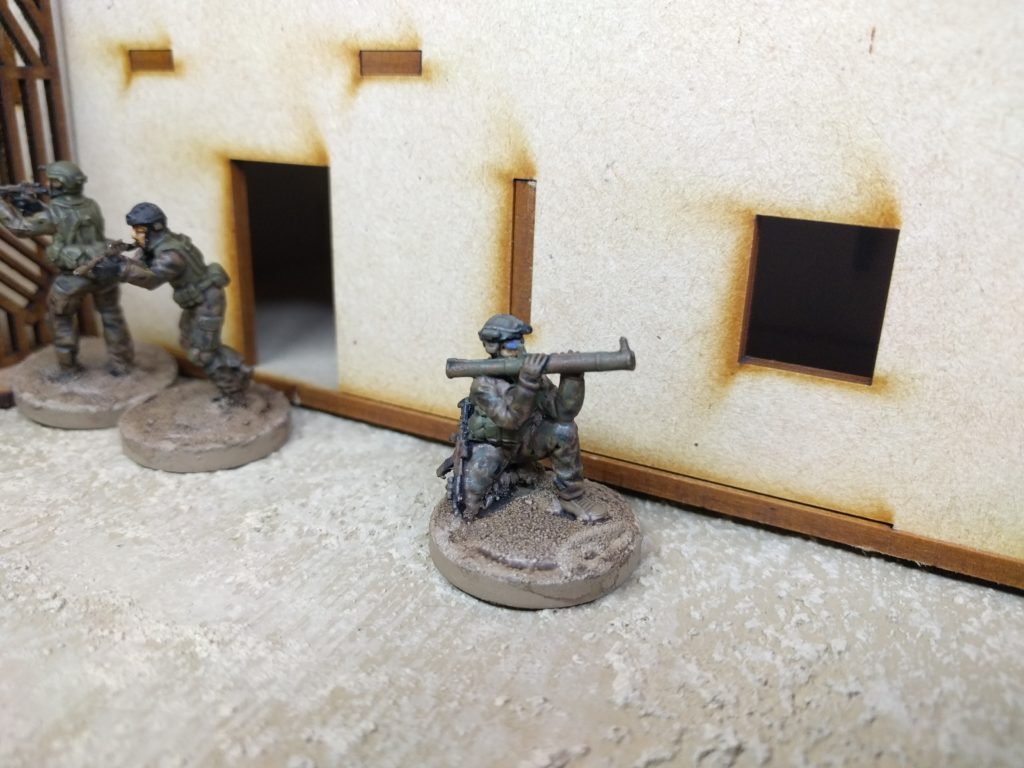 A key capability for any force is the ability to knock out armoured vehicle and fortified positions. Since release, the main way the Russian GRU had to do this was the pump action grenade launcher. Now, a Russian player can pick up this figure and have a light anti-armour weapon perfect for knocking out insurgent technicals or the SUV the VIP is riding in.

I really like this figure – from the crouching pose to slung PP19 SMG, he is spot on for the role. Also there is nothing better than dropping an explosive rocket right on the target 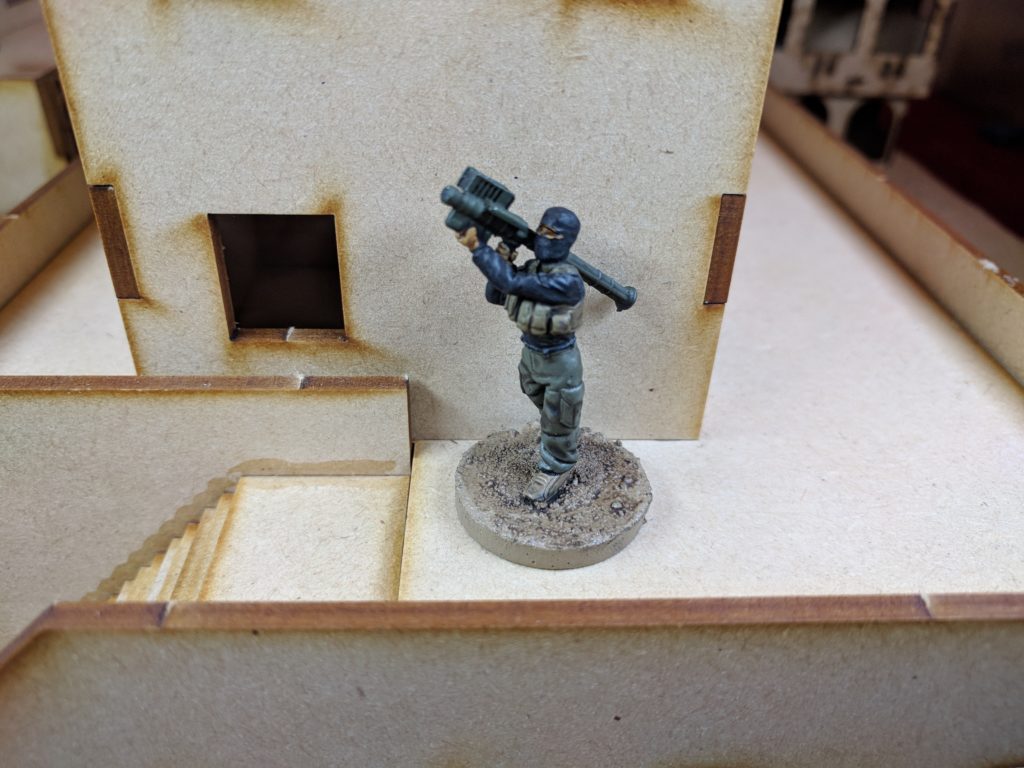 If the GRU RPG was a pretty useful piece of kit, the stinger is going to level the playing field for the OPFOR. In Spectre Operations, MANPADs can prevent airborne off map assets which are often used by the more elite teams (as I know well from the Spectre weekend where a little bird managed to wreck an entire flank). This figure, in balacava, vest and utility trousers, may not have much else but totting the stinger around is a pretty useful task.

As well as being useful against airborne targets, this guy would also be useful as VIP/objective for missions where your SF team is hunting down potentially dangerous gear. 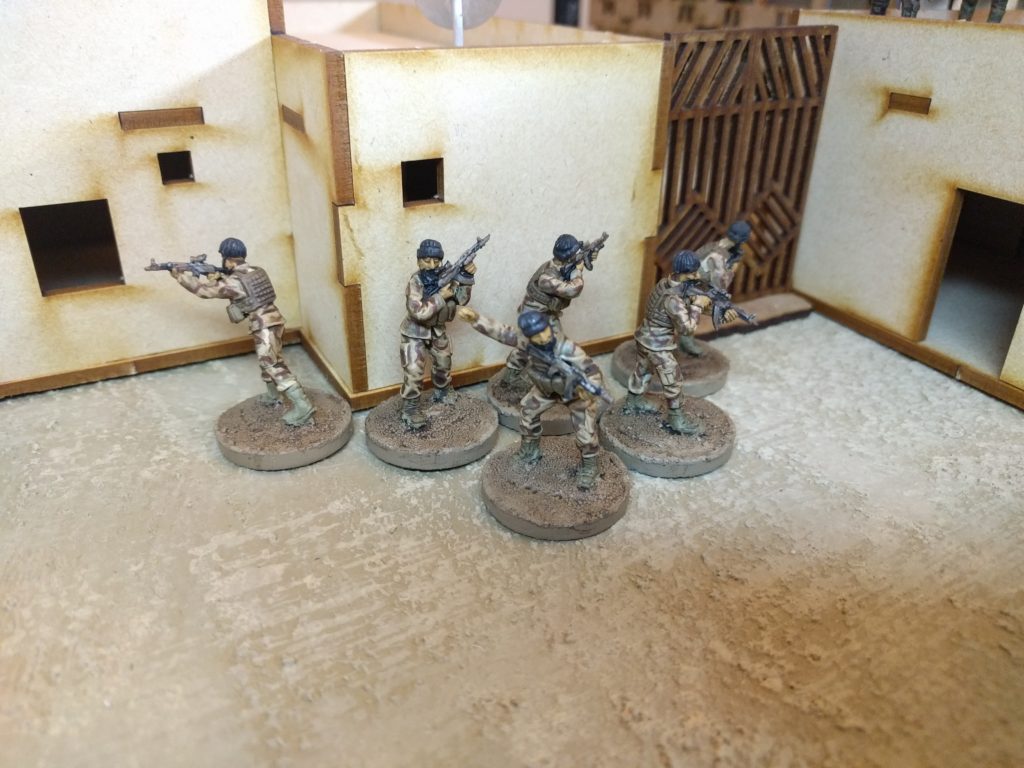 The first release in the new Squad packaging is a new team perfect for augmenting your insurgent force. Sculpted moving more tactically than their insurgent buddies, they are armed with tactical AKs, wearing BDUs, plate carriers and comms gear. These guys can form a core of a force, able to mentor your less trained troops or focus on snatching enemy VIPs. In addition, they could also work as special forces from a middle eastern country, ready to work alongside your Western buddies or as Republican Guard infiltrators.

So why the new Squad packaging? In this case, it makes sense to get all the team members togethers giving you a powerful single unit in one go. I can see the format doing well in other situations such as for specific scenarios (VIP + bodyguards) or interesting packs that wouldn’t sell by themselves. Its strange to see Spectre go from packs of four down to two (or one) to suddenly bounce back with these big releases.

Painting notes, the place where I explain all the painting decisions when it came to getting this article ready. Again, the usual rush to get stuff finished in time for a post. I’m getting better though; this time around the figures were painted Wednesday night mean they were less rushed than usual.

The latest Tier 1 Operator is painted the same way as the other Argo Contractors – block single colour for clothing, tan webbing and a dot of blue for the glasses. She ended up a little darker than her comrades, closer to the other female agents I’ve painted

The two task force operators are also painted similarly to existing figures in my collection.  As they were only wearing tshirts, the trousers had to multicam (using Spectre’s great painting guide) to match the rest of the force. Block colour Tshirts, US field drab for webbing and tan gun parts. The mad rush to

GRU was back to using my Surpat camo. I’m actually happier with this batch than I was with the original GRU figures as I used more green, which in turn made the other colours pop more. I’m tempted to redo the original group, especially as I’m about to paint up the CQB guys in the improved Surpat. Webbing was in Russian uniform.

The stinger wielding insurgent was super easy to do. Nice blocks of solid colour across the different clothing items and then the Agrax wash to dull the colours and make it fit my collections aesthetic (which has been described as having a “Post Gears of War 3rd Person shooter”filter applied)

As I’m using the Killteam to represent Bazi SF, I went for US 3 colour desert camo with painted guns and khaki boots. The 3 colour recipe came from Bolt Action CP on youtube and is super easy to do. They also match up pretty well with the Empress Universal figures I have so mixing in the odd operator to mentor the trained Bazi Army should work well.