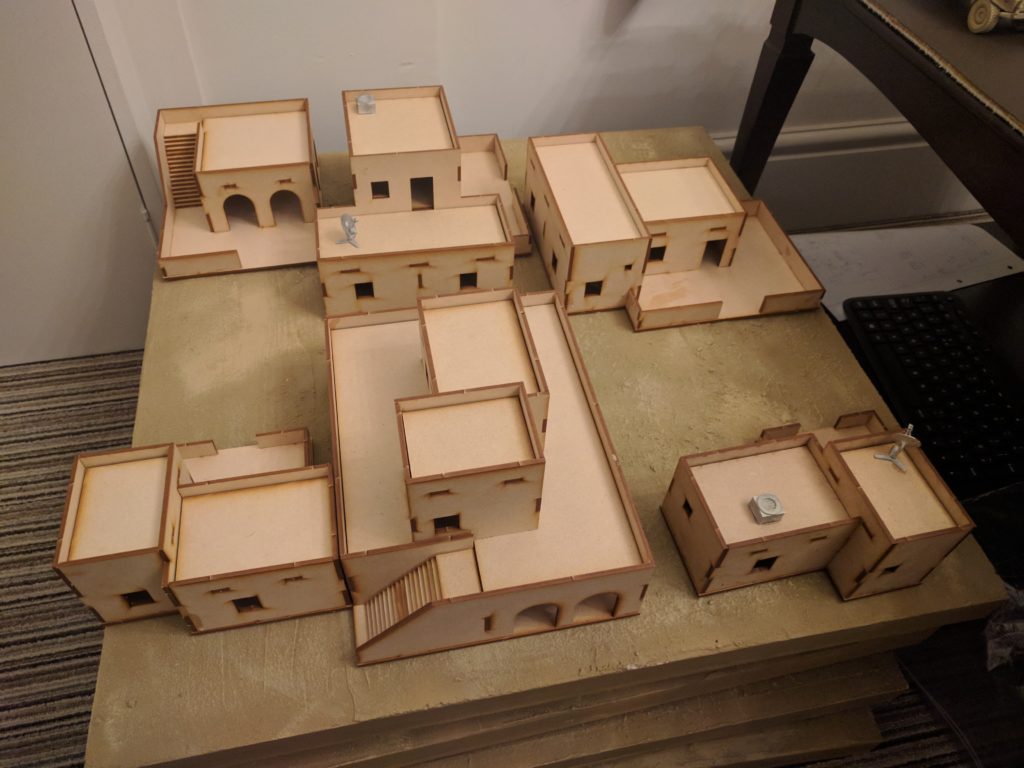 In my overview earlier this year looking at Adobe buildings, I briefly talked about Knights of Dice and their MDF buildings. Since then, I’ve picked up the rest of range and I’m now ready to talk about all the various buildings you can purchase from the Tabula Rasa desert range. In this post, I’m going to look over the basics shells, point out some features and then quickly talk about what I intend to next with them. 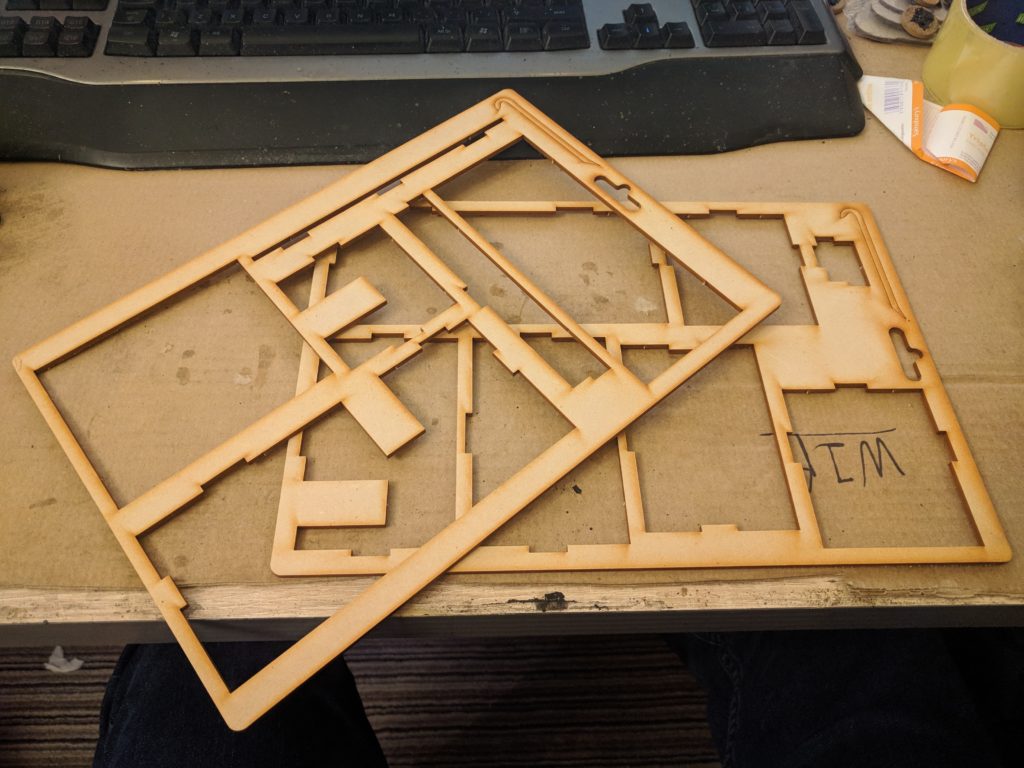 First up, let’s talk about the common features. All the buildings are designed as shells, only contained key structural features and with none of the detailing many other buildings would have (such as exposed brick textures or doors). The shells are made of MDF and arrive on a sprue ready to be pushed out. They are held in tightly enough so they are not accidentally pushed out during transit. This does require some pushing to get them out but I’ve yet to break a piece while extracting them. In addition, most sprues include a crowbar piece that can be used to help get the pieces ready for use. All the MDF is well cut (needing only a tiny bit of trimming on the connectors) and fit together perfectly during assembly. As always, do a dry fit before gluing together.

In all cases, the buildings have removable roofs and easy access to both floors. All the buildings also have logical access to each room via both internal or external doors, windows or via staircases. I’m not a huge fan of the staircases; assembled by default and they are way too small to fit figures on bases onto the stairs, instead acting more like a ramp. There are alternative ways to assemble them so that they are more usable but by default you won’t be placing figures on them.

In terms of scaling, the doorways are a tiny bit small for 25mm bases to fit through but perfect for 20mm. Heightwise, figures from Spectre and Empress fit them perfectly, although again I recommend 2mm deep bases rather than the 3mm slotta style bases.

The first two buildings are referred to as Compounds and are the biggest buildings in the range. Both have two floors as well as multiple internal rooms making them a battleground in their own right. 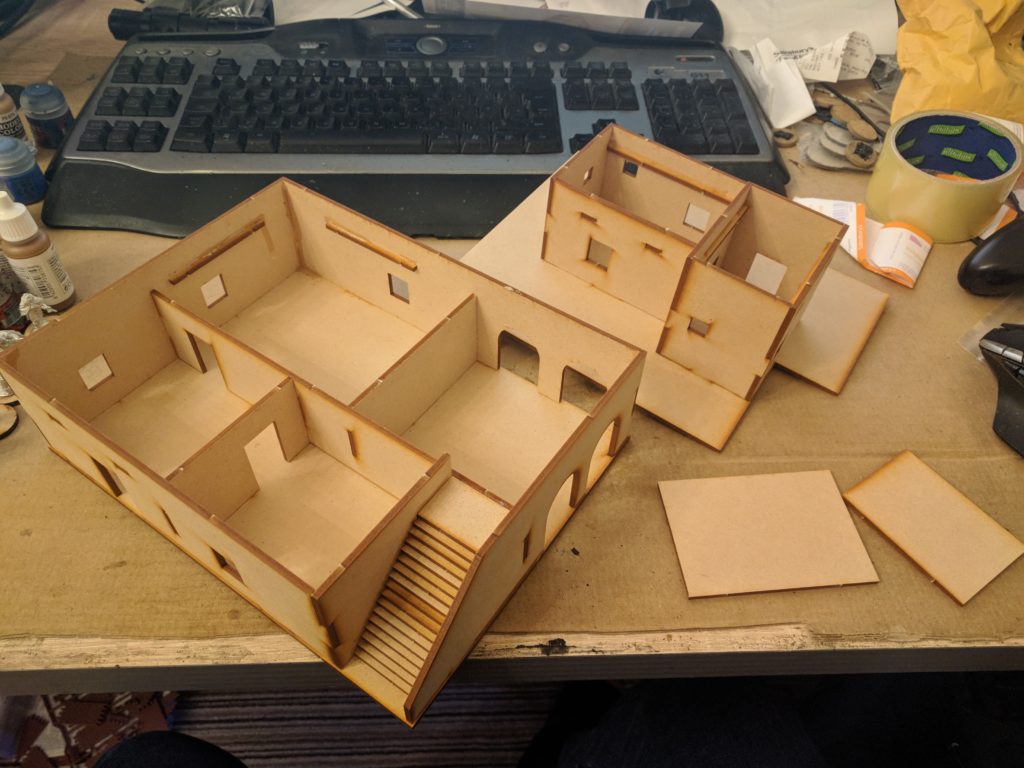 Compound 1 is a huge arrangement, spreading six rooms across two floors. Features of note include a covered exterior area on the ground floor, staircase up to an open roof and two upstairs rooms. 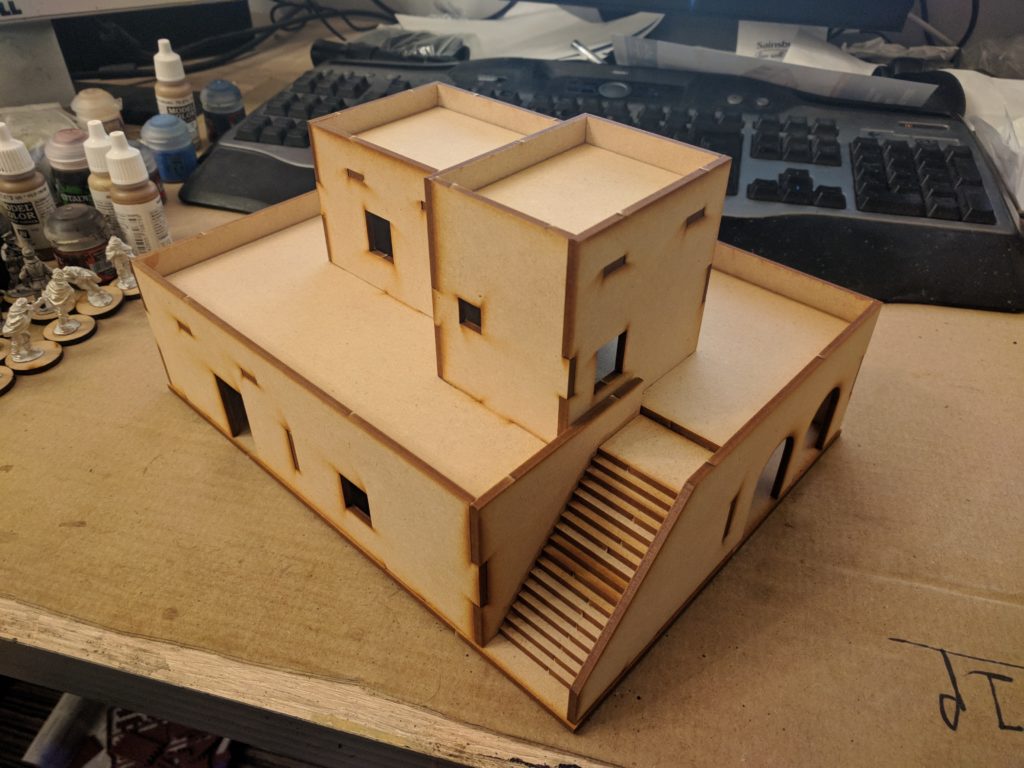 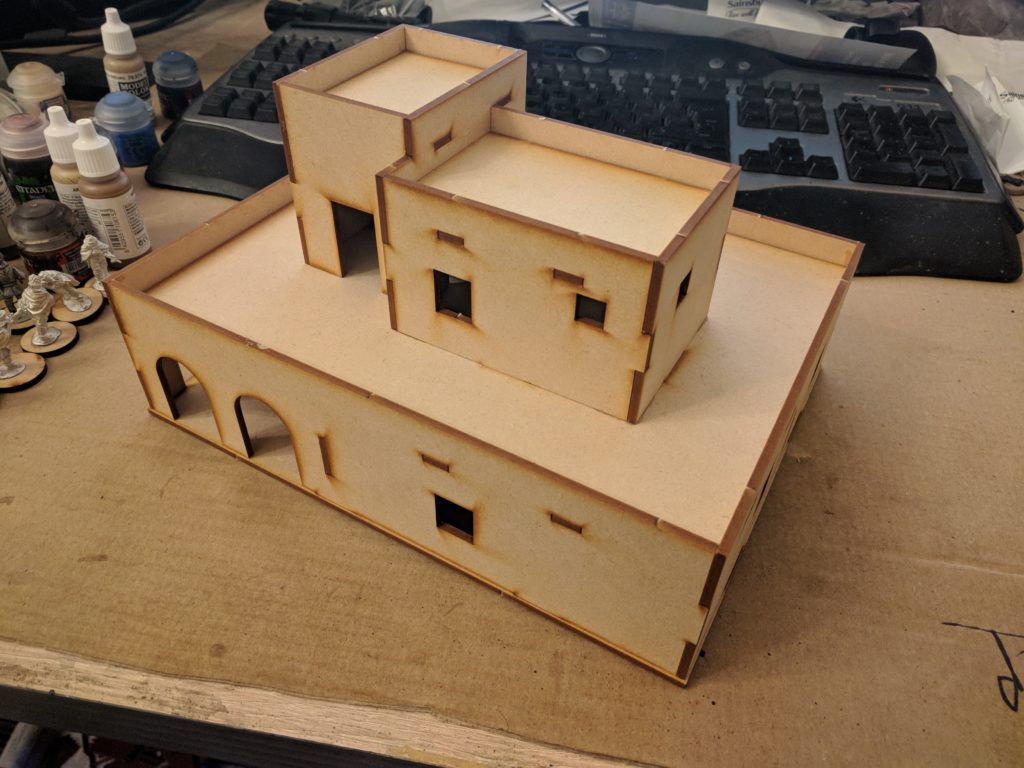 This building is obviously on the more stylish end of the range, perfect for a target building. The ground floor in particular is perfect for some CQB; the wall between the covered area and the rear room is asking for a breaching charge. 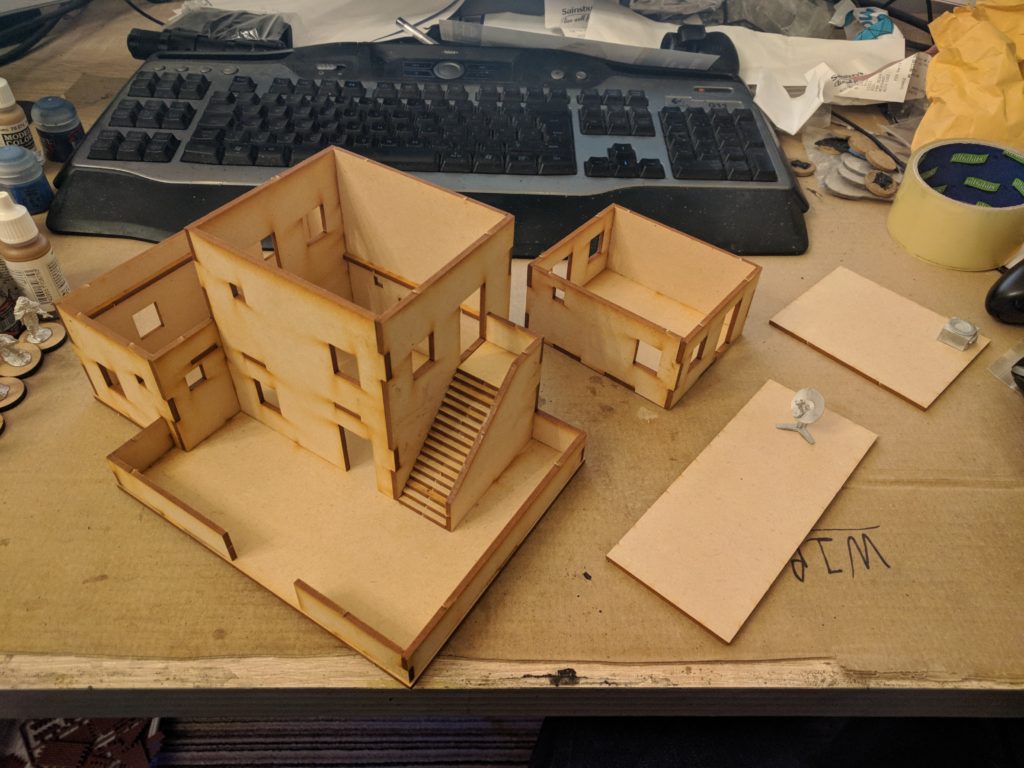 Compound 2 is a slightly smaller footprint but equally detailed. Again spread over two floors, this building has three rooms on the ground floor (the long one is split in half) and an upstairs room that leads onto the roof of the long room. The upstairs room is actually a frame that fits inside the outer shell, making it easy to lift out and be used in-game. 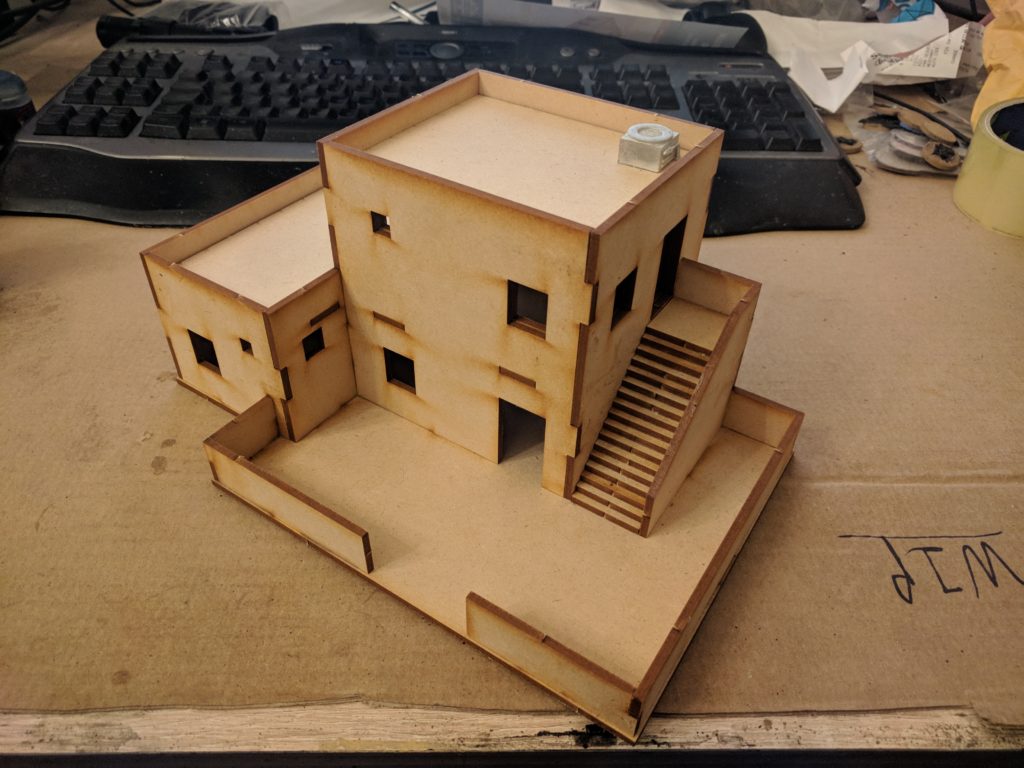 As a note, the metal details are not part of the kit. They are from Empress as part of their builder’s yard. Expect some details on them as the project goes along. 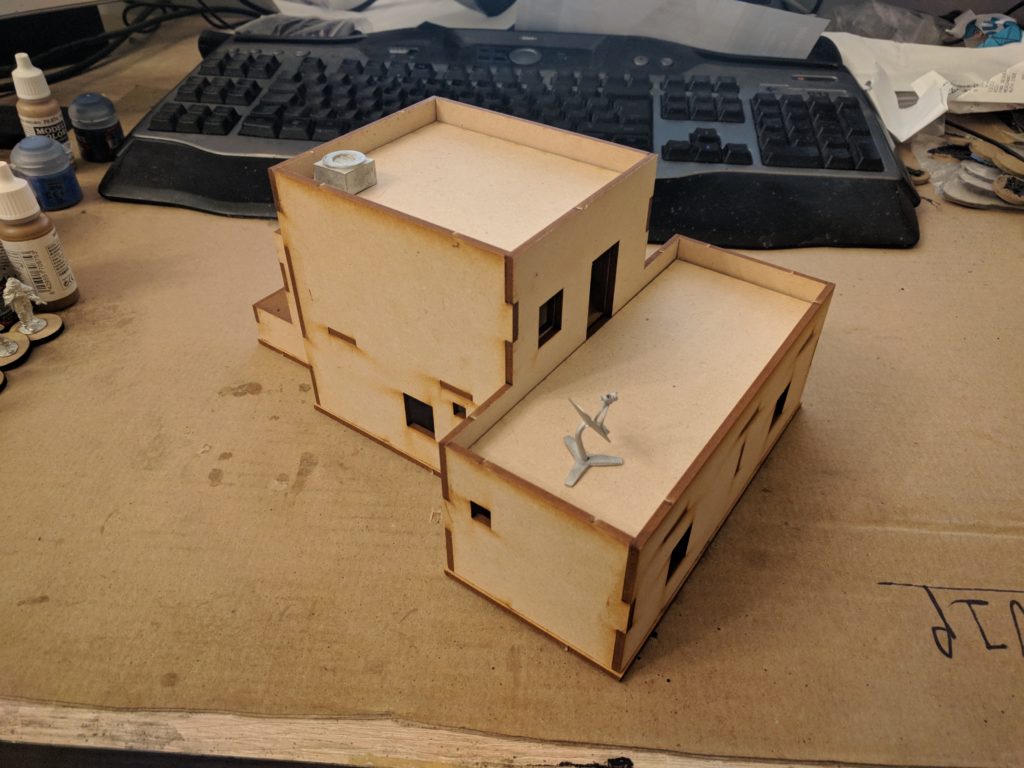 Being a larger building, Compound Two presents some interesting tactical decisions. Multiple rooms will need clearing and the upstairs could be an interesting target location.

The bulk of the range is the small Desert Residences. These buildings have a smaller footprint than the compounds but should still be interesting to play though.

Residence One is a simple two room building but also include a flat outside area with a low wall around it. 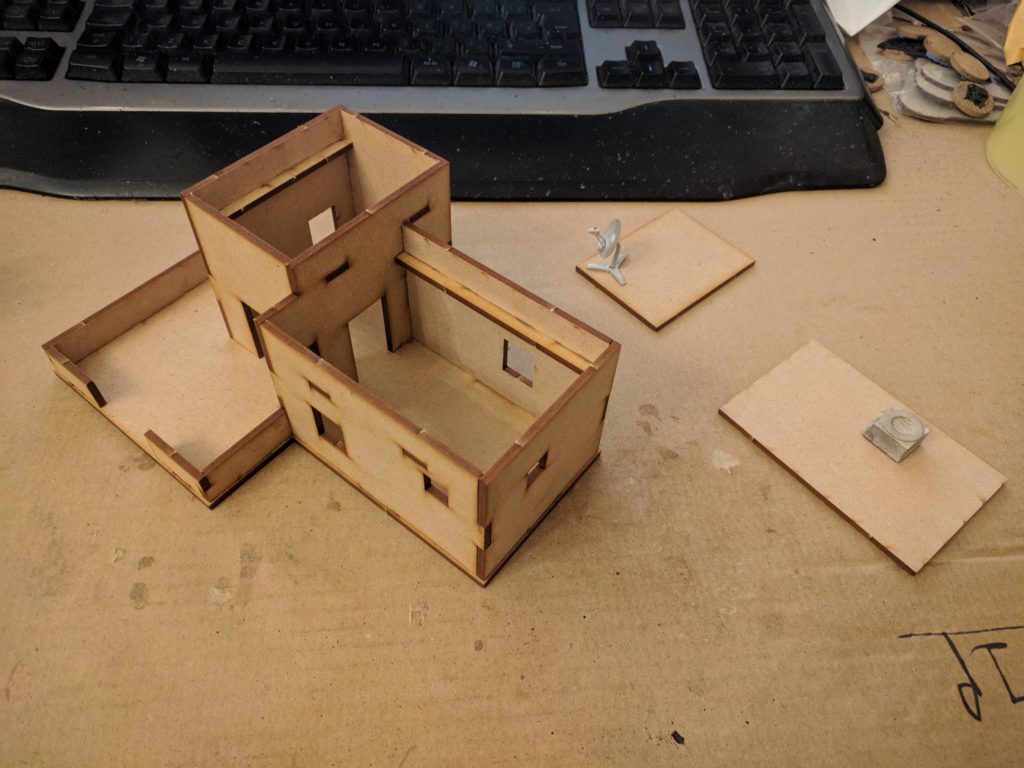 Again, the metal details are from Empress. 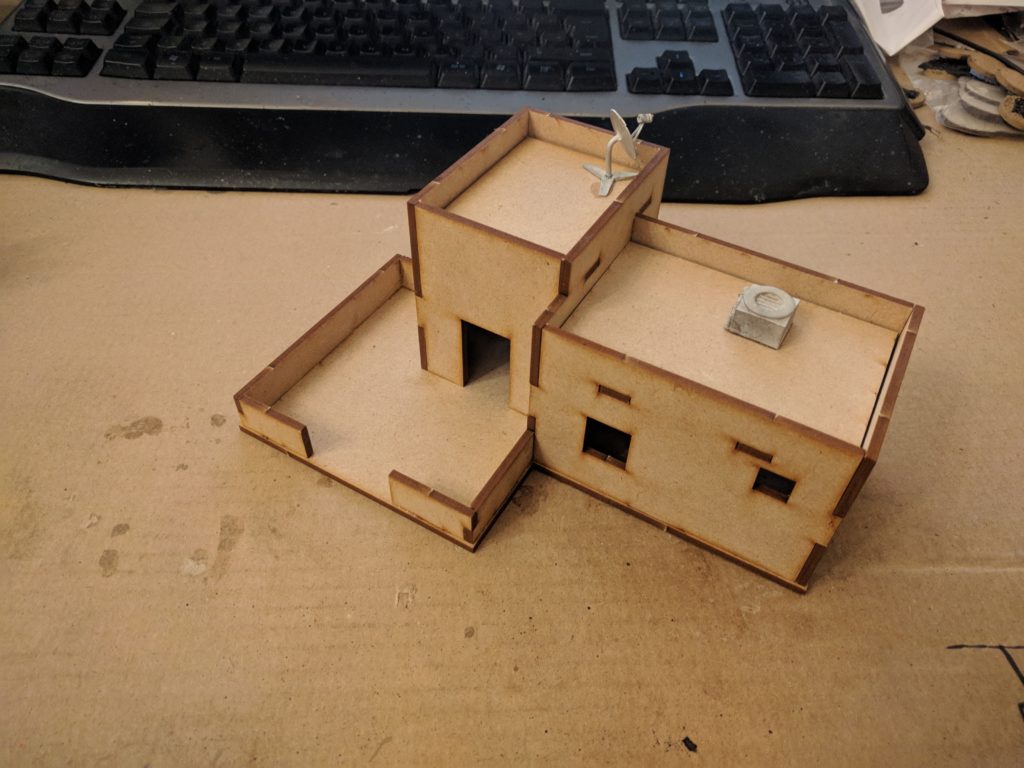 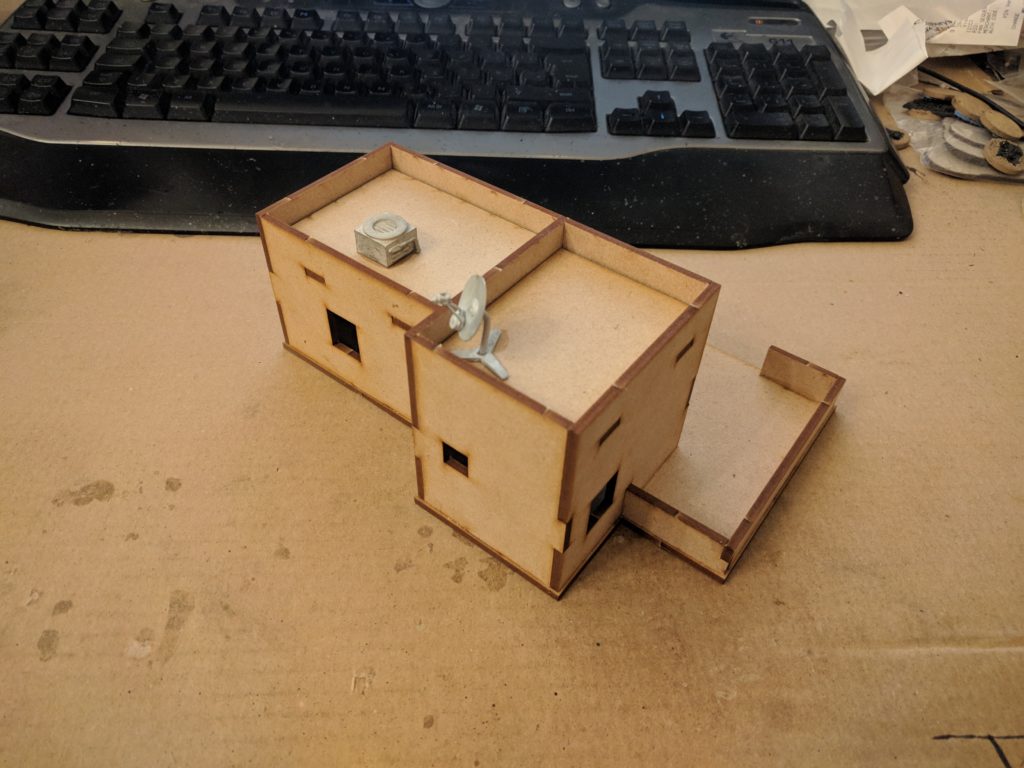 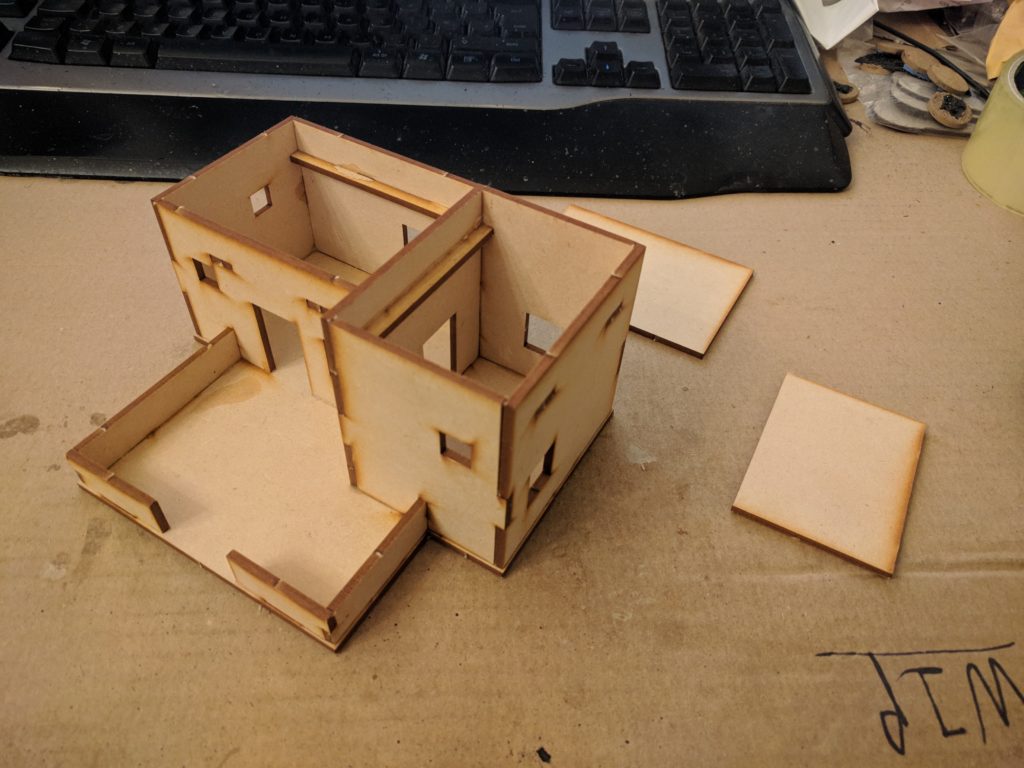 Residence 2 use the same idea but in a slightly different arrangement to give some variation to your town. 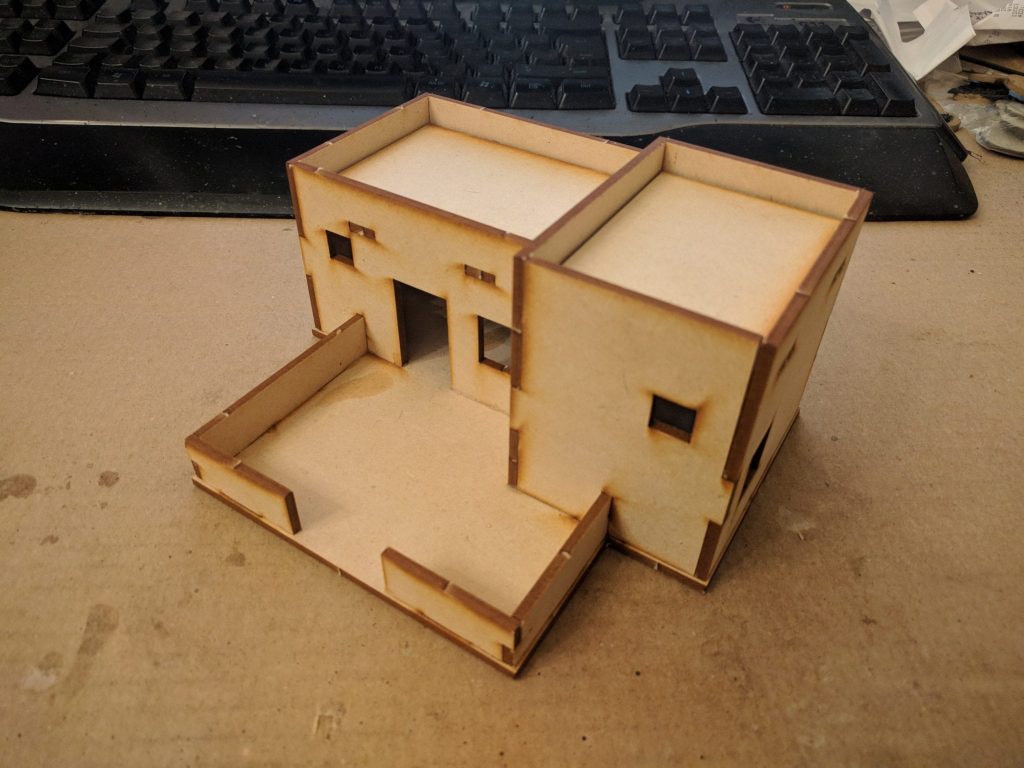 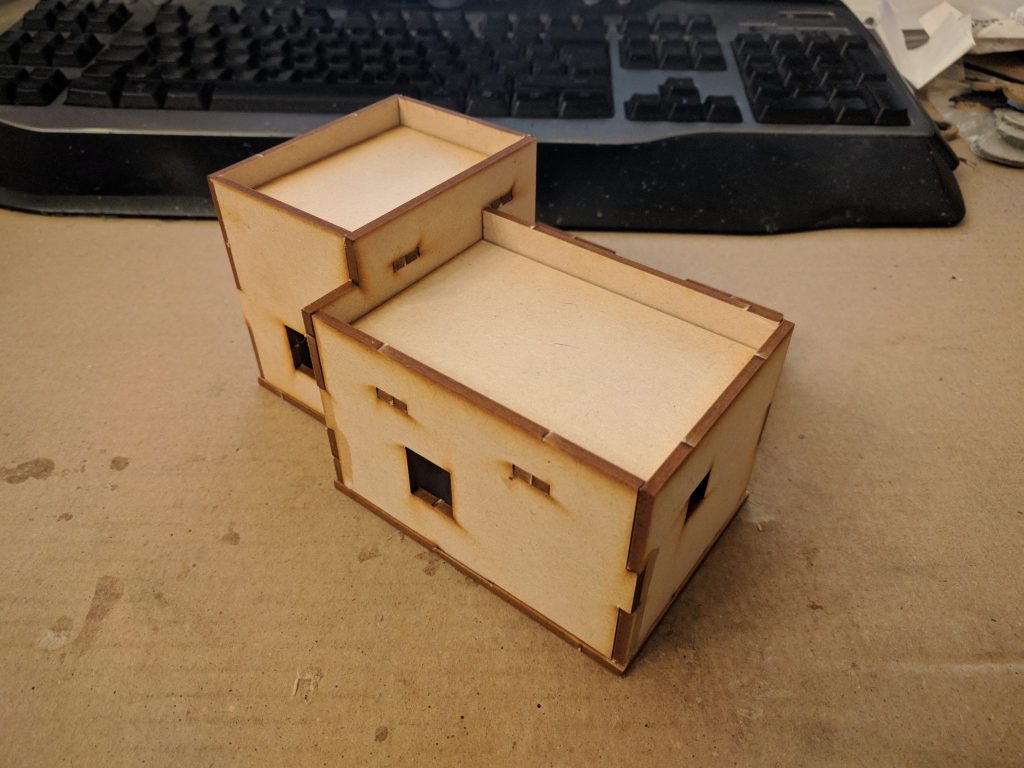 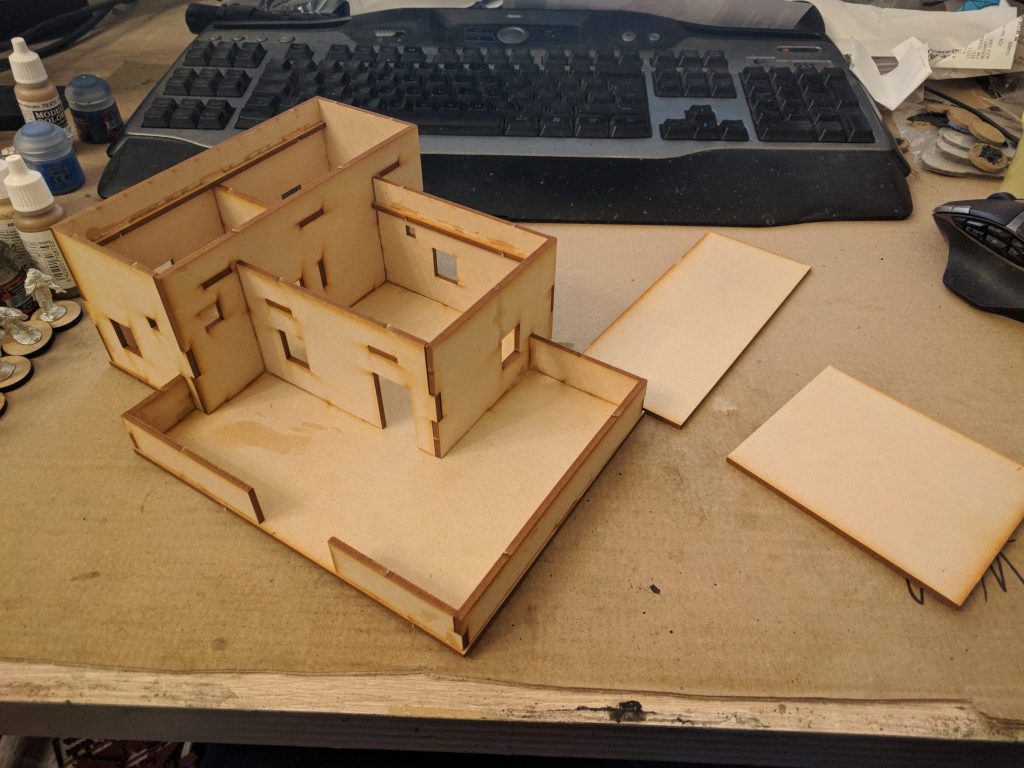 Residence 3 is really cool. It uses the same footprint as Compound 2 but only on one floor. It’s a clever reuse of the same pieces but it works – the slightly larger layout makers the rooms great for scuffle. 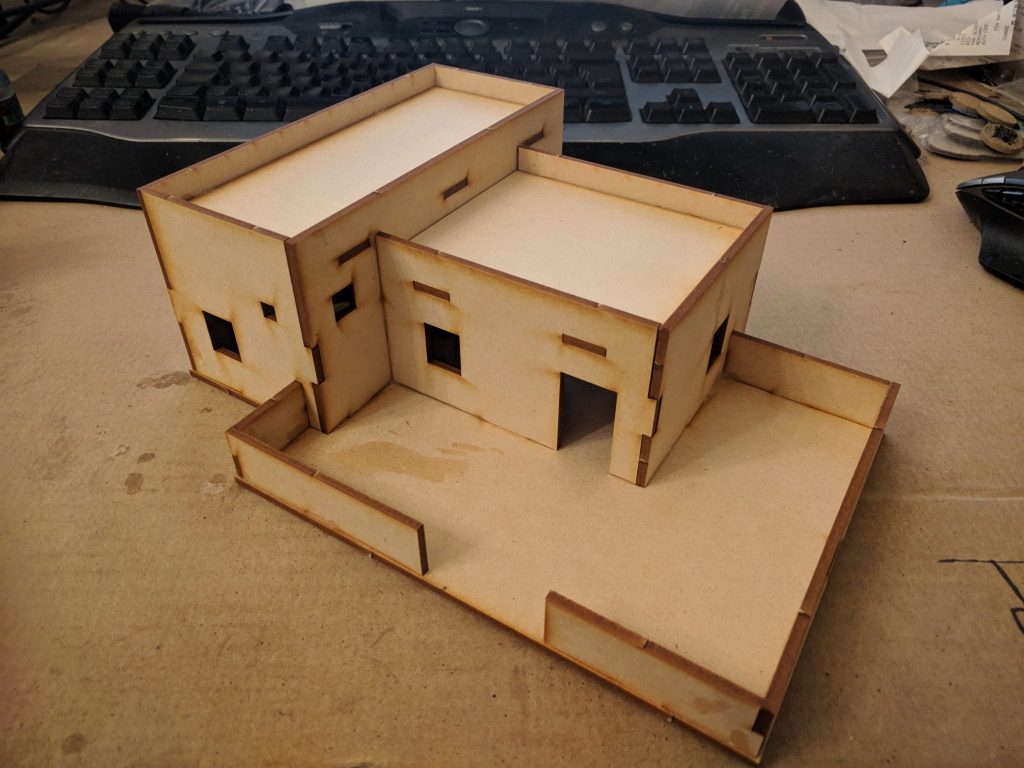 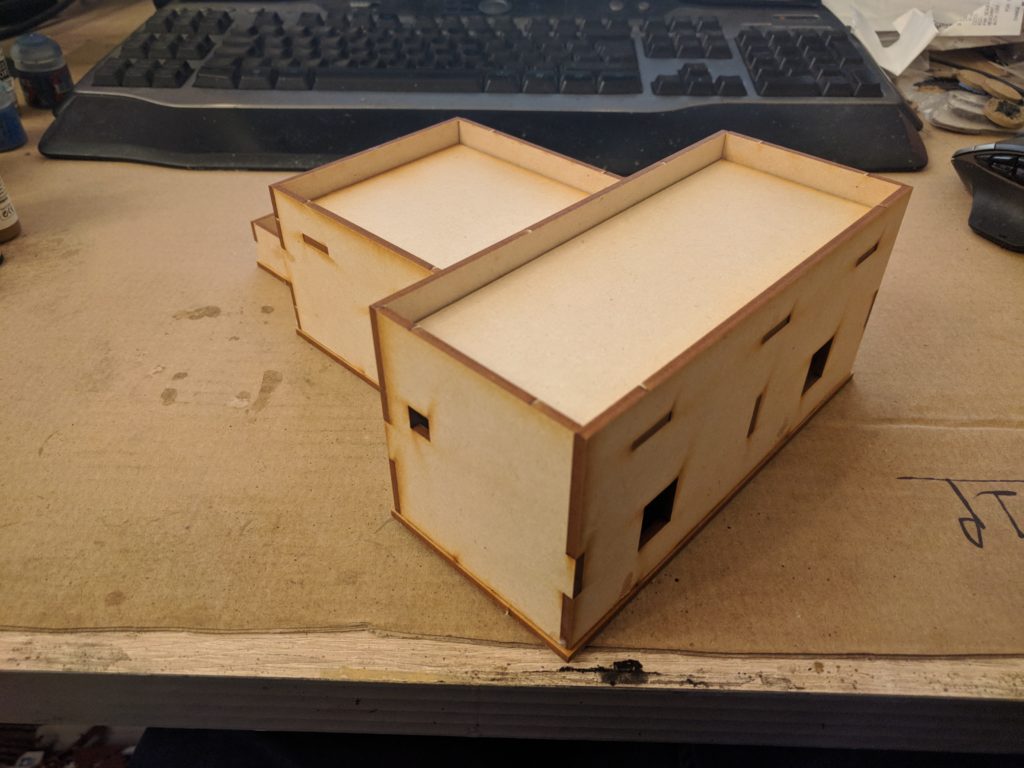 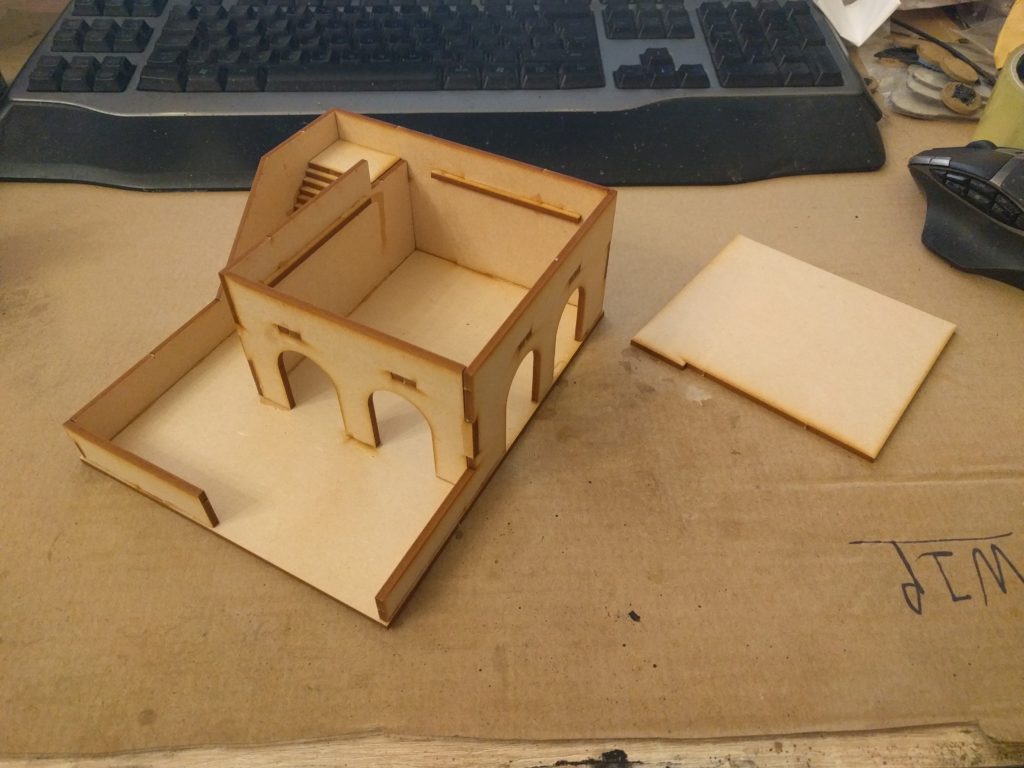 The final building is something different. Labelled as a Storage Building, this would be great filled with ammo boxes and fuel cans. The arches are sadly too small for vehicles so it can’t be used as a garage/workshop without modification but there is still plenty of space to fill with things that might go boom. 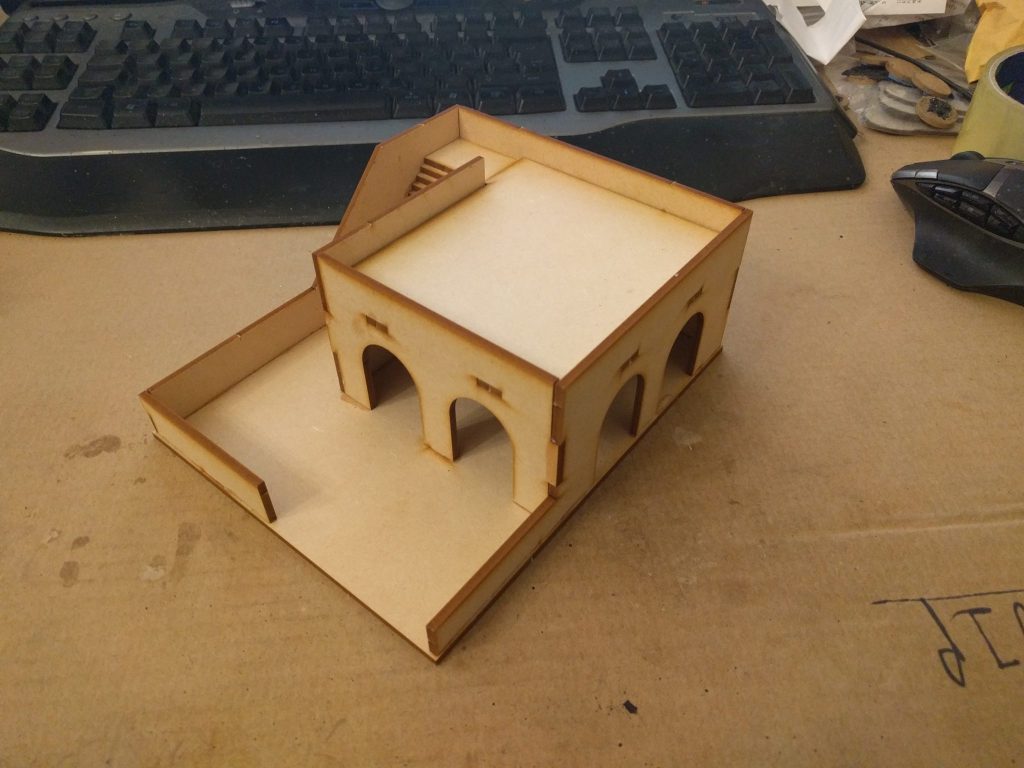 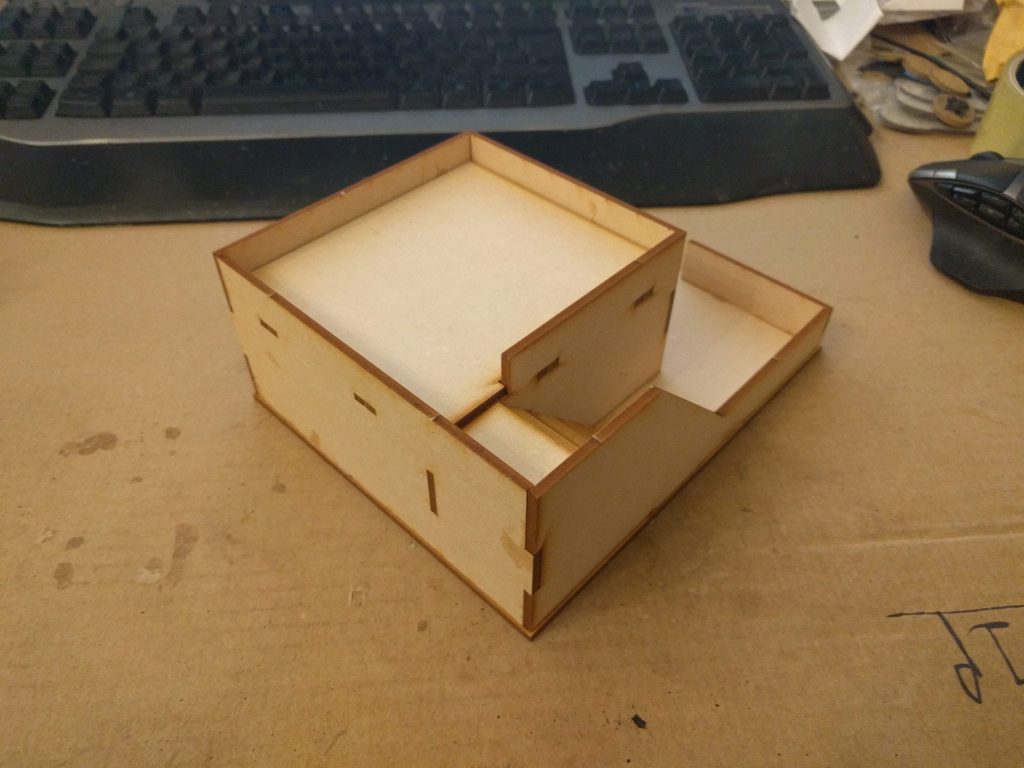 If the compounds were not tempting enough, then this is perfect for scenario use. Fuel, ammo or a weapon cache, the multiple entrances will making this building an interesting position to take. 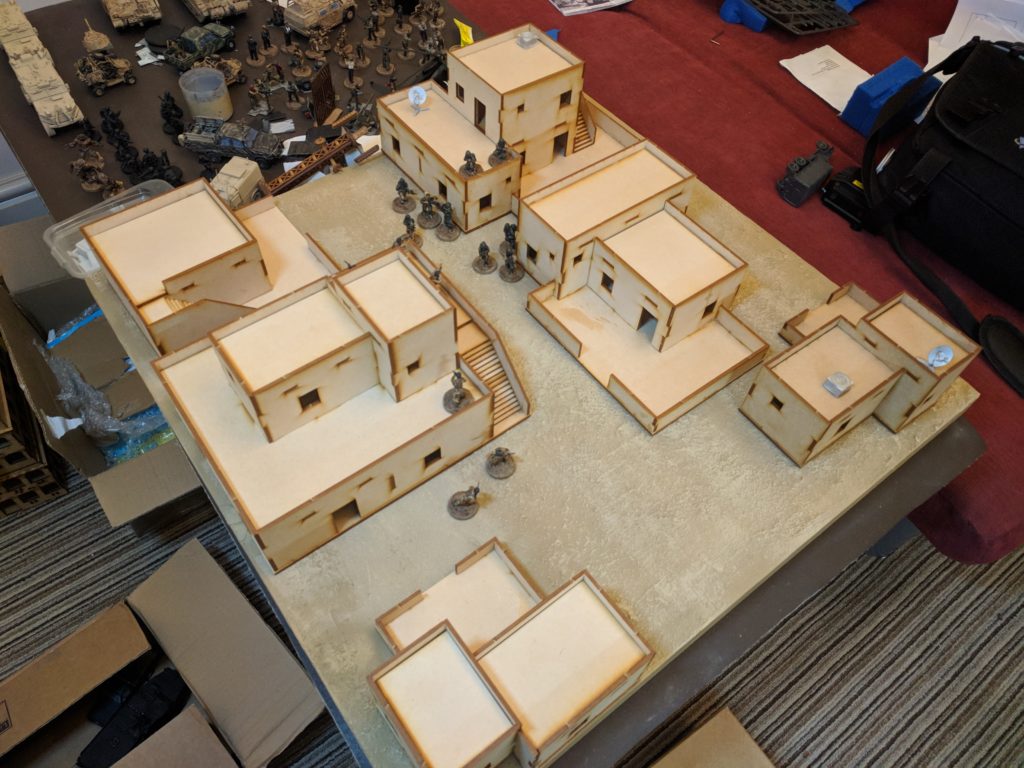 So what do I think of these buildings? The first thing I stress is that these things are shells – If you’re a game developer, these things are grey boxes, geometry designed to give you the mechanically feel for a place but not the actual look. They are the perfect starting point to make them feel how you want them while having much of the heavy lifting (such as rooms or multi-storey buildings) already done. You could but them on the table after a spray of paint but they would look a little plain. This lack of detail also means they are slightly cheaper than many other MDF buildings.The quality level is great and they don’t feel too small, even with based figures, that can be an issue with some other MDF set ups.

Once you put some extra bits on them and painted them up, you can get some really cool looking stuff. Spectre have used them on their demo board at Crisis and in the UK (I got to run a game on them at the Spectre Ops day back in July). In fact, Knights of Dice have released a new range using these Tabula Rasa buildings as a base but with some sci-fi elements ready to make your own den of scum and villany.

As a useful starting point, there are plenty of accessory packs as part of the Tabula Rasa range. These add useful elements like antennas and vents, as well as some walkways and ladders to improve access to the buildings.

If you’re interested in them, where is it best to pick them up? For most people, and if you want the latest stuff, you’ll want to grab them directly from Knights of Dice via their online store. In fact, the website says if you are in the area (Victoria in Australia), feel free to drop in for a visit. Being Australian based, this can lead to some long delivery times and expensive postage. Luckily, Shiny Games in the UK also stocks them (with only a slight delay between release on the KoD site and being in the UK). I have bought a fair amount of stuff from them and they are a fantastic shop. Great pricing, prompt delivery and even have a loyalty scheme ready to knock some money off your orders.

I now have these boxes, it’s time to make them look pretty. This article officially kicks Project Compound, which will take these buildings and make them look ready for battle. The idea is to make them look like an urban area somewhere in Bazistan in the early days of a conflict. Some limited damage but not completely wiped out. As well as the texturing and painting needed, I also want to add some more walls and street furniture. I’m going to update the blog with a new post once I work out which parts are going where. I still have a few Empress bits to use up (both air conditioning units and TV dishes) so I now need to work out which buildings are getting them.

I’m looking forward to getting these buildings done. This should be a great chance to make some buildings ready to sit on my boards as well as theming them to my theatre of operation – I’ll be going all out with posters and advertising.

If you’re wanting to keep an eye on this project, I recommend following the facebook page where I’ll be putting some WIP photos up.