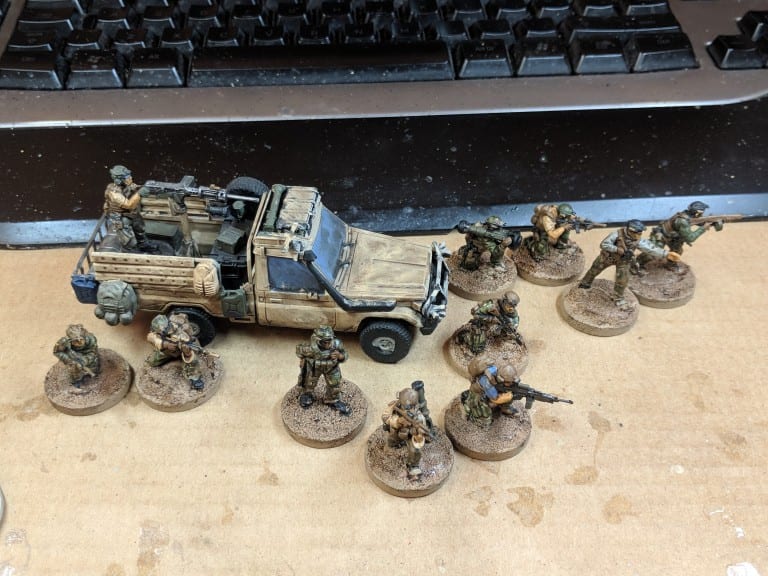 Despite this being a hobby blog, I do keep an eye on what seems to be doing well for me in terms of stats. My Starting Lists for Spectre Operations have done really well but I now want to expand it and provide something a little more useful than just “here am list”. Simple lists are good to begin with but there comes a time when you want to feel less like an accountant moving numbers of points around and more like a military commander, analysing problems and finding solutions with what meager forces your supplies (and wallet) allow.

To get you on your way, welcome to Building a Force! This series will be in multiple parts and cover some hints and tips when it comes to building your forces. In future installments, we’ll look at vehicles, Off Table Assets and getting your rabble together when playing the OPFOR.

This time however, we’re going to look at building a force for more well trained and organised armies (including Special Forces teams). In particular, we’re going to work on how you can pick your force more easily by selecting for the right tools for the job.

“But Charge”, I hear you say “Why not just use the written down Tables of Organisation and Equipment?”

TOE’s are a great tool when understanding history and tactics, writing rules or building a collection. Its much easier to balance a preset force or know how many figures you may need when making a platoon. However, from my understanding, when it comes to day by day operations the times when a unit deploys exactly to TOE is not 100%. Soldiers fall ill and aren’t replaced in time, squads are formed into multiples for specific missions and specialists are attached.

For this reason I suggest treating TOEs as a guideline. Start from them but when writing a scenario or preparing a force for a possible operation there is nothing stopping you from tweaking and adjusting the composition. Obviously this needs to be within reason – a squad made entirely of M249 LMGs and LAWs would be powerful but in reality they would have some ammo consumption issues and be a bit clunky to move round.

Instead I recommend building your team around the objective given to you. Look at the goal, plan out what you think you need and pick from the example teams below. After a few games, I’d even suggest making up your own teams that you find effective. I look forward to seeing what everyone comes up with

Here are a few other bits of advice when picking your force:

The nine teams I’ve developed are below. Each will explain their task, show off the composition and then be accompanied by several notes explaining the idea behind them and how best to use them.

I’m going to use the term Service Rifle when describing the various teams. This can, depending on your forces nationality and skill level, be a carbine, an assault rifle or a battle rifle. There are only minor differences between them (the carbine has less range but gains bonuses in RI 1, the assault rifle is the default and the battle rifle is less effective at suppression but longer range and better lethality) so we shall be treating them as generic in the lists.

For people interested in points values, we’ll be covering that in the final part when we start building forces. 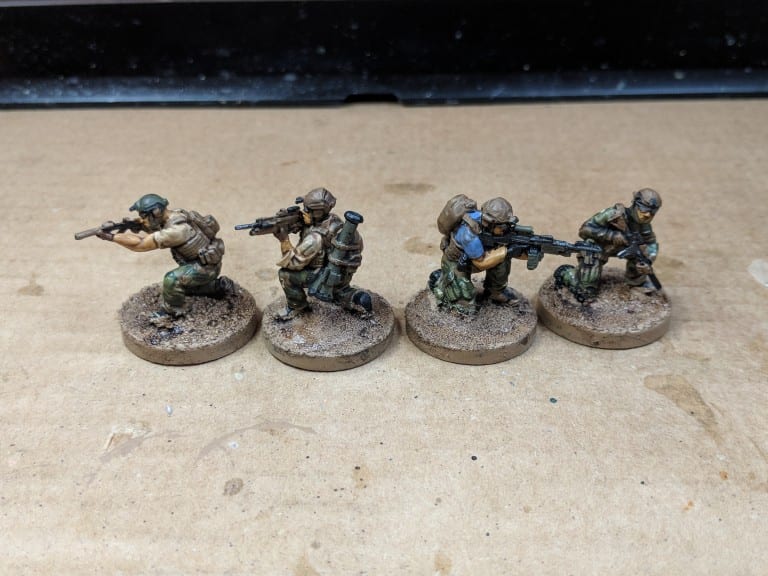 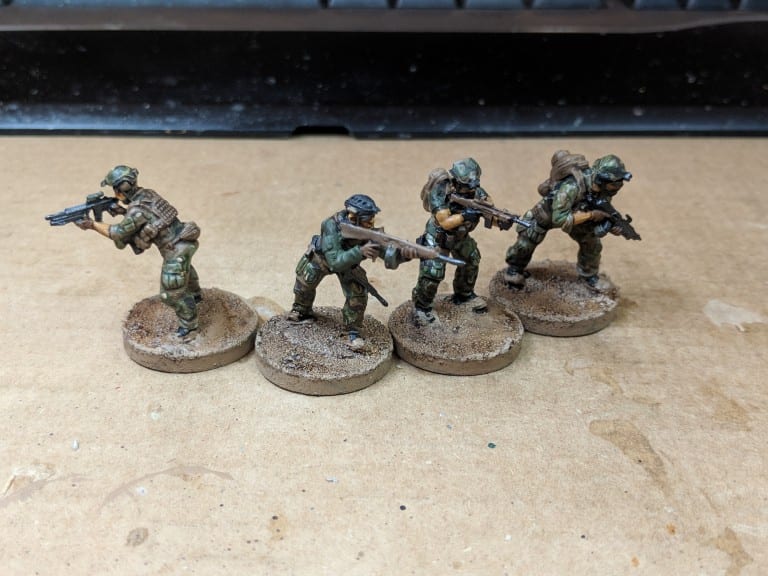 3. Base of Fire Team 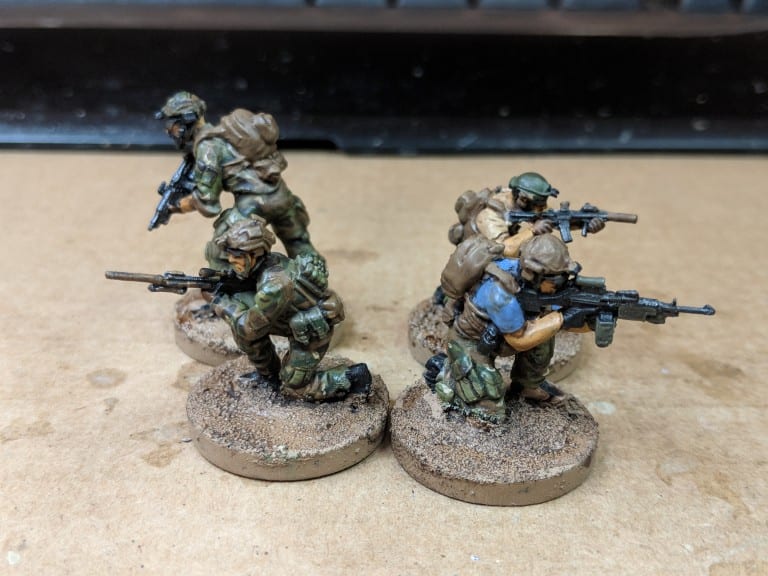 Task: Providing suppressing fire on a position/covering the advance of another team. 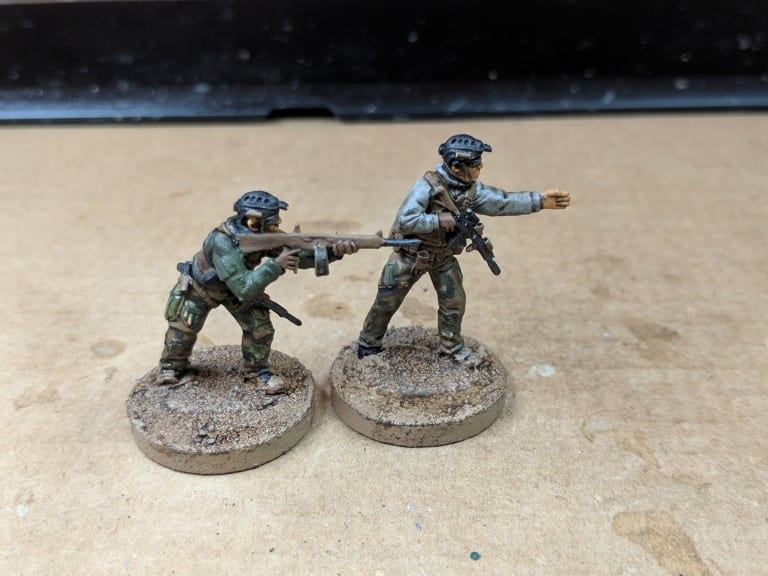 Task: Find and engage the enemy 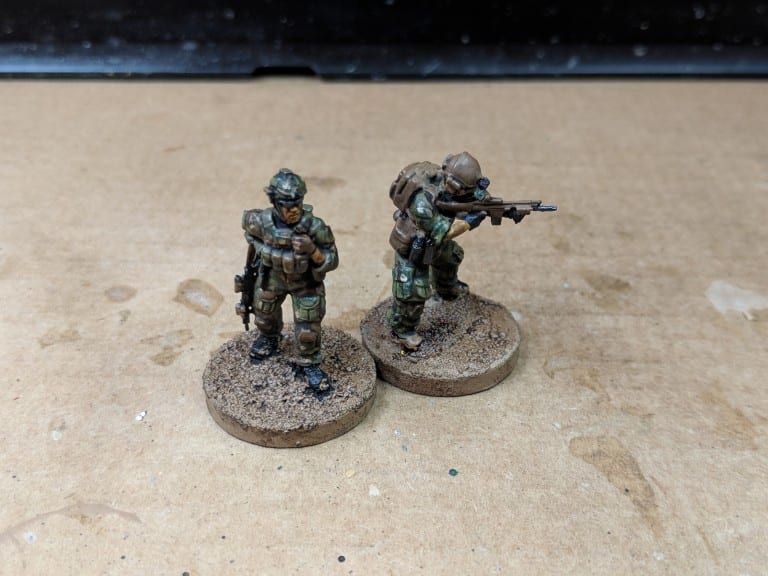 Task: Command and provide support to the other teams 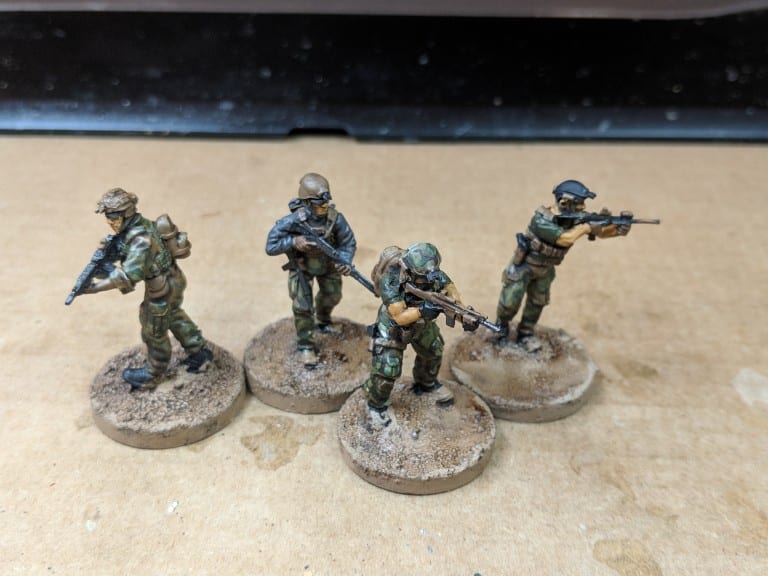 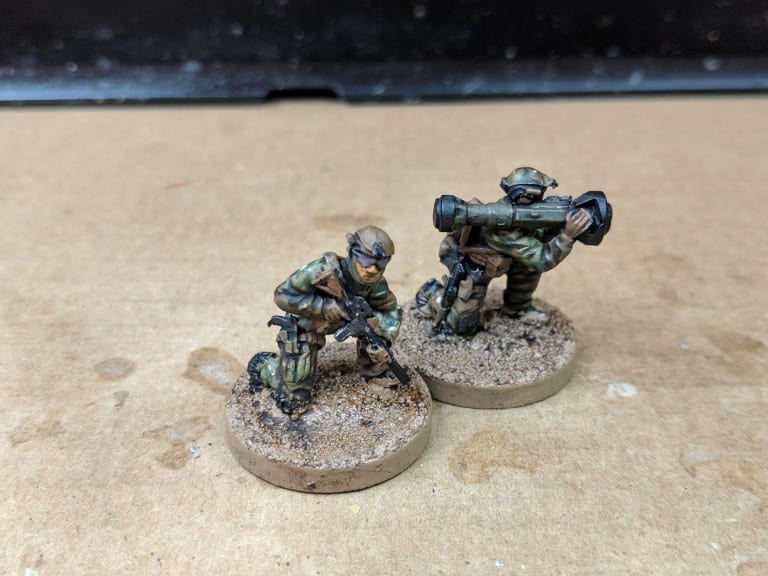 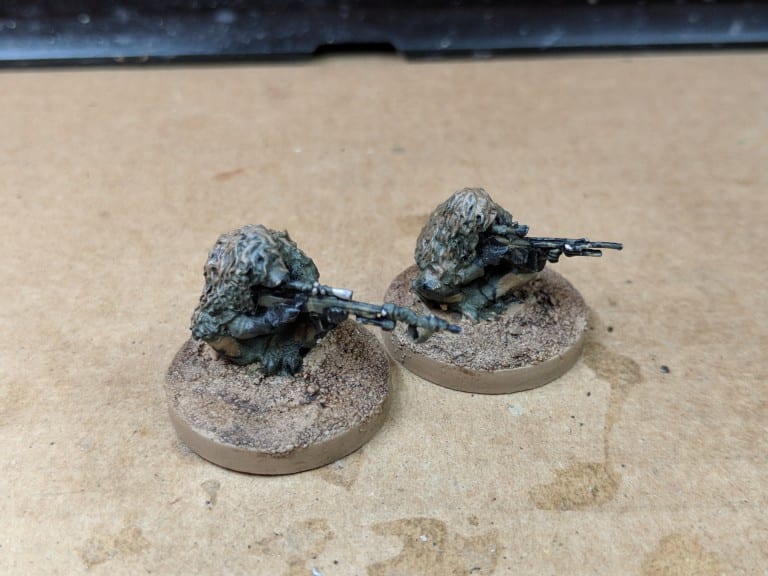 With that we end Part 1 of Building a Force. The next few weeks are already planned out so there will not be any additional parts until the new year. However, once we are back I’ll be hammering through the other sections: