Let’s start, covering the 4th through to the 10th of December. 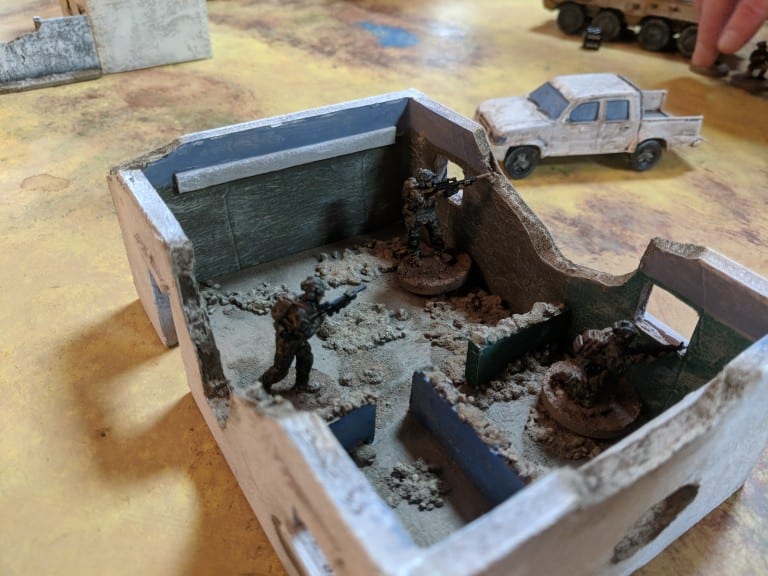 Last week’s post was Thursday night’s game of Spectre Operations. It was a really fun time, definitely on the larger side of the things I would usually run. Someone asked if I play to take the game to shows – the current plan is no, but I am thinking of making these scenarios available. Also I’m not thinking about taking games to shows until next year – I still haven’t finished running the first one!

We’ve almost used up all the slots on it but the survey is still running! For everyone who hasn’t filled it in, you can find it at https://www.surveymonkey.co.uk/r/2FXWLKF. For everyone else who has filled it in, thank you! The comment question has been really great – thanks for all the kind words. 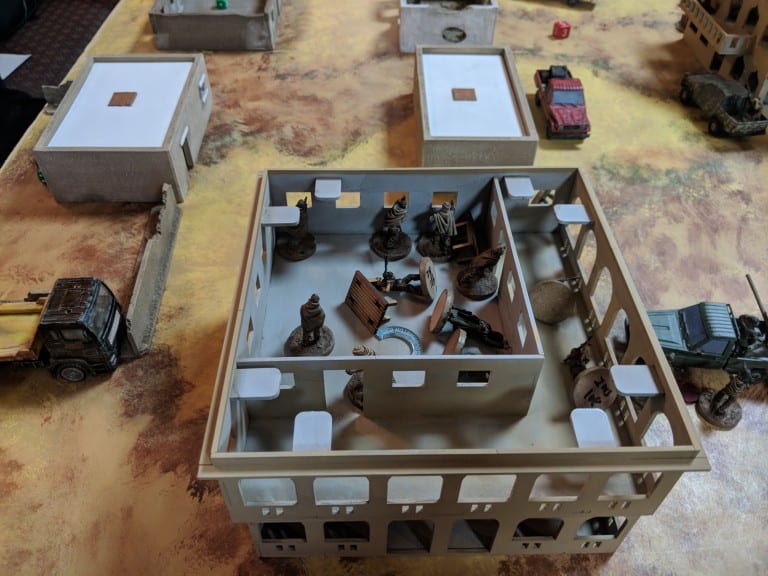 Thursday’s was probably the most fraught in terms of planning, with me still writing the briefing doc less than an hour before actually playing. As well as two club regulars, we also had two new players arrive Overall I think it went well – the staggered arrival of the Bazis meant that the SF players got a chance to be sneaky before it all went to hell and also meant we got to run through some turns before giving the new guys lots of tactical choices.

First up, more hobby materials! So, I haven’t varnished my models for ages after I ruined a batch while spray varnishing. Since then, I’ve just worked off a process of just patching up places where paint has peeled. This obviously isn’t great – coming back after the weekend in Cardiff was just a case of deciding between repair jobs or stripping models down. However, the idea of varnishing also seemed like a nightmare – either ruining brushes and unevenly applying it or the risk of spray varnishing. Then there was the concerns about matt vs satin vs gloss. But through all of it I kept hearing how testors seems to be the go-to for good effects.

Well Great Escape games had some in stock and so I picked up three cans. After the christmas, the aim is to get everything painted touched up, any final tweaks done and then varnished up. 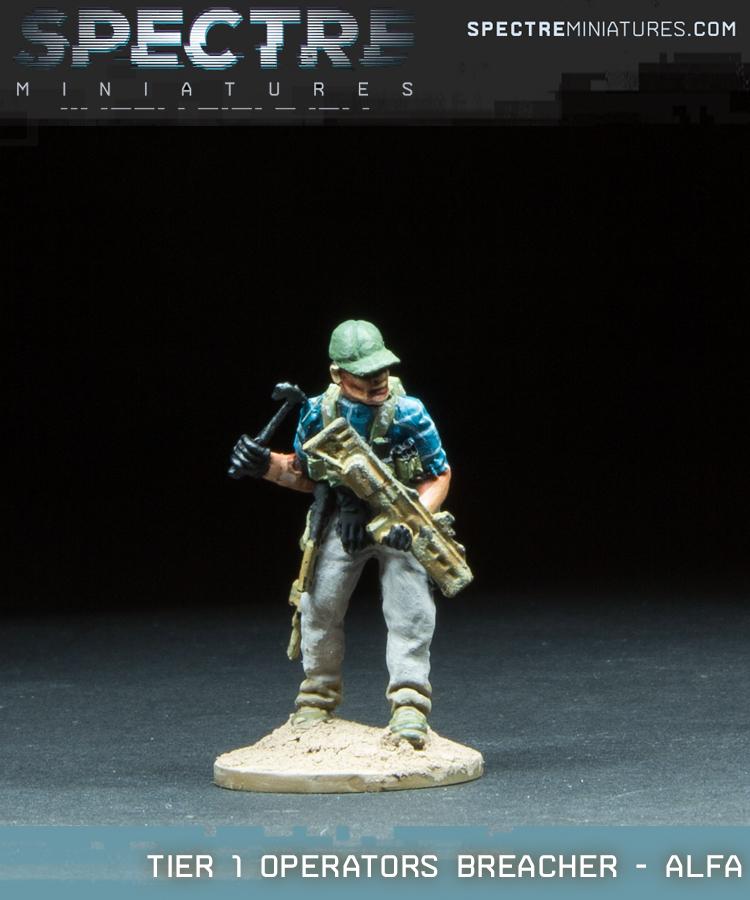 Part 2, Spectre brought out some new releases! The 5 specialists that came out at Crisis are now on the store for general sale. These extend the Nomad, Tier 1 and Task Force Operator ranges by adding some more special weapons. My standout favourite has to be the Tier 1 Breacher I’ve listed above – the combination of tomahawk and SIX12 shotgun is fantastic.

In addition to the new stuff, I’ve also grabbed some more bits to finish off my militia technicals. As well as the ZPU1 and ZPU2 (ready to be painted up alongside the ZPU4 and ZSU-23), I’ve grabbed the rocket pod. I love these things – they are probably the most bodged together weapon systems you can get. The final item is the SPG-9; my plan with this is to use one of the .50cal stands I have spare and mount it at a height to stand out from it’s bigger brother. I look forward to solving the challenge (and documenting it along the way). 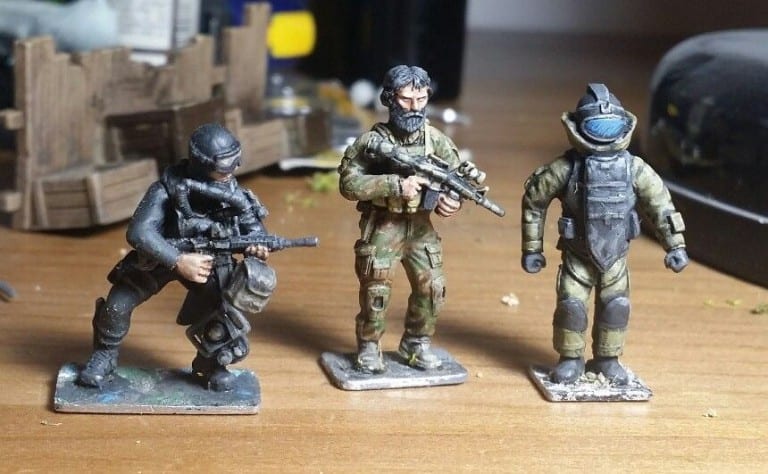 So last part, on Sunday evening I spotted someone on Facebook selling some Empress figures that grabbed my attention. Two of the models above were kickstarter exclusives – a great model of a NZ SAS operator and another combat diver carrying some satchel charges. I’m missing both of these from my collection and so just had to pick them up. As for the figures I’m torn – the paint jobs are really nice but part of me wants all of my figures to match in style (part of the reason why I haven’t start commissioning people to do my backlog of figures).

It’s a week where I ran a game so obviously it’s time for lots of new painting. 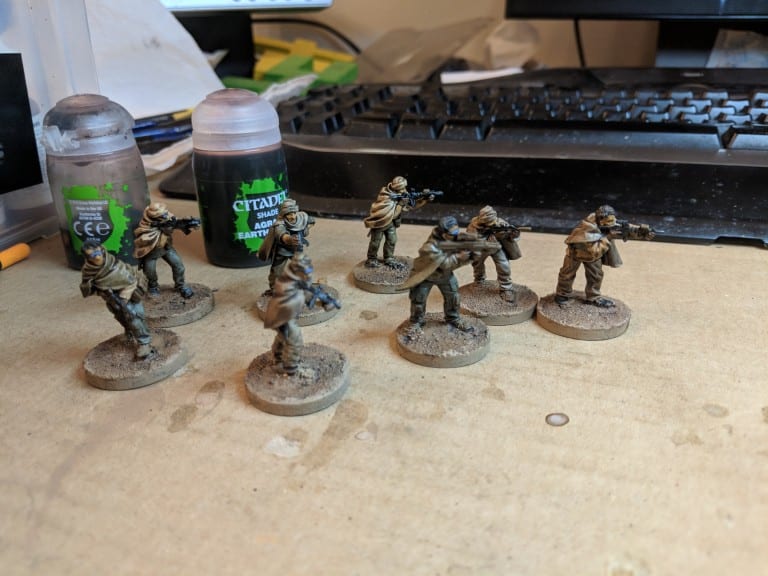 First up, I painted up the Nomad team! Once the new marksman turns up, I’m going to do a full impressions piece on them. But as a short preview, I really like them! Mainly lots of tan when painting and great fun to use ingame. 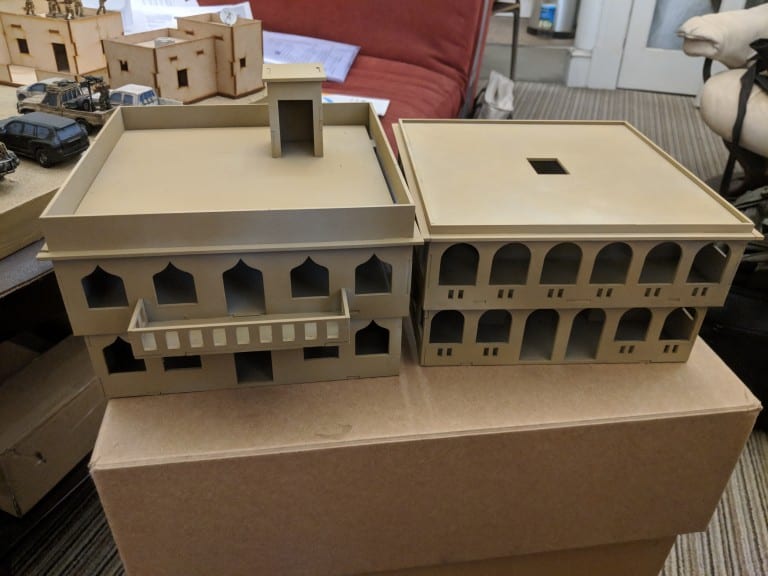 Second stage was painting up some buildings. Theses are two more from REDVector, and were ideal to stand out amongst the one storey Adobe buildings that were going to fill out the rest of the board. Painting method was black undercoat, Tan first layer, white lightly sprayed over the top and then a respray of tan for the final colour. The right building also got hit by some Humbrol Desert Tan and some watered down wash. I’m okay with the final result but I really should have added some texture on the outside, especially to cover up the gaps in the MDF. 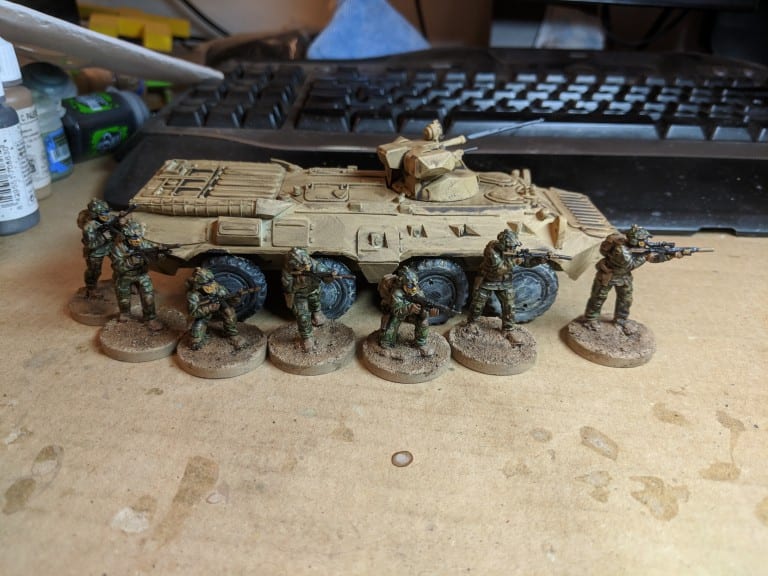 The final step in painting was the SAS (full details coming in this week’s post) and an Empress BTR80A to drive the Bazistan Army around. It’s been sat on my “to be painted” list for a while, just needing the details done. As always, Empress have done a really nice job on the kit and I’m already eyeing up the BTR80 to back it up. 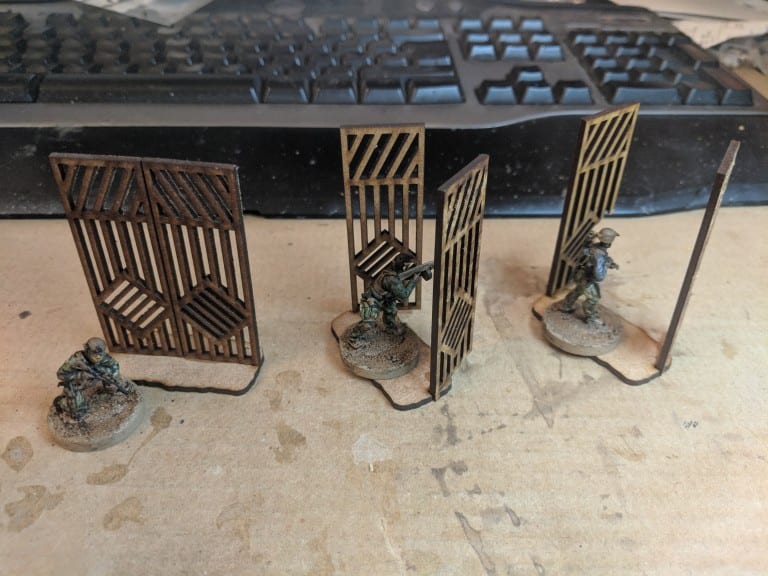 I picked up the closed gate back in August. I love it but I always knew I’m going to need to pick up some more to stand in as replacement parts after they are played with. As well as a base order, I also picked up two additional gates from Supreme Littleness Design. As for the new states, I decided on open and breached (although crushed by vehicle was a close runner up). Open was a simple case of shaving down the edges on the tabs so they would fit securely in the slots at a different angle. With Breached, I decided to make it very obviously what had happened. Going slightly over the top, I trimmed a big piece out of the center of each side and roughed up the edges. It’s a lot bigger than you’d expect but once painted it should be very obvious

No pictures for this, but I’ve started prepping the African forces and insurgents to be painted back up. Friday night was spent with a tub full of Iso and ended with me staining my fingers with the paint/iso mix. They are now all based so the next step is adding the sand and then base coating. Still deciding on painting plans for them – from watching The Brave, very inspired to paint up the SAS Jungle Guys in a slightly browner multicam and cam-creamed faces so they are ready for trekking across the savannah of Zaiweibo.