Let’s start, covering the 11th through to the 17th of December. 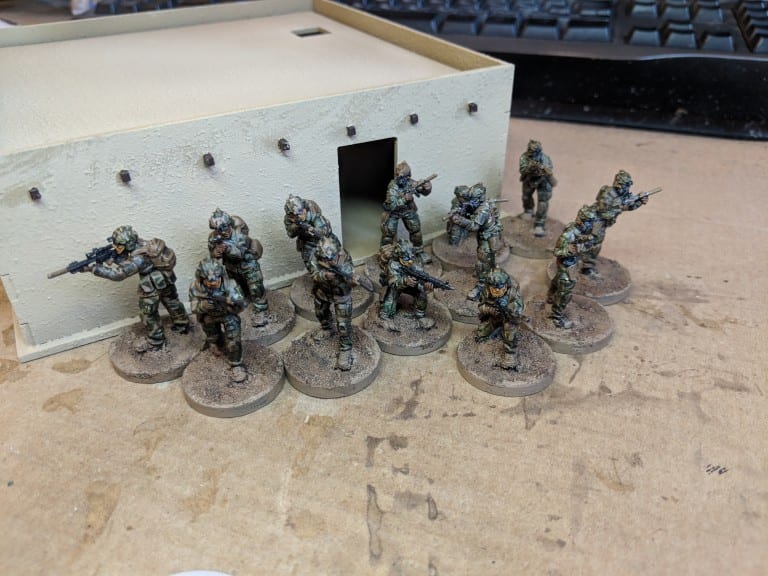 This week’s post was on last month’s SAS releases from Spectre! I may have not managed to finish off all the releases (thanks to an unplanned team night out for christmas that left me incapable of painting multicam for an evening) but the ones I had done I was pretty happy.

This is actually the last Wargaming Week for 2017! I’ve got a bit of small update on Friday at 6pm to cover what the plans are over Christmas and into the New Year but as for the rest of the week you can look forward to:

As we’re coming to the end of the year, I’ve noticed I’m 1 off hitting 250 likes on the Facebook page. If anyone hasn’t followed the page, you can find it at https://www.facebook.com/chargeblog

No games this week – too much work/beer tasting

Currently no purchases – however there is an interesting Ebay auction finishing tonight that (fingers crossed) will mean I can add something new to the Technicals project. 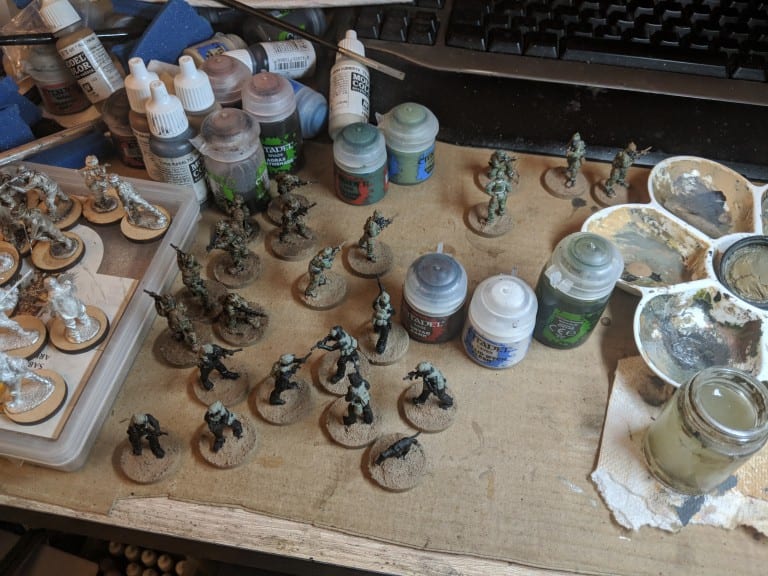 As you might have guessed, lots of painting SAS. I ended up tweaking my Rural Ops guys I had finished the previous week in order to make it looked a little more brown rather than green. With the Assault I had decided to opt for the Multicam look for theming purposes. However, I tried adding the under layer colour you see on body armour shirt by adding a small amount of Deck tan around the carrier. I think it look pretty good and will be using it on my other models.

I also did some work on the SAS Response team but you’ll see them in Wednesday’s post. 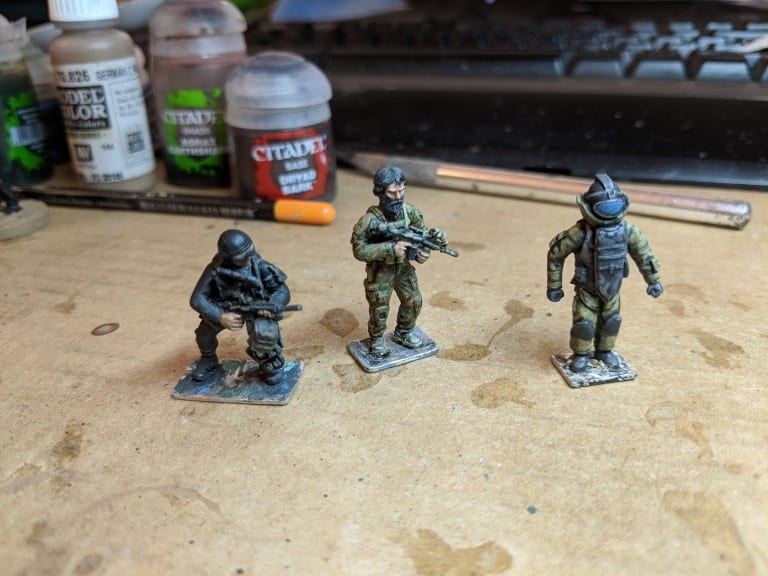 I also received my Spectre order and the ebay’d figures. The Spectre guys are in the queue to be based and undercoated (planning to work on them over the Christmas break). I’ll be assembling the weapons systems around the same time as I need to cut some more plasticard bases for them, but I’ll be covering that in an upcoming part of the Technicals project.

As you can see above, the ebay’d figures are lovely. Great models (as always from Empress) and a great paint job. However, after some thought, I decided to strip and repaint them. I like my force to look consistent and I have a bit of pride in being able to say I painted every figure. This is also a chance to repaint the rest of the dive team – they were some of the first I painted and although I was happy with it at the time, it’s not as neat as it could be.