Let’s start, covering the 8th through to the 14th of January.

This week on the blog, we took a look at a brand new ruleset Round of Fire. I was really excited to try it out and from the few games I got in over Christmas it’s definitely something I want to play more of. Hopefully I should get a few games in.

To everyone who just started reading based off being linked to my Round of Fire Impressions, welcome! I hope you enjoy all the content that’s going up over the next few weeks. We’ve got a nice mix of articles planned, from figures impressions to tactics articles to battle reports. 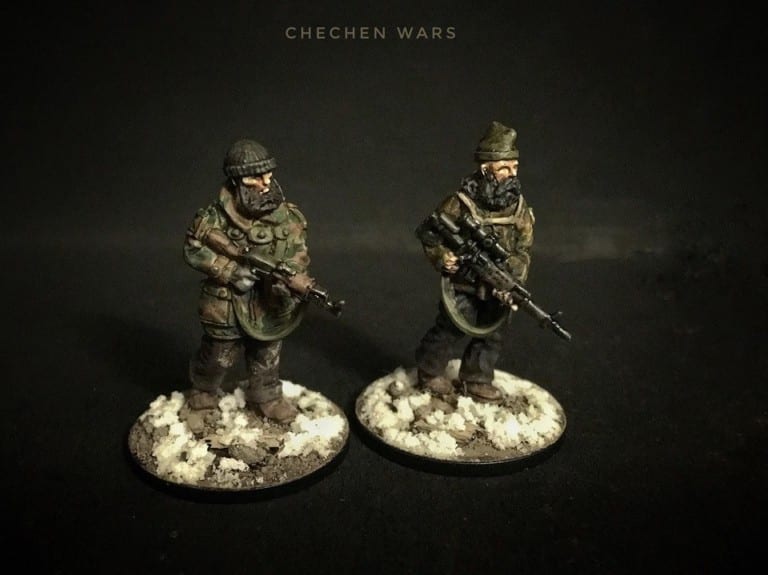 Not a huge amount of news this week, but I’d recommend going over to Tiny Terrain’s Facebook page to look at some of the new models from their “War in Chechnya” campaign. Beautifully painted up by Andy Zeck, these figures look awesome. I’m struggling to work out where I can fit them in the Bazistan/Zaiweibo theatres but I’m looking forward to grabbing them once they are available.

Nothing yet – however, there is a Spectre game on the books for the 25th so look forward to an upcoming battle report on the 26th! 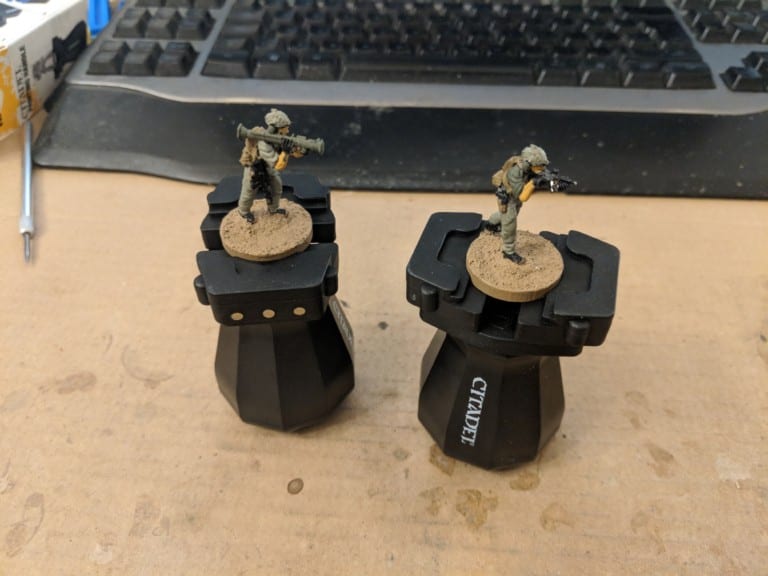 As it was my birthday on the monday, and it’s a dumb item I’ve been looking at for a while, I decided to spend some money on the Citadel Painting handles. Before I go further, I am sure you could get something similar for cheaper but work being 5 minutes from the nearest Warhammer shop was just too tempting. I think I’m going to do a bit more of a write-up on them after they get a bit more use but I’m currently a fan. I’m not probably going to use them for bigger batch painting jobs but for doing small numbers (where you don’t have to keep swapping out the models) they are invaluable. 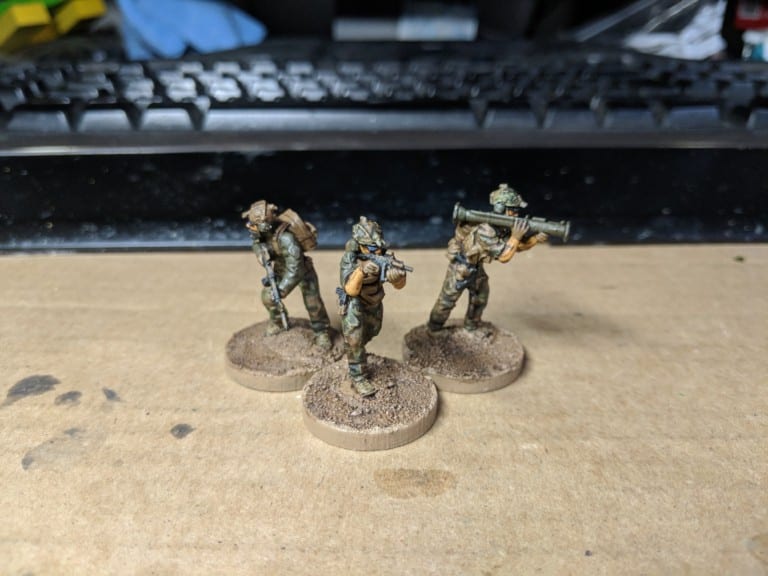 I was busy writing the Round of Fire Impressions this week but I did manage to get some painting in. The first set of the week (and in fact the year) was finishing off the models for the December releases impressions planned for Friday. These three were more Task Force Operators so apart from some of the new gear it was a return to the usual methods of painting this lot – block out the main colours, do most of the detailing and then paint on the multicam scheme. 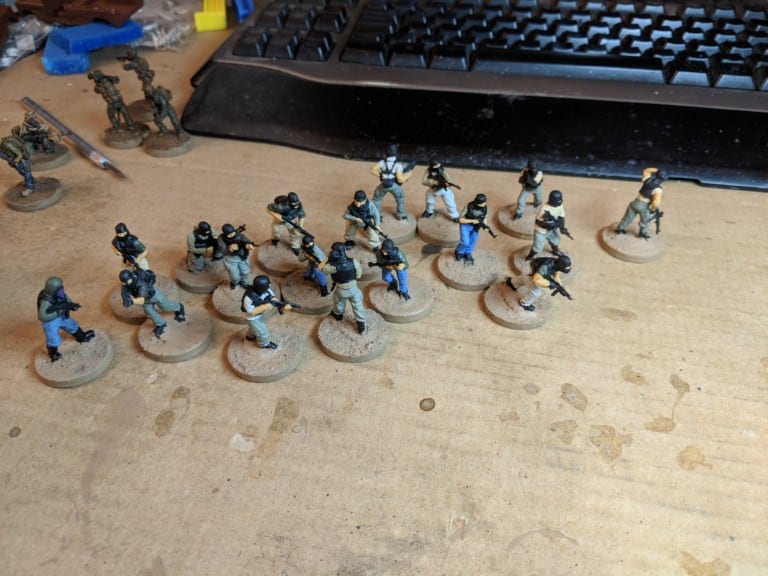 The next main thing I’ve been working on was repainting the Spectre insurgents. The original set was done very early on in my return to the hobby and so had a limited colour pallet of OD and tan. This was starting to look a bit tired, especially next to the militia, and so I decided that enough was enough and they were dumped into the iso. As these guys are used pretty frequently amongst my OPFOR choices, the turn around has to be pretty quickly. This is especially the case as many of the insurgents are to be used as part of the demo game and a new paint scheme means new cards are needing to be printed. I’ve only done the basic colours so far, but the plan is to paint the insurgents in a mix of camo and plain colours to make them look a little more military than their militia buddies.