Let’s start, covering the 15th through to the 21st of January. 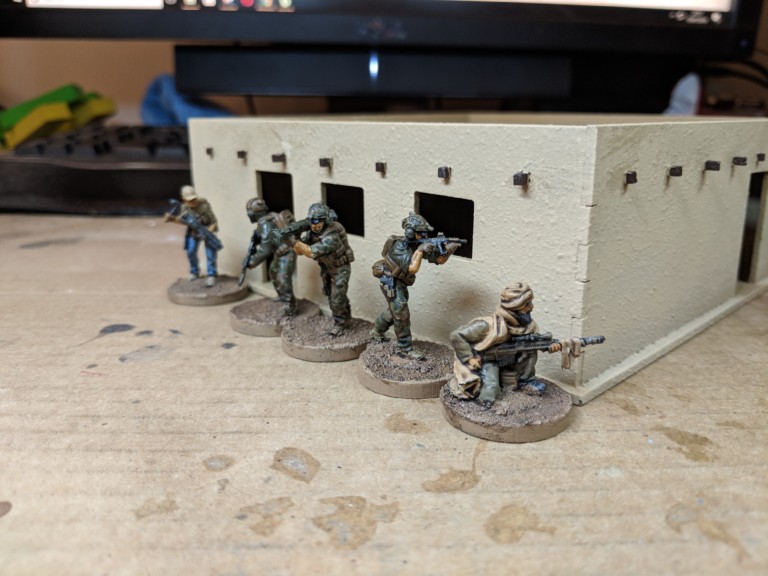 Last week’s post was looking at December’s release from Spectre. I really like this little set of releases – its exciting to see some new weapons for the older ranges, giving them more options on the battlefield. It will be cool to see just how much gear the Task Force Operators end up getting, especially as you’ll not be using a huge number of them.

Last week was a little too quiet for news updates in the field of 28mm Modern. I’m thinking many of the big companies are getting ready for Vapnartak in early February.

No gaming last week, too busy finishing off a few personal things.

However, slightly related to gaming is a new project I’ve started work on. I’m not quite ready to give out many details on it just yet, but the plan is to make something a little different that can be used to generate scenarios for any ultramodern game. 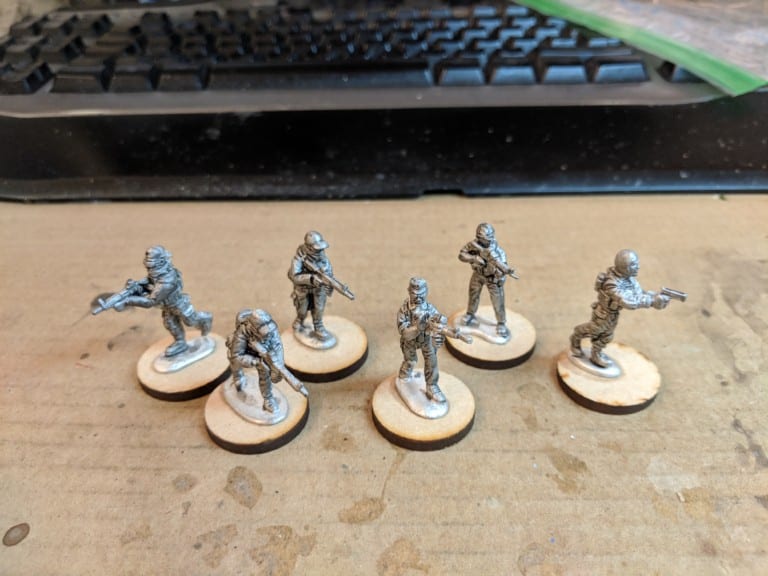 The first part of “Look at all the companies” has arrived. A small order from SASM in the states arrived on my desk after about a week in transit which was pretty good. Inside was a pack of 3D printed plastic water bottles (which I’ll cover when I do an update on project technical) and the Operator Juarez pack. There will be more details in a week or two when I do the proper impressions but early impressions are mixed.

But that wasn’t the only model related thing this week. I’ve also put two orders in to some countries across the sea. There are currently packages heading my way from Warhansa in Russia and Eureka in Australia. More details when they arrive. 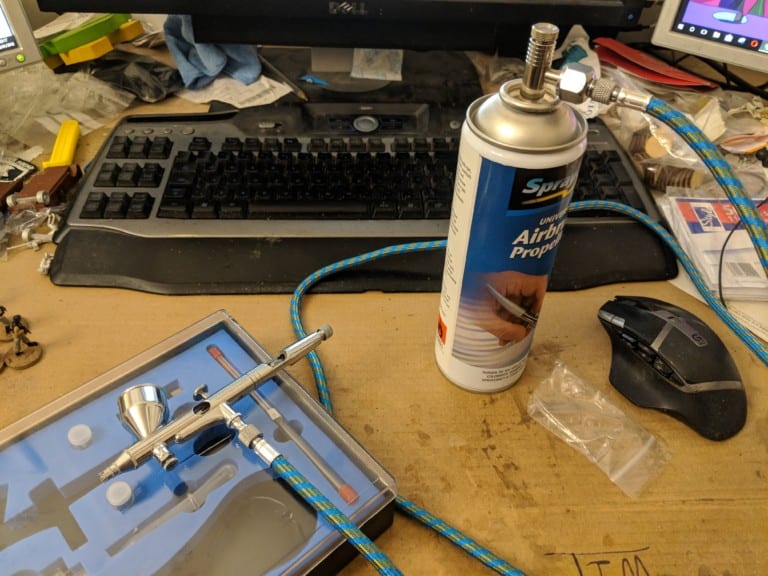 The final thing that arrived is a can adaptor for my airbrush. I still have a few propellant cans left over and, rather than simply putting them to one side, my plan is to use them up before getting a compressor. Unfortunately, the different hose size from my old adapter meant I had to get a new adaptor sent out. However, now I’m ready for airbrushing time!

Not a huge amount of hobby time this week sadly – did a few more block colours on the insurgents and got the SASM figures ready for painting. Too busy!