Let’s start this Wargaming Week, covering the 5th through to the 11th of February. 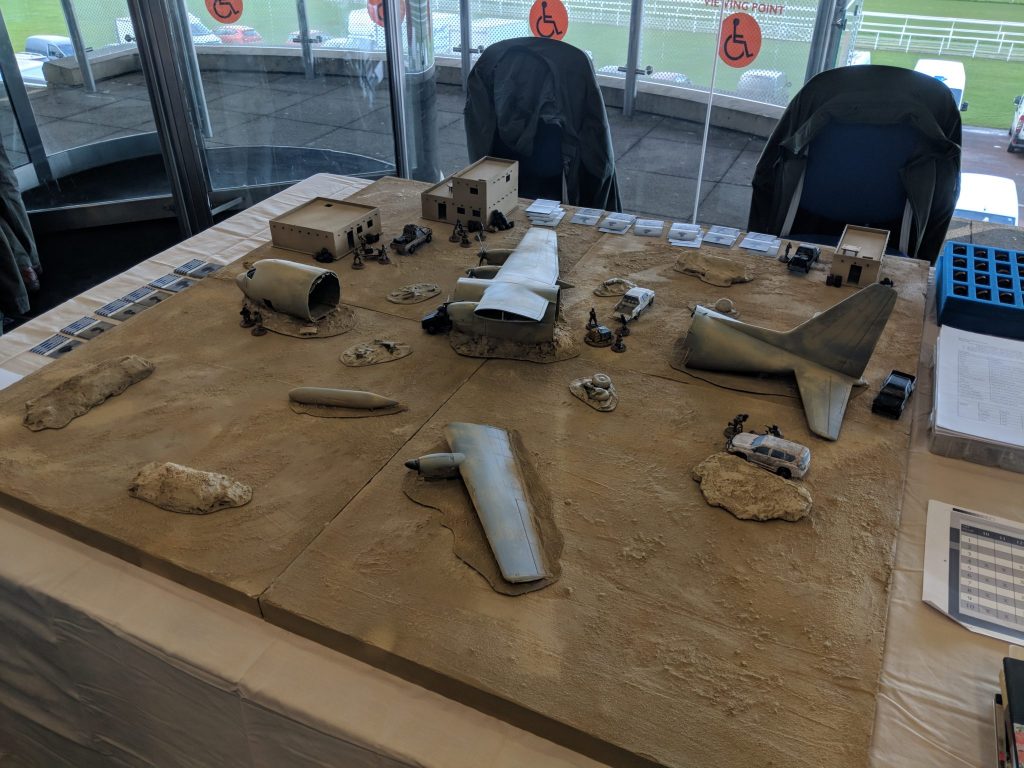 This week saw two articles – one covering Operation Dragon’s Hoard at Vapnartak and the other taking a look at one of SASM’s range of figures. Overall a pretty busy week!

The other blog thing is that thanks to some work stuff, this year is going to be a lot busier than I originally thought. So you might start seeing some smaller posts looking at older figures as I try to spread out my coverage and keep the posts coming despite being busy with work.

Only one piece of news this week. White Dragon Games announced last year they were making a range of Ultramodern Brits called Courage In Contact. Interestingly these guys are going to be made from resin rather than metal. At the Robin show yesterday, the stall not only had some painted examples but also had a Foxhound complete with gunners. I’ll be keeping a close eye on these guys – in fact so close that we’re both in the Gamer’s Lounge at Hammerhead. You can see more at https://www.facebook.com/WhiteDragonMiniatures/

None, too busy this week to get my gaming fix in

I’ve put in an order to Wartime to take a look at their MARSOC range. Its coming from Australia so it will be a while before I have it on the painting table but it should expand out the people who I’ve covered. 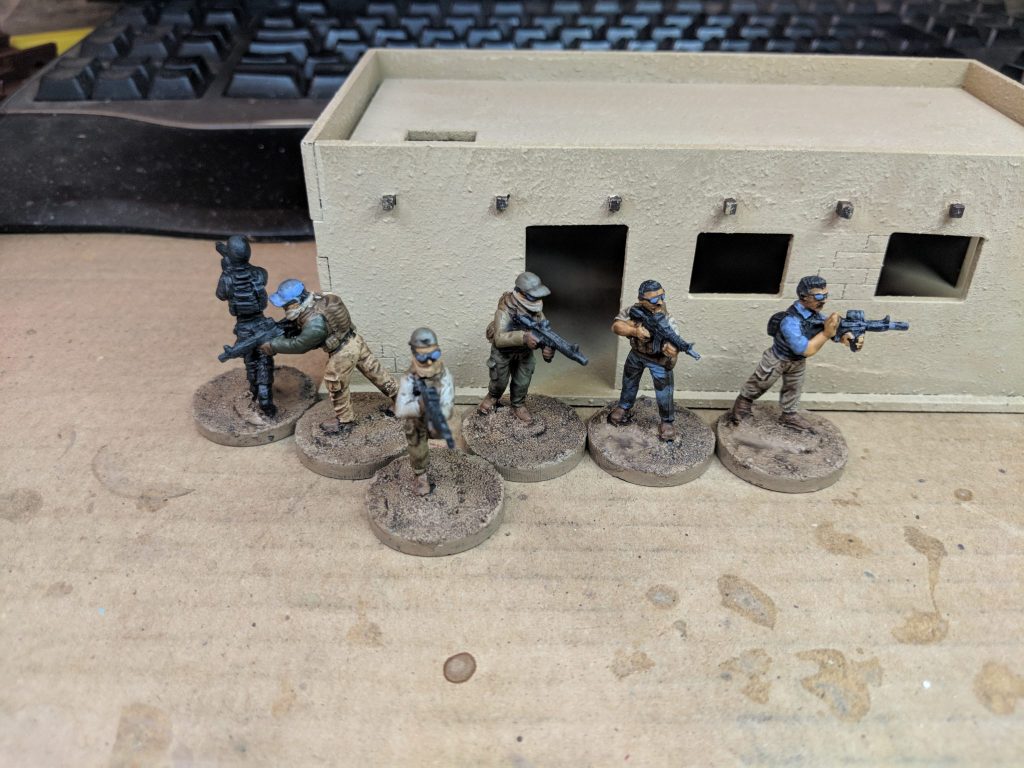 Despite a lack of games, I did manage to get some painting done. First up was the SASM figures ready for the impressions. Theses guys were pretty fun to paint and also simple thanks to the civilian clothing. Although the guy dressed entirely in black was possibly the easiest one – paint flesh, drybrush the black with a grey and then wash it. Gives a nice black with minimum fuss.

After a busy week at work, I sat down Friday evening to start working on the pile of things that will be coming up in future impressions. The first to fall under the super glue was the first of the Radio Dishdash technicals. These were interesting to build and seeing as I have two more to go, there will be lots of opinions on them. 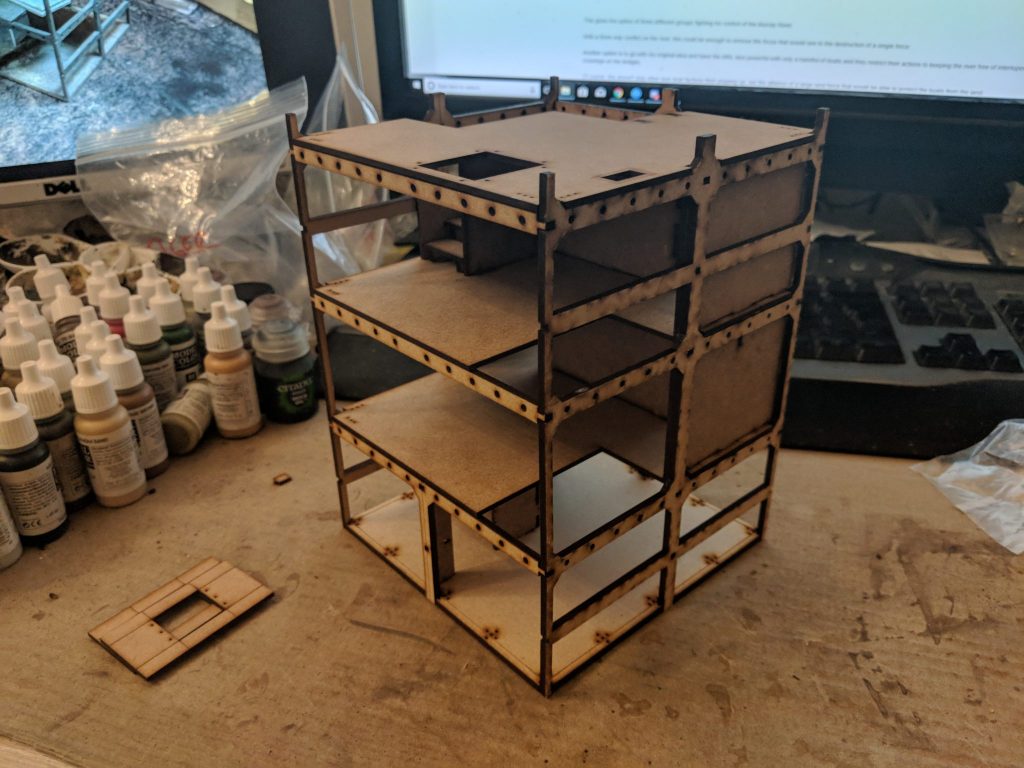 The next part of the hobby binge was building up one of Supreme Littleness Design’s new buildings which I picked up from the club on Thursday. I did a step by step of the build process and will be writing something once I’ve painted and assembled all three of them ready for Hammerhead. With this thing actually in my hands, I’m really excited to get some games in on them – the interiors will be great for some CQB action. 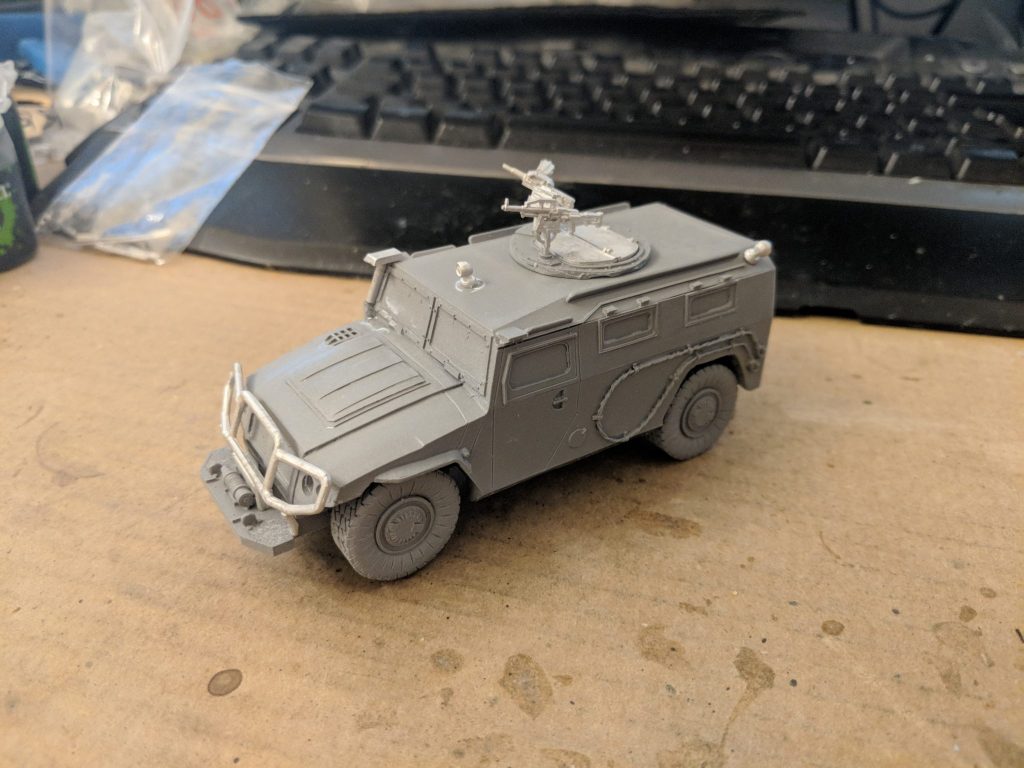 After checking the vehicles on my desk, the next was Empress’s Tigr. I picked this up at Vapnatrak (alongside the M-ATV) and it was a pretty simple build, especially if you skip the aerials and just make a standard one. More details in an upcoming impressions (possibly this week!) 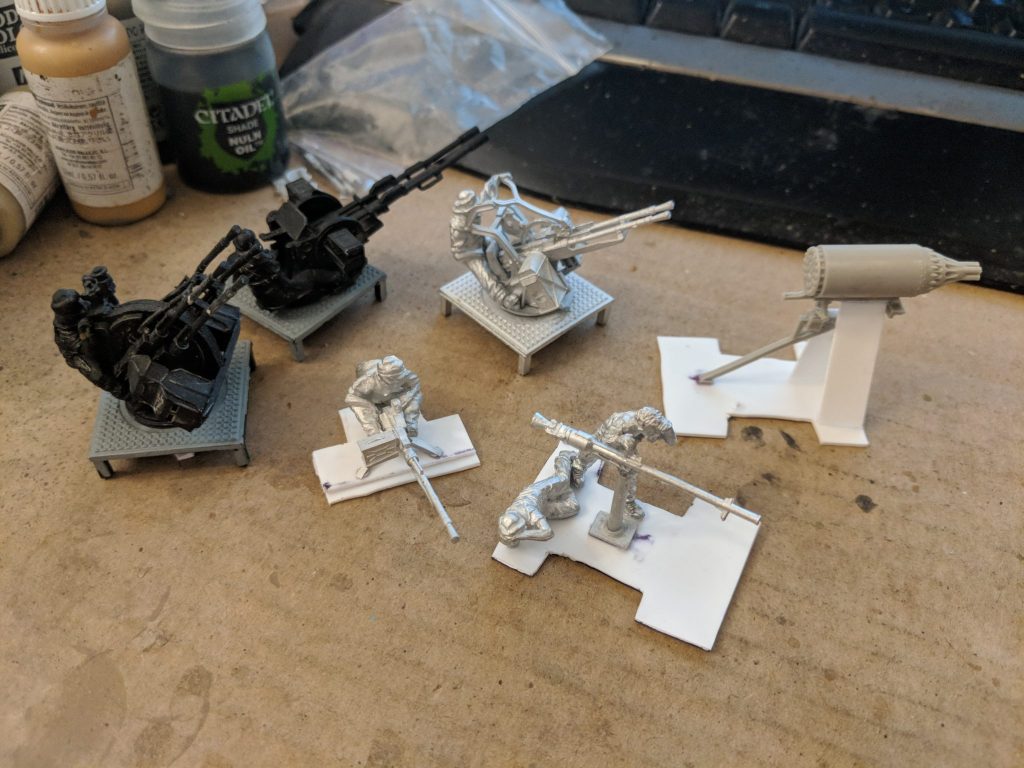 Finally, I finished off assembling the last of the Technical weapons from Spectre. The half painted ones have actually been sat on my desk since the first release so are just a little bit overdue. The other were picked up later. Each provided some interesting things to look at (especially to make modular) so I’m really looking forward to the writeup on these.