Time for a little extra post to push you on through the week! As I’m looking at finishing off a few modern US military vehicles, I decided to pick up a pack of Empress US Stowage 1 to make them look a bit more used and in action rather than factory fresh. 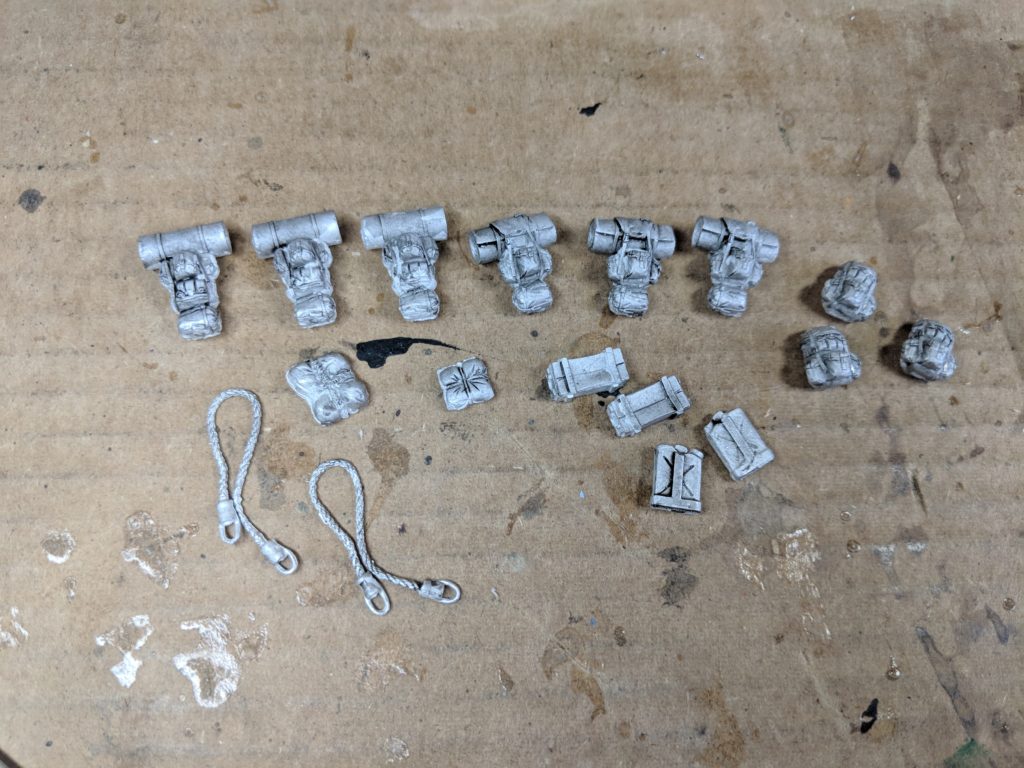 Inside the bag you will find:

Thanks to the style of the items, this pack could be used on almost any modern US armed forces vehicle. It also works for a large time period from the late 1980’s up until the modern-day. There is a really nice level of detail on them and should look great added to any vehicle. The packs are especially good, easily added to many of the Empress figures (such as the US Infantry) if you want to change to the look of them. The tow cables are also pretty handy. That said, some of these items are already moulded on some of the vehicles so I recommend having the vehicle in front of you before planning what you intend to add to it.

Overall it’s a handy pack to get the main Army look (as opposed to the better equipped SF teams that the Spectre pack feels better suited for). If you want this Empress stowage pack, you can find it on the Vehicles page on the Empress site.

The real question is, what do I have planned for them? Well, they will be going on the stowage racks on both of my Strykers – this will mainly be the rucksacks, stowed on the outside for the crew inside. The M-ATV is also going to be packed full of stowage thanks to it’s large cargo bay. In the future, I may pickup another stowage pack for other US military vehicles such as a second M-ATV, M113 or some Humvees. Finally, I’m to use some of the packs to add some extra variety to my US Army infantry platoon.

So this is the first of a new format of post. Every other Wednesday I’m going to start doing smaller posts, around 500 words. This will mainly be hobby focused (showing off WIPs) and smaller impression pieces (such as for single figures from existing ranges). The reason for this? I’m going to run out of weeks in the year for everything I want to write about!