Let’s start this Wargaming Week, covering the 26th of February through to the 4th of March. 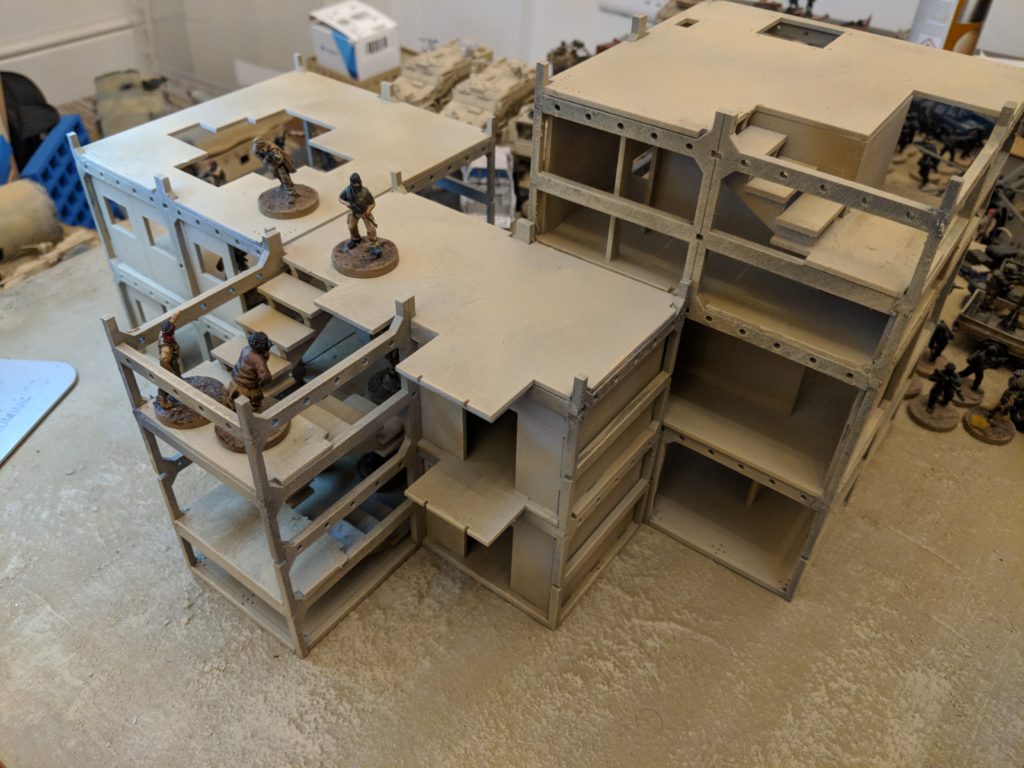 Last week saw an exclusive first look at a new product on the market, Supreme Littleness Design’s new Tower Block setup. Its been really cool seeing the prototypes come out of Mike’s lab as he’s been working on them and getting to build and paint a set ready for game on has been great. I’m already planning out how to use them in the next trip to Bazistan.

In case you missed it, this last weekend didn’t see me heading down to Hammerhead as planned. Unfortunately, thanks to the Beast from the East, Hammerhead was re-scheduled to April 28th. On the one hand, it was a real shame and I’m sure lots of traders are missing out on the opportunity. On the other hand, I’ll get another month and a bit to getting everything ready for it.

This week is a twofer – you’ll be seeing an update on Operation Dragon’s Hoard on Wednesday (much shorter than originally planned) followed by an impressions piece on Eureka’s new British Infantry on Friday.

It was supposed to be Wargames Show week! Which means time for new releases from Empress Miniatures. The first announcement from Empress was adding a new pack to the range. These mercs look somewhat expendable and should be a few interesting characters to add more cinematic missions. Also any pack of figures with an AA12 totting operator in is one I like. These guys are on the Universal Range page for anyone interested in having their own team of tiny action heroes.

Announcement 2 was an extension to the Empress Universal range. The new set of heads are wearing military caps, making them perfect for a variety of roles from Afghan National Police to Central American military. The announcement also mentioned moving into some new body variation as well as a new moderns range in a few weeks. I’ve got some guesses on what it might be but no matter what it is, I’m sure it’s going to be exciting

The other announcement is that White Dragon Miniatures are really close to a release for their Courage in Contact range. Seven packs of Modern Brits have been shown off in the Modern Miniature group, with a nice mix of weapons and poses. I’ll be picking up the range, so expect my thoughts on them once they arrive.

Table Top Tactical Simulations, who have a pretty nice range of US Army and OPFOR figures, have shown off some more details on their upcoming Kickstarter. Based on funding from it, they will be releasing both 2 1/2 ton trucks (with variants) and 5 ton trucks (also with variants) as well as a JLTV. Military trucks are always a pain to find and having a selection of them with variants should be great for the community. I’m already thinking of possible scenarios for them.

No gaming sadly – all that build up for Hammerhead and then bang, wargames blue balled due to (admittedly a huge amount of) snow.

I’ve got an order in with Empress. As well as their new team of mercs and some universals for use with the caps (after all, local police need some new officers), I’ve also gone in deep with their Taliban range. Up until this point I hadn’t picked up their range due to owning the Eureka and Radio Dishdash fighters but seeing as the plan for this year is to focus on Bazistan, I’m going to need a lot of 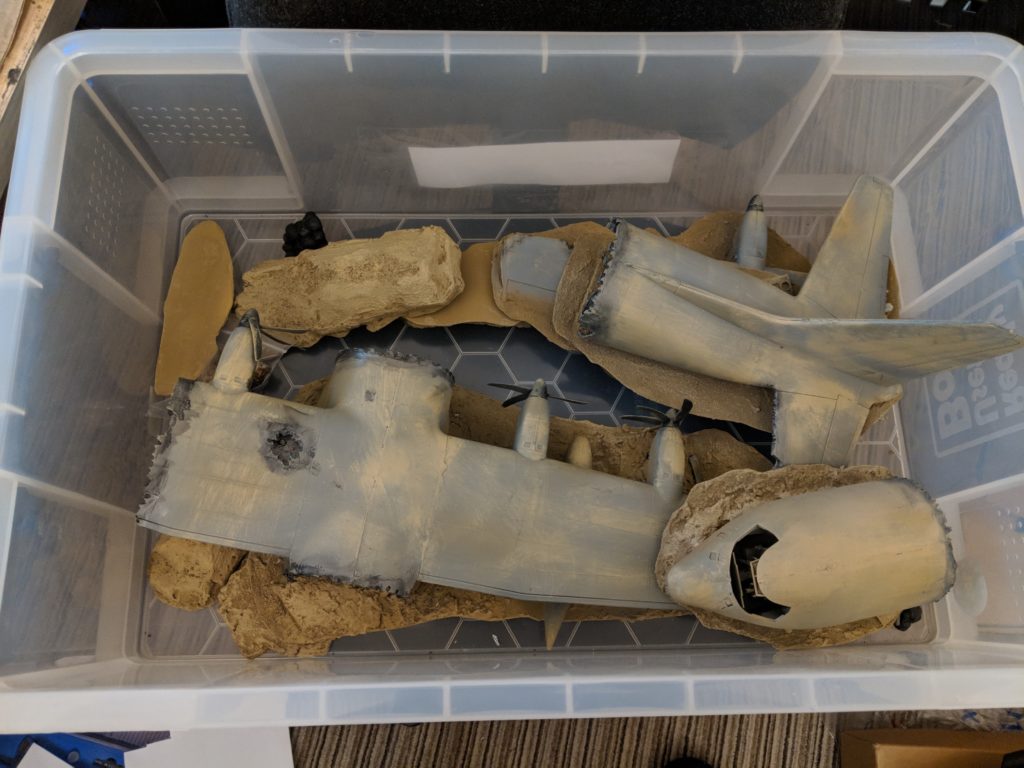 So the focus of this week was getting stuff ready for Hammerhead. There will be more of a post on Wednesday going into more detail but the bulk of the work was getting the plane more banged up and the new buildings assembled. Sneak preview above.

The other thing I’ve started work on is the Eureka modern British. These guys are perfect for 2000’s Brits and so I’m looking forward to getting them painted up. Thankfully, my recipe for DDPM is super simple so I should be able to get them done to a standard I like pretty quickly. Expect photos soon!