One thing that Spectre have always focused on is providing a range of models that bang up to date, backed with careful research to get the exact details right. Their latest release continues this trend, bringing us the Green Beret Jungle Ops, a new team of American Special Forces developed with the assistance of a team of currently serving operators based on their time in Central Africa.

The squad pack contains six operators designed for missions in the jungle. These guys are running really light weight, having dumped much of their tactical gear to make jungle operations easier. There are other details that came from talking to the real guys – the operators are modelled without radio headsets (which have a habit of not doing well in the humidity) and also none of them carry pistols as they would potentially cause a hindrance when moving through dense terrain. The weapons on the models are also carefully chosen – M4’s with suppressors for close in work and rapid movement accompanied by SCAR-Hs for penetration through jungle and fighting off large animals (apparently). At the moment, the range doesn’t include anyone with either machine guns or explosive weapons. This is due to the Green Beret’s role which is to advise and train local forces; the locals would bring the RPGs and LMGs along when they were needed. Perfect opportunity to pick up the African Forces range.

Anyway enough discussion, how are the models? Well, as you’d expect they are Spectre’s usual quality. Pulling them out of the squad box and you could already see the level of detail we’ve come to expect. I did have a slight problem in that one of my SCAR-H gunners had a broken barrel but I got a replacement sent out ASAP and got to work on them. 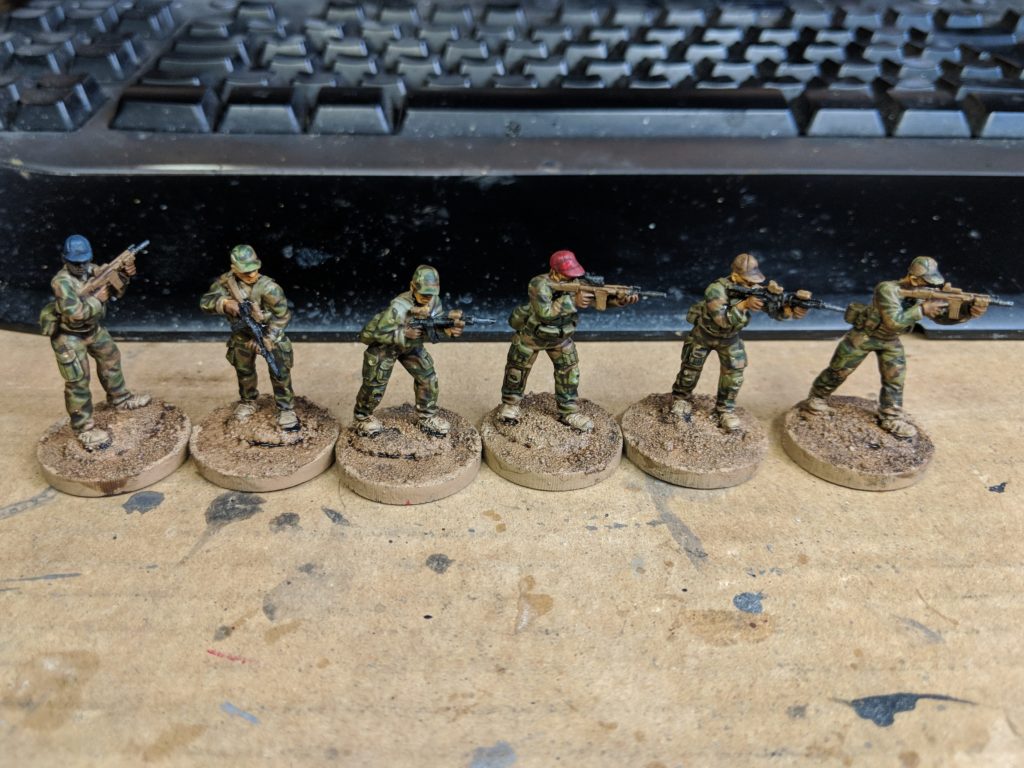 Here they are, looking ready to operate. I went for the multicam look, using Spectre’s painting recipe, along side a few coloured baseball caps to add a dash of colour. Probably not the best idea for the jungle but should be alright when running light operations in Bazistan. 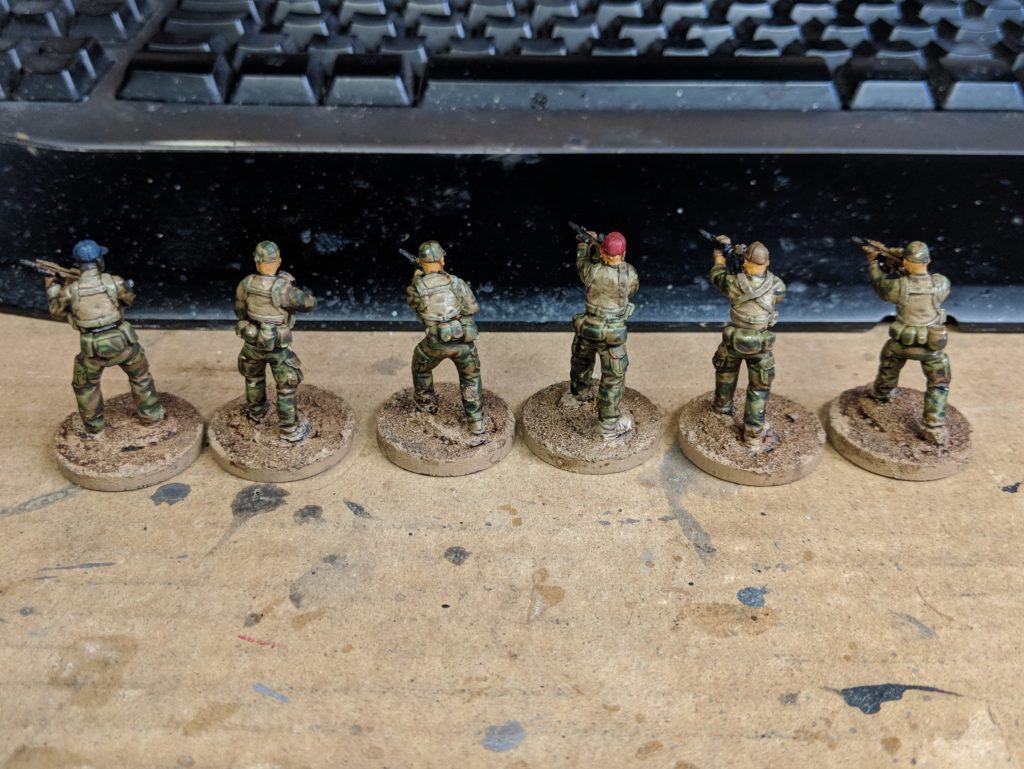 The rear view really shows off how lightly equipped these guys are. I also decided to paint them in the under body armour shirts using Vallejo German Camo Beige. 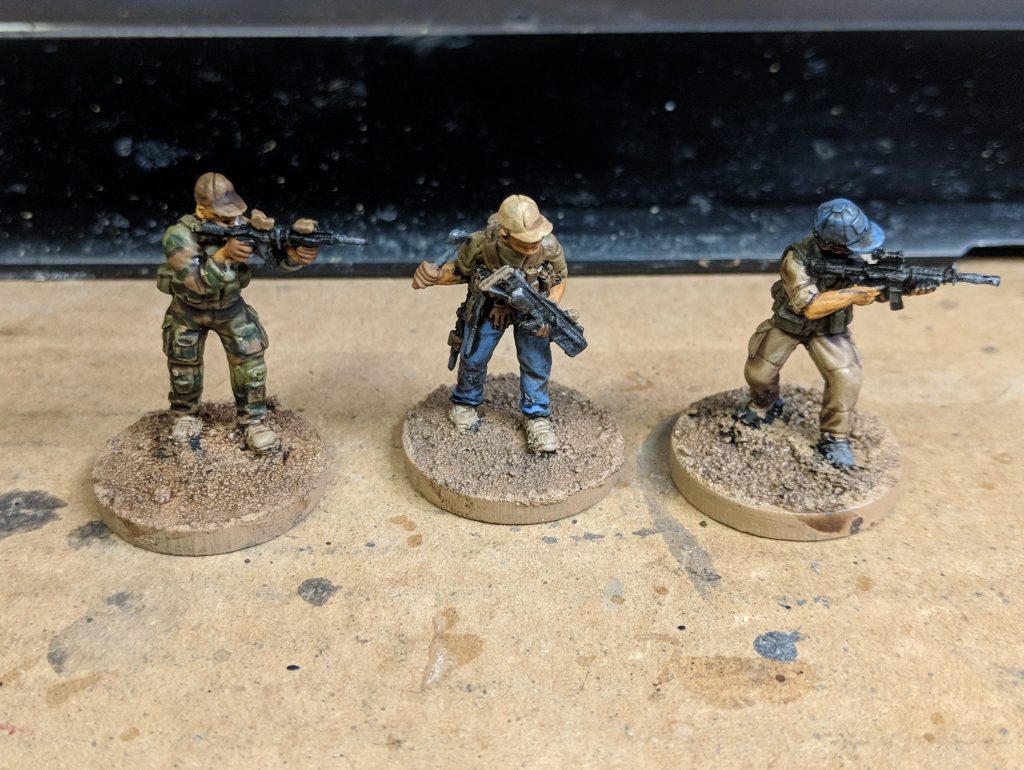 As a little comparison, here are a few guys who would work well alongside them if you want to add some more firepower to the team. Next to the Green Beret is one of Spectre’s Tier 1 Operators. With the right paint job, these two collections almost match, letting you add some extra umph. If you want more guys with M4s (and don’t mind the lack of Crye Precision kit) the Empress SAS are also lightly equipped and slightly scruffy. 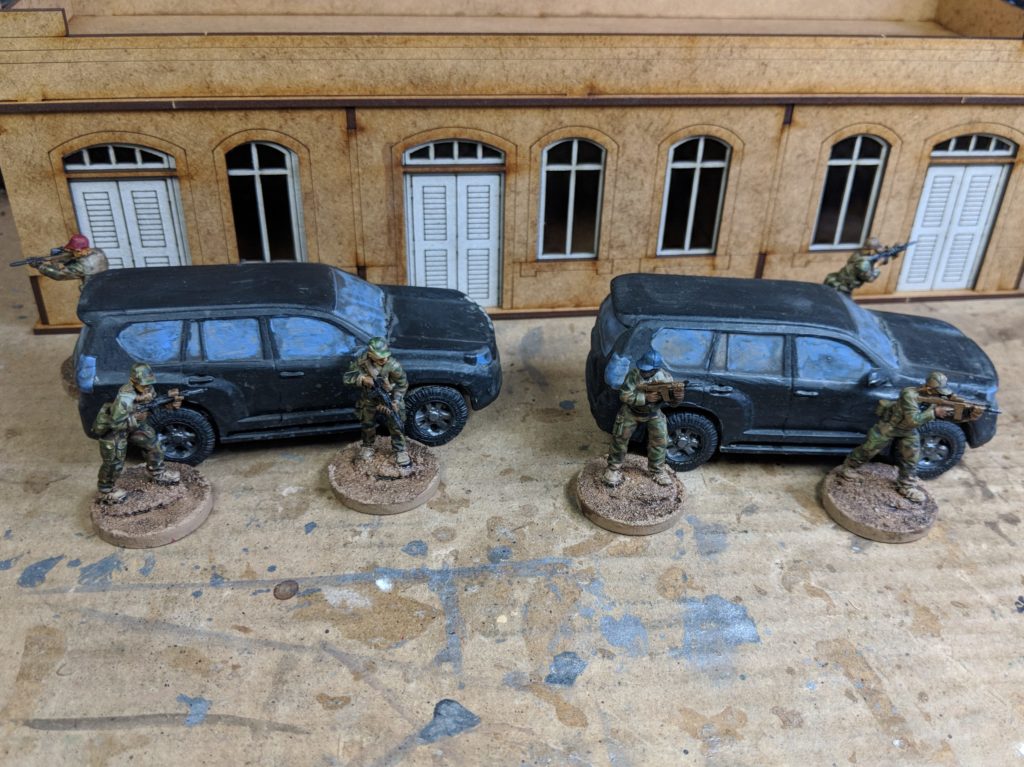 Overall, another spot on release from Spectre! They really show off the level of research the team at Spectre do and are a great set of models ripped from the headlines. My only real issue is that, for building a force, the lack of support weapons mean they’ll have to be drafted in from elsewhere but that’s a small price to pay for accuracy. I can see these being pretty popular, both for use in the jungle but also as contractors or low profile guys. I can’t wait to get them on the table.

If you want your own set you can find them on the Spectre site here.