Let’s start this Wargaming Week, covering the 9th through to the 15th of April. 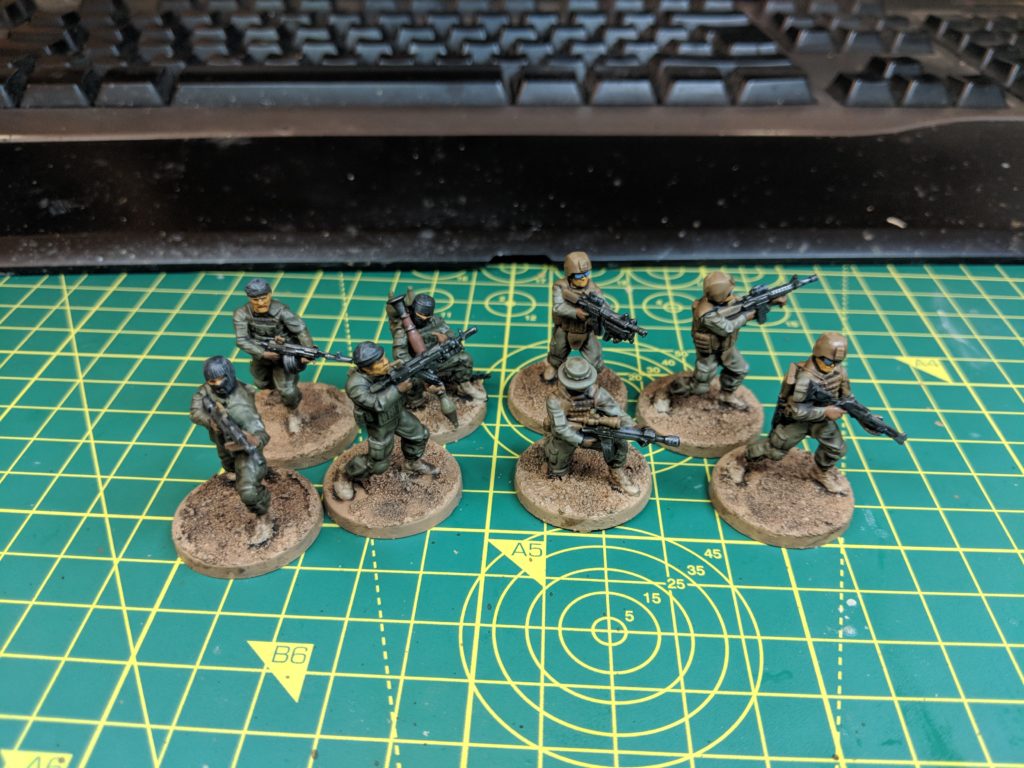 Last week’s post was looking at Warlord Games’s Project Z Spec Ops box. These guys had to be looked at as they are a unique set amongst the primarily metal and resin alternatives. Overall I wasn’t that impressed but I can see lots of use of other elements on the sprue. For anyone who was expecting some Bundeswher thoughts, I unfortunately found myself running rapidly out of time to do all that camo.

The plan for this week is to do my Salute writeup on Wednesday and then something else on Friday. I’m still deciding what so watch this space!

As a bit of forewarning, in the next few months I’m going to slow down posts/make my schedule less rigid. Work is going to get pretty busy in the second half of the year and as much as I would like to get everything in my collection looked at, I also don’t want to burn myself out. The plan is still to do the usual Monday/Friday posts with an occasional additional one slipped in whenever I have time. 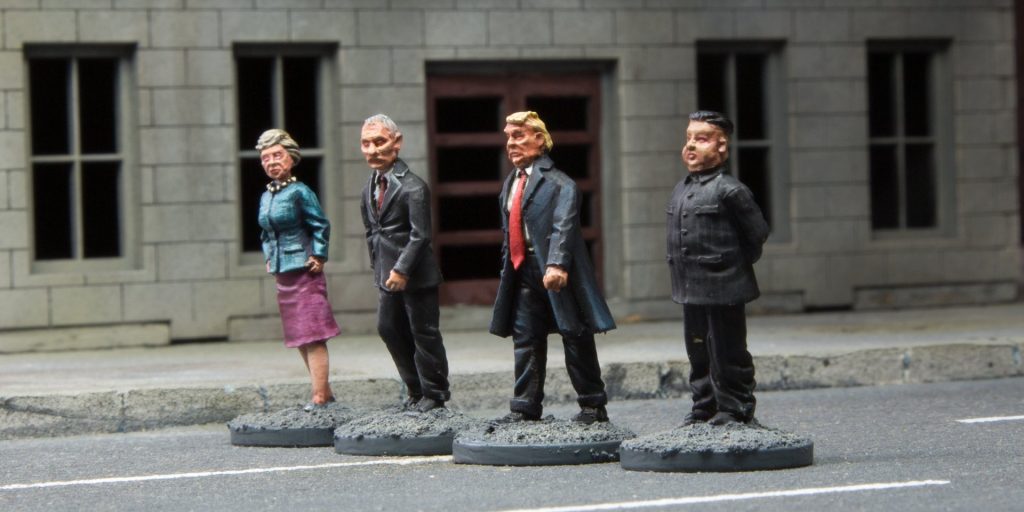 It was Salute on the weekend which means new stuff. Probably the main news for Ultramodern gamers was Spectre’s releases at the show. The World Leaders pack definitely turned some heads, bringing some very special VIPs to the tabletop. Interesting for this style of figure, the focus has been to make them look realistic rather than caricaturing them. I’m not sure I’ll be using them very much as the real world people but all four of them would be perfect for more generic VIPs such as ambassadors, businessmen, former spies being brought in from the cold etc. This set was actually planned as a show exclusive but fortunately for those who couldn’t make it to the show, 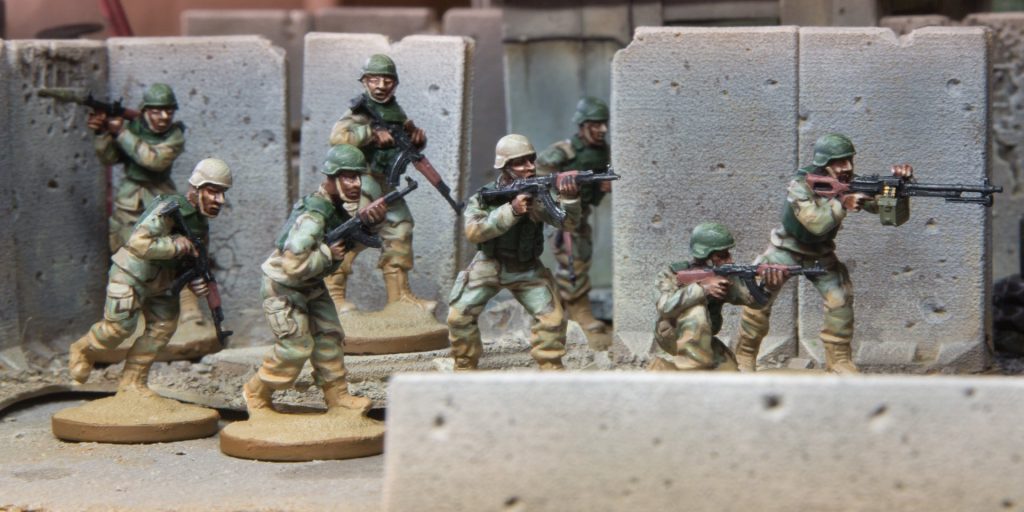 More exciting for me was the release of some MENA Regulars. Wearing PASGATs and body armour, this first set are armed with Russian guns, giving you an 8 man squad with PKM and RPG support. I really like this type of figures as they can easily be used for both OPFOR or BLUFOR in games, either giving your SF some support or causing problems for them. Having talked to the team at Spectre, this range is one they are excited about extending and giving you more options based on the huge variety of countries that use this style of equipment. With my set in my hands, they have the same style and level of detail you’d expect from Spectre.

Beasts of War, who were running a live blog all day, also talked to both Spectre and Empress which are both well worth watching. Both mention upcoming releases, with Spectre naming a quite a few things. This includes their upcoming Humvee range I’ve been gathering reference material for.

None – my Thursday night was spent frantically getting a bag packed to go down south. However, with the recent purchases, I’m really inspired to get to work on some more scenarios coming soon.

Salute is always big for purchasing and this year was no different. To skip the preamble, lets look at what I picked up after a lazy Sunday spent gluing figures together. 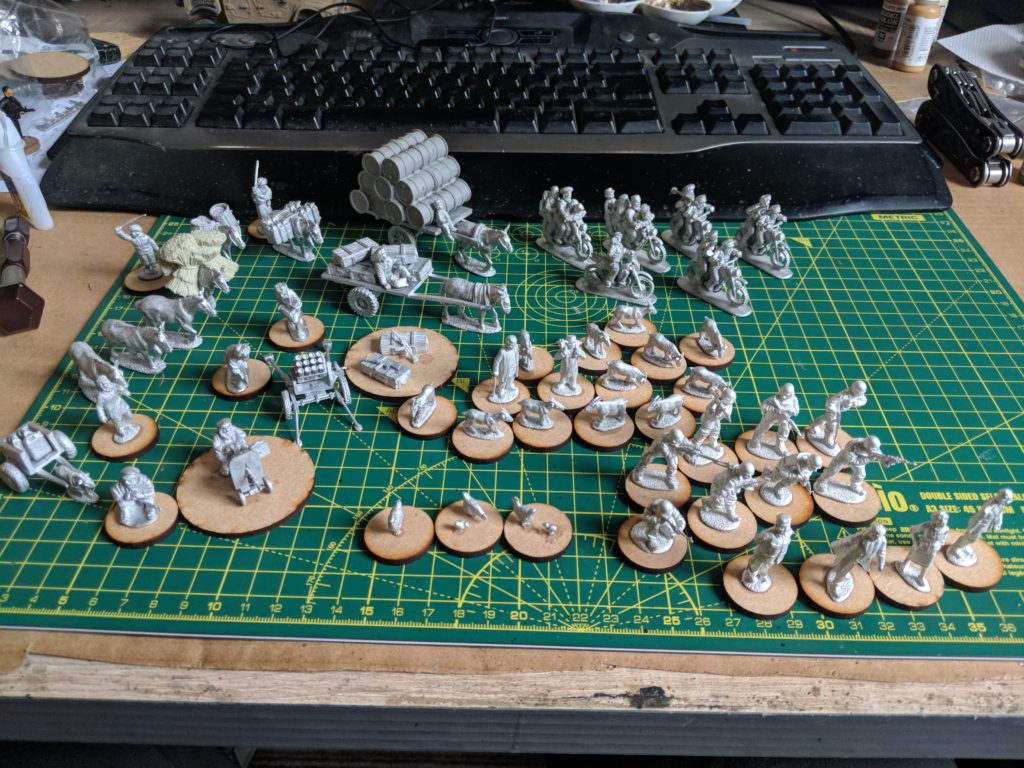 Interestingly, this year’s purchases were entirely split between Spectre and Eureka (after pre-ordering figures to be brought from Down Under) thanks to Empress releasing Ultramodern stuff several weeks before hand. So let’s take a look:

With such a large number of models to look at, you can expect a glut of posts coming soon.

Combined this with the Empress Germans release (which falls in the same hobby budget month) and I think I pushed this month’s budget (and some of the Hobby Emergency funds) to the max. Because of this, and because I still want to keep up to date with modern releases, I going to start slowing down how many figures I buy from each release, looking to get a few small examples rather than buying into ranges I don’t technically need. I’ll be going in deep on the Spectre Humvee range (because literally everyone uses them) but the main focus of the site is going to be conserving funds and finishing off all the projects I already have. 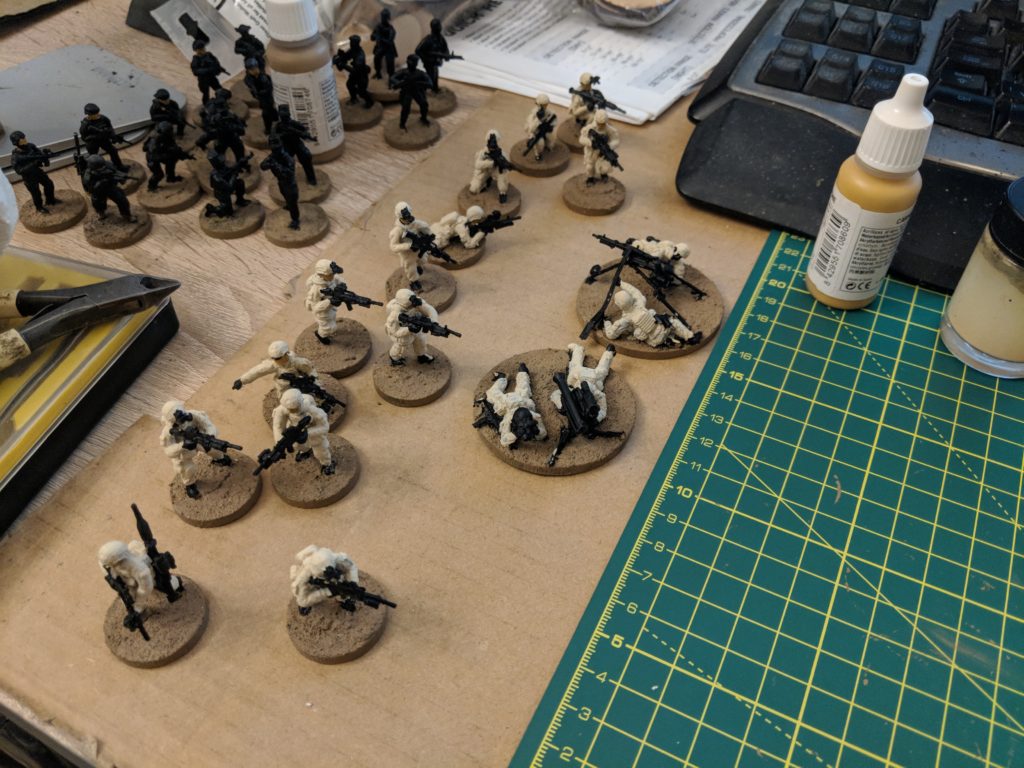 Apart from finishing off the Warlord guys for the post, I’ve also been working through the pile of Germans. All the figures are base coloured except on the weapons so the next step is weapons painting and then camo which is going to take ages. I’m going to break them down into smaller batches than I was previously working at so I get a better sense of momentum on them. Apart from them, work has ramped up and will continue to slow down painting time.