It’s safe to say that most ultramodern games will probably end up with high tech Western forces up against irregulars. However, sometimes you’ll need some more uniform looking MENA forces to either act as the OPFOR or to act the role of the locals being advised or assisted. At Salute, Spectre released their first wave of MENA Regulars and I just had to pick them up. 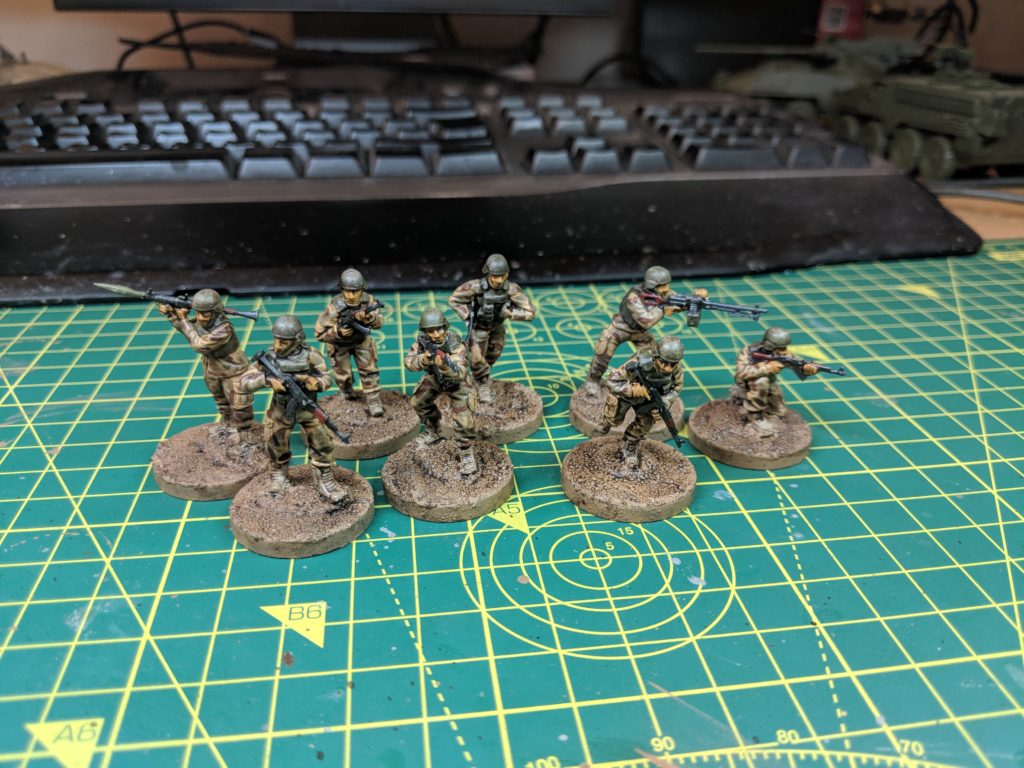 The release goes for the classic look of these forces, with the combination of PASGAT helmet, body armour and Russian weaponry. There are three packs available, with a six figure squad set armed with assault rifles and two support packs. There is a nice variety of poses for a squad in combat (with a combination of shooting and moving under fire). As you’d expect from Spectre, there is a really nice level of detail to the squad; things like different types of body armour and a variety of AK patterns (including some with folding stocks) help to make the squad look a little better equipped than their militia opponents while not quite being up to the same level as their Western advisers/opponents. 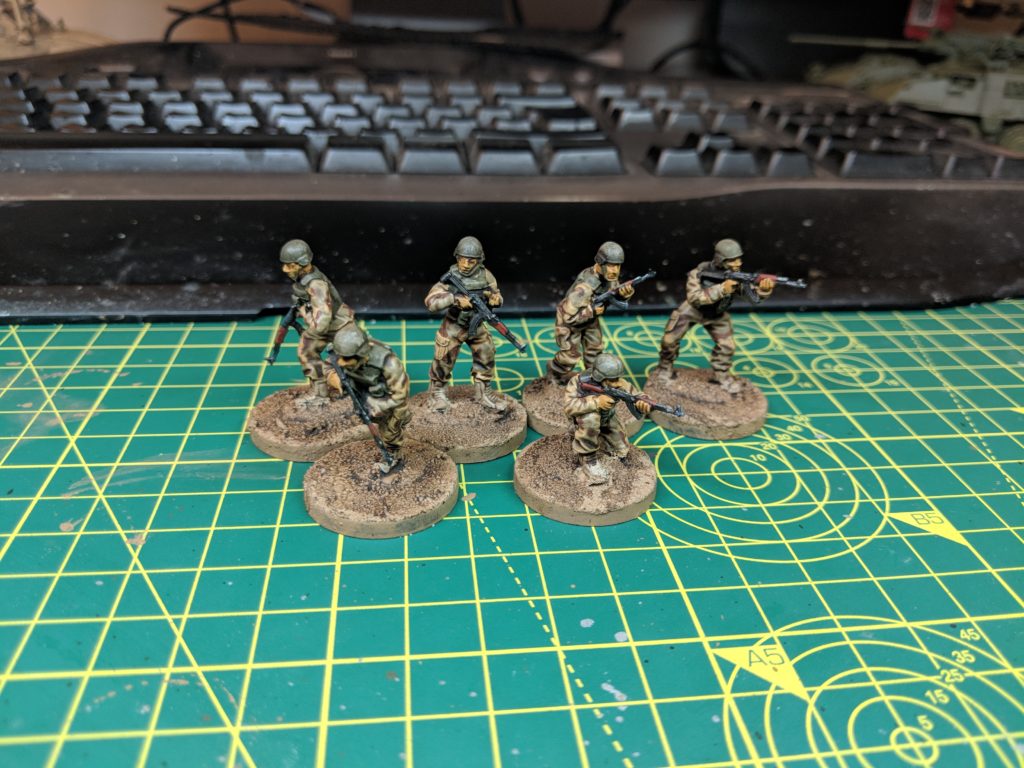 For painting, I went for the classic 3 colour desert camo along with green body armour and helmets. I used a few slightly different shades of green for the armour and helmets (although its hard to see on the final models) which was then dusted with Medium Grey to make it look a bit dustier. The desert camo is a little different from other models as I made the Camo Beige splodges slightly bigger than I have previously. I quite like painting this camo as it’s relatively easy with only three steps and simple shapes. 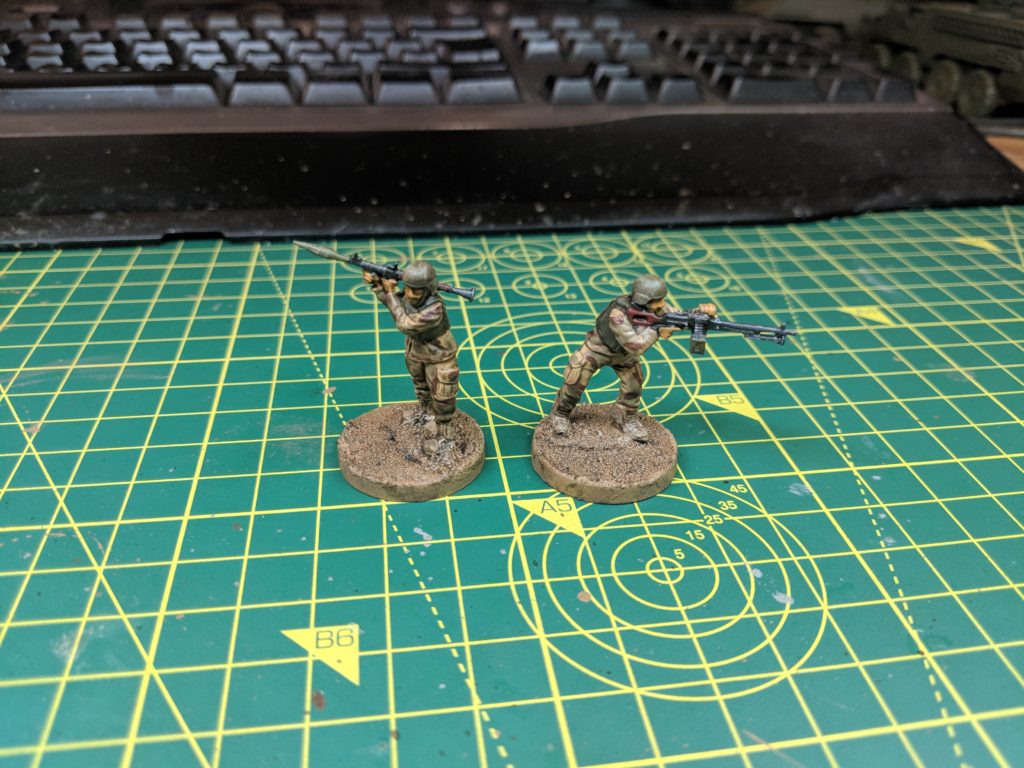 As well as the main squad, the first release includes two support weapons – an RPG gunner and PKM machine-gunner to help deal threats that the normal squad can’t. 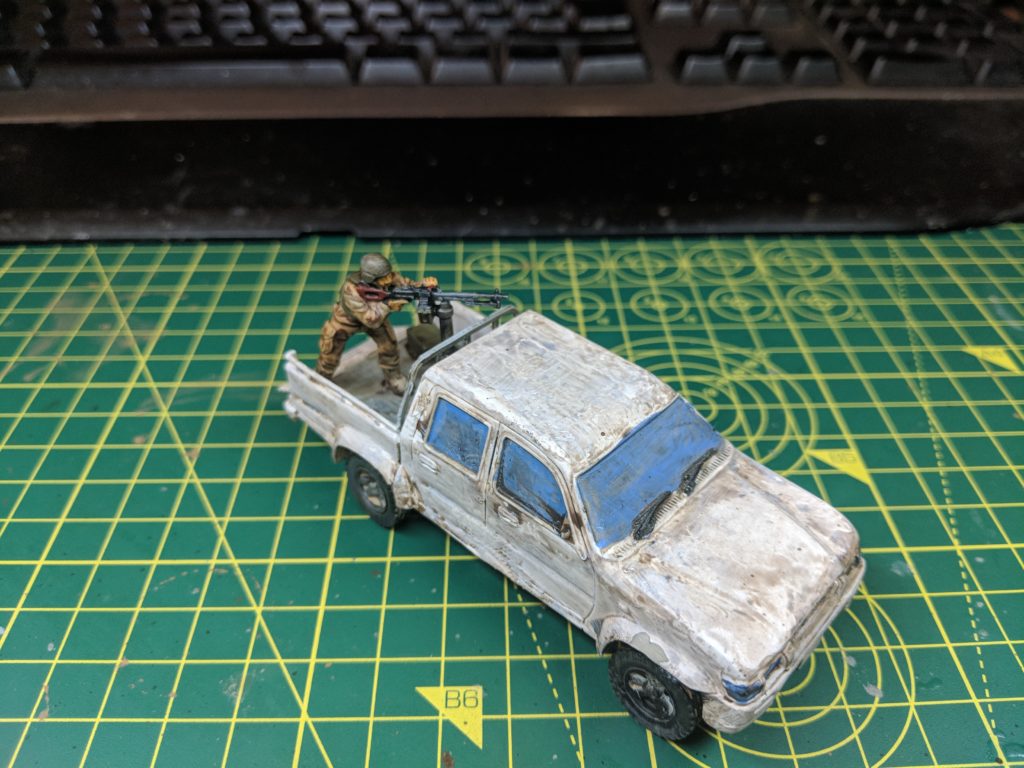 As a little bit of extra firepower, and after seeing the pose on the gunner, I realised that this squad could do with some mobile backup. For this reason, I built up a technical weapon using some bits box elements and the base template I’ve used on previous weapon systems. I’ll go into more details in a future post (as well as looking at other weapons designed for Technical Bravo) but I’m happy with how it came out. It will also be a nice backup for other Bazistan Army vehicles. 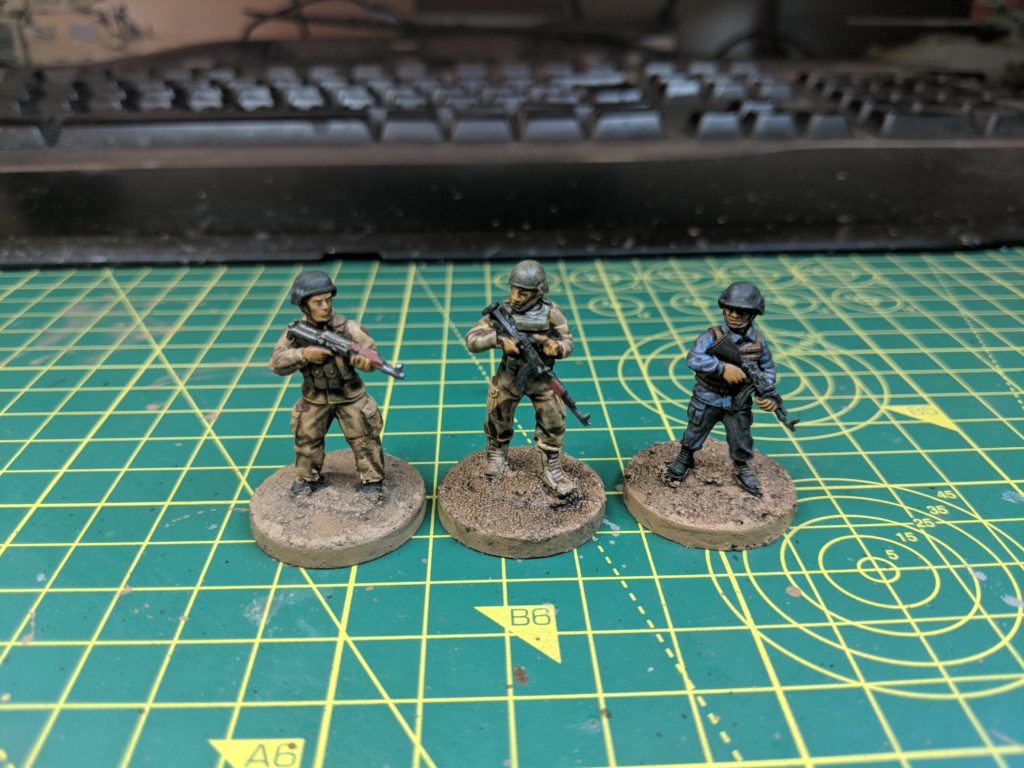 Of course, you may already have some troops for your MENA Army. Eureka and Empress also produce figures in similar kit. As you can see above the sizing is pretty close. Although the Eureka figure is a little on the small size, the helmet and gun are still to scale. Overall, I wouldn’t have any problems using them together (for example when you need the whole Bazistan Army).

So what do I think of these guys? I really like them! They have Spectre’s usual high quality with great poses and detail and are perfect for any less well equipped nations – I’d even be tempted to use them for nations outside of the MENA region such as African Forces. Apart from one guy with a slightly elongated neck, my only other comment is this group could be a little too uniform if you were wanting some really crap Indigenous Forces. However, this won’t be a problem for long – from talking to the Spectre guys, we’ll be seeing more MENA regulars coming soon with different weapons and kit. I’m really looking forward to getting these guys on the table.