Let’s start this Wargaming Week, covering the 7th through to the 13th. 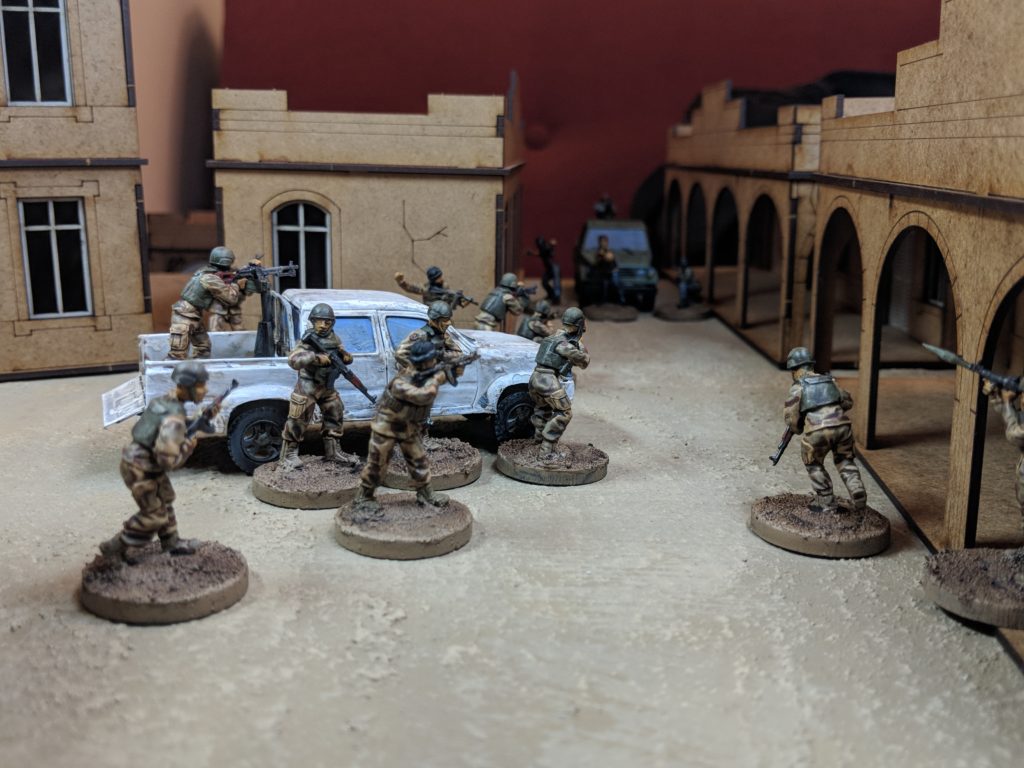 This week’s post was taking a look at Spectre’s MENA Regulars. I always find this style of figure really useful when designing scenarios (especially when wanting a change from hordes of insurgents). I’m every excited to see what comes next in this range! 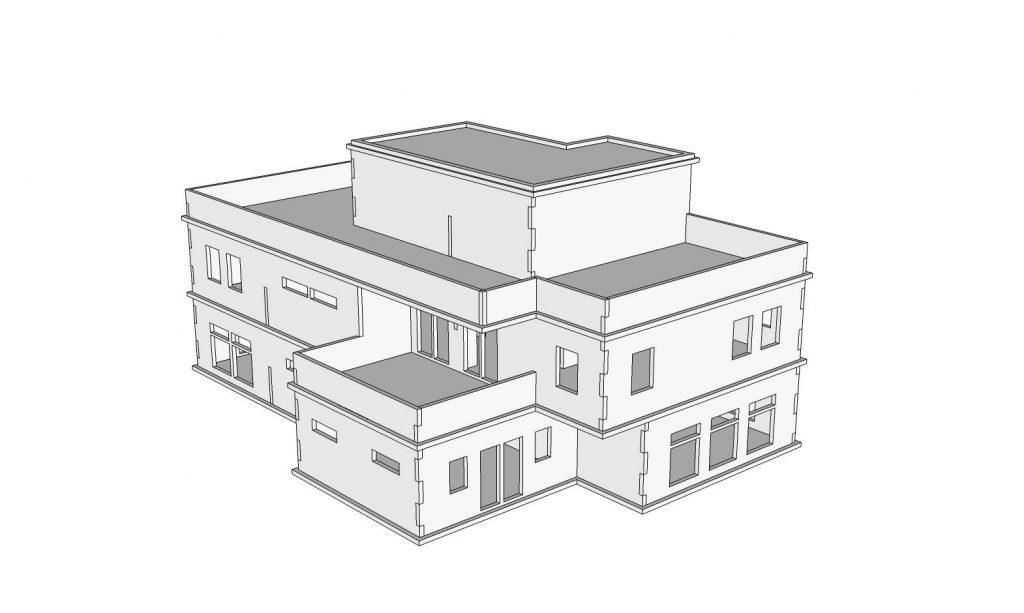 Knights of Dice have been showing off some new buildings for the Tabula Rasa range. These apartment buildings have been talked about for a while so it’s great to hear they are getting close to release. I’m defiinitly interested in some more residential buildings that aren’t adobes so I will be getting some of these once I’ve painted up more of the stuff I already own. 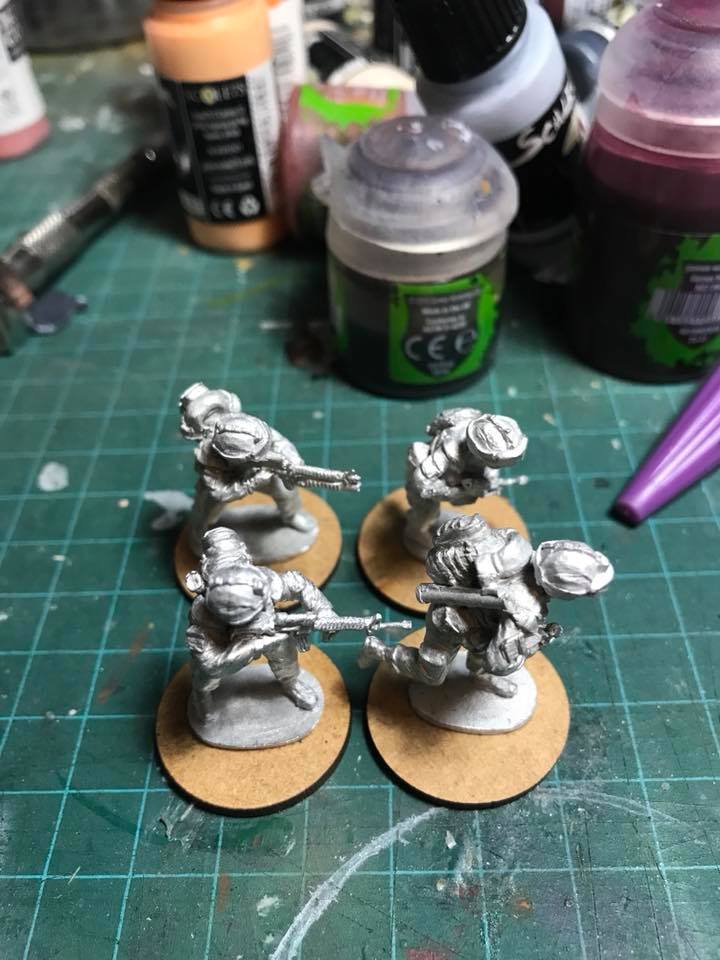 In other new things, Full Battle Rattle Miniatures (maker of a rather nice range of modern Canadian figures) have another wave of figures coming. This next wave will add two more fireteams of figures in skirmishing poses, a pair of MMG teams, a Carl Gustav team, mine sweeper and a dog team. This is a great addition to the range, perfect for building a platoon of Canucks. I’ll be looking to pick up some of these guys at some point so watch this space!

Been busy with work so sadly my Thursday night trip to the club was just a simple drop in to see what was going on. I have been planning more games though (partially to help me decide what to paint next)

One small purchase this week. I decided to pick up the two small Colonial buildings from Sarissa I didn’t cover in my original post. The planning behind this was two fold – they will be some handy buildings to have and also I’m wanting something slightly smaller to work out the techniques and tweaks I’ll use on the big ones. Expect a post once I assemble them. 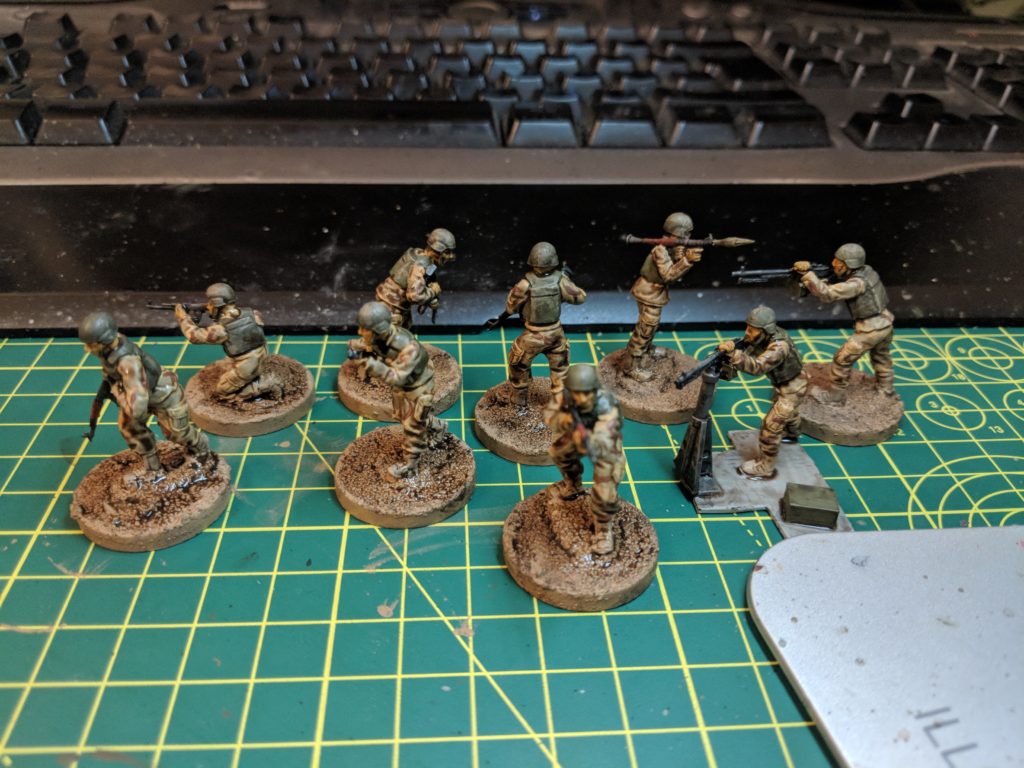 Big thing this week was finishing off the MENA Regulars for the post. These guys were mostly done, just needing the camo painting and a few items neatening up. I’m really happy with the final result – I think the drybrush of Medium Grey on the green elements really made it look more used.

The next step on my workbench is getting two more Technical weapons finished off (the ZPU1 and SPG9). I’m also starting the task of repainting my Empress SF figures (both SEALs and US Army Special Forces). However, I have been planning a few things for scenarios so my need to sneak other figures into the queue.

Also the two Strykers (normally spotted in the background of other pictures) are still say on my desk. I really need to just sit down and finish them as all they really need is a few details painting and then a heavy drybrush.