Let’s start this Wargaming Week, covering the 21st through to the 27th of May. 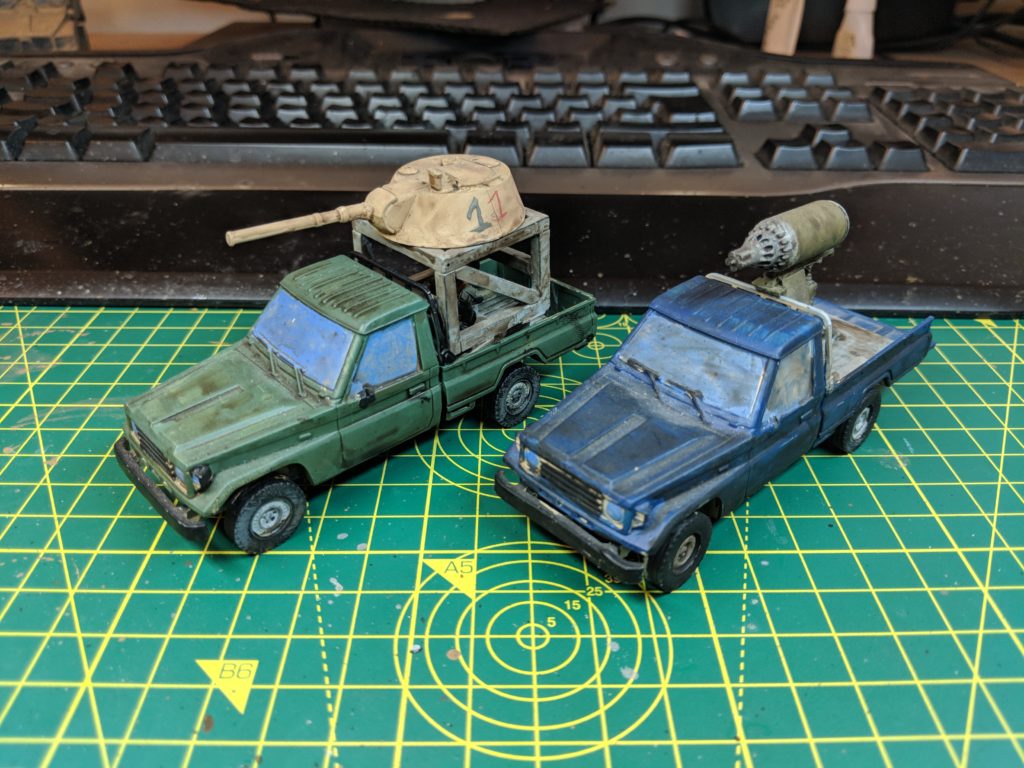 Last week was a surprise double bill, looking at two areas of Technical weaponry. Wednesday saw a look at the Improvised weapons while Friday focused on weapons for the Bravo Technical. Project Technical has been fun to work on – the Spectre system is great to begin with so all I’ve had to do is tweak a few things to get them looking how I want them to.

I’m going to tweak a few things with the blog over the next few weeks – seeing as work is getting busy, my hobby/gaming time has really taken a hit. I still want to do a new feature every week but we’ll have to see depending on work load. I’m definitely keep writing Wargaming Week – it’s handy to keep track of what I’m up to and what going on with the modern wargaming world. 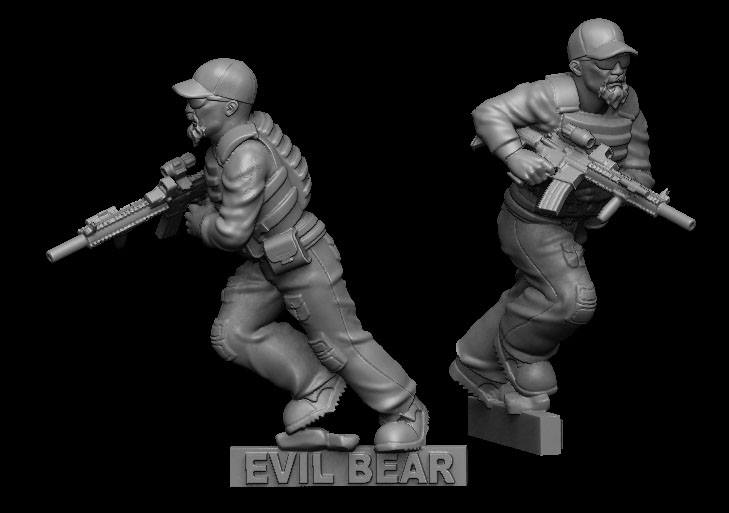 First up we have Evil Bear Wargames. They have been a little quiet for the past few months but are now showing off some renders of their upcoming range. Comprised of ultramodern Brits in Virtus and some sneaky PMC types, these guys are designed for the setting of OSC, an alternative universe similar to our own but slightly off. So far they have shown troops with assault rifles, a pair of AT weapons and some characters from the OSC Rulebook. We’ll have to keep our eyes open as more of the range is showed off. 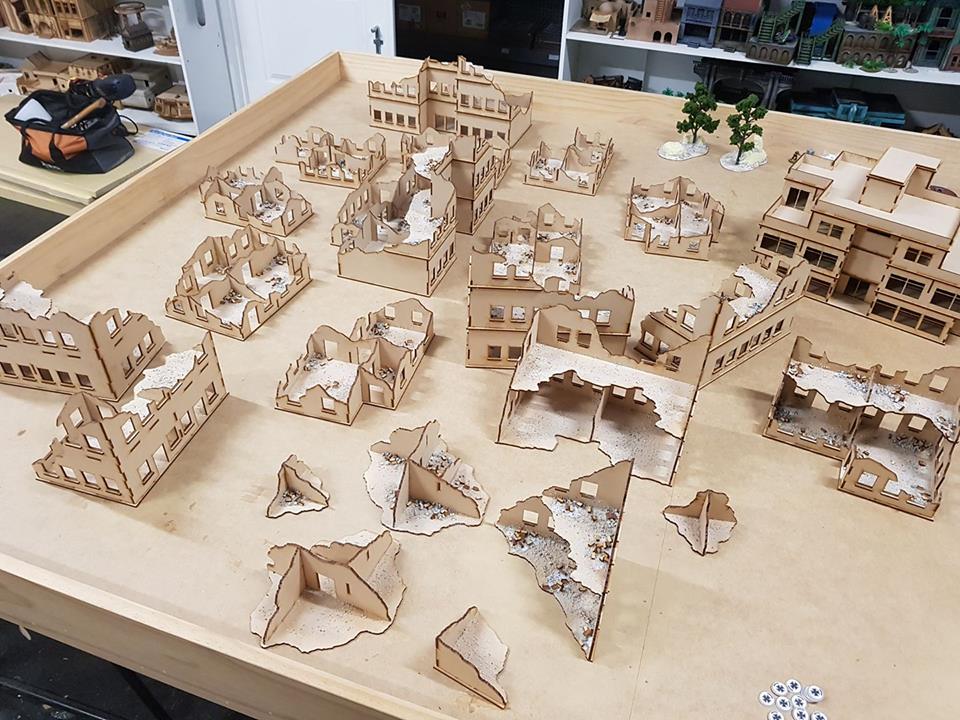 Meanwhile from Down Under, Knights of Dice have been showing off more of their upcoming Tabula Rasa releases. Most of the board is filled with the new ruins, perfect for wargaming any modern urban area that’s been a battlefield. They look really nicely done, with a useful varety of sizes and shapes. However, I’m more excited by the bulk of one of the new apartment buildings on the right hand side. Looking at it assembled, you get a much better sense of size. I am REALLY excited to getting my hands on it – after all, Bazi City does need some high density housing. 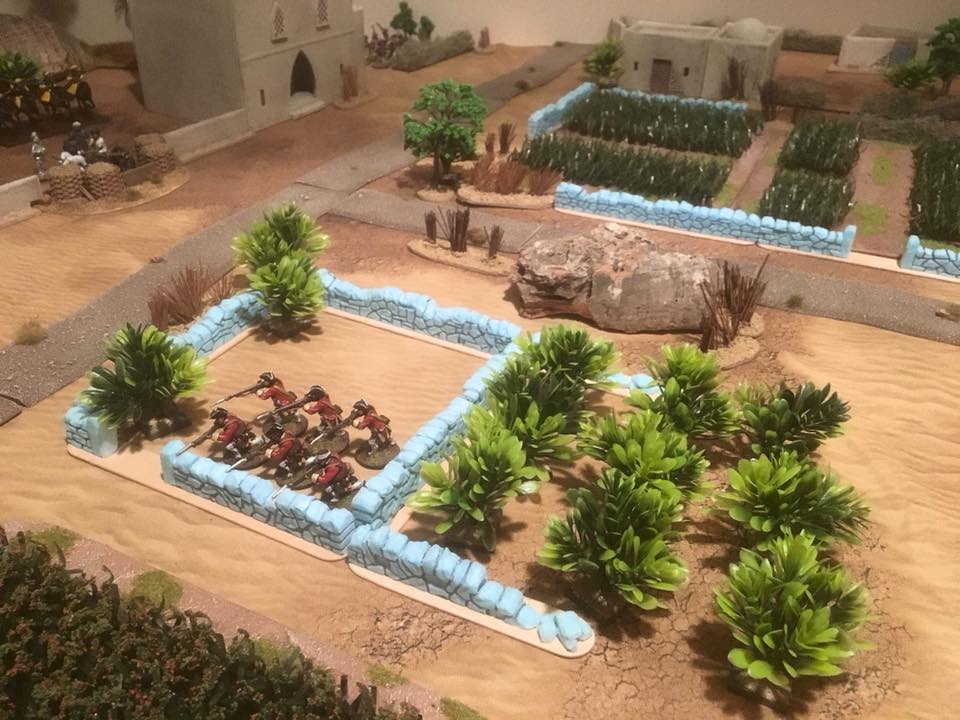 Speaking of terrain, Tiny Terrain Models has shown off some new low walls that are coming out soon. These have just been sent off to the resin casters and look like they could be perfect in a whole host of situations with the right paint job. 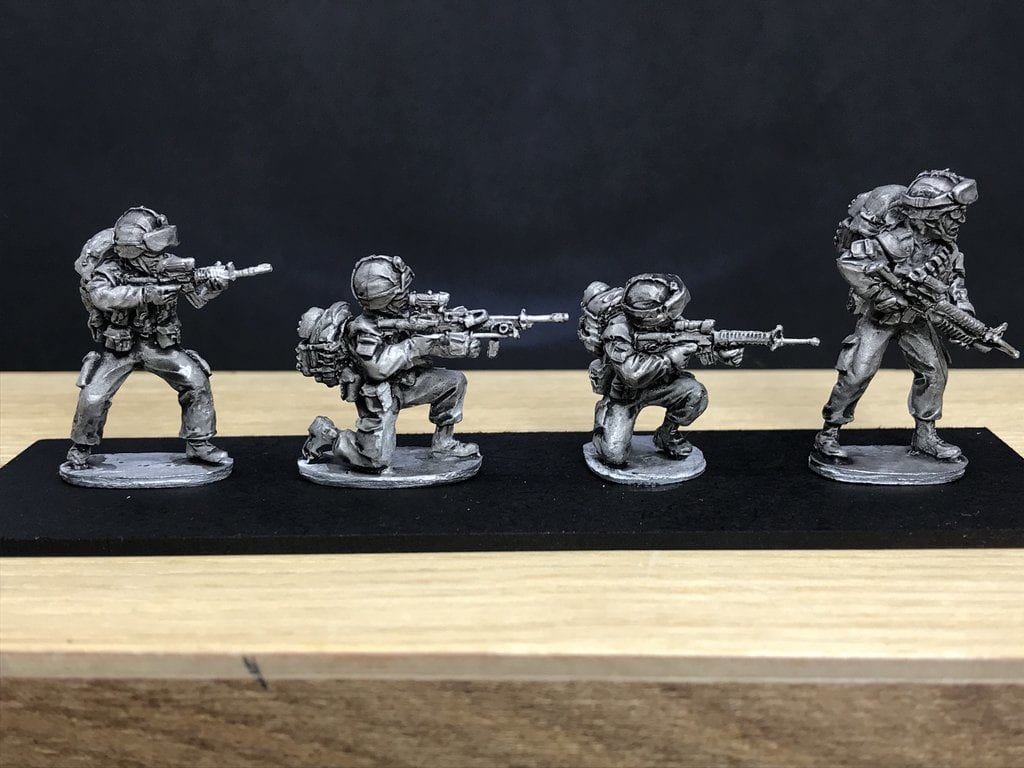 Finally, Full Battle Rattle Miniatures have released their new wave of Canadian troops. As previewed before, these guys help to expand the options available to anyone making a Canadian force giving you some specialists and heavier guns ready to round the squad out. There is an offer on the site you can find at the link if you pick up a few packs.

I’m being a little careful with money at the moment so no purchases. There is also a small matter of the pile of lead that needs painting. At the moment, my only purchasing planned is to pick up a few Humvees when Spectre release them for project work and buying some detailing elements for Project B-Town. 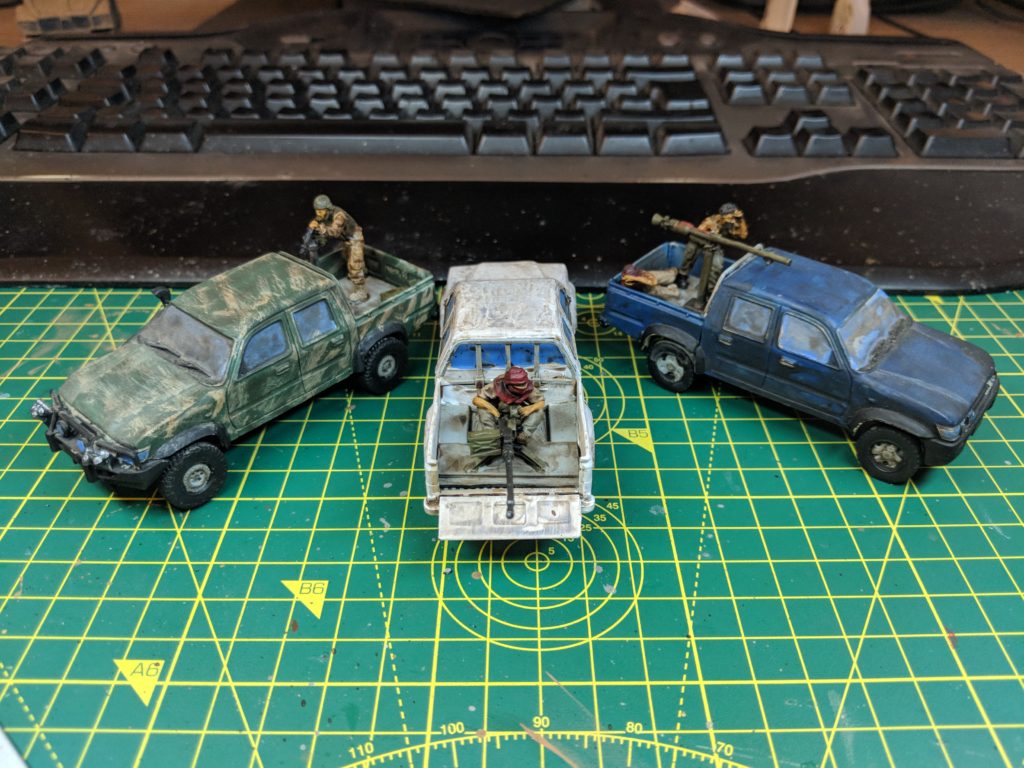 Apart from finishing off the technical weapons, not much happened this week. Undercoated a few models, did some basing. Took a squad of Germans to work with me everyday this week but ended up not having time to sit and start the camo’ing work.

Perhaps more exciting is that I’m starting work on the final Spectre part to Project Technical (maybe?) – I’ve started assembling the base to AA guns including working out how to base them on the Technical Bravo.

I also managed to do some writing on the rules I’m playing around with, at some point I’ll need to get the concepts on the table