Let’s start this Wargaming Week, covering the 4th through to the 10th of June. 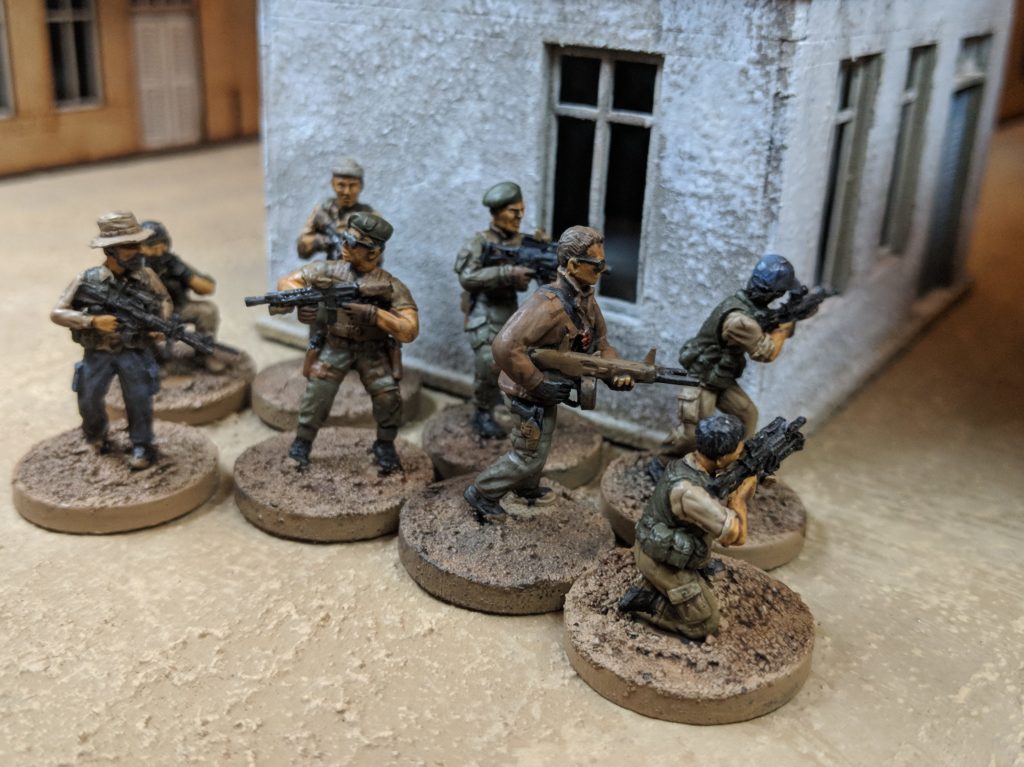 Last week’s post was looking at Empress characterful Mercs, getting them ready for the tabletop. Expect to see these guys backing up my other mercs when things get really hairy.

As you may have seen in Friday’s post, I’ve done a little experiment with the images. I take my photos on my phone, with no fancy lenses or tweak-able settings. Most of the time I’ve used the raw photos straight from the camera which look okay but can also mean the main figures take up a tiny space. Instead, I’ve decided to try following advice and trimming the photos down to focus on the subject. On the one hand the photos are a bit more informative and show off the figures better. On the other hand, it does show off all the small mistakes I make while painting. I’ll freely admit, I don’t think of myself as a good painter – merely good enough for the tabletop. I’m still playing around with the best setup to get the best photos so expect some tweaks in quality over the next few posts. 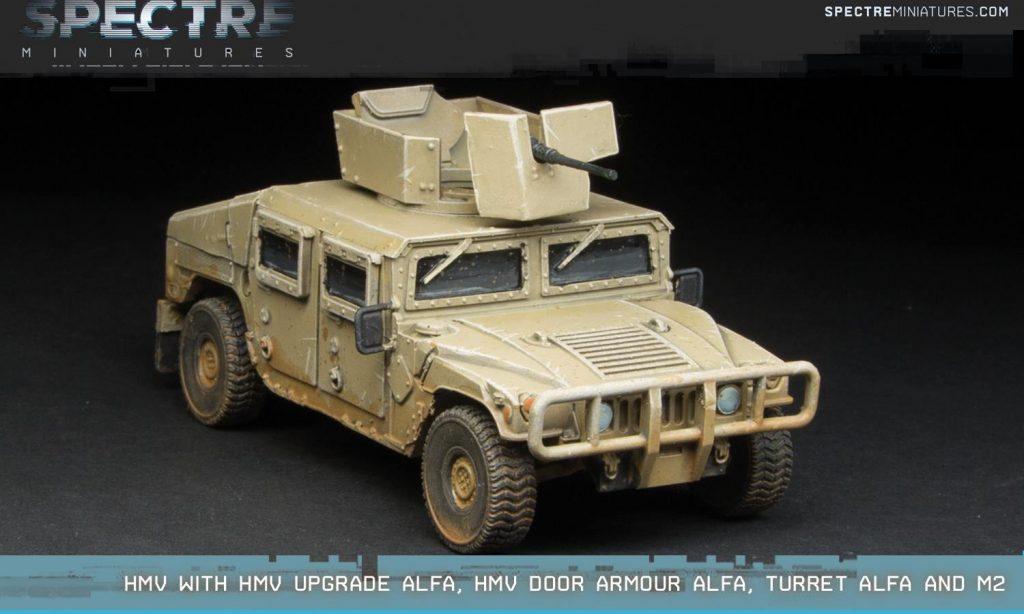 After spending a whole news post of Spectre Humvee and them not actually releasing, they are finally out! You can get to them on the site in the rather busy Vehicles collection page and I wouldn’t be too worried about the resin bits going out of stock. To be slightly down, a few of the weapon systems you might want are out of stock (minigun humvee will have to wait) and the crew figures are not here just yet and I really wish the bumpers were not bundled in with the rear sections. Apart from that though, just look at them! Fantastic detail and I can’t wait to get my grubby paws on them and get building.

There is also a 360 spin of the SOF vehicle available on the Spectre facebook page is you want to see the detail from all the angles. 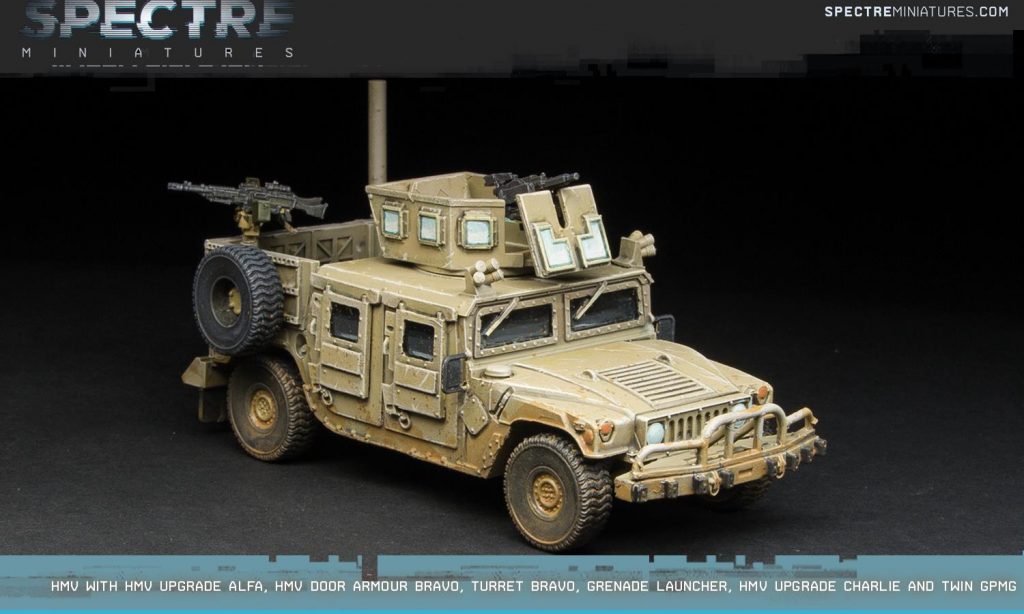 Well guess what this week’s purchases are – Humvees! I mentioned on Lead Adventure that I was splitting this impressions up (to make sure I stick within my hobby budget for the month) and building two vehicles this month and two in the next order. Order 1 is going to let me build two vehicles:

I’ll be able to take a look at the default variant covering all the basic construction options by just not gluing certain pieces in place while taking photos, meaning a small order can still cover all the important points. 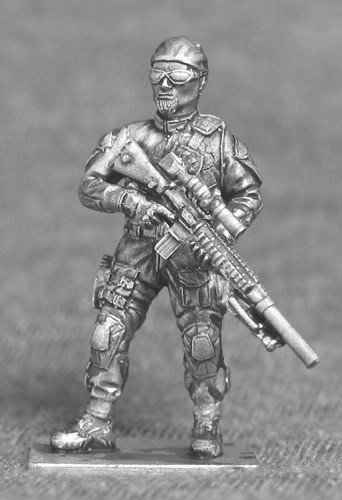 Unrelated but seeing as I’m starting work on my Empress SF (both SEALs and US Army Special Forces in combat kit) as well as a few special figures that fit the range, I realised I was actually missing a model – US11, an American sniper in Crye precision gear. This is a figure I haven’t seen in the flesh and so grabbing some more pics would be great. 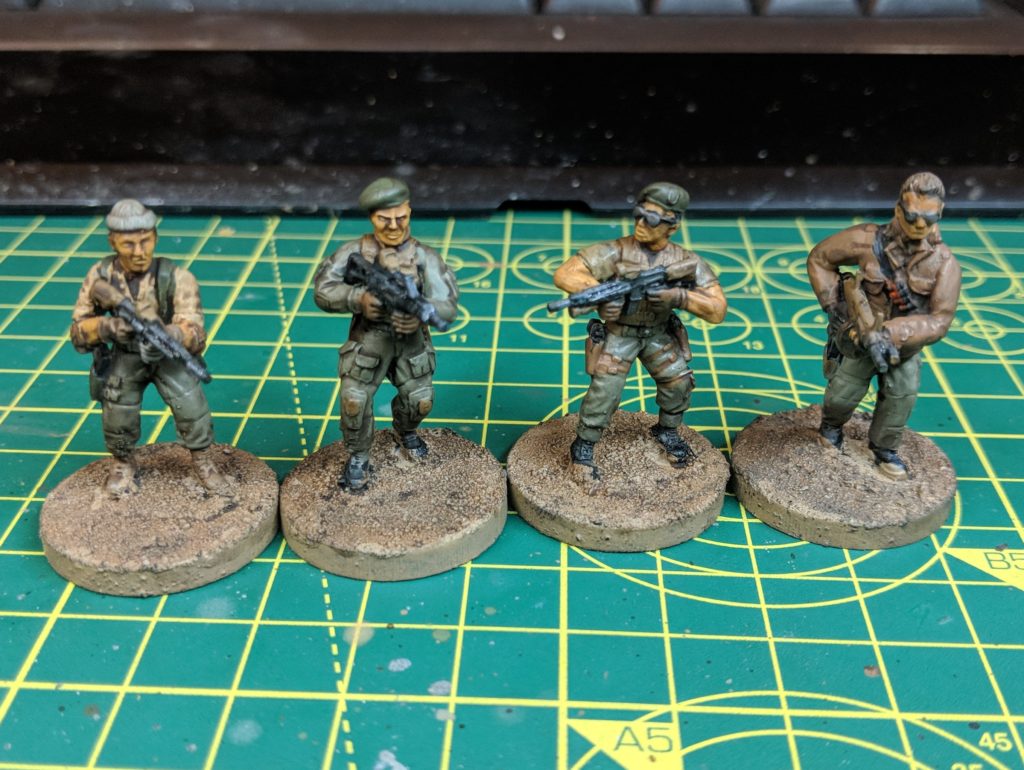 This week’s hobby was (shockingly) limited but I did manage to finish off the four mercs ready for last week’s post. I’ll freely admit they are not the best paint job I’ve done (not helped by the cropped photos) – a part of me was just sick and tired of seeing them sat on my workbench. That said, I’ve left them unvarnished so I can go back and do some touch up when I have some time. Apart from that though, usually great quality sculpts from Empress 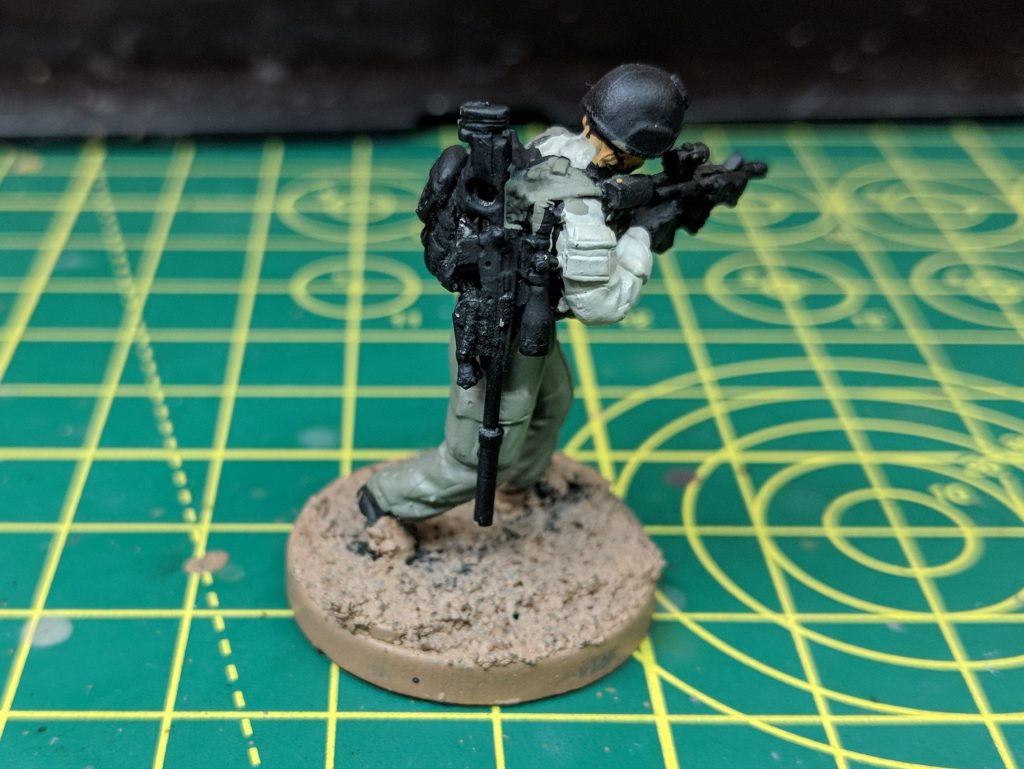 In what ever other time I had, I started repainting the Empress SEALs and Sniper ready for redoing in the new method of multicam. As part of that, I did some tweaks to the standing version of the American Sniper. The example pictures show the rifle slung vertically. However, I am a cack handed fool and long vertically protruding elements do not last long. So, to prevent bent sniper barrels, I pulled the gun off his back and re-positioned it pointing down. Hopefully it doesn’t look too bad and means he may actually stay in once piece for longer. I’m looking forward to repainting these figures – they were some of the earliest I bought from Empress and it will be cool to see if I’ve improved. 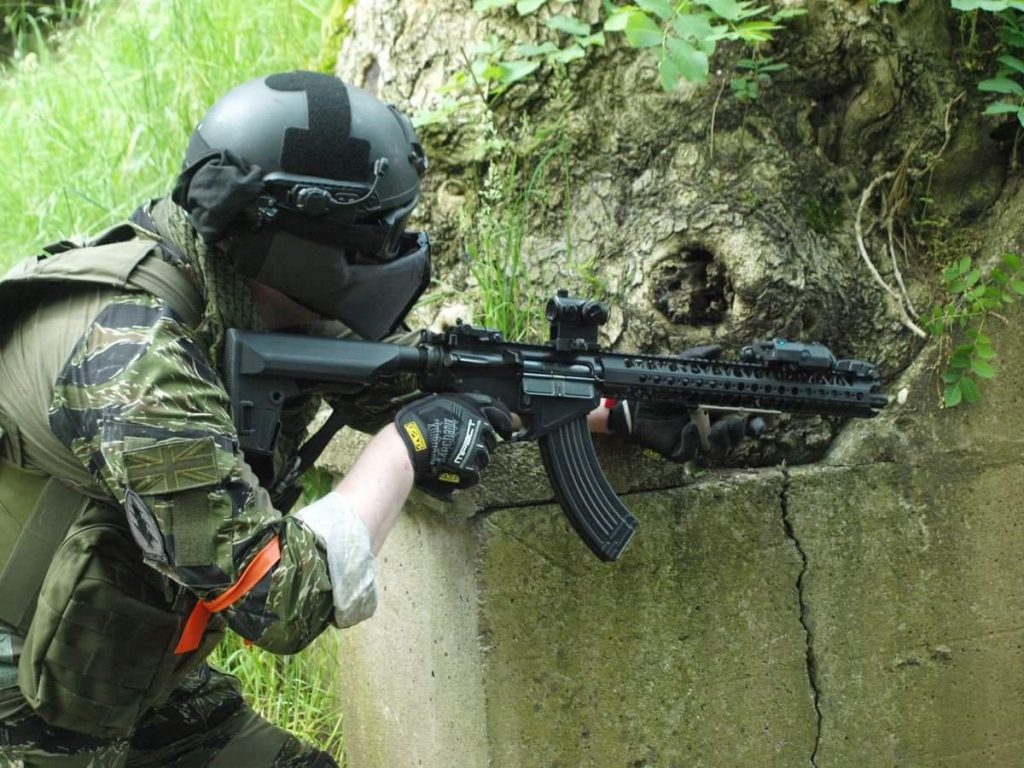 With the rest of my hobby, I ran around a field most of this weekend dressed in my new Tigerstripe combat uniform and wielding my SR47 doing my best operator impression at the yearly Airsoft Club reunion. Haven’t been in ages, writing this while everything aches.