Let’s start this Wargaming Week, covering the 25th of June through to the 1st of July. 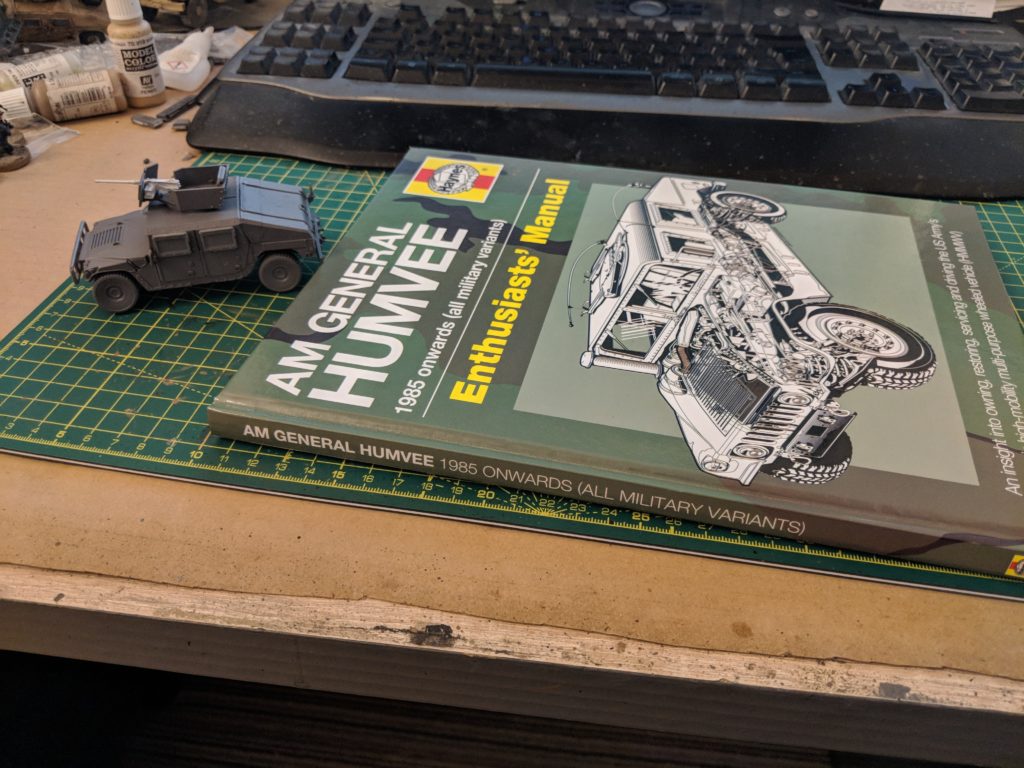 This week’s post was part two of the Humvee project, taking a quick look at the Haynes guide for the vehicle. I really enjoyed reading the book and there are lots of photos that I’ll be working from when I get round to building up the rest of my fleet. The section on vehicle maintenance may not be the most useful but it does help to put my car issues in perspective!

Oh boy this week’s news is lots of cool stuff 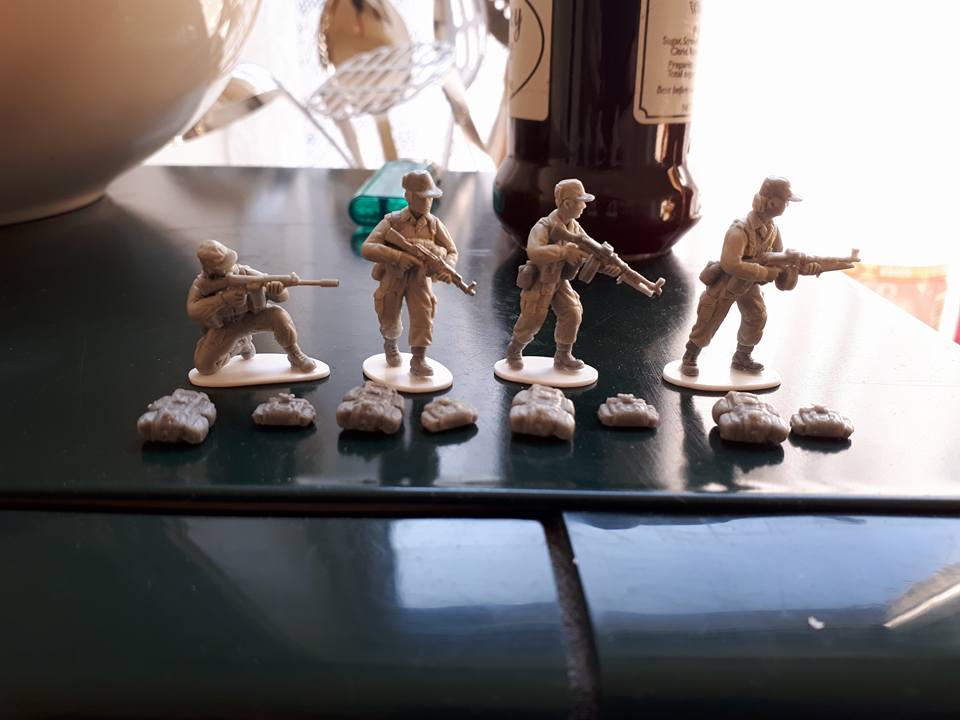 First up, Under Fire Miniatures hit us with a one-two punch of previews. The first was a step away from their current 28mm range to a brand new theatre – Rhodesia. Having already gone deep in this setting with their 20mm, I’m really excited to see their 28s. The first pack shown is Rhodesian SAS team of four guys armed with FAL, AK and two RPDs. Interesting to note they also have two style of packs in front, possibly hinting at some choice in how they are equipped – big packs for patrolling, small packs for assaulting. It hasn’t been stated if the packs will be moulded or separate but I’m looking forward to their release. Maybe it’s finally time to get some figures focused on Zaiweibo ready. 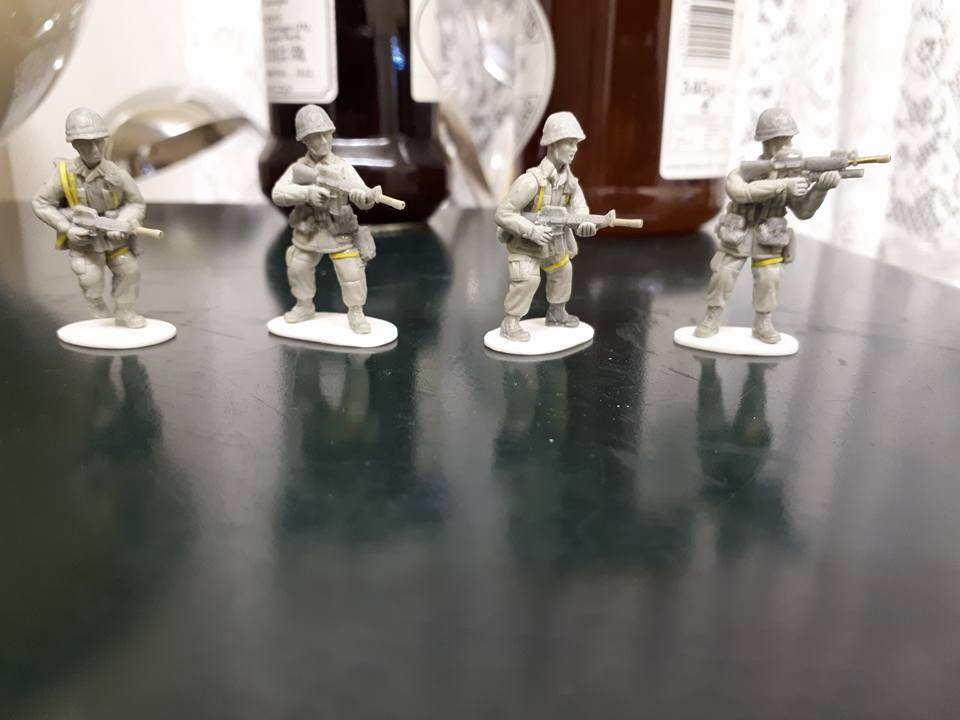 Part 2 was showing off the start of the Cold War American range, to go with the already existing Bundswher, Polizei, Volksarmee and Soviet troops. These guys are mid-cold war, combining the M16A2 with the cloth covered M1 helmets. Preview images show off what look like two rifleman packs and a command pack (complete with M60). In the comments, Under Fire have mentioned that guys in Fritz Helmets and body armour (perfect for the later years) are coming in a separate range. Of course, on this blog we’re more focused on the ultramodern. I could see these guys being used as Third World forces very easily. 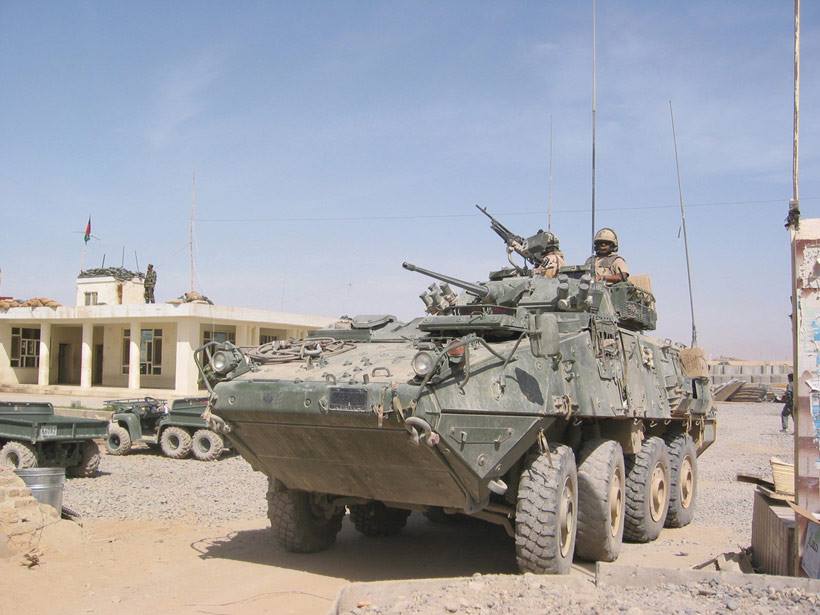 The final news update for this week covers something big, green and rocking a 25mm cannon. Full Battle Rattle Miniatures have put up pre-orders for the 1/50 LAV III they have shown off recently. This pre-order campaign requires a certain number of units ordered (50) before it will be fulfilled. The final product is being developed with help from Trenchworx and will be a resin/metal kit. the LAV-III is obviously designed for Canadians but looking around it could be easily used with other nations like New Zealand (especially great if you have some of Radio Dishdash’s figures).

Now, this isn’t coming in cheap. A single vehicle is about £40 which is slightly more expensive than similar vehicles from other companies. If you are wanting to roll a group of them, there is a discount code which you can use if you pick up three of them for a slightly reduced price. I don’t forsee everyone jumping on this pre-order, and there is a chance it will fail to get the needed units, but chatting to Alex at Full Battle Rattle and the involvement of Trenchworx gives me some confidence. If you’re interested, this is the direct link to the LAV-III on the Full Battle Rattle’s site.

Want to guess this week’s purchases? I’m going all in on the Canucks. I put my pre-order in for the LAV-III and tacked on the two packs of skirmishing infantry to roll around in it. This should give me a good force for Skirmish Sangin, with the possibility of adding them to another group (such as the US in their Strykers) for larger games. I’m planning to work on the Canadians differently to my previous forces, picking them up in smaller groups. I like the sculpting style of these guys so looking forward to getting them in hand and ready to paint.

I have a week off work coming soon meaning I’ve been looking at picking up some books to read for inspiration. Thanks to Anthony Beevor’s Arnhem being sat on my kindle, I’m having yearly desire to go pick up a box of Warlord Paras and start a new time period.

In a shocking turn of events, this wargamer actually did some painting! Rather then trying to re-motivate myself to finish off a few of the projects sat on my desk, I instead turned to the planned repainting of my Spectre Tier 1 Operators. My first attempt was a rush job back in x. Although they were okay, something about the colouring was off. This was compounded when I painted up the two later releases (female operator and breach). I resolved to start from scratch, so I stripped them, resprayed and now got to work on them. I’m going for a much more restrained colour pallet than last time, wanting to make them look a little more professional. Expect an article on them soon.