Let’s start this Wargaming Week, covering the 2nd through to the 8th of July.

This is going to be a short one as I’m actually on holiday, enjoying the UK’s current heatwave. As such, last week was pretty barren in terms of hobby (as I rushed to finish my tasks and then pack) and this week is going to be similarly quiet. However, there are a few things going on: 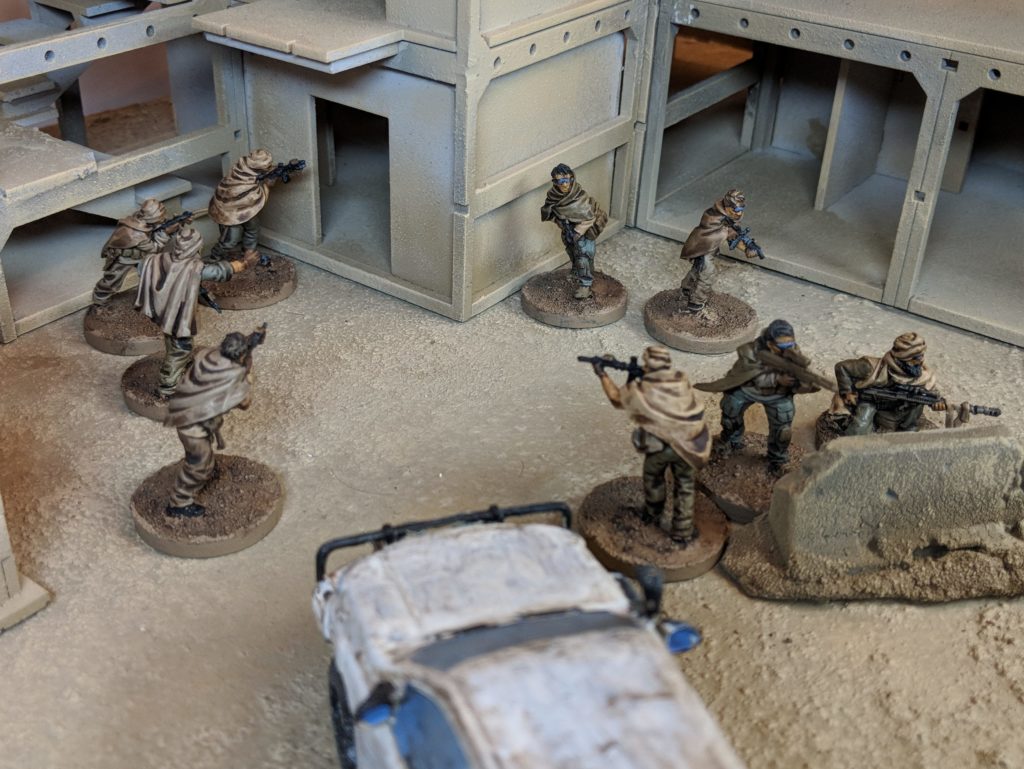 Last week’s post was the first part of a series called Range Impressions. The idea here is to look back at some ranges that have been out for a bit (mainly so I’ve had a chance to get them painted up), cover what’s available and then talk about how they can be used on the tabletop. Part 1 was looking at the Spectre Task Force Nomad range. 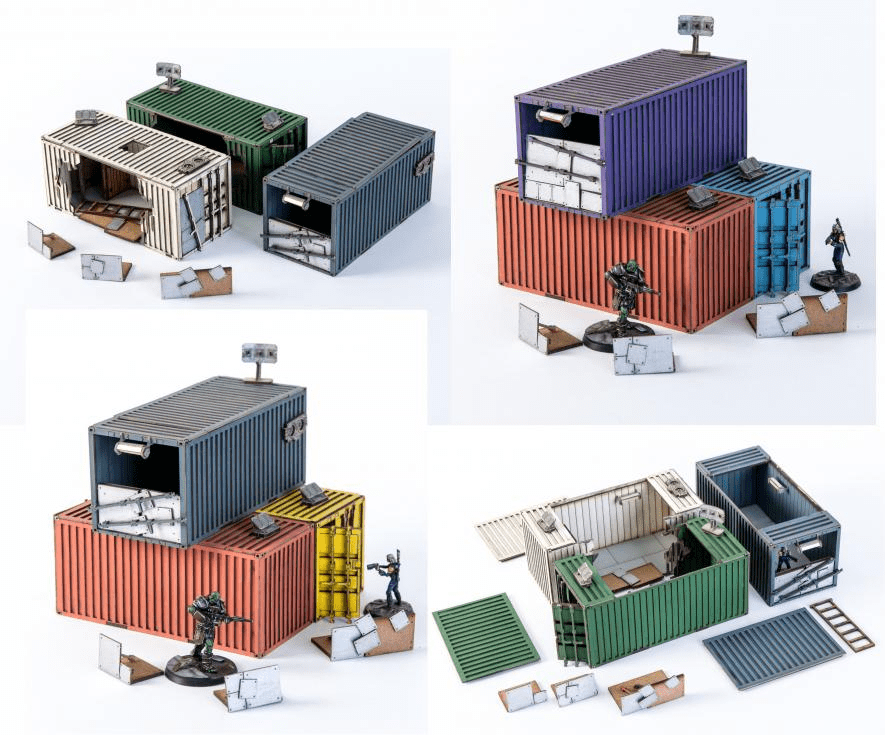 This week, 4Ground have released some damaged containers, perfect for decorating the slums or warzone you might find your team fighting over. These containers match up with some models originally released by 4Ground, letting you easily create container cities to fight through. There are three variations available with a different number of containers and accessories included to add details. As with all 4Ground stuff, such as the pylon I constructed, it comes pre-painted and ready to game with. 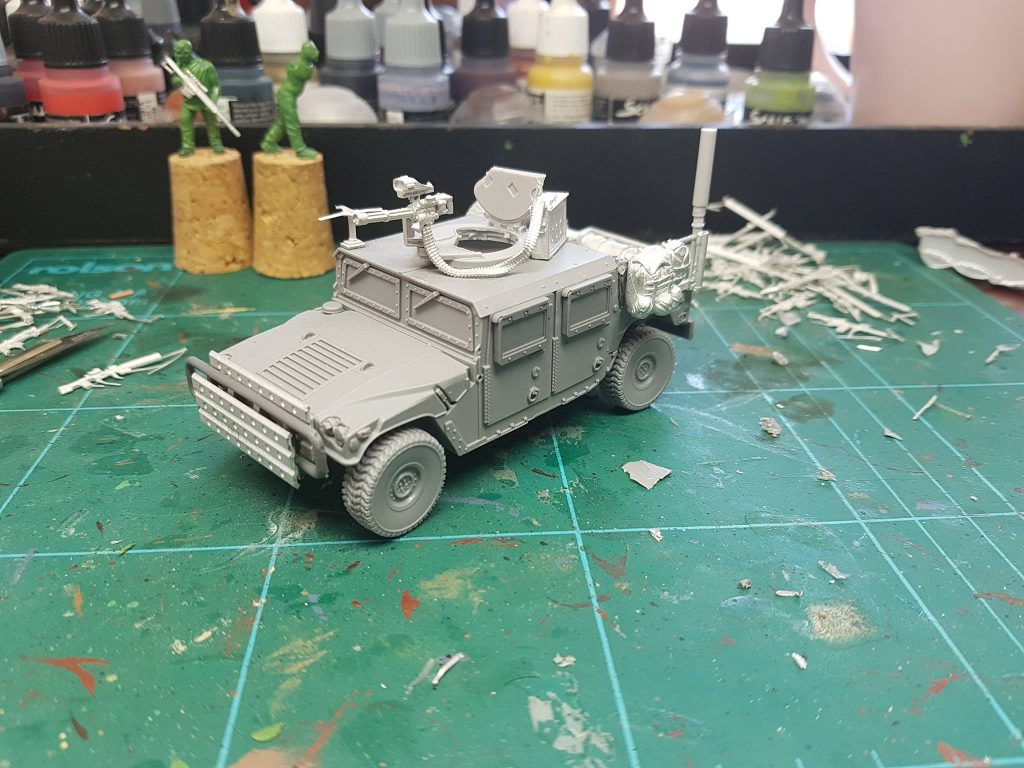 Spectre Miniatures have continued talking about their HMV range, including showing off some vehicles constructed using some pieces outside of the normal range. Vehicle 1 is a designed as an SOF mothership, carrying tons of kit, fuel and extra ammo boxes for the turret mounted minigun. It’s cool to see how well the technical bits work with only a few alterations. 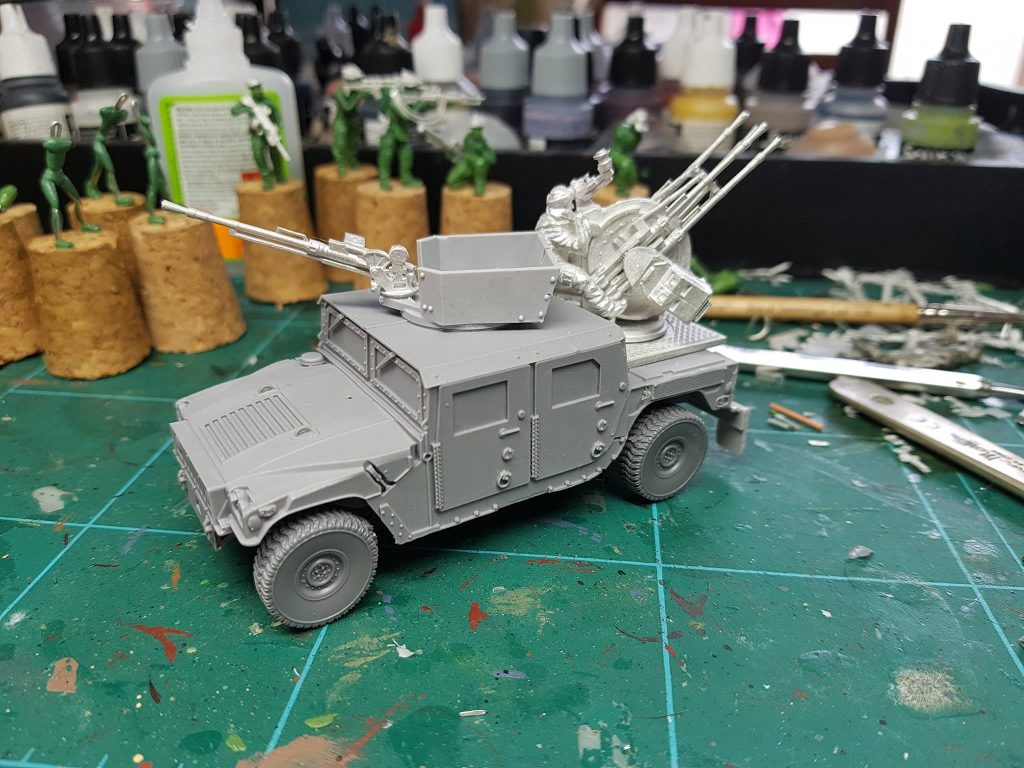 Vehicle 2 is based on some of the bizarre constructs coming out of the Middle East. This HMV has been upgunned just a bit, with a ZPU in the turret and a quad ZPU at the back.Not quite sure I fancy being near it when it starts to rock and roll but it’s certainly a cool way for an insurgent force to use the HMV.

Of course, these images also have some other interesting elements in the background if you break out the magnifying glass that are previewing some future releases. Based on a bit of detective work, I’m quite excited for what’s coming up! 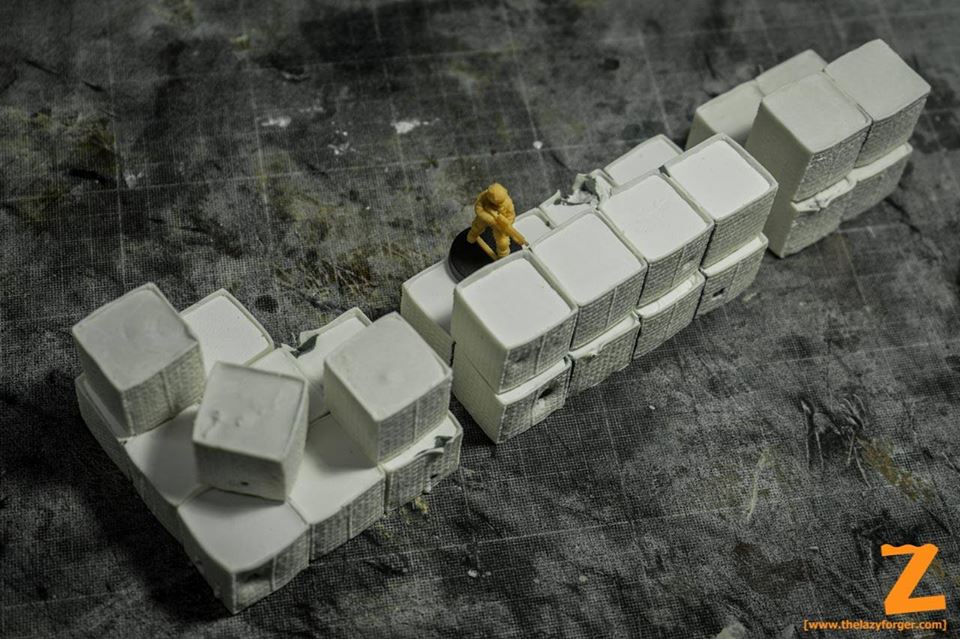 Finally, the Lazy Forger has been busy. After showing off some single hescos, he has now got to work assembling those starting points into a few terrain pieces. This will make it easier when building your emplacement and saves you assembling the singe ones to have to explain the piles of earth around each stacked hesco. As I’ve been re-reading Red Platoon again, I’m going to be jumping on these once they are released so I can build up my own FOB.

(Disclaimer: I have done writing for Radio Dishdash in the past (such as the Plausible Deniability book, still available from the Radio Dishdash store)

Wait hold up, not finally. Coming just before my usual deadline of 10pm Sunday for writing this post (I blame those crazy New Zealanders), Radio Dishdash have shown off some test casts for their upcoming Ultramodern US and Russian kickstarter they have planned. I have had mixed feelings about some of the figures from their Day of the Rangers kickstarter (which are 3D sculpted rather the excellent eBob sculpts for the earlier RDD figures) but these guys look pretty promising. After going back and checking for more new on the kickstarter, it looks like we’ll be getting the US and Russian infantry and a wheeled combat vehicle for each nation (the Stryker 30mm variant and the Russian Boomerang IFV). I also missed some generic Western SF guys which were preview back in April and they look like they could be used almost anywhere. Expect some news posts once the kickstarter goes up.

EDIT: Oh look someone else who decided to share news literally as I was shutting down for the night. Jerwood Miniatures have put up the first four packs from the Venexia ranges they reccently purchased. So far you have two packs of French (fireteam either in beret or helmet) and two packs of Italian (standard infantry or bersalgeri) with assault rifles. There is also a pretty decent sale currently running on all these figures. I’ve never seen the Venexia stuff but its alright from the few pictures I have found. Looking forward to seeing what else comes from these ranges.

Right, that’s me done for now. I’m gonna go back to reading Anthony Beevor’s Arnhem book in the sunshine and planning out a few things. They’ll be a range impression on Friday and then I’ll be back with a new Wargaming Week at the end of my holiday.