Let’s start this Wargaming Week, covering the 16th through to the 22nd of July. 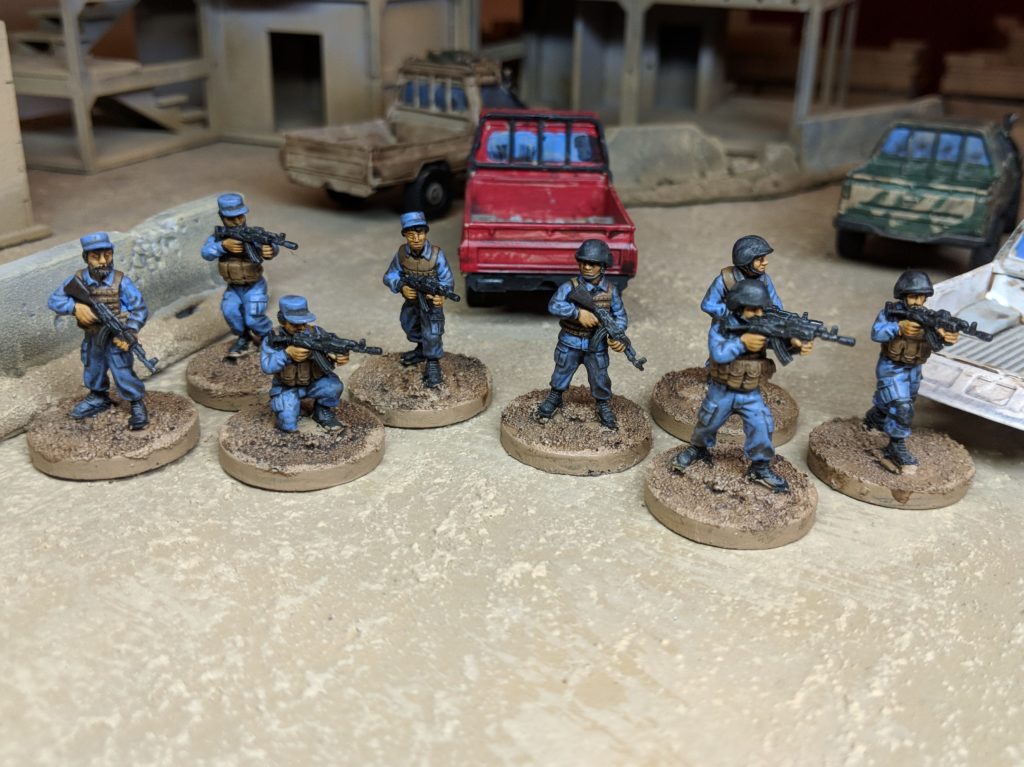 This week’s post was a Range Impression of Eureka’s excellent ANP sets. I’ve really liked using these guys on the field, both for their look but also for the different opportunities they provide for a BLUFOR player. Going back and looking at these older ranges is really making me want to break them back out and write a few scenarios for them, ready for when I get a chance to hit the gaming board again.

The Spectre preview train is a-rolling and they are showing off some more scenery options. And in the case of these walls, finally! Those walls were previewed last year at the Spectre event and I’ve been quite looking forward to them – chest high cover is pretty much vital for most battlefields so having some pre-made stuff is great. As well as the walls there also appears to be some stacks of boxes and supplies that seem interesting. More news when these get released and then I can finally get round to decorating my Knights of Dice buildings by adding some extra cover. 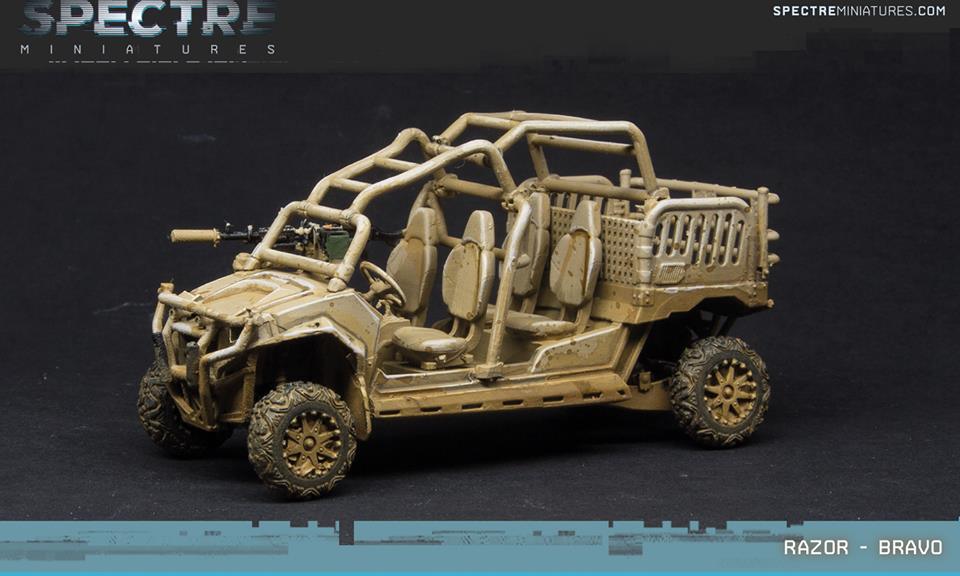 Spectre also surprised us this week with another release! This time we’re looking at the extended version of the Razor, seating four “internally”(as much as you can be on this vehicle) while still leaving the rear cargo bay free for storing kit and munitions. The kit uses the same upgrades and crew as the original vehicle (which I looked at back in my impressions) but there will be some additional crew and stowage options coming soon to take advantage of the change in setup.

Finally we’ve got a small update on the LAV-III from Full Battle Rattle Miniatures. The pre-order program is going to be finishing off at the end of the month and they are not quite at the goal they need to guarantee production. The end goal is the 29th of July – if they have reached the target number of vehicles production will begin, if not refunds will be going out. I’m really hoping they get the numbers but if not, I’ll still be picking up some Canadians to take a look at. Fingers crossed they work something out.

I may have bought some more stuff for Dungeon Crawling. We’ll take a look at that next week. 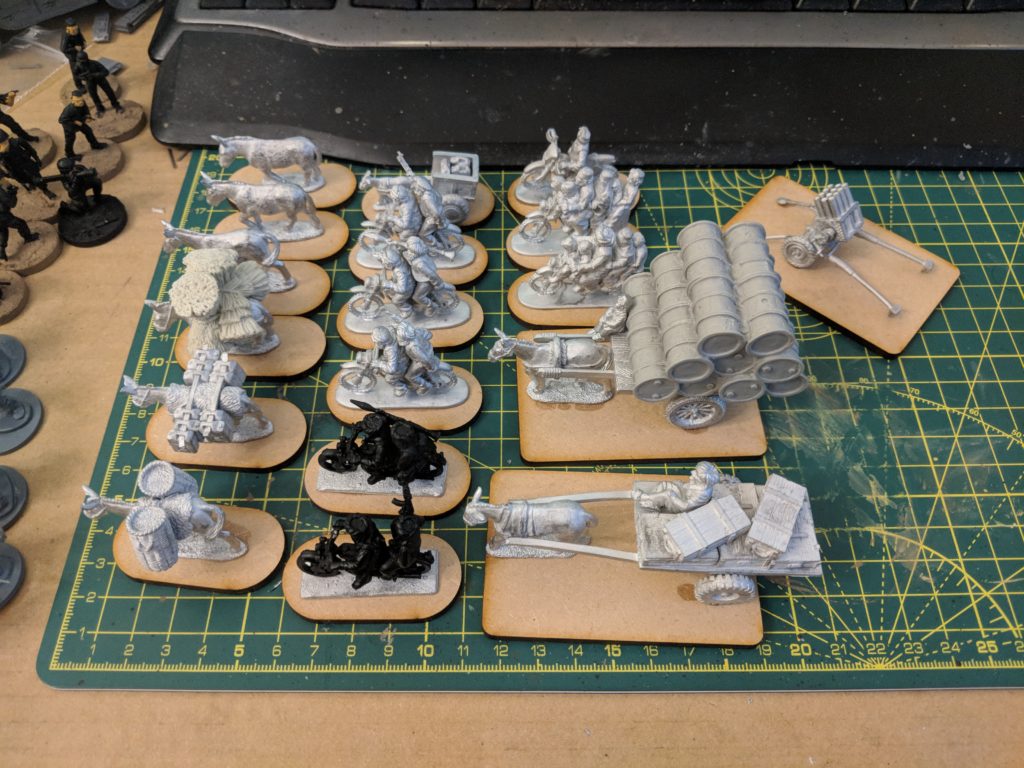 Bases! Finally all of my odd sized purchases from Salute are finally on MDF bases. It only took them three and a bit months but they are one step closer to being ready for the tabletop. I’m going to sit down at somepoint and get everything that is waiting to be undercoated done. I’m quite excited about getting the bikes and animals ready for the table top – it should hopefully make missions involving the local population a bit more interesting.

I also managed to order the wrong bases sizes so for the next 40 or so guys they are going to be on slightly bigger bases than everyone else. But no one is going to notice, right? 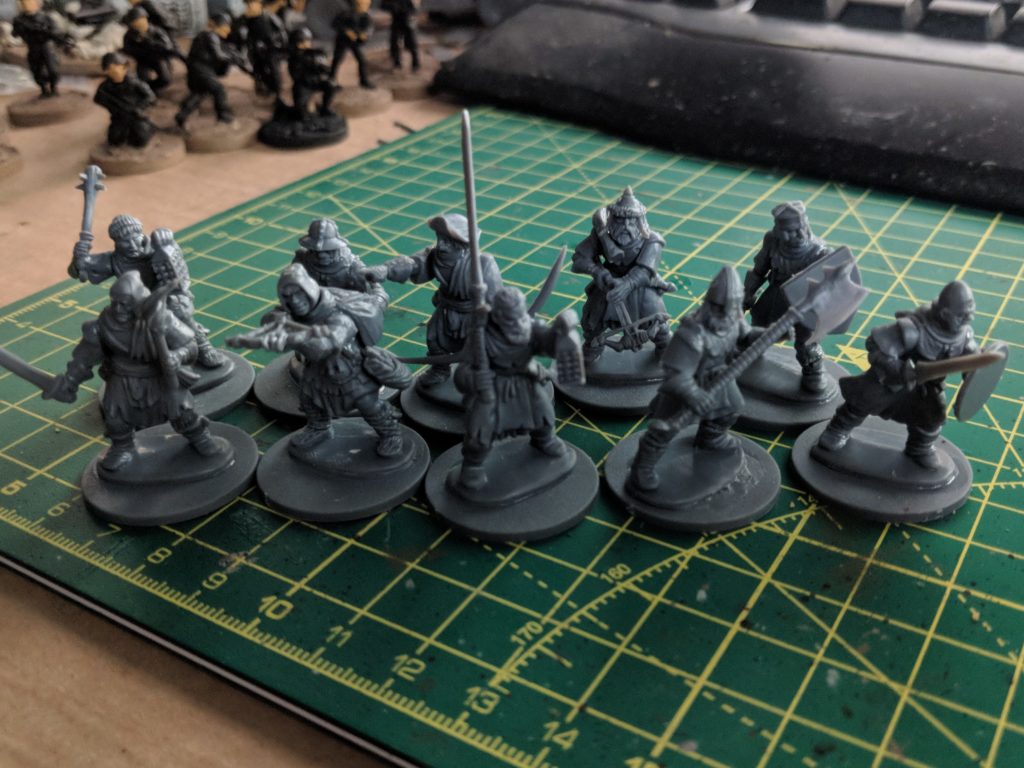 Look, fantasy figures! The Frostgrave Soldiers box arrived and I eagerly jumped in with plastic glue and clippers. So far I’ve built half the figures from the box but, after seeing how modular they are, decided to pick up a sprue for the barbarians and cultists and get to work doing some hybrids. As such, construction has stopped until they arrive. However my greater concern is seeing how many bits are left over on each sprue after using the bodies. I’m gonna need a bigger bits box. 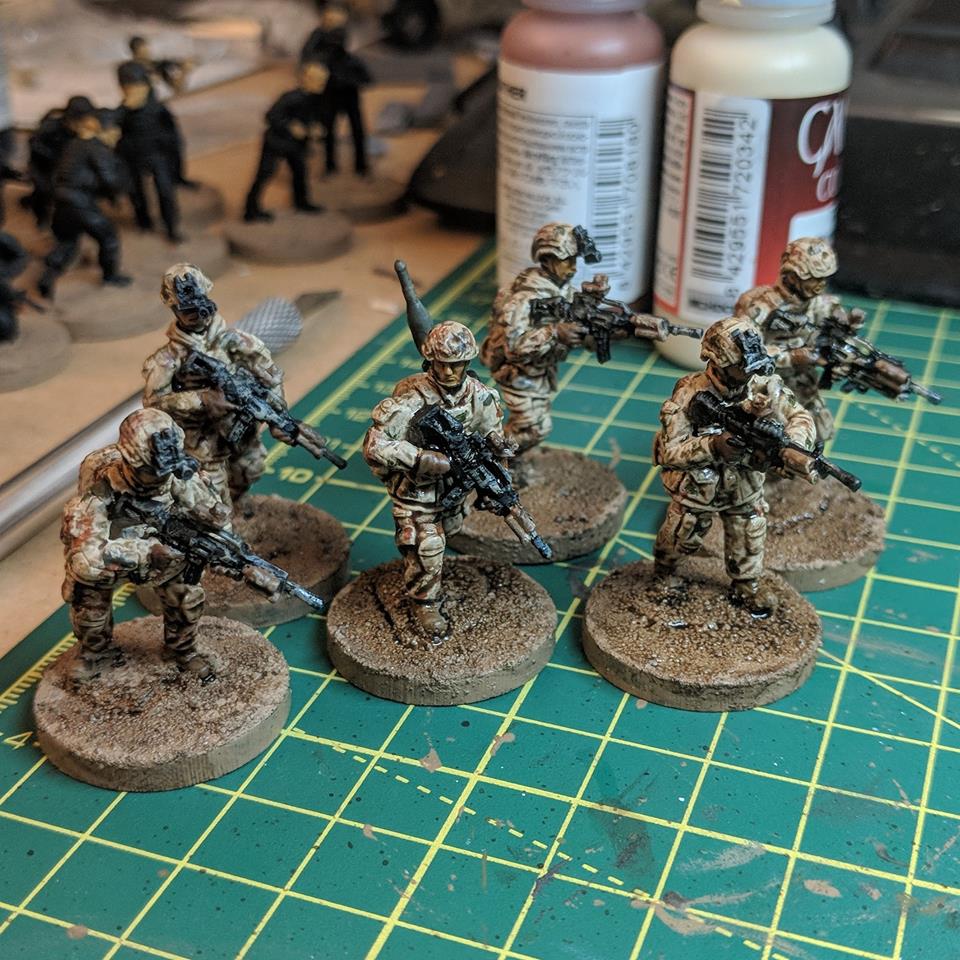 Also the painting of Germans has continued. I’ve gone back over the first colours and made sure it’s neat before getting into the camo on all figures BUT I managed to sit down and finish off the first squad. I’ll be going over the paint job in the post but it’s definitely one I wasn’t happy with until the final stage. More details on Friday!