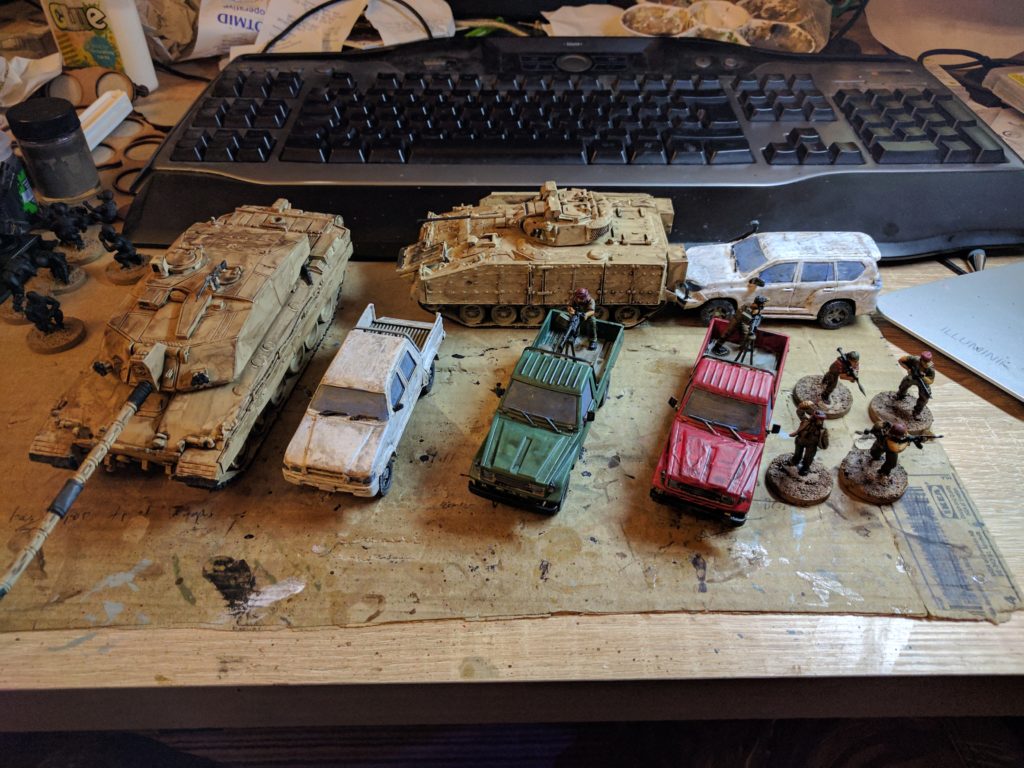 Less productive week this time but still more soldiers for the Crimson Militia. Three more Spectre MENA miltia ready for the board. 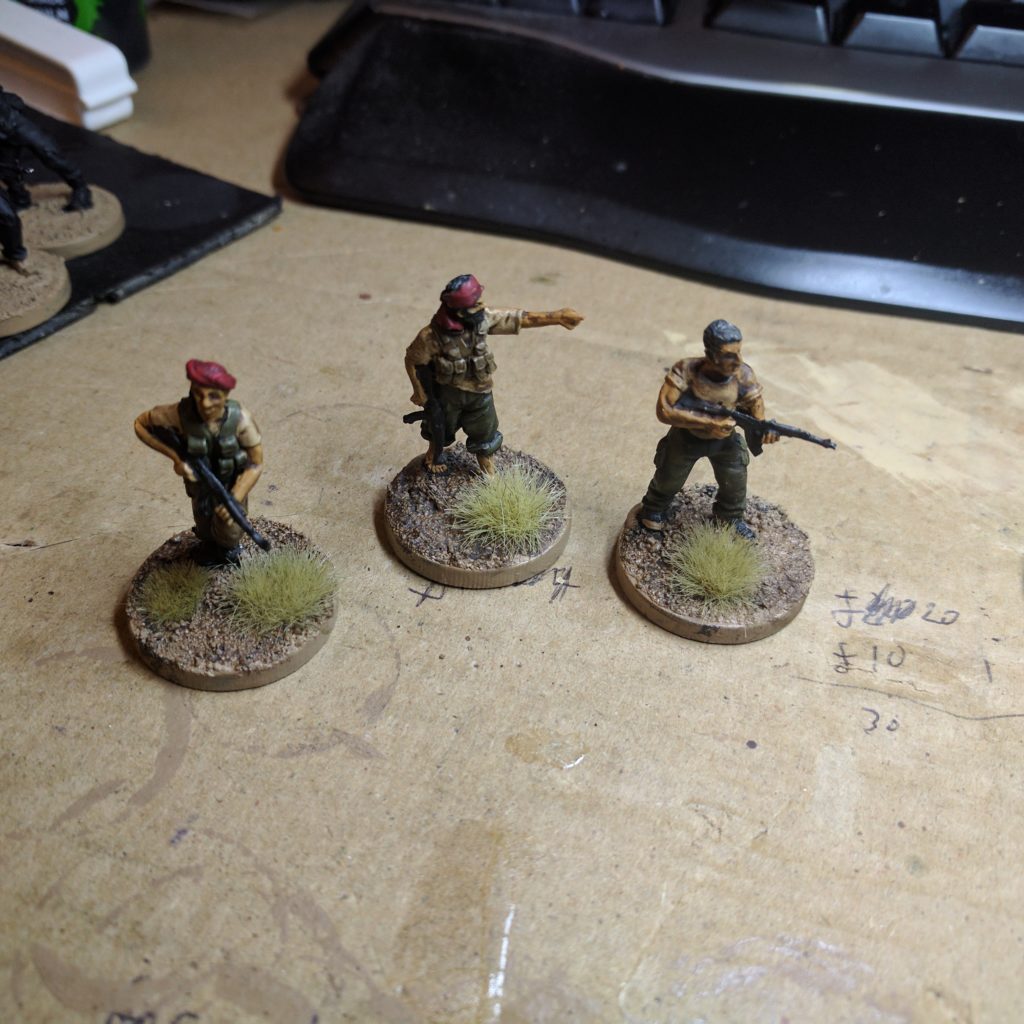 Over my Christmas break I intended to get some stuff painted. However, I ended up doing a lot of other stuff (like going on walks with family and a day of KillTeam in York) so I didn’t get a huge amount done. I did manage to paint the bases on a large number of the insurgents I had been working my way through. 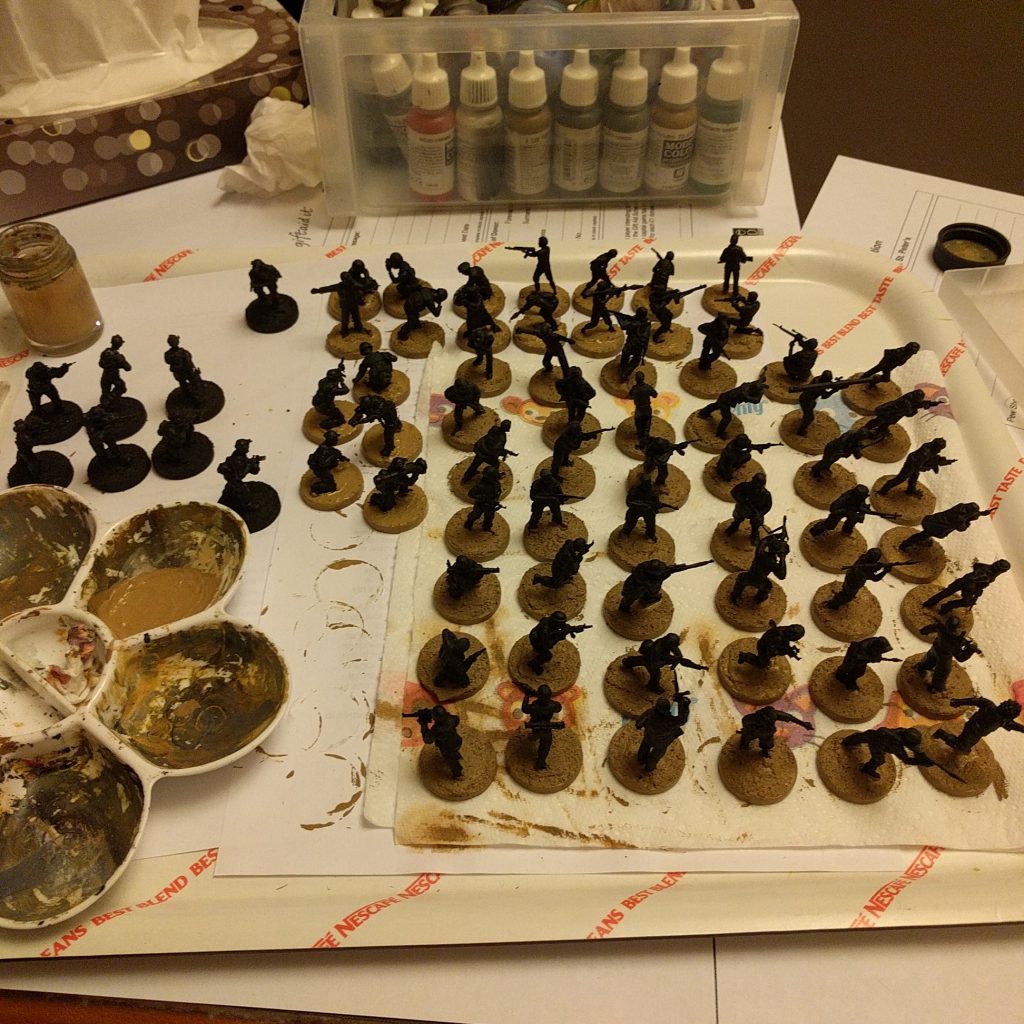 Just this week I did the finishing touches on the rest of the figures I had partially painted. As with all the Spectre figures they are great fun to paint. As with my last set of insurgents, I’ve kept using the red colouring (in bandanas, t-shirts and scarfs) to theme them when deployed together on the tabletop. 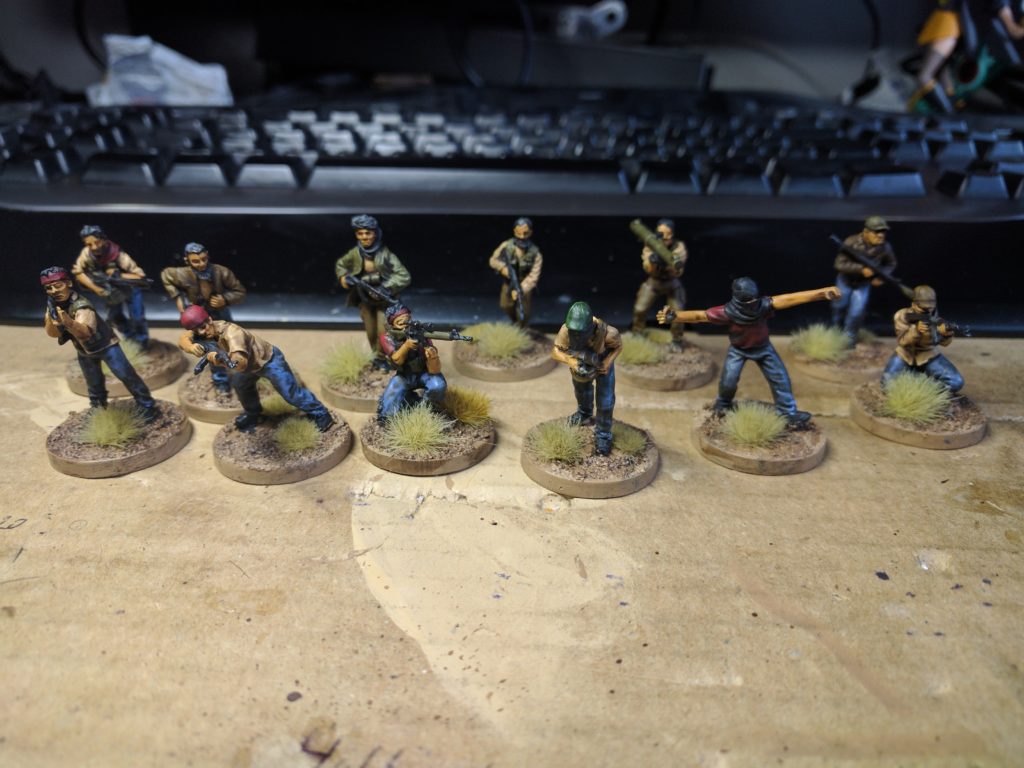 The next step will be to carry on painting up the insurgents I have left. This means I can more easily deploy large numbers of them which are required when going up against the more well trained and equipped forces. 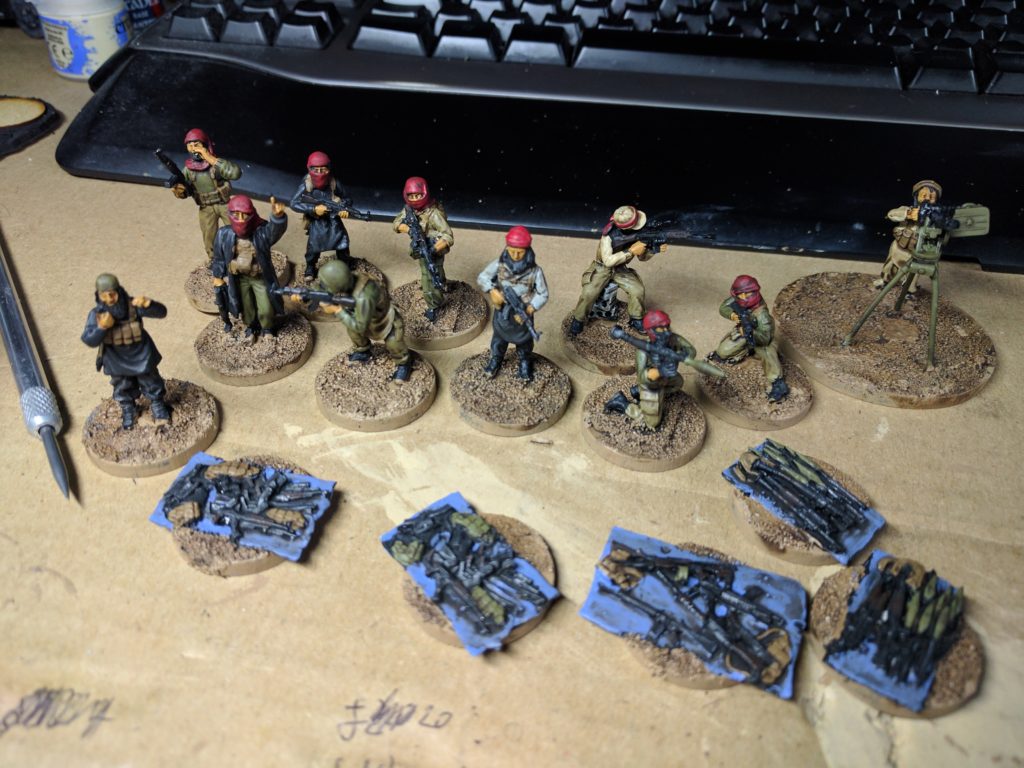 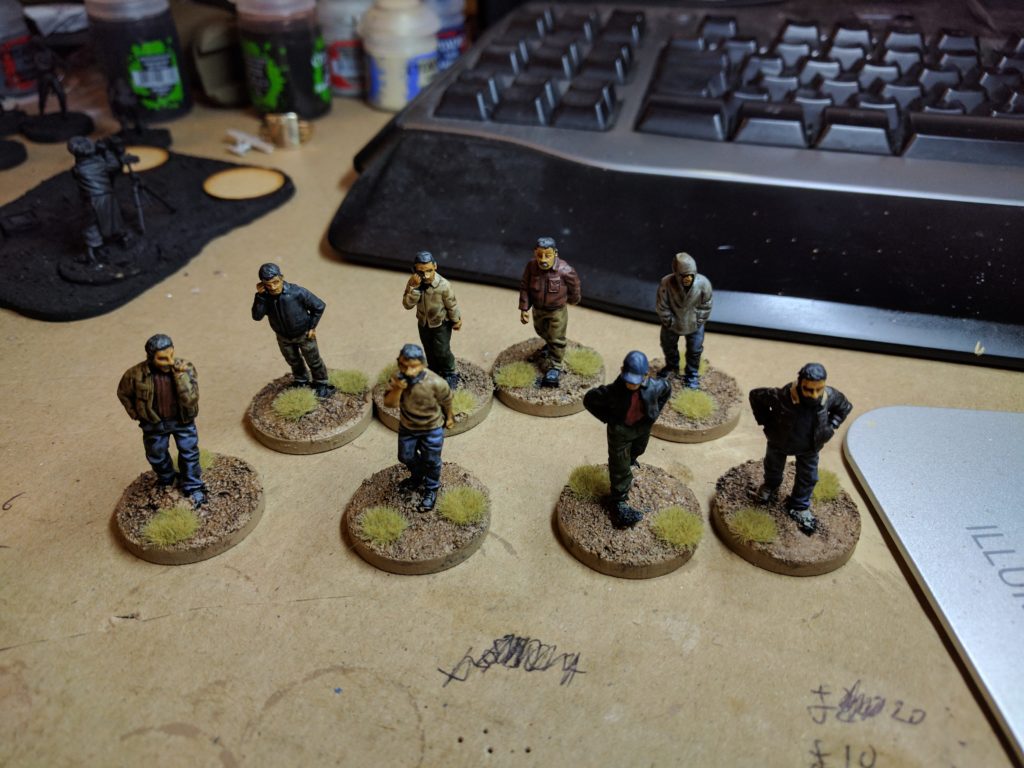 First stage done – I have finished my MENA civilians from Spectre. The figures are perfect for civilians to dot the tabletop but their posing makes them easy to use as objectives or intelligence operatives (the guy in the baseball cap will probably be an undercover agent rushing for extraction).

Painting wise, I tried to stick to a similar colour scheme as my Afghan civilians but with a few additional tweaks to make them look slightly more modern. Simple blocks of colours with the usual Agrax Earthshade wash. The main difference was the use of Nuln Oil on some figures, especially on the jeans but also the burgundy jacket on the chap in the back row. This helped to add some depth to the colours without requiring masses of layering.

If you have been following my blog, last year you would have seen The Lead Mountain – an attempt to paint all my figures. Well it went as well as you would expect the average wargamer’s attempt to paint up everything would go. I also drove myself mad and posted up repeated posts going “I didn’t paint anything :(”

So this year I’m doing something different. I’m setting a much more manageable goal – themed posts with a smaller subset of figures to paint. Think of this as a nice winter feature where you get to see more painted miniatures than usual. Lead Mountain 2 will run from now (middle of November) until the end of February 2017. I’m aiming for at least a post a week, with a group of figures (fully painted and based) in each one.

As you might have guessed from the title, I’m going to be painting up my literal pile of OPFOR that I’ve collected. The models are a mixture – mostly Empress and Spectre ranges (Insurgents, militia and criminal element) but there is also a few remaining Eureka weapon teams and the models I reccived from the Day of the Rangers kickstarter to represent the Somalis. So a nice mix and not too much camo to paint. I can’t see the pile growing but the potential could be the SPG/rocket launchers from Eureka or whatever Spectre have been cooking up….

I’m looking forward to it!